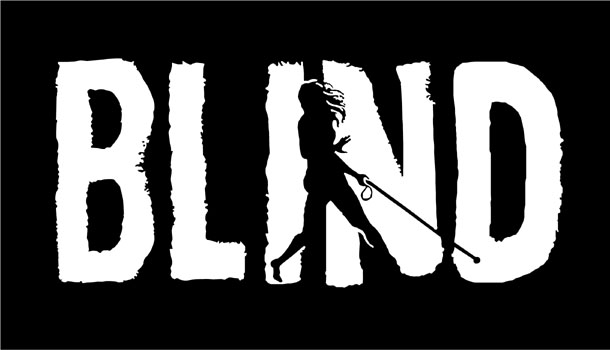 The new psychological thriller, Blind has just released on Steam and is now the third game to take a shot at visual storytelling without the visuals. In 2015 we had Beyond Eyes where we helped a little blind girl find her cat. In 2017, Perception stripped away the color and whimsical art style of Beyond Eyes and created a monochromatic sonar vision style to mimic the echolocation skills of its heroine as she explored a haunted mansion. Now, just over a year later, we get Blind, a game that easily does the best job of recreating the effects of blindness by putting the experience in VR. Once you put on your VR headset you are effectively as “blind” as the woman in the game, as you begin the search for your missing son.

Blind is much more puzzle-centric than past games dealing with vision impairment, and the random scares of Perception have been turned into an underlying sense of suspicion and suspense as you explore yet another mansion using one of the best representation of echolocation I’ve seen in a game. The entire game is in pure black and white from the opening story panels to the moment you wake to the creepy Warden’s voice who will guide you on your adventure. Any sound will send out this pulse that will bounce off and reveal surrounding architecture and interior items for a brief moment before your surroundings fade back into darkness. It’s really a quite convincing effect in that small noises send out smaller pulses while louder noises like dropping a book on the floor can momentarily illuminate an entire room. There is one hallway lined with windows that are all glowing due to the rain hitting them outside, and thunderclaps can reveal all of your surroundings in surprisingly good wireframe detail. 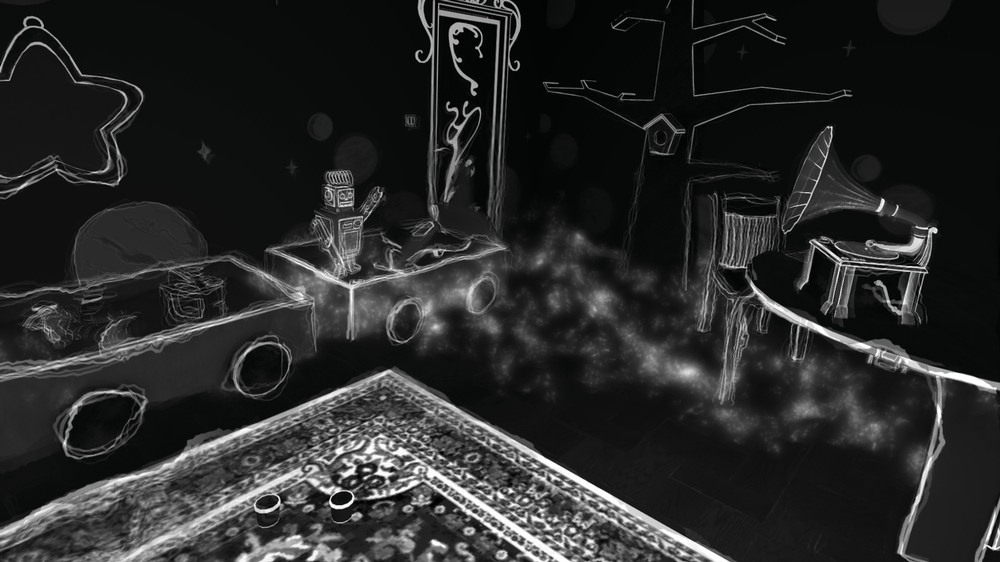 I played Blind on both the Vive and Rift and while the game does support room-scale there is nothing in the game you can’t walk right up to, so the game is just as easily (and more safely) played while seated. The motion controllers are replaced with in-game hands and can grasp and manipulate items, and once you get your cane a single button will summon it to your grasp and you can tap it on the floor, walls, railings, or any piece of furniture to reveal your surroundings. The physicality makes it slightly more immersive than the cane-tapping from Perception, but no less annoying over time.  There were no noticeable differences between the two systems although I did find the Oculus Touch a bit more comfortable for extended play.

The game is quite interactive and the puzzles reminded me of the early Myst games, but a lot of the difficulty in Blind isn’t in the design but more in the presentation. Very early on I was stuck in the second or third room searching for a statue. I didn’t have my cane yet so the only way to see my surroundings was to wait for the sound of a nearby music box to bounce off the walls. Finally, the Warden’s voice said, “did you check the paintings?” I remembered seeing some white square shapes on one of the walls earlier and sure enough one of them was hanging at an angle, but I am not sure I would have ever found it without that audible clue. Sadly, that was one of the only places where the game actually nudged me back on track. 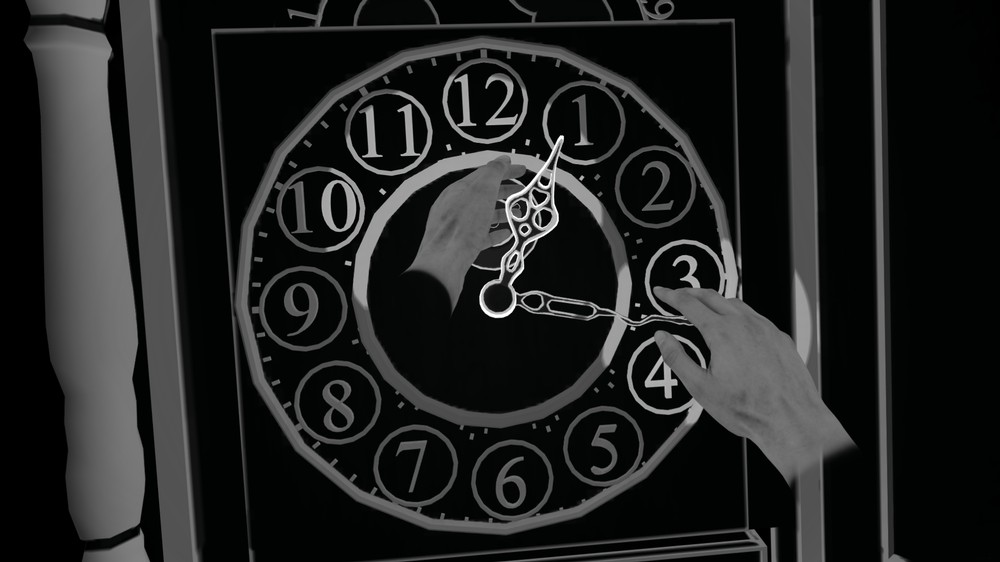 Blind favors the puzzle aspect of the adventure genre, and while I don’t mind a good puzzle now and then, when your entire game is basically nothing but a string of them the only thing that usually keeps me hanging in there are awesome graphics. Now that the experience has been stripped down to black and white wireframe and requires frequent arm swings to tap for sound pulses the entire experience got frustrating and even annoying about an hour in. One of the cool concepts in Perception was that making noise revealed your location, so you had to balance the concepts of seeing versus staying alive and every tap had that underlying suspense of being discovered. In Blind you are free to tap…tap…tap essentially keeping your surrounding lit while you search the house and solve puzzles. I think a big missed opportunity was not using the VR’s built-in mic to let you use your voice to send out echo pulses.

The puzzles themselves are often frustrating, both in their design and solution and the added obstacle of impaired vision doesn’t help matters. Sadly, I never felt satisfaction when I solved a puzzle; only relief that it was over and a slight sense of dread at whatever puzzle was next. Exploring the house was an interesting and immersive experience. I enjoyed the attention to detail at the sound and pulse variance when you hit various surfaces with your cane. Throwing a pillow versus a book also offered a realistic result in how much was revealed. 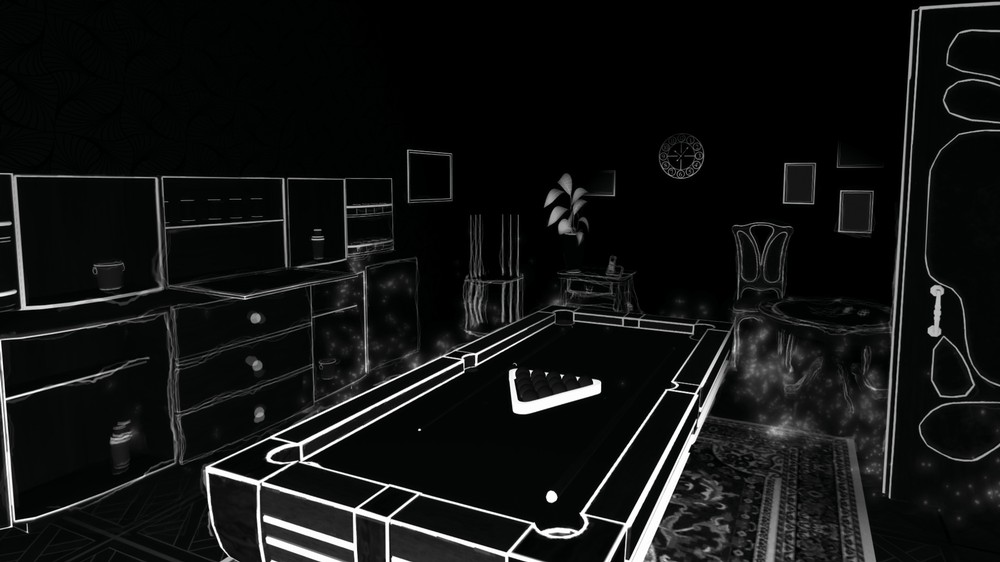 Blind is certainly the most convincing representation of its titular disability, mostly due to the fact you are just as blind as the character while in VR. It’s worth noting that this game does cause your pupils to enlarge, so be careful when removing your headset. I also found it better to play in a dark or dimly lit room to avoid any distracting light leakage around your nose.  Based on your puzzle-solving skills, Blind will take several hours to complete, but I can’t honestly say how many of those hours you will actually enjoy or if you would even finish. Even the cryptic story was never compelling enough to want to see if unfold.

Blind is a hard recommendation at its full price of $25. While I did find its graphical depiction of echolocation interesting as a gameplay mechanic I just didn’t like the game. It lacked motivation throughout and its random assortment of puzzle types and its own inconsistencies with how to solve them just made the entire game a chore to play, especially for a genre that is better seen and not heard. 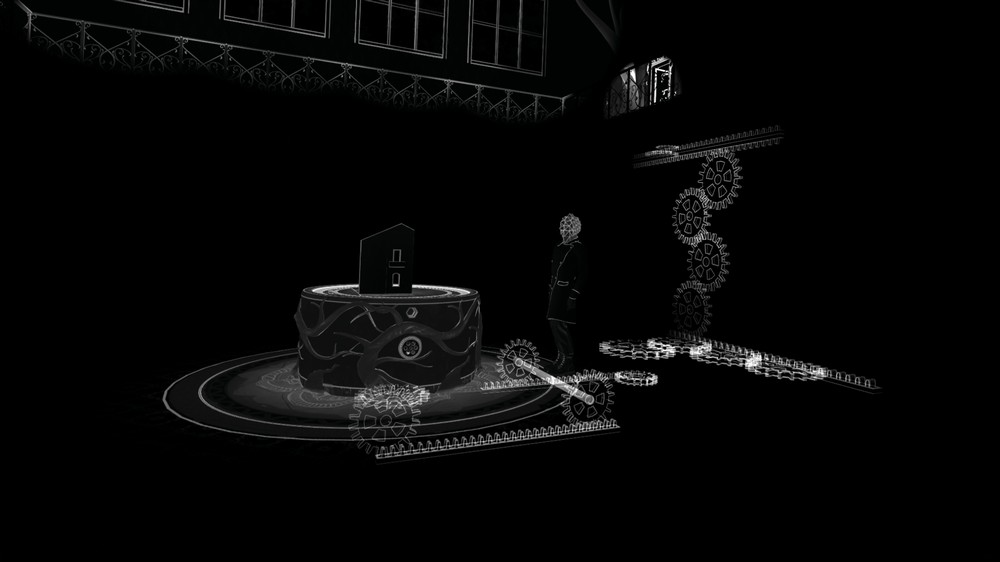