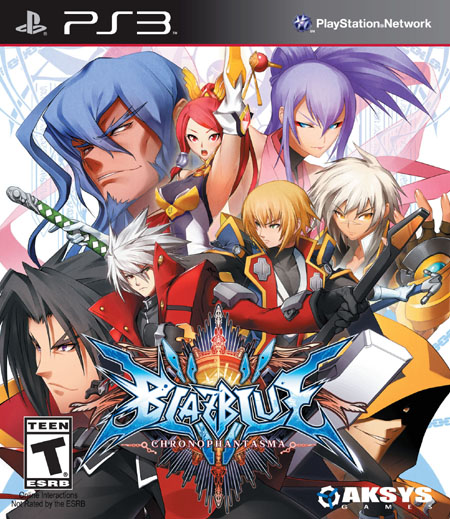 A huge cast of distinct characters, a huge number of modes, refinements to the game's formula.

The story mode is getting harder and harder to follow with each iteration, and some of the writing can be overly exposition-heavy.

A solid update to a solid game and pretty much a must-buy if you're already hooked on the series.

So, I should get this out there to begin with: I’m pretty bad at fighting games. Like, I enjoy playing them, but I’m fairly incompetent. So, this is a deeply casual player’s review here, and people looking for serious mechanical or balance insights are probably better off looking elsewhere. That said, I’ve been playing the BlazBlue games since Calamity Trigger came out four years ago, and have always enjoyed Arc System Works’ fighting games for the sheer cast variety and the effort they put in to making the games worth playing for the non-hardcore.

With all that said, Chrono Phantasma, the newest BlazBlue game, has pretty much what you might expect from a fighting game update. Nearly all the characters from the previous games, in addition to five more packed in, and two as DLC, bring the potential roster up to 26 fighters, each of which brings something different to the table.  The horrible, bug-infested wizard blob Arakune evades his opponents until he works up a curse, then puts absurd pressure on them. The puppetmaster Relius Clover can use his meter to effectively play as two characters at once. For the new characters, feminine actor Amane Nikishi focuses on managing space and chip damage, punishing defensive players much more than other BlazBlue characters do, while Azrael is a huge guy who can drop weak points on opponents for even huger damage. It’s kind of amazing that Arc System Works has managed to make a game with 26 characters and give them all meaningfully different mechanics. 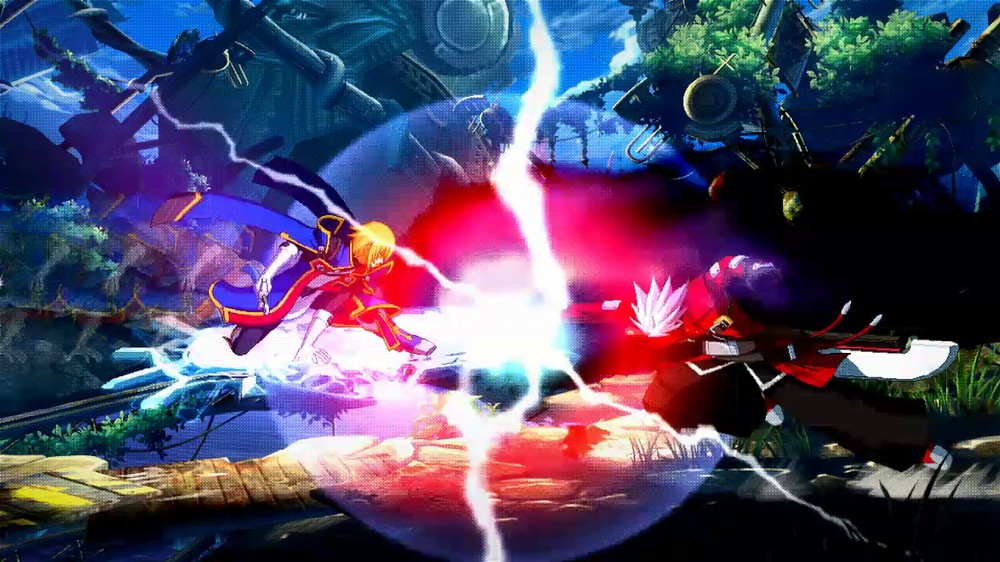 Also notable is the efforts they’ve put in the clean up the game’s presentation for this release. They’ve re-recorded all the characters’ lines with their current voice actors, new music has been recorded, and sprites have been redrawn. BlazBlue’s always had great aesthetics, and with the new character sprites and character voices, it’s a real step forward.

The game’s mechanics have been updated, of course. The most notable change is that drives now regenerate, and each character now has an overdrive. The character’s drives are special moves that range from changing your fighting stance to changing the wind to control your jumps and projectiles, while overdrives are a mode that changes how your character performs, with a longer duration the closer they are to death. Each character has a different one, from Iron Tager’s Voltic Field constantly pulling opponents closer to him, or Taokaka’s Almost Becoming Two!, which summons a doppelganger and changes the effects of many of her attacks. Additionally, the guard break mechanics have been simplified, dropping Guard Libra and Guard Primers in exchange for Crush Triggers, a mechanic that lets you break an opponent’s guard, or seriously damage their barriers. I really enjoyed it as a change, never fully understanding how Guard Libra and Guard Primer worked.

Single-player is still a huge part of BlazBlue, though the story mode’s been cut down a little from previous games. Now, instead of every character having their own arc, the story mode is broken into three branches, capping off with a true ending, once you’ve beaten all three. Rather than picking who you want to play as, you either go for the Sector Seven, Chrono Phantasma, or Six Heroes plot arcs, and then go through the story, fighting as whoever’s most relevant at the time. 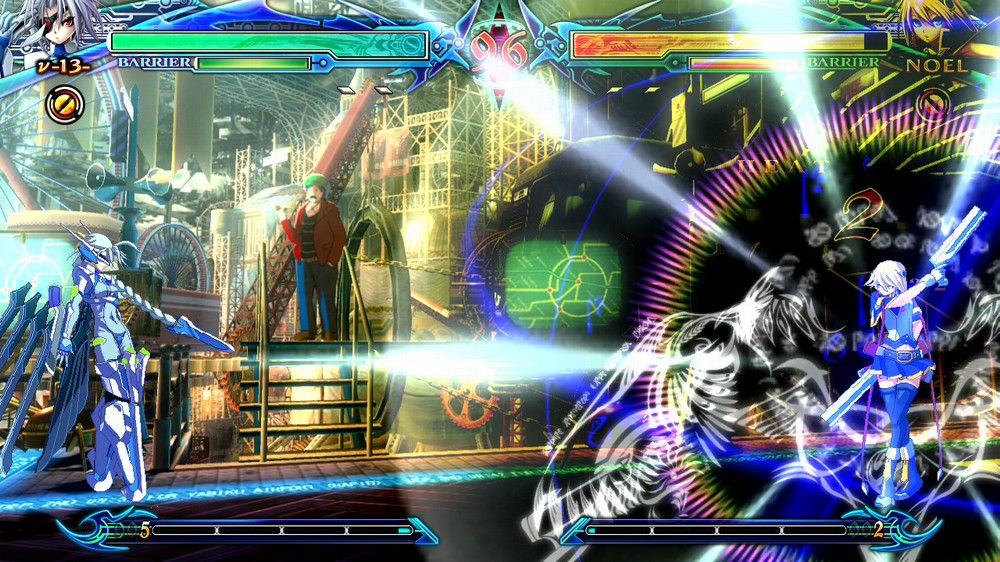 It’s a little bit of a letdown after how much of a broad, arcing visual novel the original games were, and the sheer amount of continuity is pretty daunting, even having played the previous games and watched the Teach Me, Miss Litchi! recaps. Still, for the people who’ve managed to hold onto the threads of the story, it’s still a decent experience.

If you don’t want to spend hours going through exposition and trying to remember who all the characters were, in terms of story, there are still a good number of other modes. Unlimited Mars mode lets you go up against more powerful versions of the characters with enhanced AI, competing for high scores. Abyss Mode lets you fight enemy after enemy, with occasional bosses, earning money to spend on character upgrades. Score attack is a little bit like a more gentle, more vanilla version of those two, and Arcade Mode is… Well, an arcade mode. Still, it’s nice to have it there. As for the online versus, the netcode is surprisingly good, and I didn’t have significant difficulties when playing online.

BlazBlue: Chrono Phantasma is a solid update to a solid game. With each release, Arc System Works manages to make the game easier to get into, and more fun to play. It’s pretty much a must-buy if you’re already hooked, and for new players who’re interested in getting into the game, it’s a solid starting point, with mechanical changes that make it easier to handle. 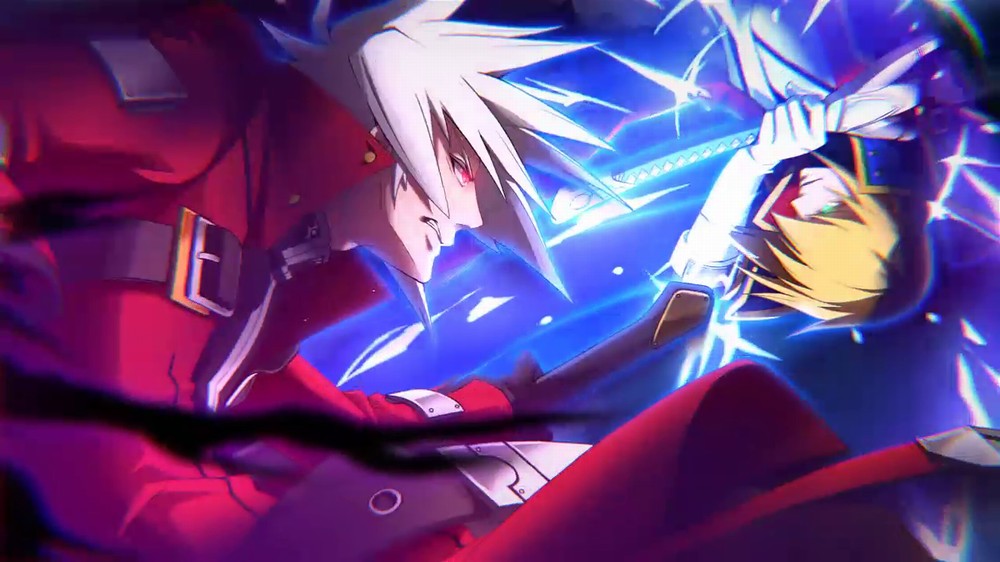 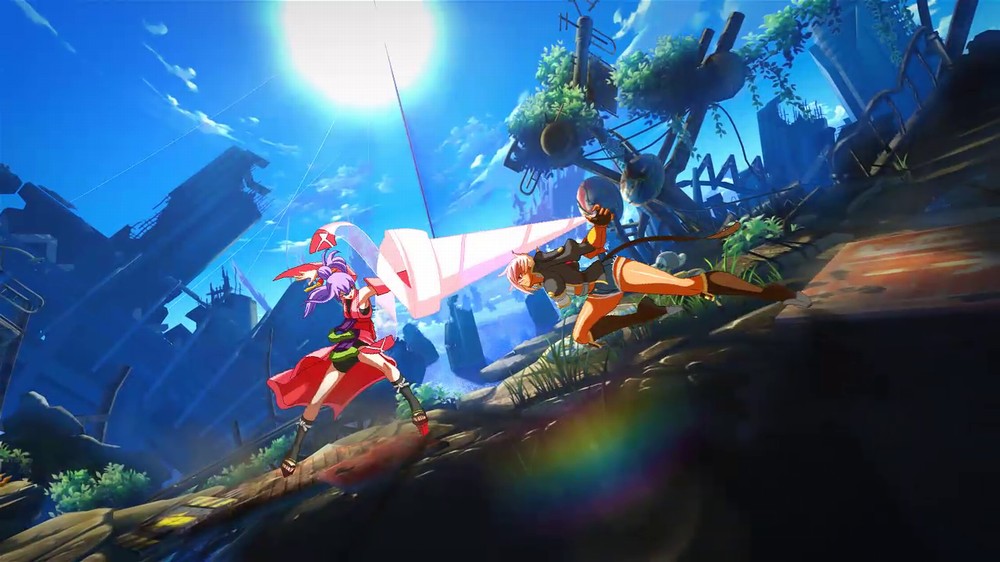 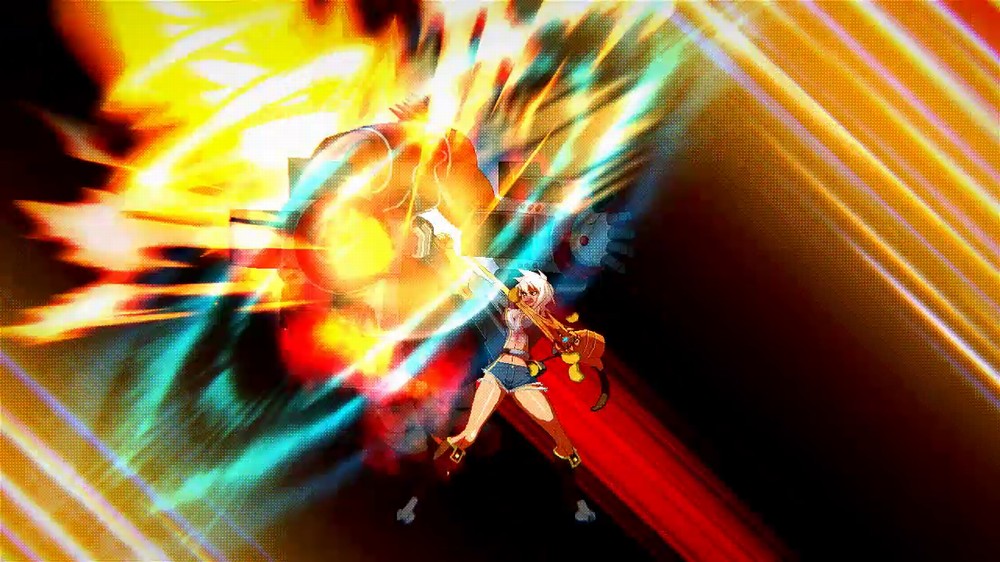 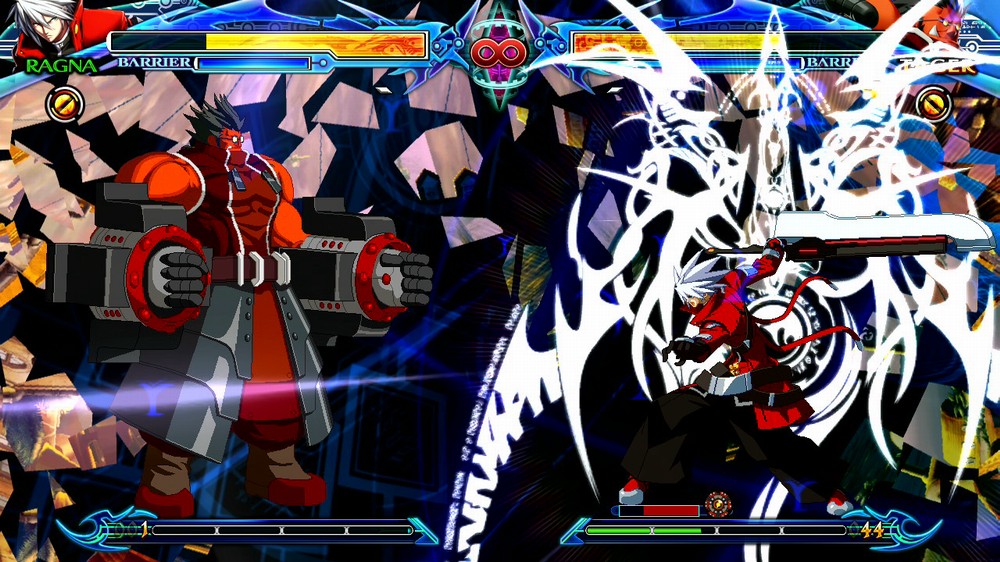 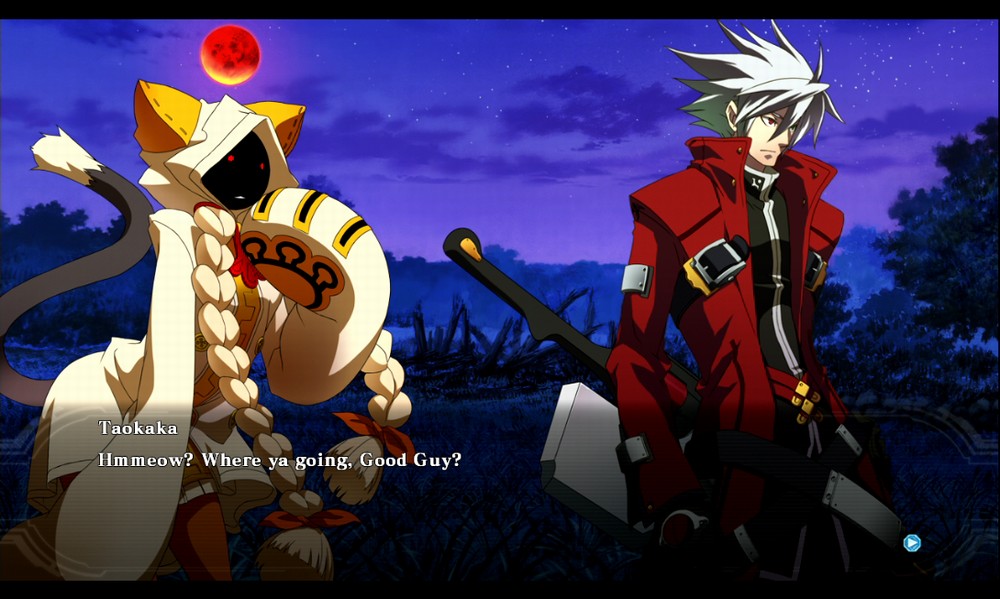 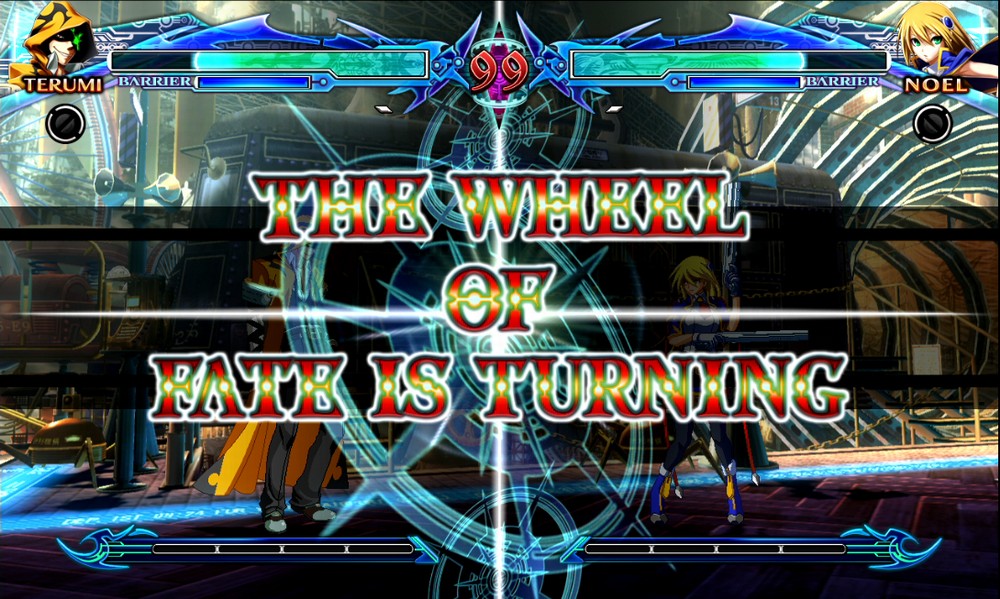 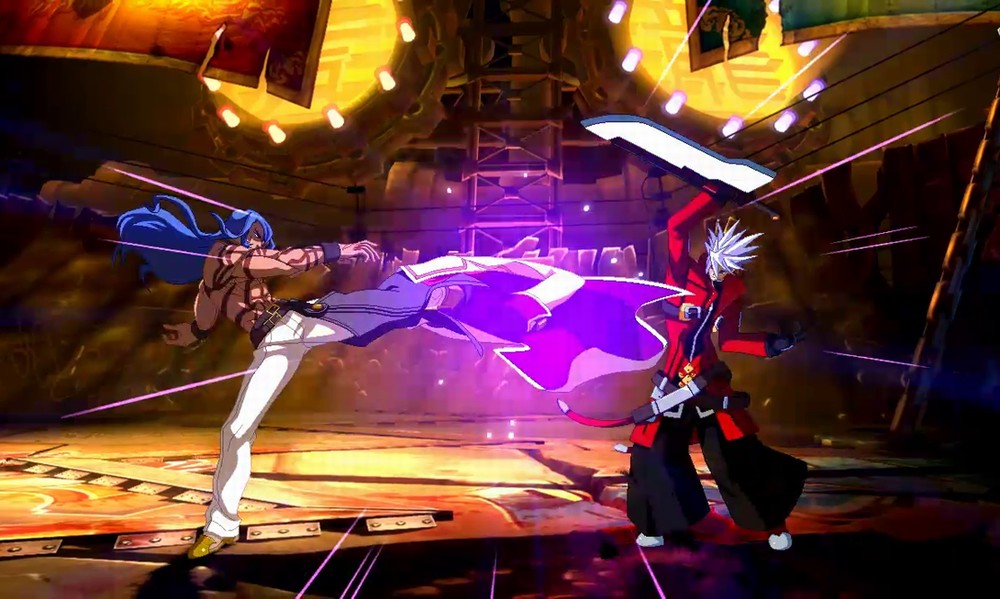