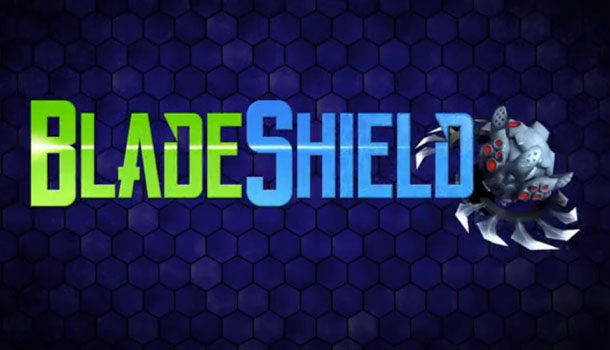 - Not much substance
- Can get repetitive

BladeShield is a tremendously fun and totally addicting VR arcade game that turns your play space into a futurist space station and your Vive controllers into any combination of shield and light sword. The premise is simple. Using the buttons on each of the Vive controllers you can toggle between light sword and shield in either hand for a traditional sword/shield combo or matching pairs of either as you face off against endless waves of incoming robots, laser turret fire, and other deadly enemies.

The game is totally arcade in its design with your only goal seeing how long you can survive. You are allowed to start your game at Level 15 and 30 to skip previously played waves, but there is no instant score boost for doing so, and since the only real goal is to get a high score on the leaderboards I found no incentive for skipping ahead. 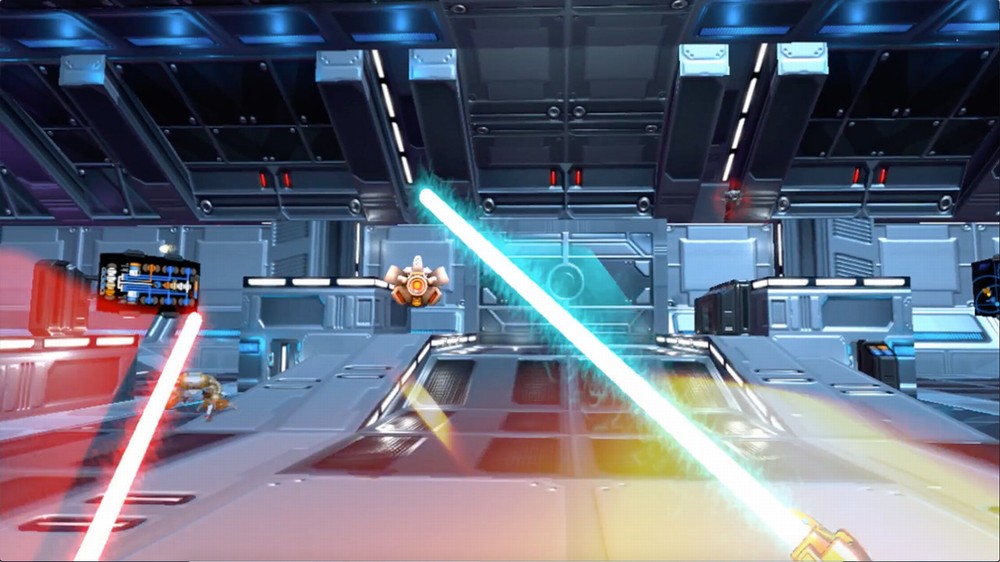 You can use your light sword to slice and dice any robots that get within your blade’s reach or charge it up to release a deadly EMP attack. Your shield is great for not only blocking incoming attacks but also deflecting laser blasts from robots and distant turrets. I was particularly impressed with just how accurate the deflection angles were, and after a few rounds was returning enemy fire with scary levels of precision.

There is a smooth progression of difficulty that starts to get very challenging after you pass level 15 at which point you are assaulted by dozens of robots at the same time. This is when figuring out various strategies of duel wielding shields or twin blades is most effective. If you have incoming laser fire from all sides twin shields will return all that fire, while twin blades works great for incoming ground robots who like to jump attack you. The saw bots are particularly deadly as they circle behind you but only seem to attack from the front. 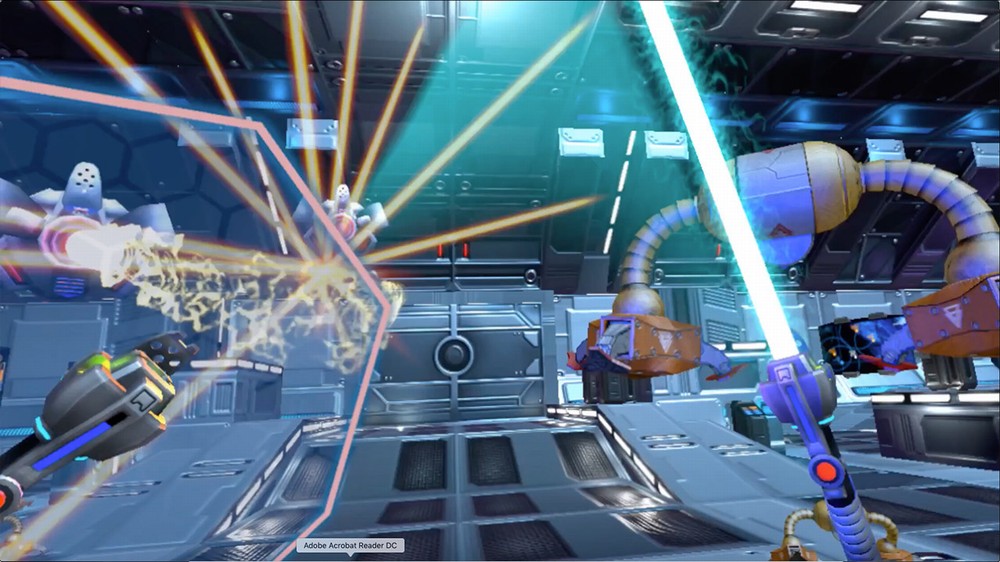 Your damage meter is clearly displayed at the bottom of your HUD and you will self-heal over time, so it’s simply a matter of not taking too much damage all at once. The robot attack patterns seem to be consistent across the numbered waves, so it is possible to learn the patterns and improve your tactics with time and practice. The tracking of the motion controllers is spot-on, and there is good use of room-scale if you want to move around a bit or lunge forward to slide a robot hovering just out of range.

BladeShield is only $3, which is a ridiculous bargain considering how much fun you’ll have with this even if you only play it once, which you won’t because it’s so addicting with that “just one more try” design to it. I’ve spend 5x this much on games that weren’t half as fun, so if you have some spare change lying around in your Steam Wallet or simply want to play a fun and frantic sword/shield action-arcade game then look no further than BladeShield. 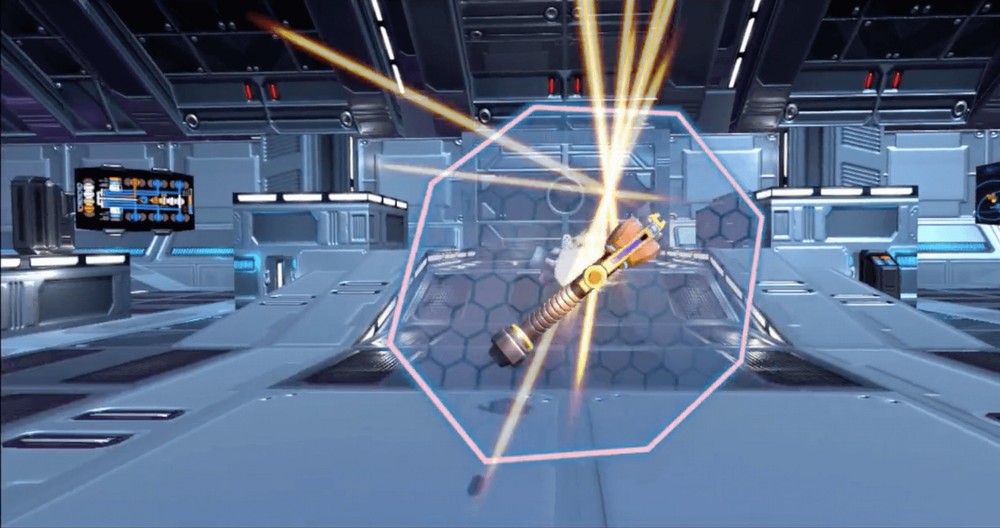 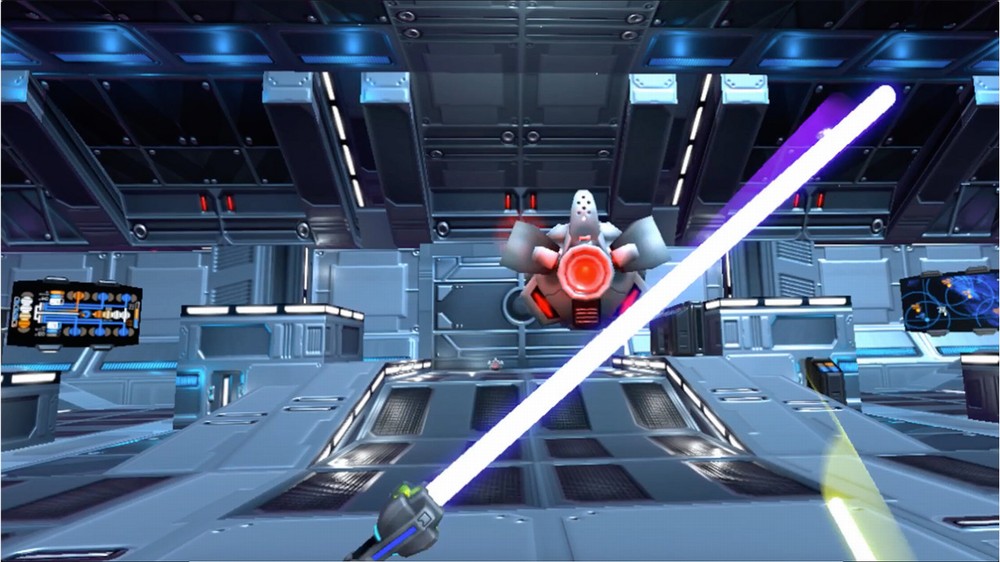