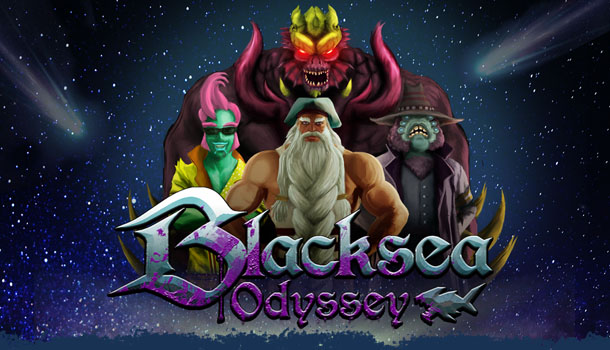 - Gets repetitive quickly
- Does nothing original for the genre

Nothing here that you haven't seen or played before.

It’s been a few years since the real heyday of the roguelike genre, but games of this type are still releasing, often with their own unique take on the formula. Blacksea Odyssey is one of the more recent examples of this, and by delivering a monster hunting experience, it hopes to present something to gamers that they might not have seen before. Blacksea Odyssey is a top-down shooter, but with spears and harpoons instead of guns and missiles. Set against the backdrop of a hunting competition, the goal is to outscore your rivals and bring down some of the biggest game in the galaxy.

Rather than presenting itself as a series of levels, Blacksea Odyssey instead breaks its gameplay into individual hunts, where you’re given a certain bounty to go after, which comes in the form of a boss fight at the end of a stage. You’re given a little bit of information on your quarry before starting, such as difficulty level, reward, and any modifiers in effect, and then you’re thrust into one of four different environments to battle. There is always a collection of smaller creatures to fight alongside the main bounty, and defeating these can reward you with credits, keys, equipment upgrades and single-use tools. 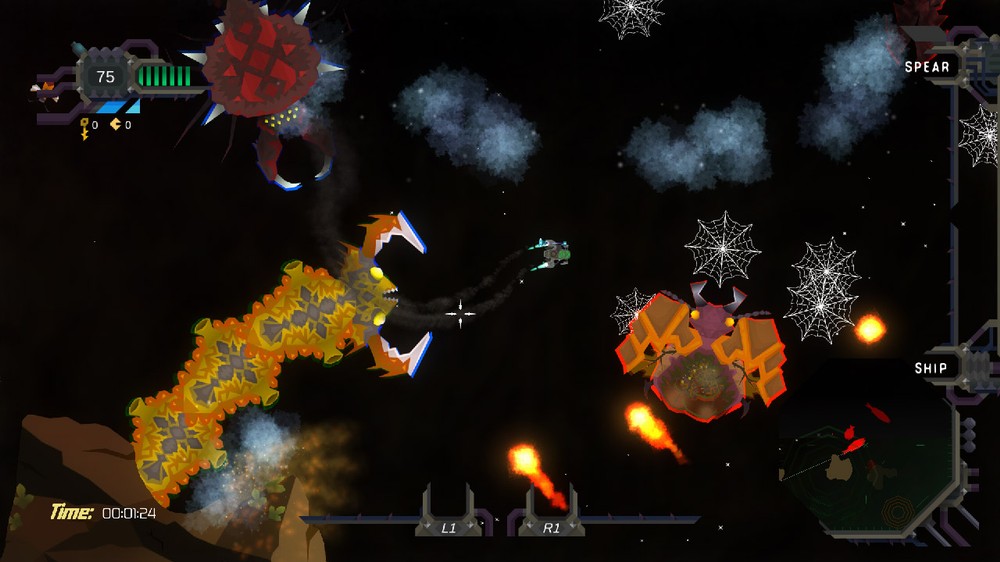 Equipment upgrades and tools can also be found in chests, opened with the aforementioned keys, or purchased between hunts from the in-game shop. Tools range from ship repairs to bombs, but upgrades can be assigned to either your ship or your spear, and provide longer lasting boosts to damage, health, or speed, or unlock elemental damage modifiers. These upgrades only last as long as you do, though, meaning that once you’ve died, your ship goes back to its basic barebones model, until you find new upgrades.

More permanent improvements can be found by defeating particular bosses, or by completing in-game tasks. There are four characters to choose from, and though only one is available at the start, the rest become unlocked by killing certain bosses as work your way through the game. The other major unlockable items are spears, which can vary in damage and firing rate, and often have a couple of gameplay modifiers, such as improved radar range. New spears are obtained by tasks such as opening a certain number of chests, finishing a number of bounties, or dismembering a set amount of enemies. 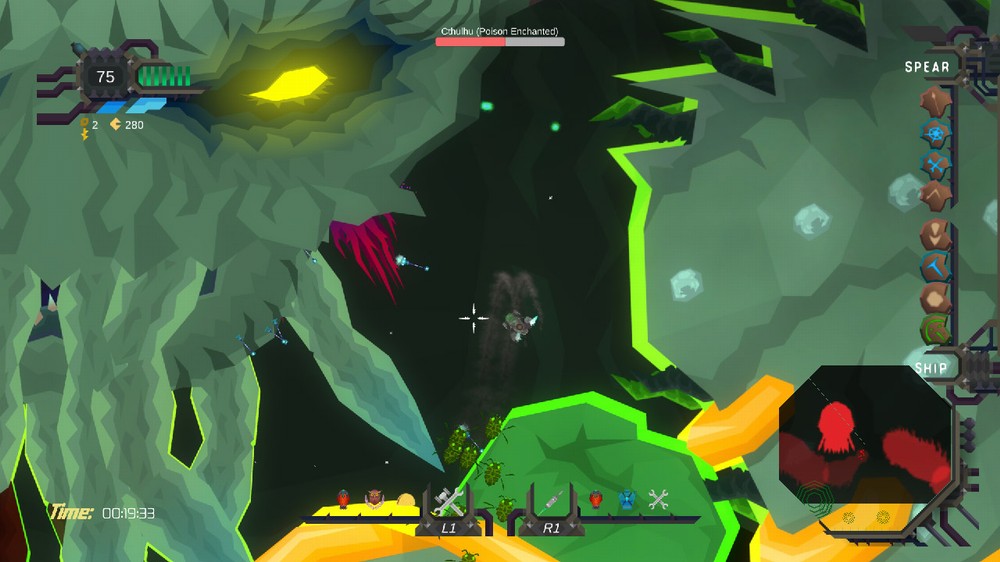 The ability to remove limbs and appendages from enemies is one of the more interesting aspects of gameplay in Blacksea Odyssey, and gives it a real feeling of hunting, even if it does more resemble hunting from a couple of hundred years ago than today. Your combination of spear and harpoon are used to bring down enemies in a variety of ways, with spear providing basic damage, and the harpoon being able to either tether yourself to an enemy, or to rip pieces of the enemy away from their main body. Taking apart enemies can reduce their mobility, or their ability to attack, and learning the most strategic way to approach a certain type of creature is often the key to success. Being a roguelike, you’ll begin to see the same enemy types over and over again, and each time you’ll be able to defeat them a little quicker than the time before, as you begin to learn their weaknesses.

Blacksea Odyssey is a little bit of a middle of the road experience, in that it doesn’t do anything particularly badly, but at the same time it doesn’t do anything outstanding. The twin-stick shooter gameplay mixed with the harpoon is an interesting take, but that’s about as unique as the game gets. There’s nothing here that you won’t have seen before, and I’ve played games that have done almost the same thing, some better, and some worse. In summary, this isn’t a game that you’ll miss out on if you don’t play it, but if you’re desperate for a new roguelike experience, then you could do a lot worse. 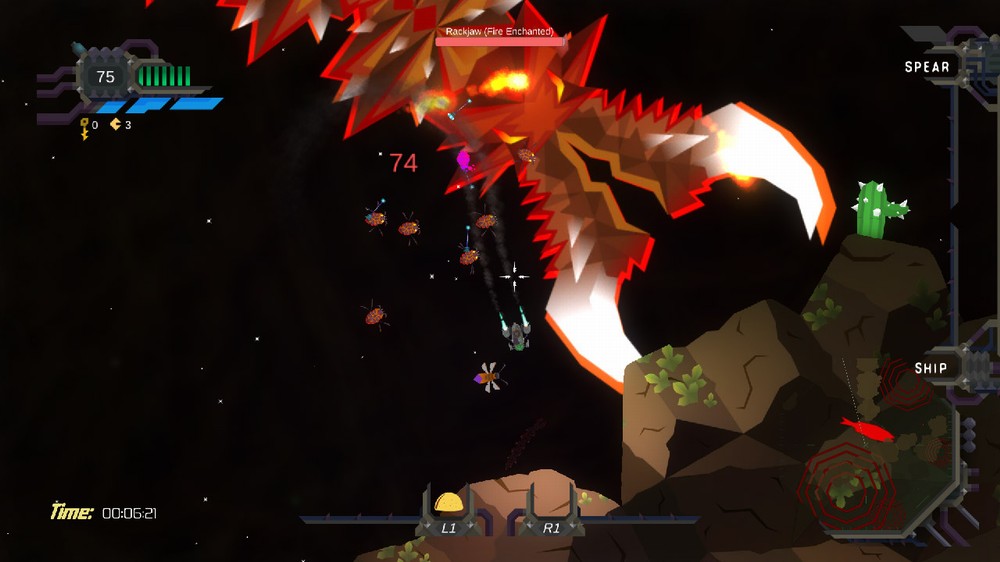 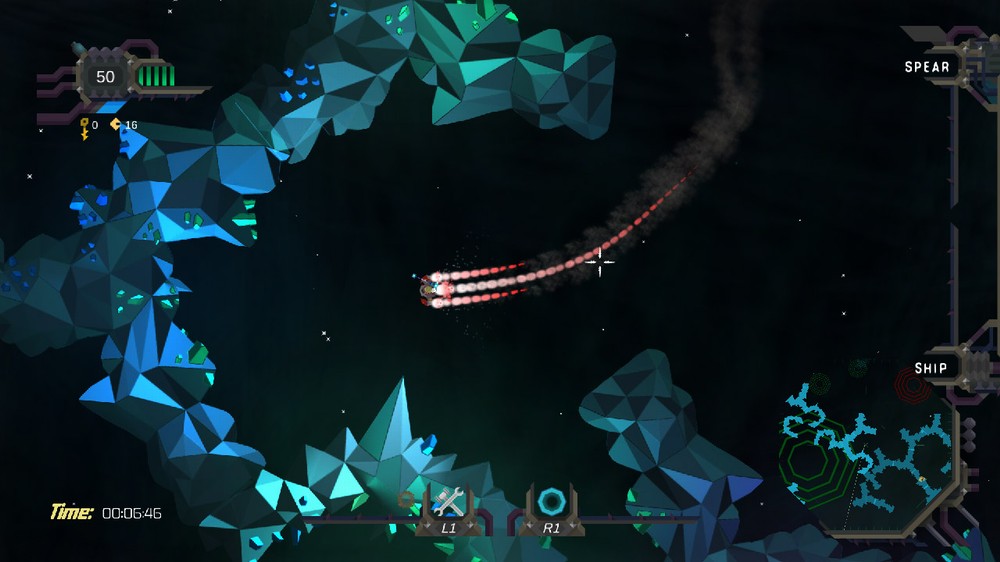