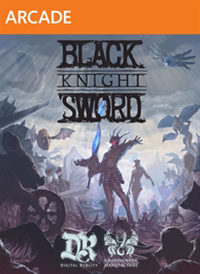 Quickly devolves into a repetitious button-mashing platformer that is too difficult for its own good...

Suda 51 is responsible for some of the craziest and most bizarre games out there and also some of my favorites, so when Black Knight Sword arrived my curiosity was matched only by my anticipation. The game is presented as a stage show, not unlike The Gunstringer game for the Kinect, so you have the surreal feedback of the audience combined with the dramatic red velvet curtains being retracted to reveal side-scrolling platform levels created from prop pieces you’d find from a high school theater production.

You begin the game hanging from a noose, struggling to free yourself. Once you drop to the ground and retrieve the sword from the nearby corpse you are encased in magic armor and begin the in-game tutorial that is a clever mix of neon signs, info cards, and a disembodied narrator who sounds an awful lot like Vincent Price. You’ll learn the tricks of the trade such as moving, crouching, jumping, and swinging your sword to destroy boxes, hidden microwave ovens, and all sorts of freakishly disturbing creatures.

Your goal is simple; survive each level finding all the hidden goodies, killing all the enemies, and reaching the final boss fight so you can do it all again in a new and even stranger location than before. You’ll earn hearts (the actual organ – not some cute icon) when you kill things or smash microwaves, and these can be spent on numerous upgrades like armor, extended health bar, and other perks that make your journey slightly less daunting, but this is hardcore arcade rules with a fixed number of lives and when they are gone you are starting over. All that’s missing is the “Insert Quarter” prompt. 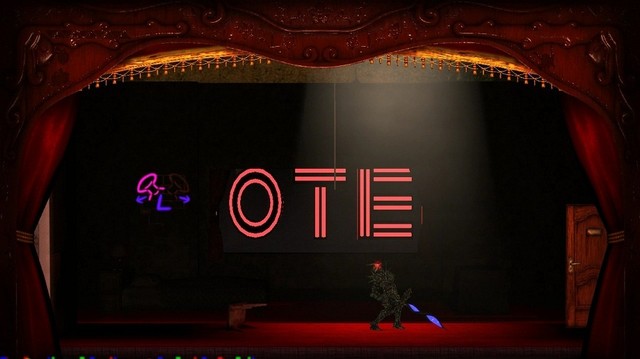 Black Knight Sword is loaded with bizarre originality; a trademark of any game created by Grasshopper Manufacture, and while this often provides ample incentive to keep playing just to see what oddities are waiting in the next level, the overwhelming difficulty (even on the Normal setting) creates a frustrating atmosphere, and there is just no reason to have limited lives or continues in a home video game unless you’re hooking your Xbox 360 up to your piggy bank. Check your ego at the door and play this game on Easy if you plan on playing at all. It may be the only way you see all five chapters unfold without hurling a controller at something.

Once you get past the creativity and cool stage show vibe you are left with merely another side-scrolling platformer, and not even a good one at that. When you aren’t madly mashing the attack button to slash, poke, and pogo stick stab your enemies, you are attempting these frustrating jumping puzzles where your imprecise analog arcs will often have you landing short or long of the narrow blocks that you often have to materialize with a RT shot. Even when you acquire some new magical and ranged attacks, the game seldom rises to the notoriety we expect from these developers. 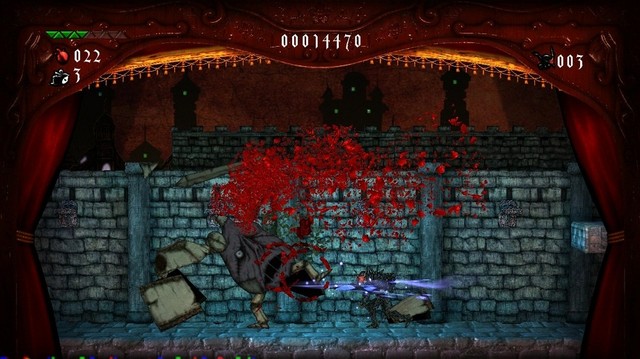 The presentation is quirky perfection with game levels framed by stage curtains and the obvious background sets getting swapped out by invisible stagehands as you progress through these diabolical levels. You’ll see cardboard cats and wolves bounding through the background on sticks, only to turn into very deadly enemies when they reach the foreground. Even the Monty Python style intrusion of a giant hand entering the scene to point the way is priceless, and it’s all made even better with outstanding music, amusing sound effects, and fantastic narration.

Regardless of how much I love quirky concepts and original production values, Black Night Sword quickly devolves into a repetitious button-mashing platformer that is too difficult for its own good and will likely crush your moral, hopefully before you crush a controller on that final fifth and uninspired level that ends in the boss fight from hell. Despite its many charms, unless you are a platforming god with undying patience, you’ll probably want to pass on this game or at least wait for a sale. 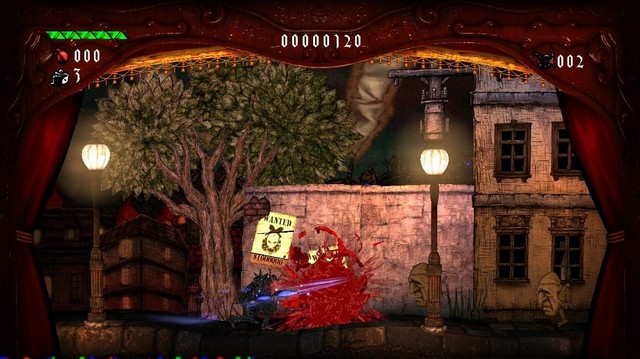 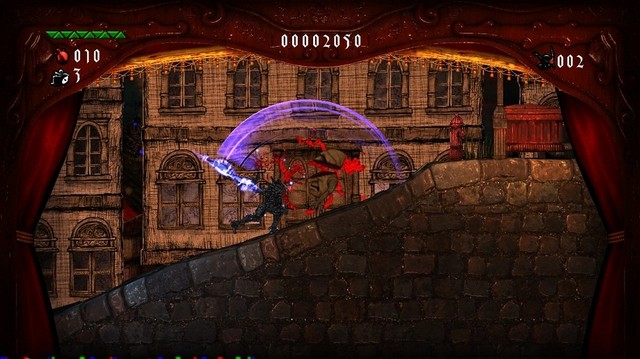 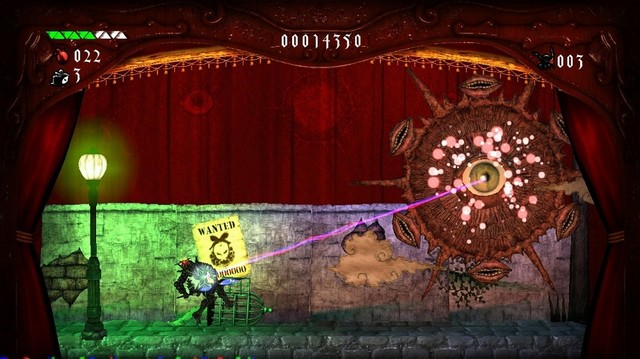 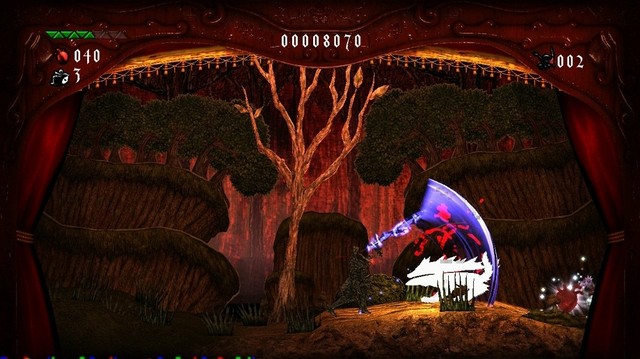 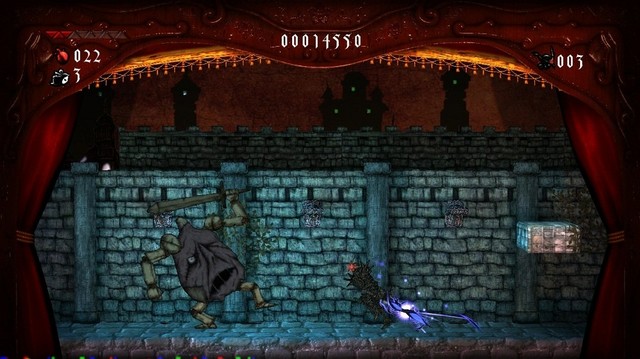