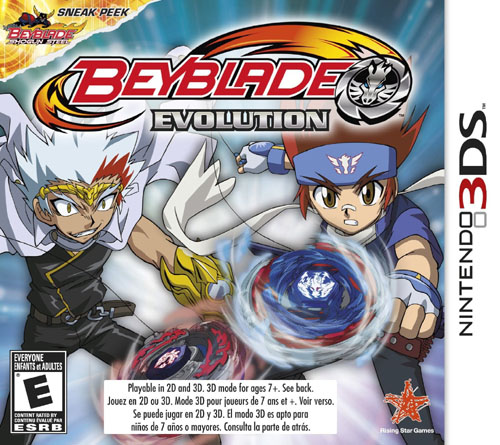 Cool use of gyroscope, Ability to build your own blades

If you love Beyblade in any of its forms then the series debut of BEYBLADE: Evolution on the 3DS is one that you probably won't want to miss.

To Bey or Not to Bey? That is the question that I asked myself as I dove into BEYBLADE: Evolution for the Nintendo 3DS. Now going into this review, I can easily say that I know only two things about BEYBLADE. One – it’s a popular cartoon on TV and two – it’s a crazy popular toy brand that’s sold millions of what looks very much like a wicked looking top with real and mythological animals as their themes. It’s time for me to dive in with my coverage of this game of strategy and chance.

After watching a few episodes of the show online, BEYBLADE: Evolution follows in the footsteps of popular franchises before it. The concept is that the main character whoever it may be, Gingka Hagane most notably here in the States, wants to become the best Blader in the world. BEYBLADE: Evolution apparently is based upon the “Metal Saga” in which Gingka is the world’s best Blader as well as having saved it multiple times. How this translates to the game is pretty much the same and as an added bonus fans of the shows here will get to face and train with some of their favorites on your way to the top. To do this you first have to learn the way of the Bey through a few tutorial battles given to you by Gingka and the rest of the cast. 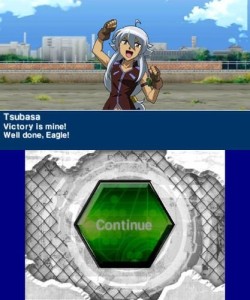 I have to hand it to the developers as this is probably the closest I’ve ever seen a game get to emulating the thrill and mechanics of a popular toy and cartoon. There are three main game modes to choice from: Bey Story, Bey Battle and Bey Factory. Bey Story makes up the largest chunk of game as the single player experience where you as a young Blader (someone who trains and competes with Beys) competes in a series of small Bey Battles as you work your way up a rung of 50 turns until you get to the World Championship. In battle you must launch your Bey and here is where BEYBLADE: Evolution is actually interesting despite the fact that you are essentially just launching spinning tops. Launching your Bey is done much like the real launchers at it uses the Gyroscope as you yank your 3DS towards you in a ripping motion.

The real trick to BEYBLADE: Evolution is that there is some strategy involved as you have to use the gyroscope to aim where you want to launch. Not every Bey is the same as some are built to be balanced while others are designed for stamina or attack. Beys built for stamina should be aimed for the center but high attack Beys should be aimed for the outer rings of the battle arenas. A winner is decided by either being the Bey still inside the arena or the one still with the most hit points left when they stop spinning. A lot of my matches usually ended in sleeper wins, which gets somewhat boring but occasionally things got good especially when using attacks that boost your Bey’s powers to create unpredictable moments of action. What makes it even cooler is that there are several different battle arenas each with their own tricks and hazards. 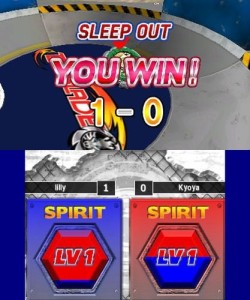 A big part of the show deals in friendship from what I’ve seen and BEYBLADE: Evolution is no different. Throughout the story mode you can make friends within the game which in turn can lead to more friends but this is mostly a superficial feature of the experience. What isn’t superficial is the ability to go head to head with your own friends via single-card play via the Bey Battle mode. Bey Battle mode does allow you to complete against the computer in either one-off bouts or win consecutive ones to earn Bey parts in the survivor mode. The enjoyable part however comes when you face off with a friend. You can do this with one of the included stadiums or use the included AR card to create a stadium literally anywhere you can find a flat surface. The only problem about using the AR card is that the yanking motion often makes the stadium disappear until you realign with the card.

Graphically BEYBLADE: Evolution doesn’t disappoint even in the AR department which surprised me as I’ve found AR graphics to be “okay” at best. If you’re an avid fan of the show or the toy line you will undoubtedly recognize many of the Bey designs as well characters from the show. The developers did a really good job of creating some of the most famous Beys around. They even got the character emotions and behaviors right with the art stills as the game features very little audio outside of the background music and the metallic taps you hear as the Beys hit off each other.

Of all the media-tie in games that I’ve played recently BEYBLADE: Evolution is easily one of the best experiences I’ve had. I really liked the use of the 3DS gyroscope to emulate a real Bey Launcher as well as the ability to build your own set of dream-team Beys from a wide variety of pieces with nearly endless combinations. The only serious downside that I found is that despite the gameplay actually being fun is that the repetitive nature of events may be taxing on some players. If you love Beyblade in any of its forms then the series debut of BEYBLADE: Evolution on the 3DS is one that you probably won’t want to miss. 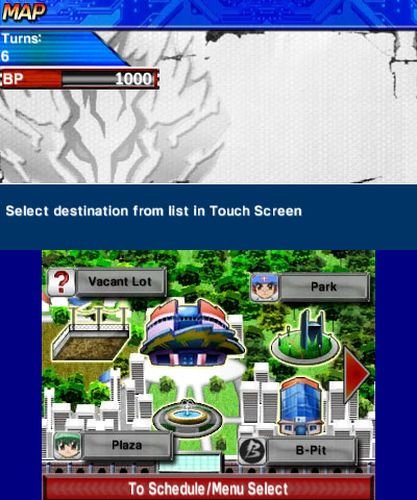 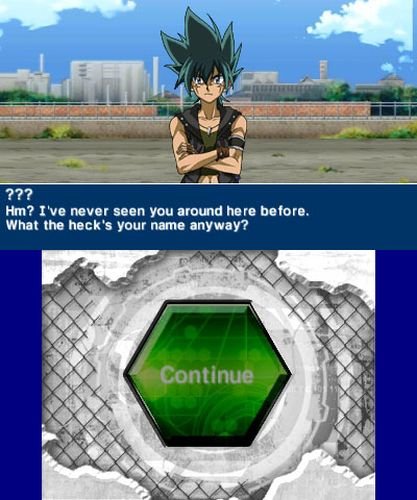 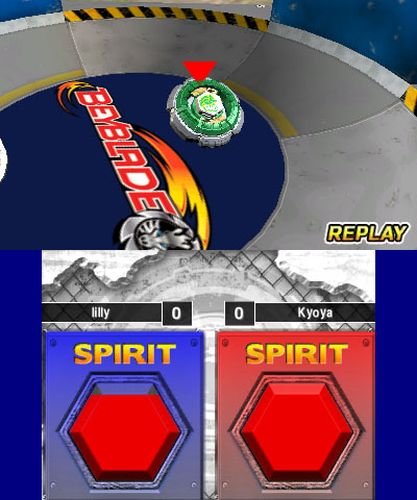 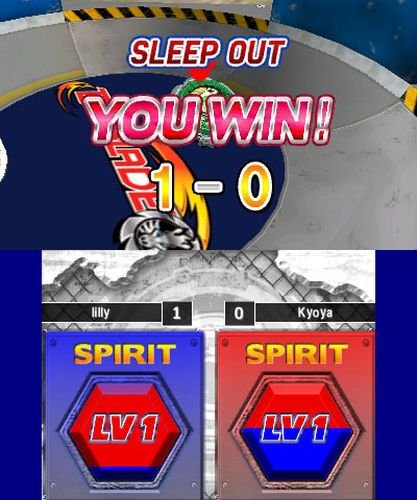 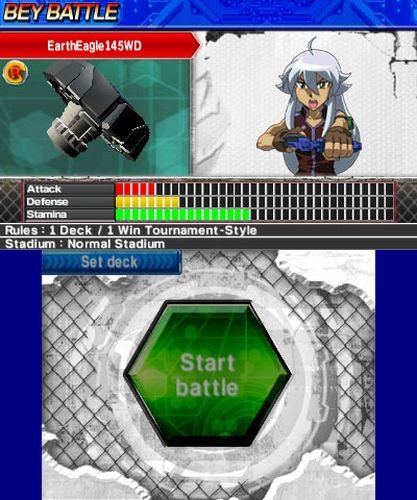 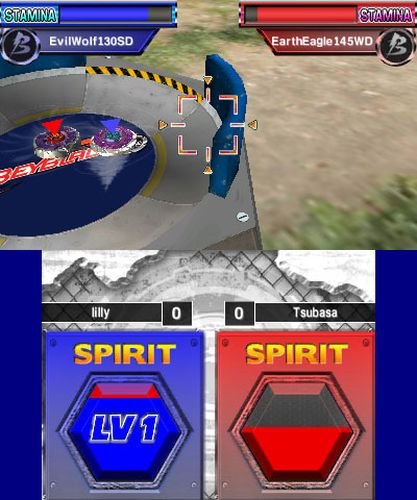 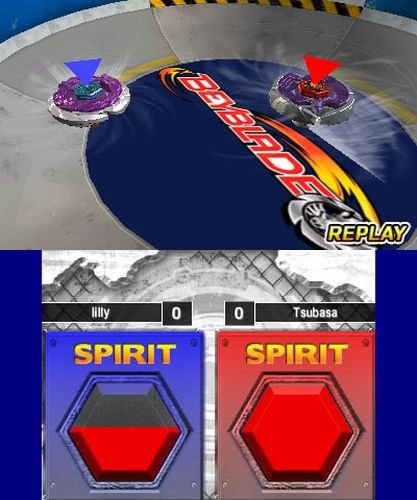 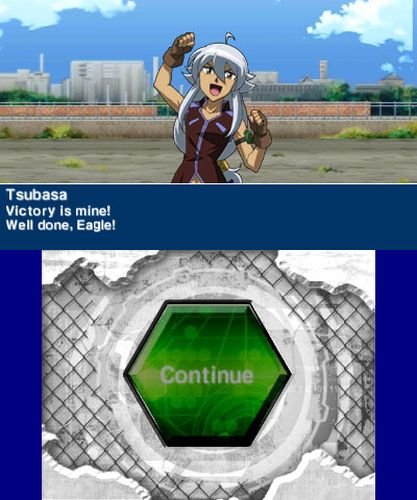 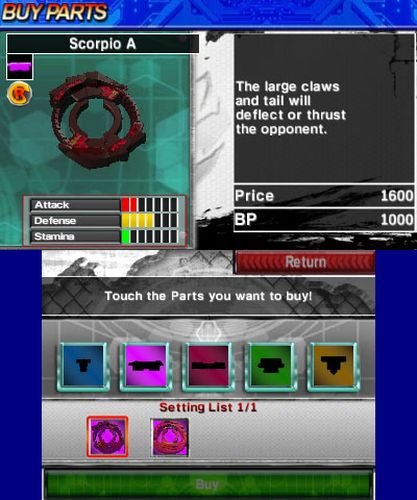 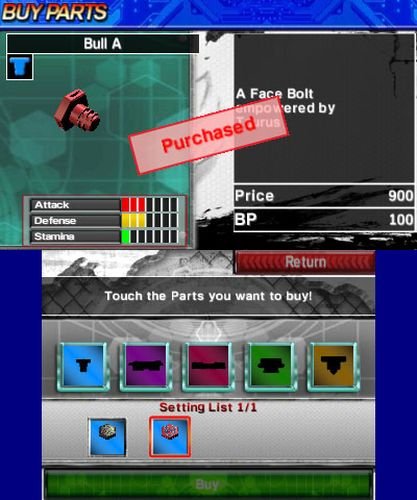 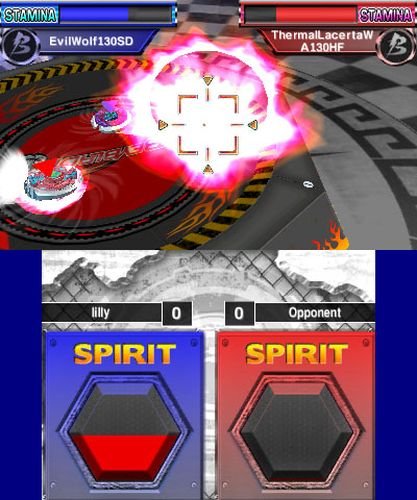 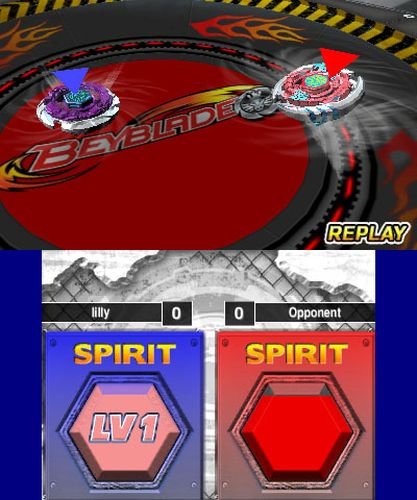