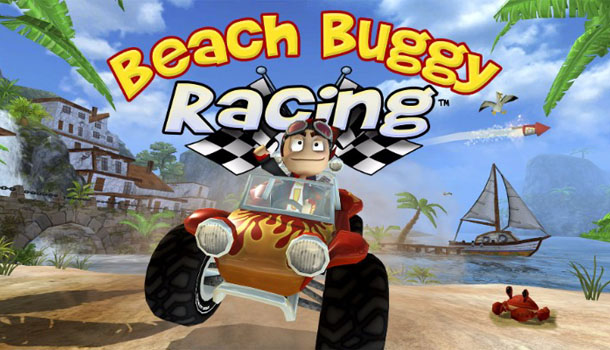 - Average in every way.
- Completely forgettable in the grand scheme of things

I suppose we should start by addressing the elephant in the room: Beach Buggy Racing is a kart racer on a platform that arguably has THE kart racer. When your main competition is Mario Kart 8, can you stand up against the competition? Well, in the case of Beach Buggy Racing… kind of. While the game has some good things going for it, the biggest issue working against it is that despite some graphical enhancements and a smooth frame rate, Beach Buggy Racing still looks and feels like a mobile game. Regardless, that isn’t enough to tell you to pass on it altogether. Let’s get into the meat and potatoes of it all.

Beach Buggy Racing is all surface level. It’s a competent kart racer with cartoon characters who race across multiple environmental tracks. There are power-ups, multiple karts, and unlockable courses. If this sounds more than a little boiler plate, that’s because it is. The game does absolutely nothing to separate itself from other similar games on the market. While this is neither a good nor bad thing depending on how you look at it, it certainly doesn’t help Beach Buggy Racing stand out from the crowd in any meaningful way. The reason titles like Mario Cart and Crash Team Racing work as well as they do is because there’s a built-in audience, and recognizable characters that the audience connects with. If you don’t have a pre-established world to draw from, you have to rely on compelling new characters, or bringing something different to the table in terms of game play. Beach Buggy Racing has neither of these things. 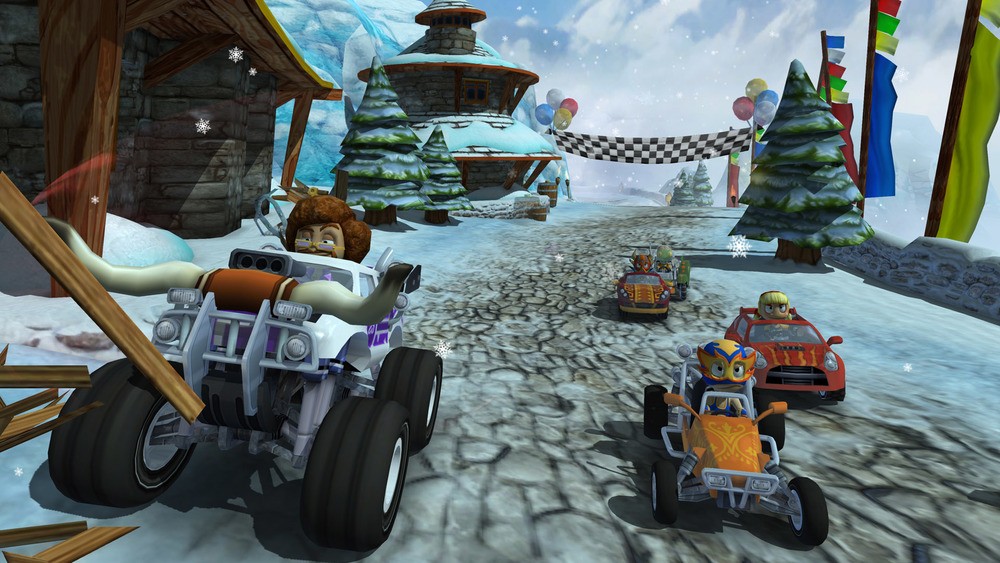 Game play is functional, but there are times when controlling the karts- sorry, buggies- can feel light or floaty, like there’s no real weight to them. It doesn’t help that if you get too much air, or bump into something hard enough, your character will be ejected from the kart completely, giving you a slight time penalty. It doesn’t happen frequent enough to ever grow annoying or distracting, but it’s enough of an issue to be noticeable. Similarly, the power-ups are fairly standard, and lack any type of individual identities. This is the shield. This messes up racers behind you. This messes up racers in front of you. And so on. Again, the game is completely functional, and runs at a solid frame rate. It’s just… there’s nothing about it either positively or negatively that sticks out about it. Beach Buggy Racing is just there.

Perhaps the least engaging aspect of Beach Buggy Racing is the visual design of it. Characters have a “rough draft” puppet look to them, like an art designer stopped in the middle of revisions and just decided they were good enough. The power-ups lack identity. The courses are bland and completely forgettable as soon as you complete them. In the moment, they’re fine and serve their purpose, but that’s about it. I don’t mean for this to come off as harsh as it does, but this is the product that’s been presented. Slightly enjoyable, but completely disposable. Neither good, nor bad. 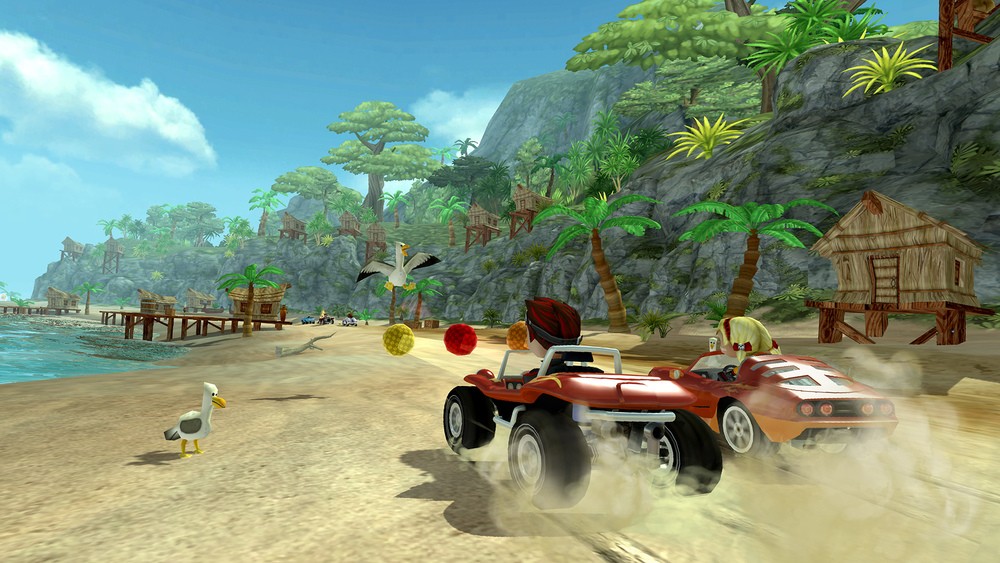 Now back to the elephant. While Beach Buggy Racing may be a competent, serviceable kart racer, its release on the Switch platform is dwarfed by Mario Kart 8 standing right alongside of it. If this is an issue of cost, then of course Beach Buggy Racing is the more attractive package. For far less, you can get a somewhat similar experience. If quality is the concern however, then Beach Buggy Racing can’t hold a candle to Mario Kart 8. At all. If you’re the owner of a Nintendo Switch, and are in the market for a kart racing game, suggesting you go with Beach Buggy Racing for all but the most superficial reasons would be hard to do.

Ultimately, Beach Buggy Racing is perhaps most damned by its complete averageness. If it were terrible, I’d tell you to steer clear entirely. If it was amazing beyond belief, I’d say that Mario Kart 8 has a new challenger. As it stands, Beach Buggy Racing is just… there. Check it out if you can’t afford the alternative, or if you’re just looking for more of the generic same. 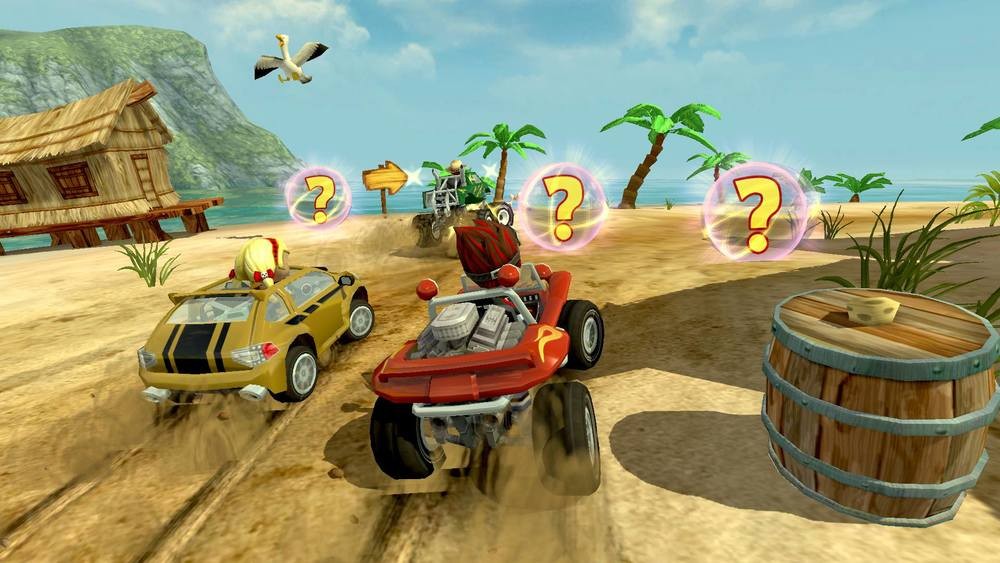 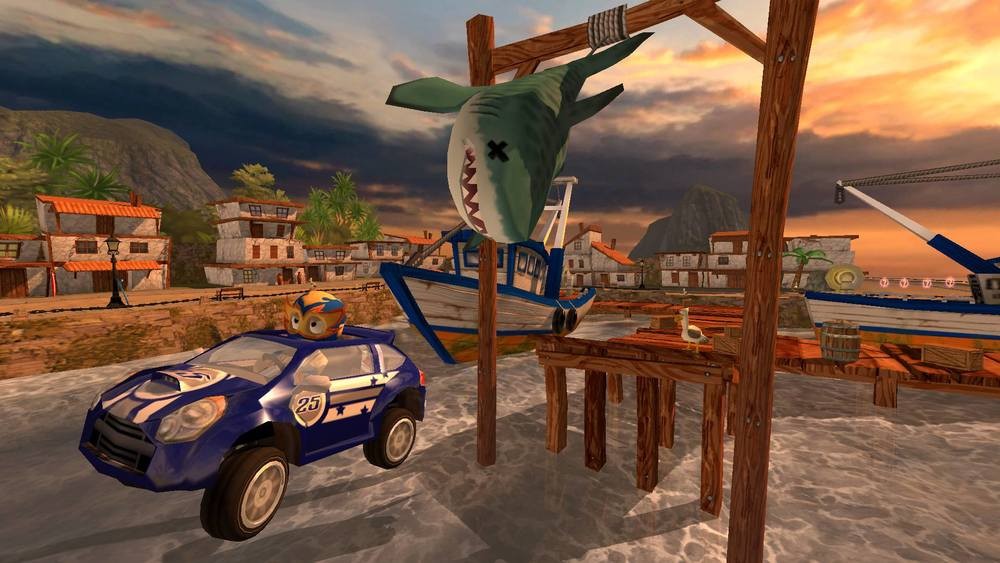 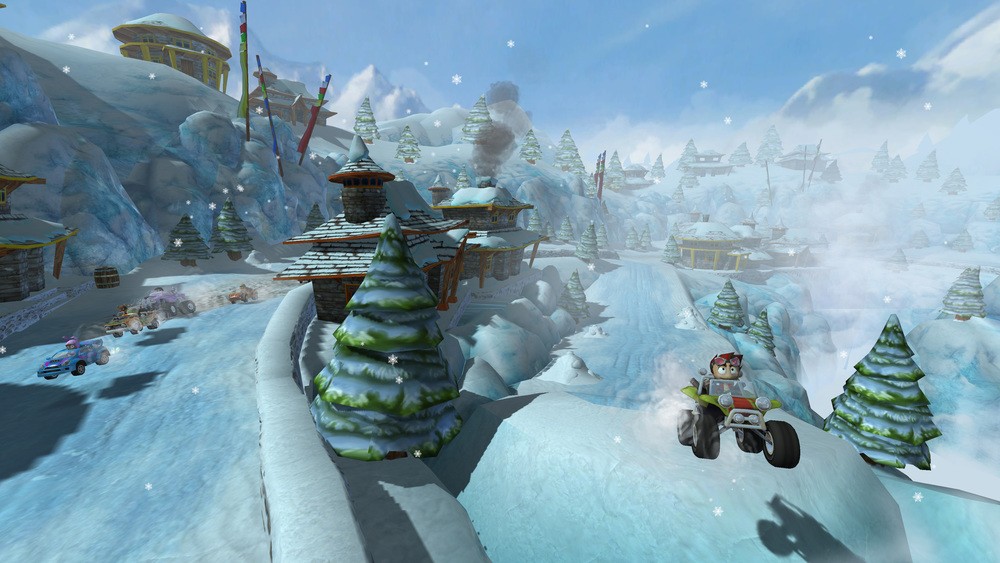 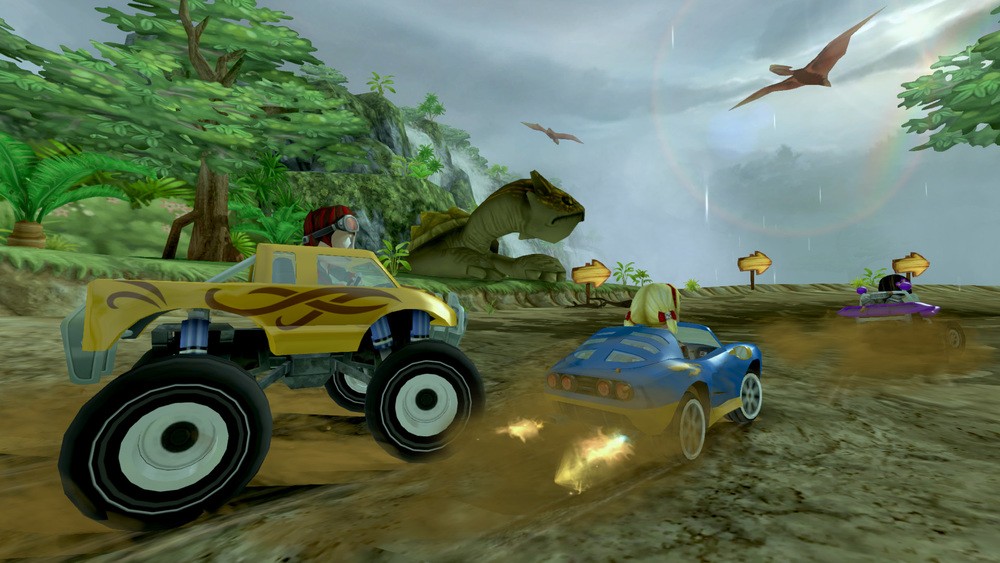 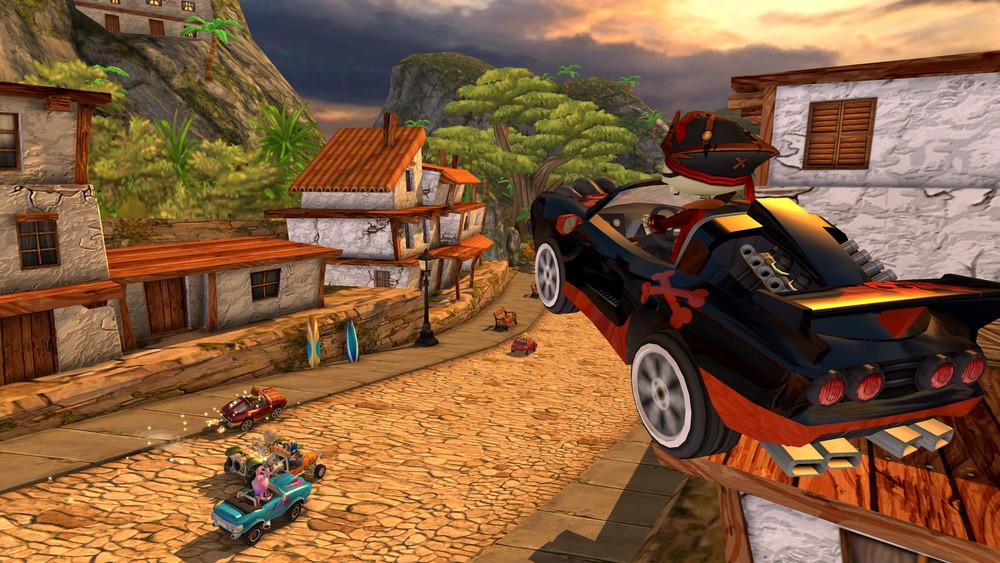 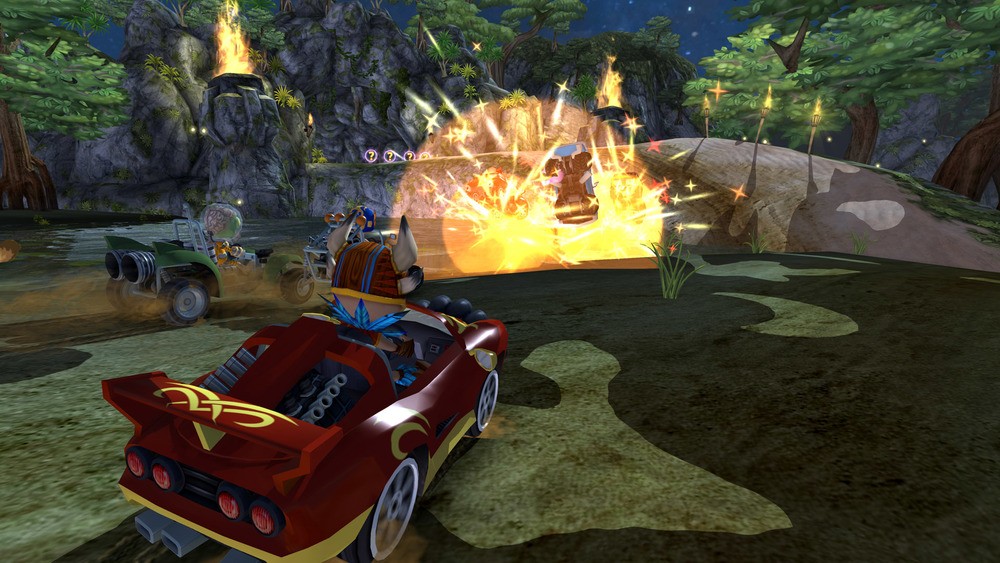 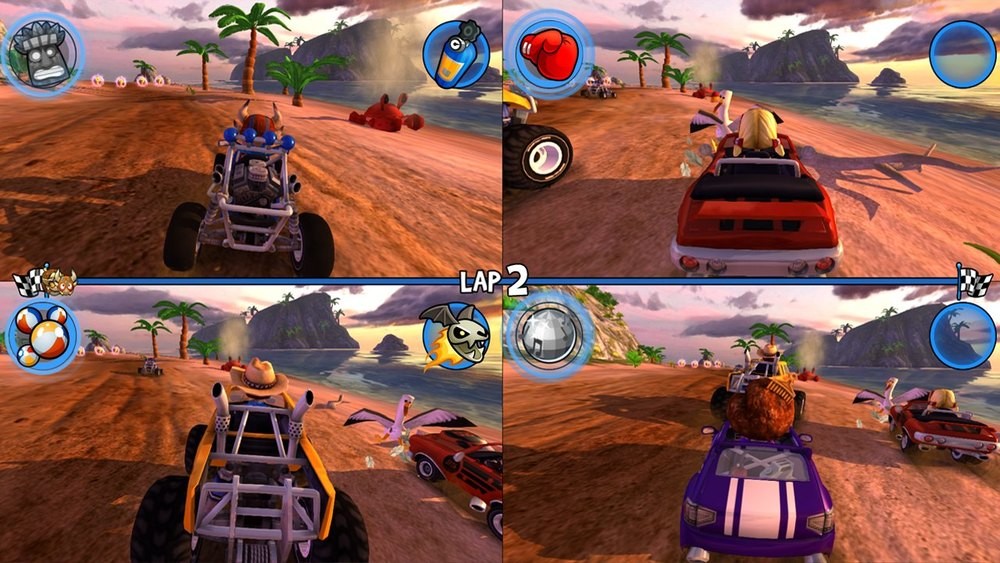