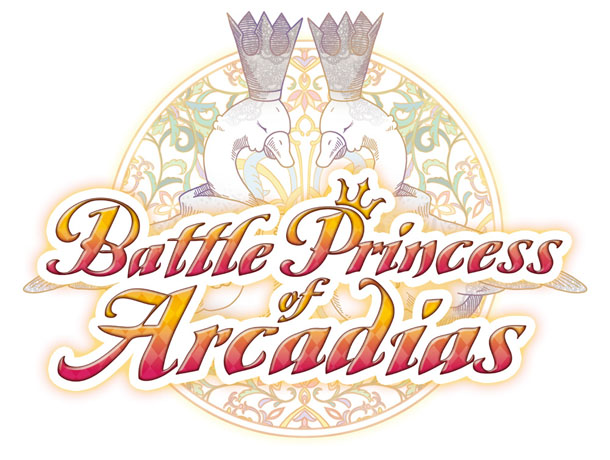 Despite some overused RPG tropes this is still a fun and enjoyable NIS title.

During the tail end of the PS2’s run, I played two very unique Vanillaware RPG titles in the forms of Odin Sphere and GrimGrimoire. While published under two different companies both games featured an aesthetically pleasing 2D presentation though their combat gameplay differed. The latter of the two was co-developed and published by Nippon Ichi who more recently teamed up with Apollosoft to take a page from Vanillaware’s art book with the release of Battle Princess of Arcadias for the PlayStation 3.

Battle Princess of Arcadias, a PSN downloadable exclusive, finds its home on NIS’s favorite console as it manages to combine three different styles of gameplay under one aesthetically pretty roof. As the title implies you indeed play as Plume, the Battle Princess of the Schwert Kingdom, as you protect humanity from a variety of terrifying (and sometimes cute) monsters from destroying everything in sight. Oh yeah and you’re given your orders from your brother, The King, who just happens to be a goose. No I don’t know why though it makes a bit of sense as to why the princess’s name is nothing short of a fowl reference.

You play as the overly naïve red-haired princess, who doesn’t understand that death is permanent, as you dispatch countless number of monsters across three very unique combat modes in this serious yet lighthearted storybook tale of espionage and betrayal. It’s actually surprising that Battle Princess of Arcadias does have a serious nature as it is surrounded by classic RPG tropes and iconic NIS humor that I’ve come to expect out of the developer/publisher. I will get one tiny annoyance out of the way though. Before you get too deep in the J-Pop and swordplay make sure you enable the auto-save as it is turned off by default. The game doesn’t allude to this fact at all and I had to find out the hard way. 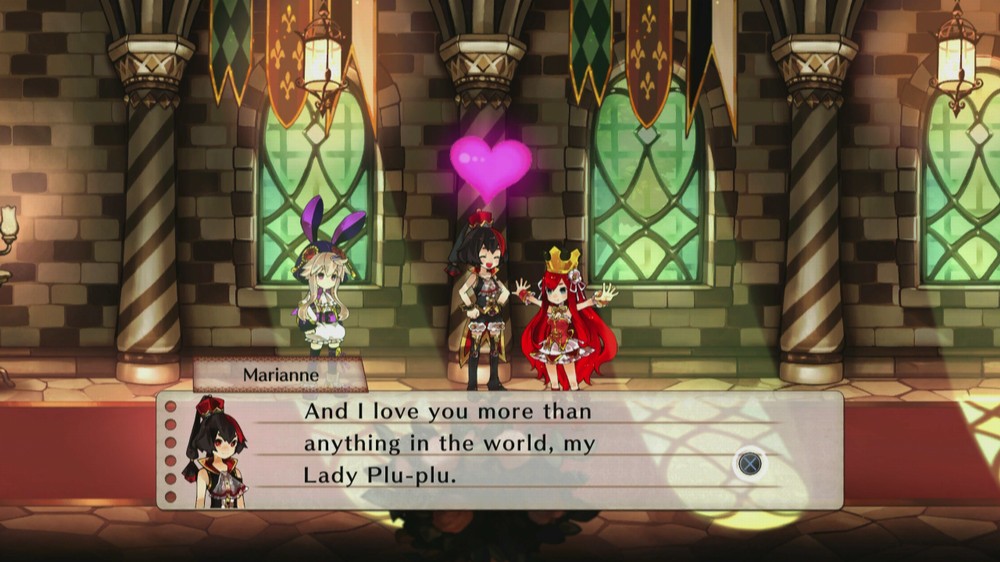 Right from the start you are presented with the first and most enjoyable bits of combat that the game offers. Aptly named “Combat” mode has you hack ‘n slashing at a giant dragon and a little later fat pandas and birds as you progress from one side of the screen to the other in classic 2D style. While Plume in the obvious character to play as, she is not alone in battle as you meet new characters to fight alongside her, which you can in turn control yourself. Before heading into battle you can choose which characters you bring and they can be switched in and out at any time by hitting the L2/R2 buttons.

While it at first seems pointless to choose more than 1-2 characters to bring along in normal combat it actually matters quite a bit in the other two battle types. Sieges, one of the two remaining modes, pits you usually up against huge boss fights as your party of up to three members is accompanied by an army of soldiers at your back. The trick to combat in this mode is that each unit type is only as strong as the playable character of the same type. For example swordsmen are only as strong in level as Plume is. This does mean that players will spend a good deal of grinding to build up character levels to take on tougher foes. On the upside, completing quests over and over again doubles as a good way to make money to buy new weapons and armor as you as well as upgrade your favorite weapons.

This leaves the hardest of the modes, Skirmishes, for last. Similar in execution to Sieges, Skirmishes pit two opposing armies against each other in a game of rock/paper/scissors. Previous to the fight you see what you’re up against as well as choosing your own troops based on their weaknesses. Each side goes in with a set number of troops and whichever depletes the others first wins though this is not as easy as it seems. At random the enemy force will switch out which troop type is active on the field and you have to adjust accordingly to keep the advantage. This can be quite tricky as you have to make sure you don’t get taken out while using the R1 and Triangle button to switch menus and R1 and Circle or Square to choose the fight tactics of your troops simultaneously. There is even troop morale to take in consideration so having the right playable character out on the field based on your troops selection is detrimental to your success at all times in both Siege and Skirmish missions. 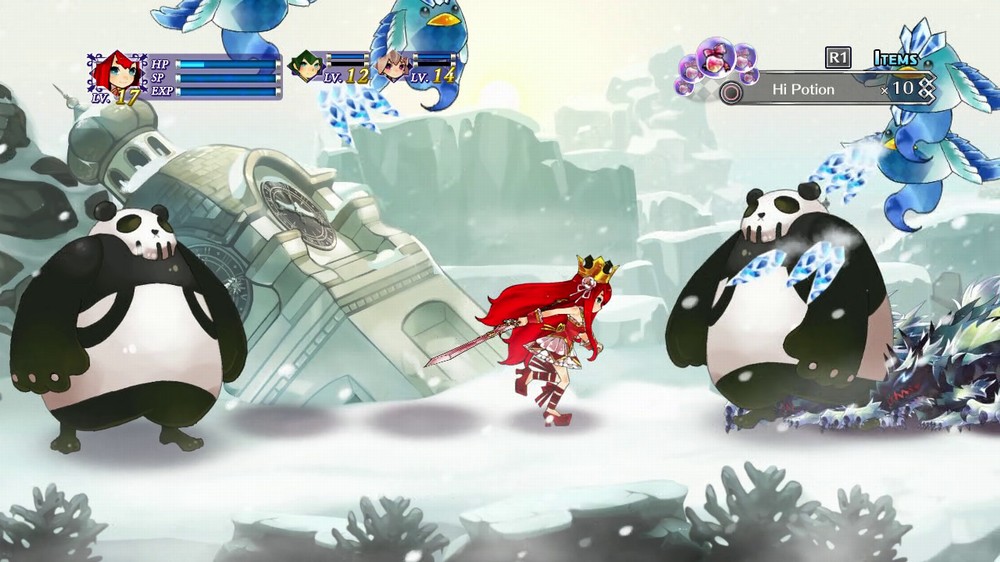 Battle Princess of Arcadias features a visual presentation that is very much storybook in nature. From its vibrant colors to the detailed set designs it definitely felt like I was performing on a stage especially with the curtains that drop every time I leave a major area. The character models and story elements are presented with clean static animations and of course subtitles. The world map while detailed looks like it was drawn and colored with Prismacolor markers which adds to the storybook presentation. The only thing off that I found was that the combat animations felt a little stiff for a game that seems to be about fast paced combat. One of the biggest things that Battle Princess of Arcadias does rights is with its audio department. Despite being completely spoken in Japanese (sorry Dub fans) contains rather enjoyable music throughout the adventure. You’ll hear plenty of royal fanfare of course but what I really like is the upbeat pieces as well as the J-Pop tunes during battle which Plume and the gang bring up in a fun little bit of meta. 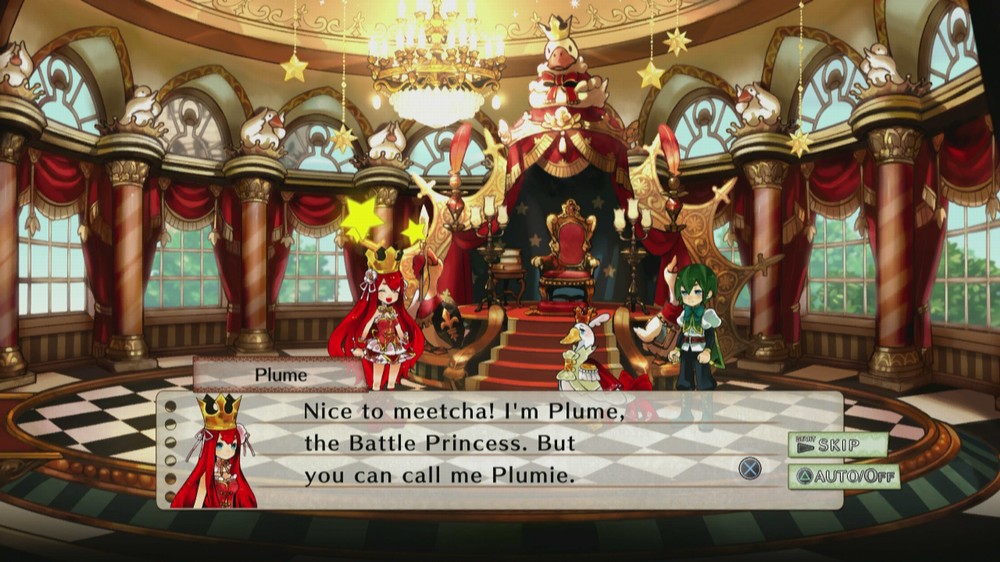 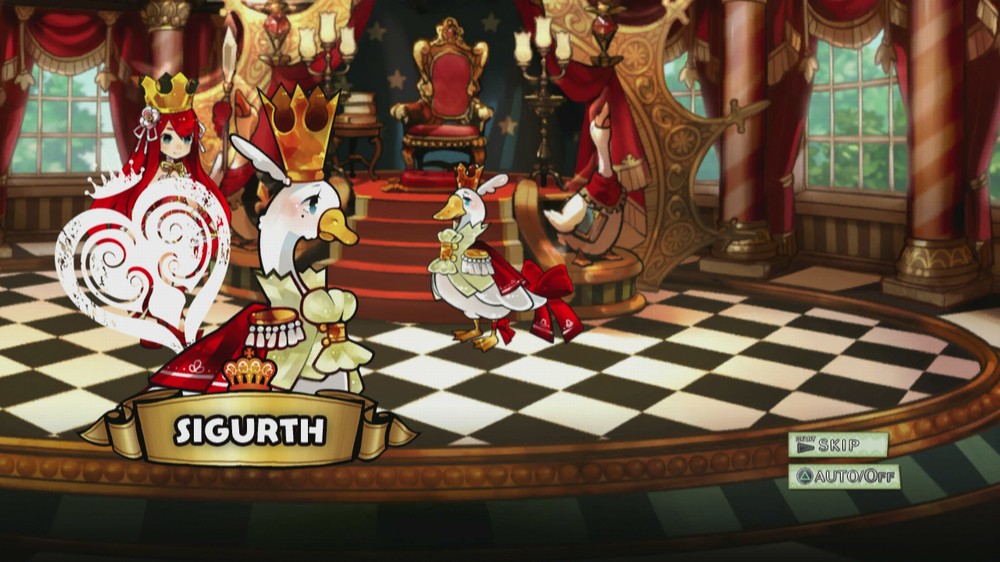 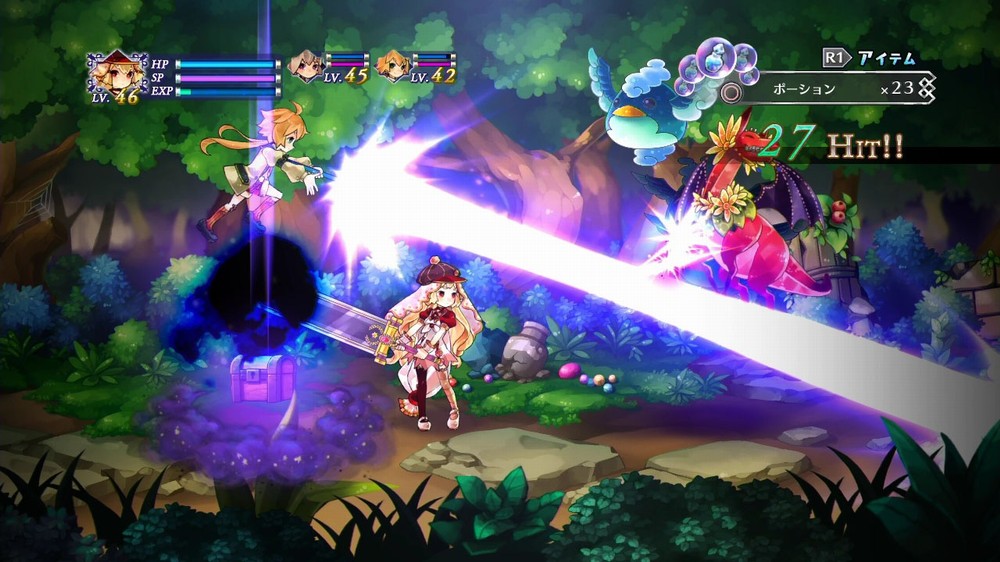 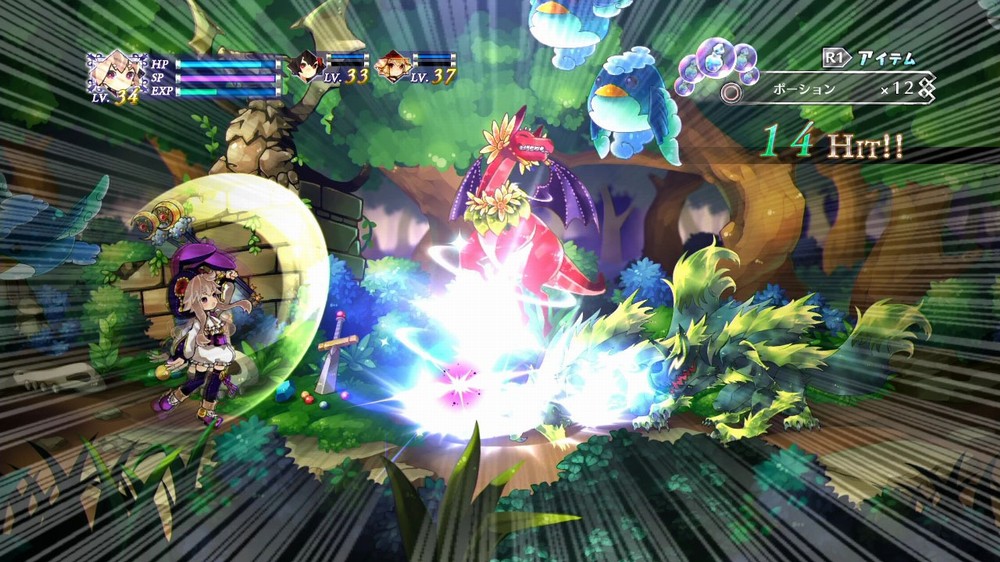 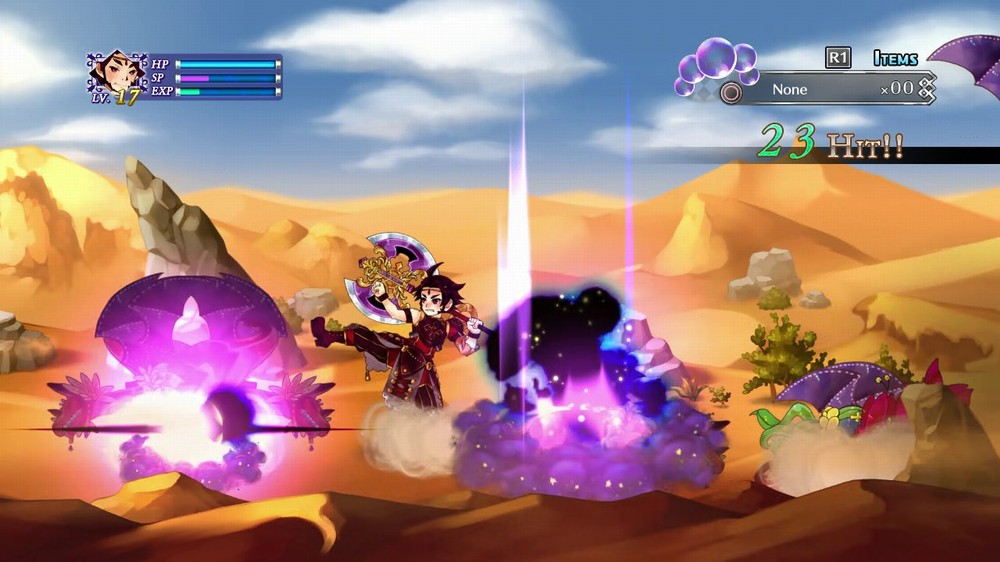 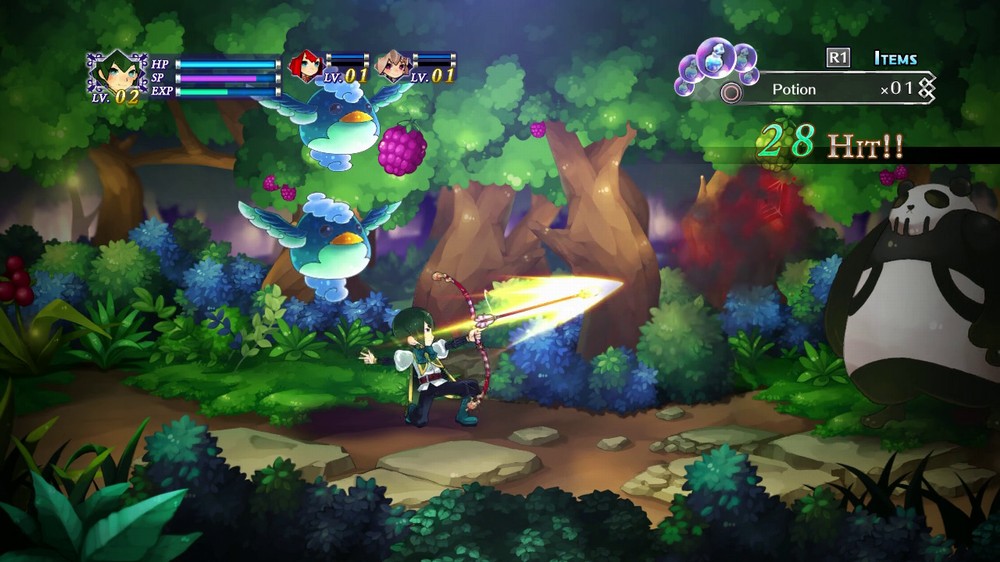 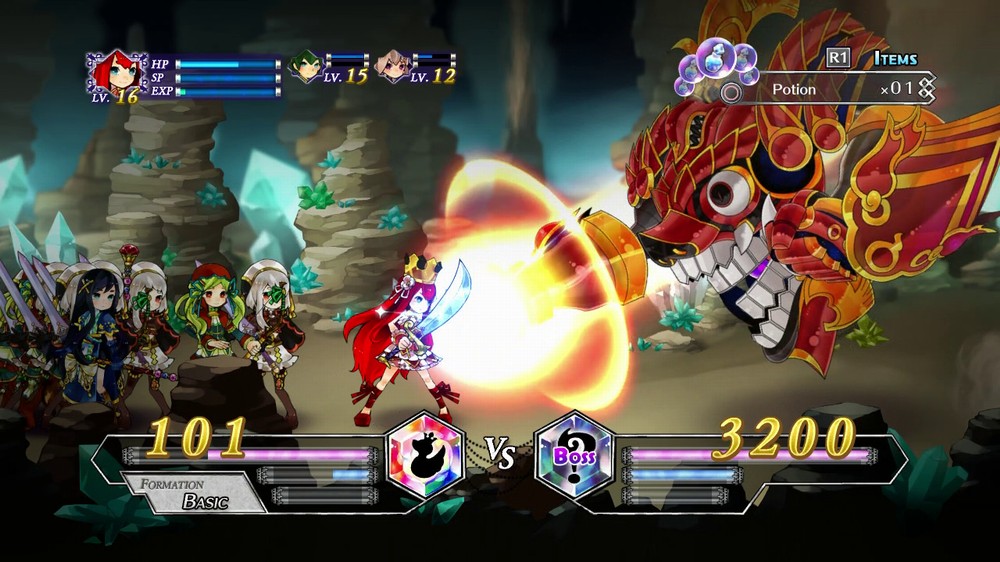 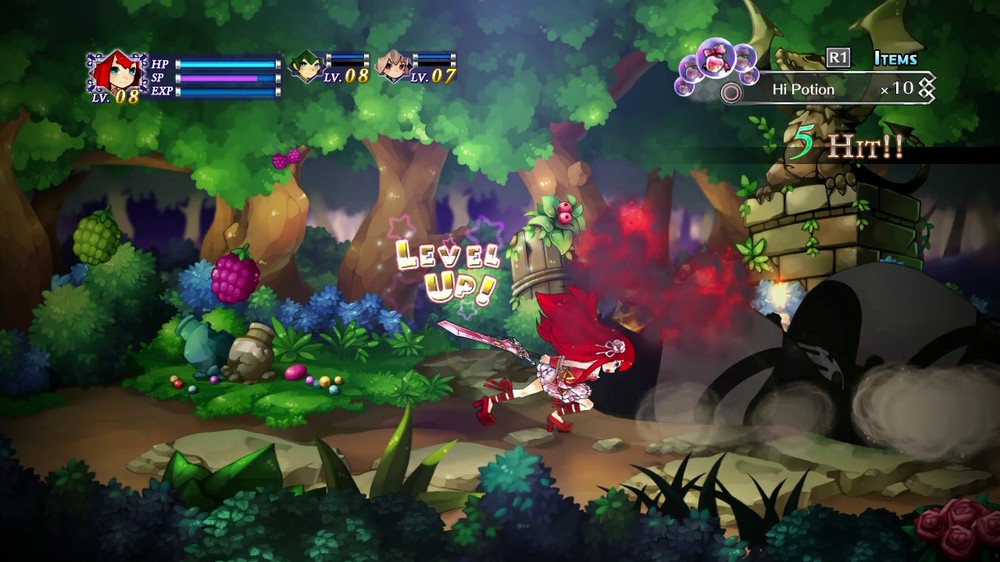 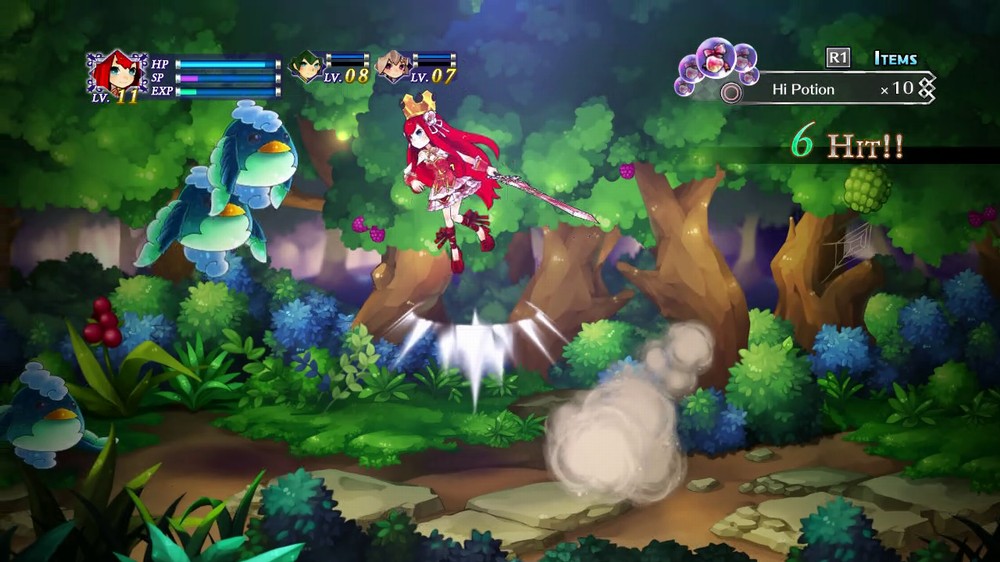