Batman: The Enemy Within – The Telltale Series Review – PC 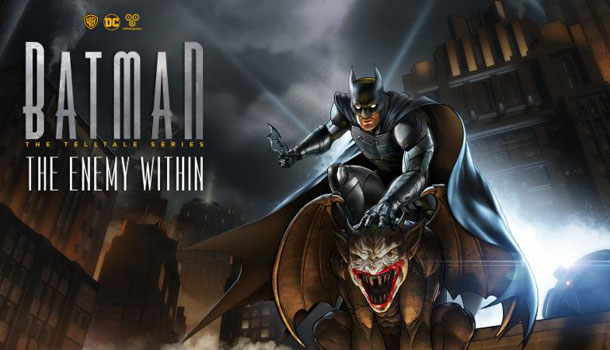 A solid new installment in the Telltale Batman franchise.

It’s been just over a year since Telltale introduced us to their unique style of narrative adventure dealing with the caped crusader, and for the record, if you haven’t played the original Batman you’ll probably want to, as Batman: The Enemy Within relies heavily on the knowledge of characters and events from that introductory story. There is even an option to build this game’s backstory from last season’s save file. As with our past Telltale reviews, we’ll be reviewing the first episode, “The Enigma”, to kick off the second season, and we’ll follow it up with a complete season review after all five episodes have released.

With no cliffhanger at the end of the first season we get a relatively cold open with Bruce Wayne doing his undercover detective stuff at a local casino where he is surveilling a notorious arms dealer. Things get crazy quick when The Riddler shows up with some henchmen and starts taking hostages, forcing Bruce to slip into something more comfortable for kicking ass. 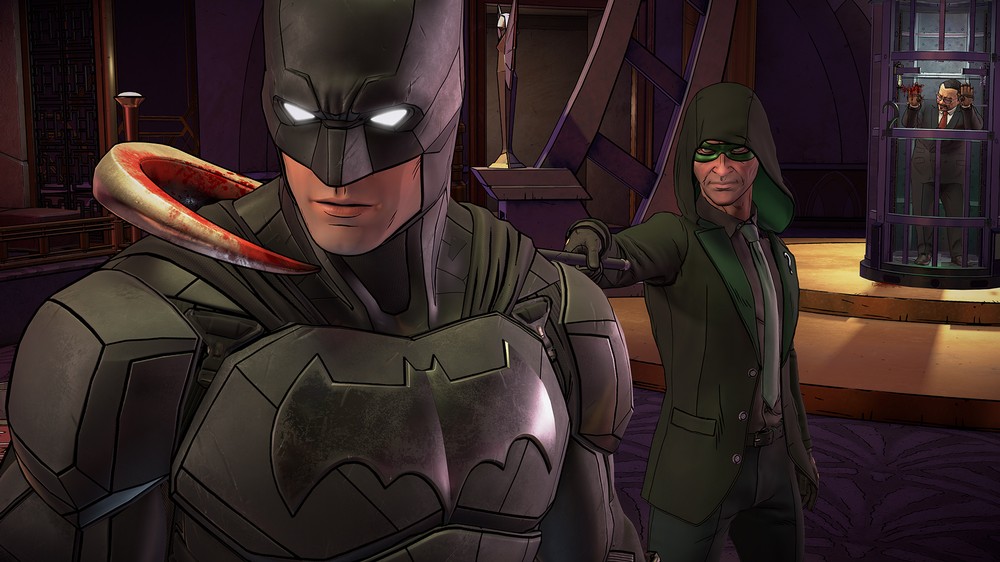 Love it or hate it, that same style of QTE combat is back, this time slightly enhanced with a lot more dual-button prompts to keep you on your toes, but as with the last season, the timing is very forgiving and you are allowed to miss one or two prompts with no ill effect. It’s actually rather unpredictable which missed prompt can kill you, or maybe it’s missing two in a row?

The gorgeous cel-shaded visuals and authentic comic book-style presentation with slick animation and exciting action sequences will quickly overshadow any lack of depth or purpose in the control scheme. This is a game you are here to experience rather than “play”. Even the detective stuff seems to have been toned down this season. As before, you still find clues and connect them to each other to solve crime scene puzzles, but now you are only connecting two dots rather than creating a chain of evidence. Also gone are the pre-combat planning sequences where you figure out exactly what you are going to do before unleashing the stream of QTE prompts. 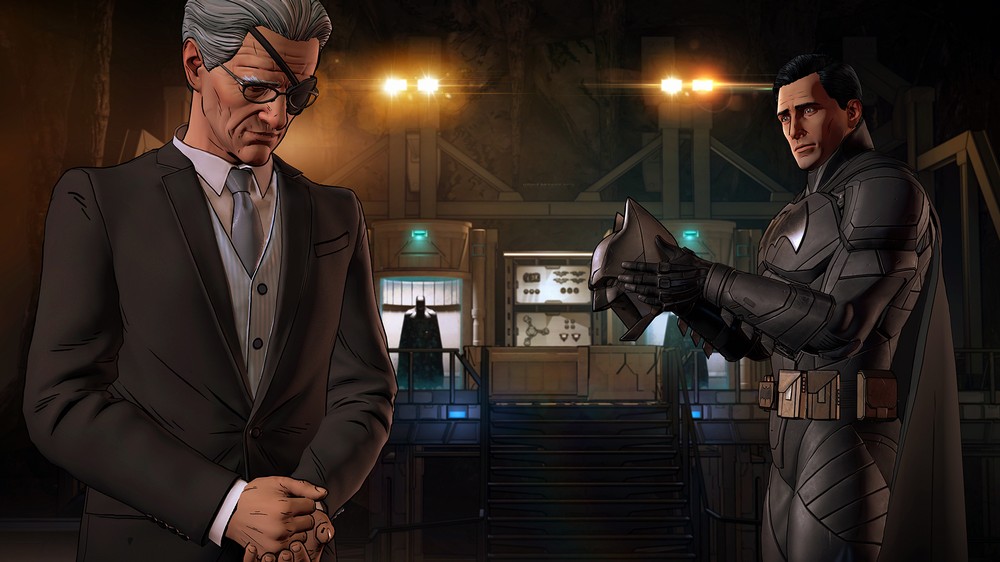 It Telltale’s Batman excels at anything it’s telling a compelling story with loads of drama and engaging backstory for all the characters. John “Joker” Doe is back, freshly escaped from Arkham Asylum and ready to collect on Bruce Wayne’s debt. The Riddler, who hasn’t been seen in Gotham since Thomas Wayne was still alive, is back and more evil than ever.   Amanda Waller is also introduced early on providing an interesting dichotomy for Bruce and his relationship with Commissioner Gordon. And there is loads of personal drama for Bruce as he deals with Alfred and his post-hostage issues from last season as well as Lucius Fox and his newly introduced daughter, Tiffany. There is even a tease for Harley Quinn.

With such great characters at play I really enjoyed Telltales new game mechanic where your decisions can now actually affect your relationship with a character; something that is tracked and reported at the end of the episode much like your other key choices. Now, instead of the game saying, “Alfred will remember that.” It will say “Your relationship with Alfred has changed.” It remains to be seen just how deep or far-reaching these events will extend into future episodes. Most choices have proven fairly superficial in past Telltale adventures, but this new wording seems a bit more foreboding. 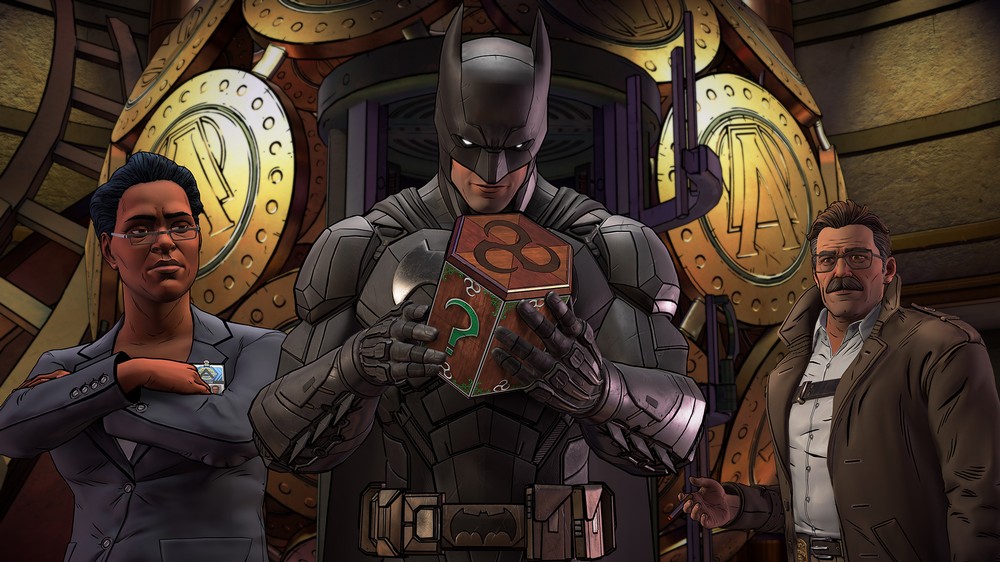 Batman: The Enemy Within advances the presentation quality with stunning visuals that support 4K screens and variable sized subtitles. The voice work cast is equally as good, all turning in believable and engaging performances; even The Riddle and The Joker manage to keep it from getting too over-the-top…at least for now. I can see John Doe teetering on the edge of going full-on cackling Joker any episode now. I also really enjoyed the integration of the QTE prompts that are blended right into the sequences so they become part of the gameplay rather than an obvious distraction. It really lets you focus on the events and stay in the moment.

If the first season was any indication, these Batman games just keep better with each episode. While there are definitely some improvements in the superficial areas of The Evil Within, it seems the core gameplay has been simplified even more. As with all Telltale games, achievements are merely participation trophies, but I would still like a bit more interaction in my interactive-narrative.

Regardless, Episode One is clearly a success, as I have once again been hopelessly sucked into the Gotham and will nervously pace around my computer for the next six months waiting for each new installment. Whether you take the plunge now or wait to binge the entire season after it’s all out there is up to you, but Batman: The Enemy Within is certainly proving to be another Telltale adventure you won’t want to miss. 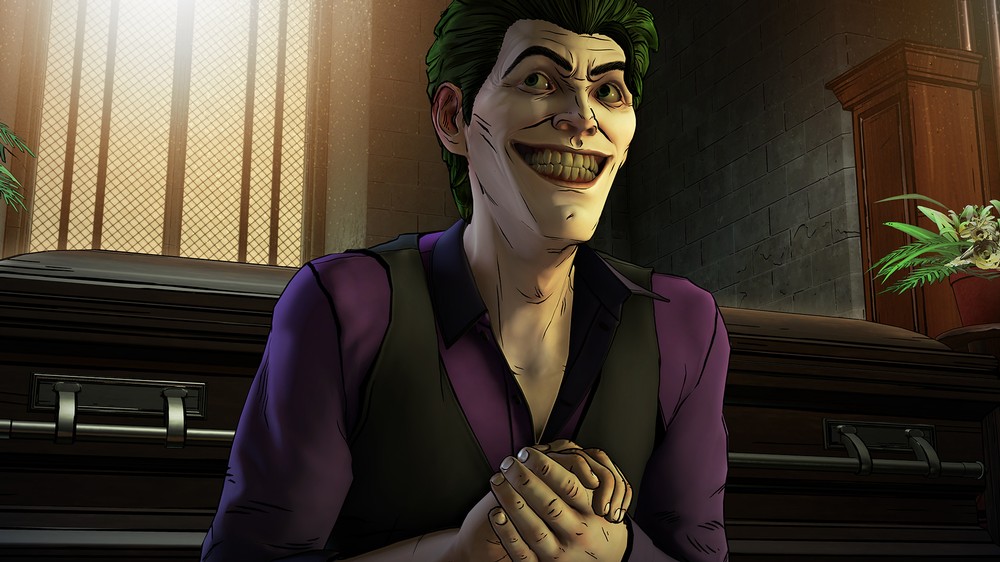 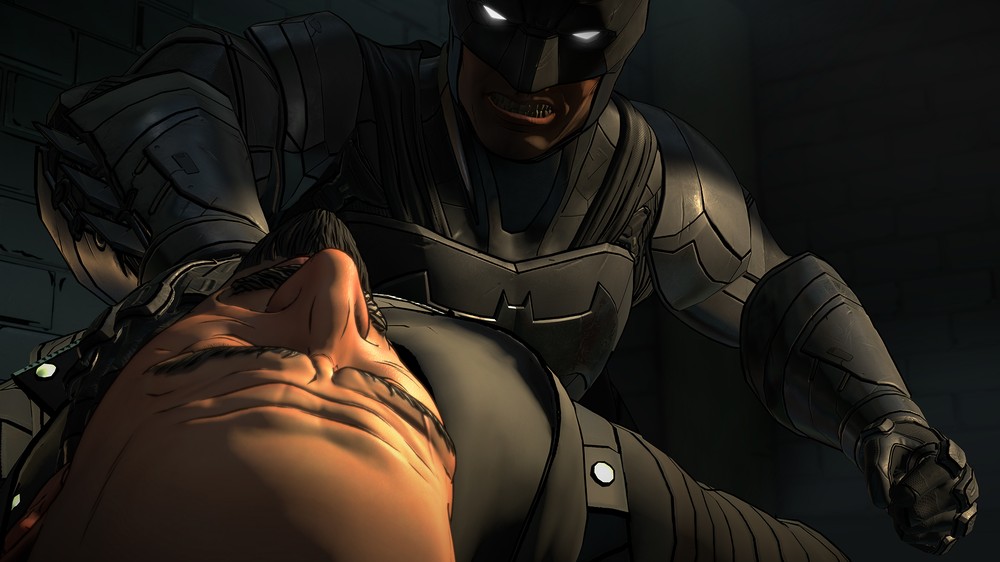 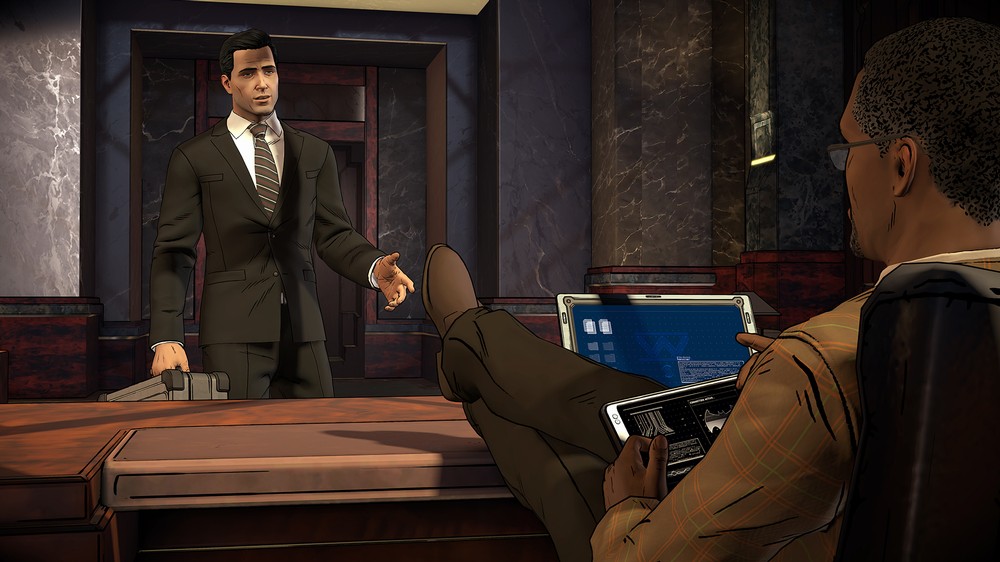