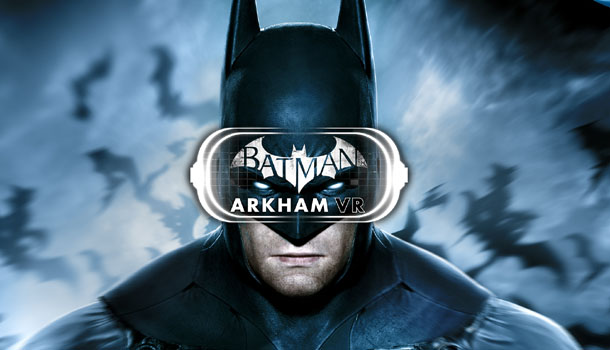 - Too short and leaves you wanting so much more
- No combat, driving, or flying

No VR-equipped fan of the Bat should miss this.

Of the 20 some VR games I now have for the PSVR the only title of the bunch that has elicited the comment, “I’d buy a PSVR just for this game” has been Batman: Arkham VR…not once but twice. Hardcore Batman fans might not find that terribly shocking until you realize that Arkham VR isn’t as much of a game as it is an hour long proof-of-concept demo of what a “real” Batman game could be if Rocksteady Studios chose to flesh these concepts out into something more substantial.

Arkham VR covers all the bullet points of what a Batman game needs. You have all the signature villains in various degrees of appearance as well as nods to Robin and Nightwing, plug the obligatory sequence of watching Bruce(y) witness his parents infamous murder in the alley. There is brief interaction with Alfred, as well as loads of hidden references to other characters from the Batman universe and even crossover references to Arrow and Superman. 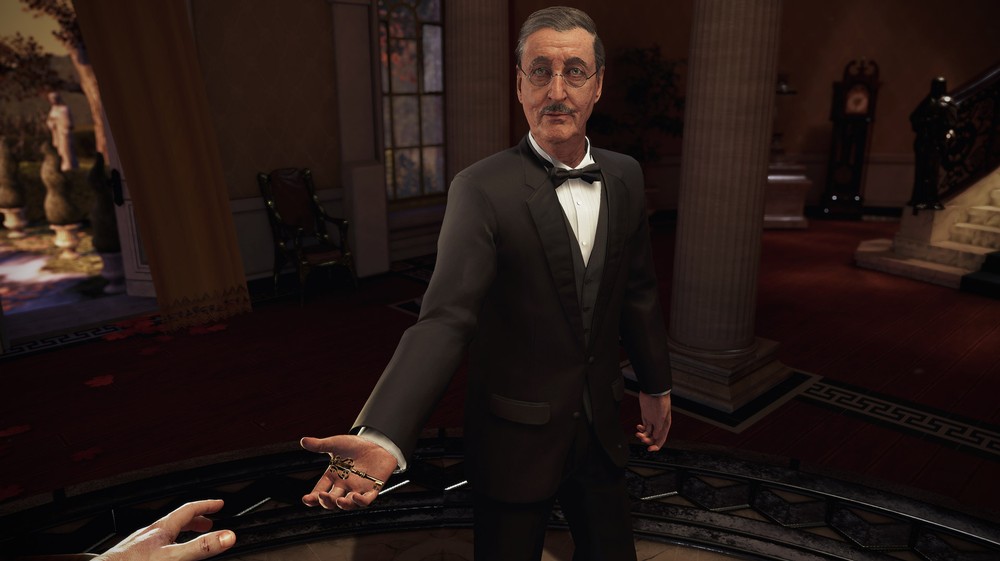 That is part of the appeal to Arkham VR. It may only take an hour to reach the end, but you could easily spend upwards of 4-6 hours finding everything this game has to offer. Whether you choose to do that in one extended playthrough or revisit the game multiple times is your choice, and the game divides the content into nice chapters so you can hit the points that you want to revisit. You’ll certainly want to make at least one additional trip through the game, as after your first completion all sorts of Riddler puzzles and secrets are unlocked for future replays. There are also numerous Trophy challenges that will keep you coming back, as well as an addictive Batarang shooting gallery in the Batcave that tracks your high scores.

While playable with a DualShock 4 you most certainly will want to play Arkham VR with a pair of Move controllers to enjoy independent use of the grapple gun and your dual-mode analyzer that can scan for clues much like the detective mode sequences from the PC and console games. The game just loses much of its interactive charm when you settle for gamepad controls. I really enjoyed the ability to interact with random objects in the levels, using the trigger to grab items then examine and rotate them more closely. Likewise, you can also play seated or standing, although there are several sequences that require quick 360 movement, so I highly recommend the standing option unless you are playing from a swivel chair. 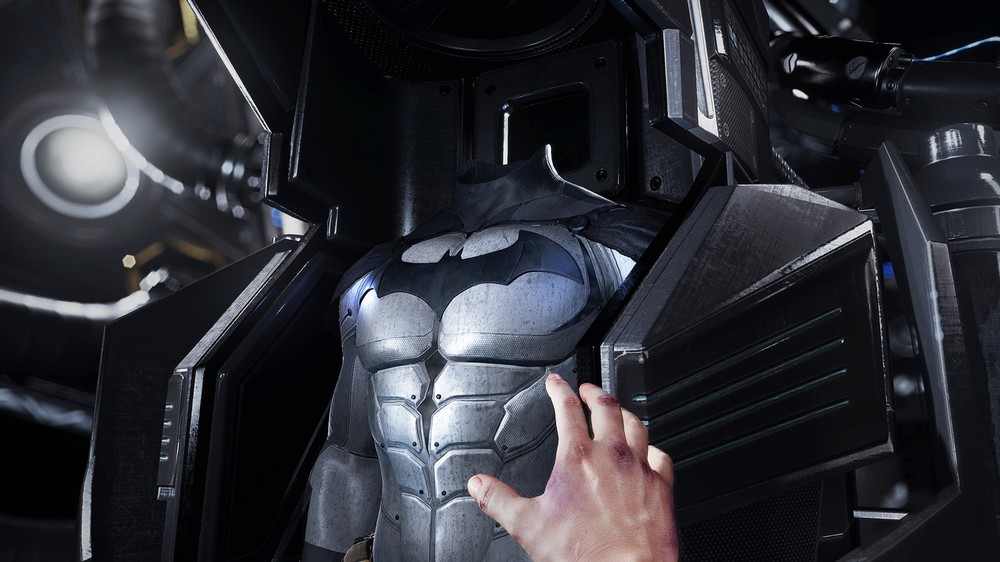 The Batcave is home to a wealth of interactive exploration with all sorts of activities and challenges to occupy at least an hour of your time. As you unlock various characters in the game you can check their bios and 3D models in the Bat Computer, eavesdrop on broadcasts using an elaborate surveillance station, and analyze evidence using a sophisticated forensics station.

My only major disappointment was the lack of anything physical. Movement is all handled by teleporting from spot to spot. Even when you leave the Batcave in either the Batmobile or the Batwing you only hear the engine as the screen fades to black. There is no cockpit view or transitional video. And by the time you reach the end of the experience you’ll think back and realize how little you actually did.   There is no combat; although you do get to watch a reconstructed fight sequence, and the only time you use your Batarangs is to solve environmental puzzles. 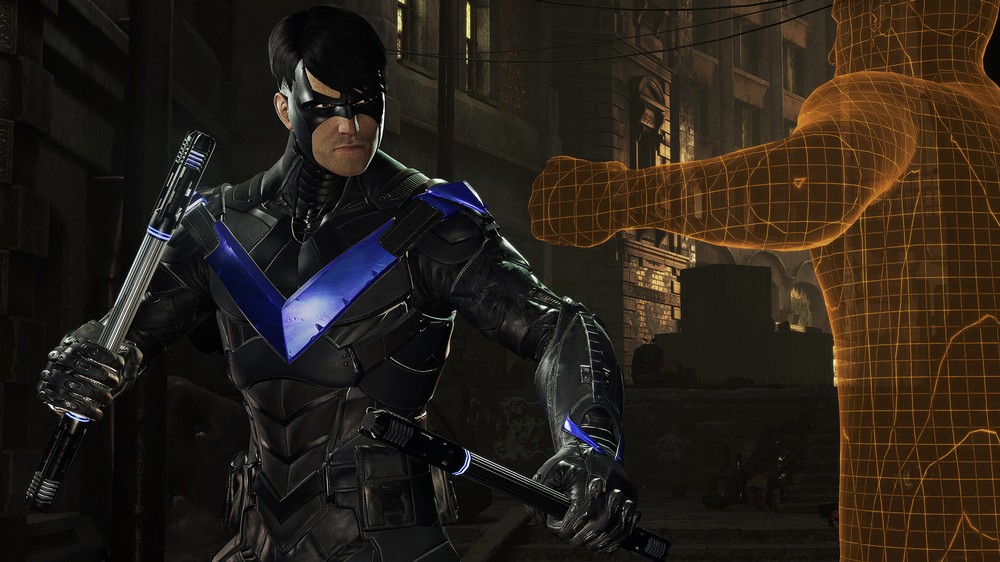 Nonetheless, Arkham VR is great fun and hints at a potential of what Rocksteady could do if they chose to make an entire Batman game set in virtual reality. I don’t mind the linear storytelling going on in this demo if I could throw a punch or two.   Batman: Arkham VR also delivers some high-quality graphics that clearly show that you don’t have to sacrifice visual quality to create a game in VR. This is easily one of the best looking VR experiences available for the PSVR launch and a game no VR-equipped fan of the Bat should miss.