An enjoyable and interesting experience despite some uneven difficulty and unwieldy controls.

When I was younger my parents took my brother and I to Brighton on vacation. For those unfamiliar, Brighton is a town on the south coast of England and one of its major attractions, at least for younger children, is Brighton Pier, which at the time contained a host of the latest and greatest arcade machines. This was always a major draw, but one of the days we were in Brighton we entirely by chance wandered into a building that contained similar seaside games, but these were from the early twentieth century. I’m not sure what it was about these older games, but they grabbed my attention immediately and I spent what felt like hours having a whale of a time playing them and trying to figure out how they worked. For those few hours, I had no interest in the bright lights and loud noises of the likes of Time Crisis or House of the Dead, and these wooden contraptions had me fully enraptured.

What this lengthy introduction is building to is the fact that Bartlow’s Dread Machine almost instantly transported me back to that day. Ostensibly a twin-stick shooter, Bartlow’s Dread Machine gives the impression of running on rails, with all aspects of the game shown as mechanical parts of a larger machine. Your character and all enemies are confined to rails, pieces of the game world are visibly brought up from the depths of the machine and then taken away again, and your health is represented by a series of little light bulbs that blink out once you are hit. There has clearly been a lot of thought and care put into the presentation of Bartlow’s Dread Machine and it pays off; this is one of the more visually intriguing games that I’ve played recently, and the fact that the gameplay is affected by these visual choices only makes it more impressive.

The mechanic that makes Bartlow’s Dread Machine stand out the most from other games is the fact that all characters in the world run on, and are confined to, a series of rails that weave their way through each level. In the first few stages this seems like an advantage, as you are able to easily predict enemy movements and line up your shots to match their trajectories. However, as you progress through the game you start to realize that not only do the rails limit your foes’ angles of attack, they also reduce your avenues of escape, and it is easy to get trapped and overwhelmed. Because of this, you need to almost constantly be on the move, evaluating the best pathways to take and trying to make sure that you’ve always got a way out. 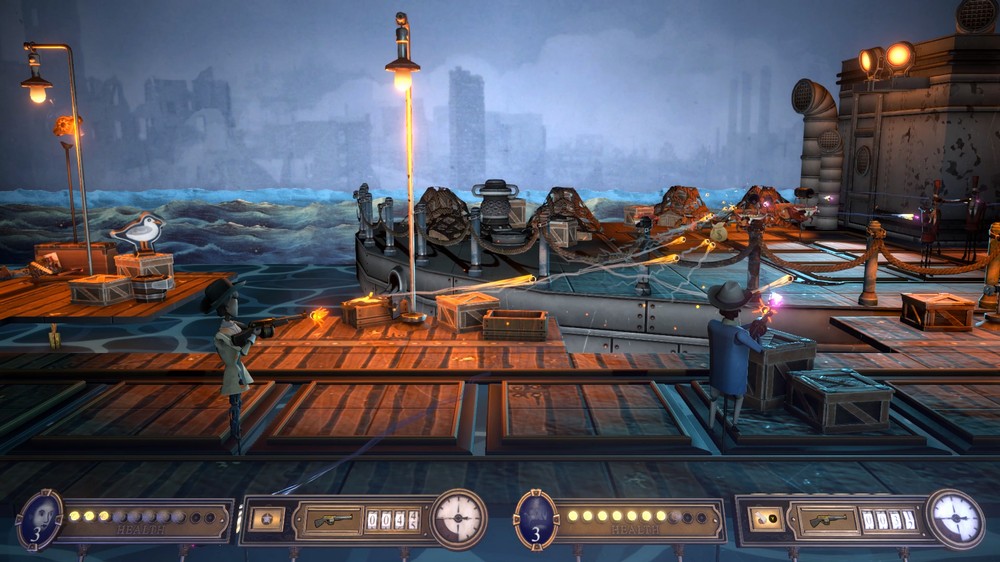 You are able to combat the increase in enemy numbers and difficulty by purchasing equipment for your character, ranging from new weapons and outfits to elixirs that can refresh your health or temporarily increase your movement speed. These are purchased from an equipment menu that pops up before entering each level, and are funded by money that is earned both by defeating enemies in the levels and by a summary that appears upon a level’s completion and awards you bonuses based on how well you did. New equipment isn’t cheap, and you’ll often have to complete a number of levels before being able to make a purchase, meaning that it can often be worth plotting out what you want to purchase in advance and saving up for it. Thankfully you are still awarded money even if fail a level, so it never feels like you’re wasting your time.

While Bartlow’s Dread Machine starts off in a reasonably simple manner, the difficulty starts to ramp up quite quickly, and even playing it on a notch lower than normal as I did, there were sections that took me multiple attempts to progress through, even with upgraded equipment. There are sections of certain levels that start to feel like they’re bordering on unfair, with many enemies thrown at you at once, and a number of enemies with ranged abilities feeling like they had preternatural aim or the ability to tell where your character was going to be even before you did. This difficulty was added to by the fact that firing your weapons in Bartlow’s Dread Machine is a manual process, meaning that for each bullet you fire you need to press the trigger on your controller. With the number of enemies that can be on screen at any one time, I frequently had to put my controller down and take a quick break as my hands began to cramp up. Now, I’m not exactly in the peak of my gaming abilities, but I’m in my early thirties, am reasonably fit and game on a frequent basis, so it feels like it’s a little too early for my hands to begin failing me. Bartlow’s Dread Machine had me in genuine pain at some points, so please be aware if you have any form of arthritis or join issues in your hands. 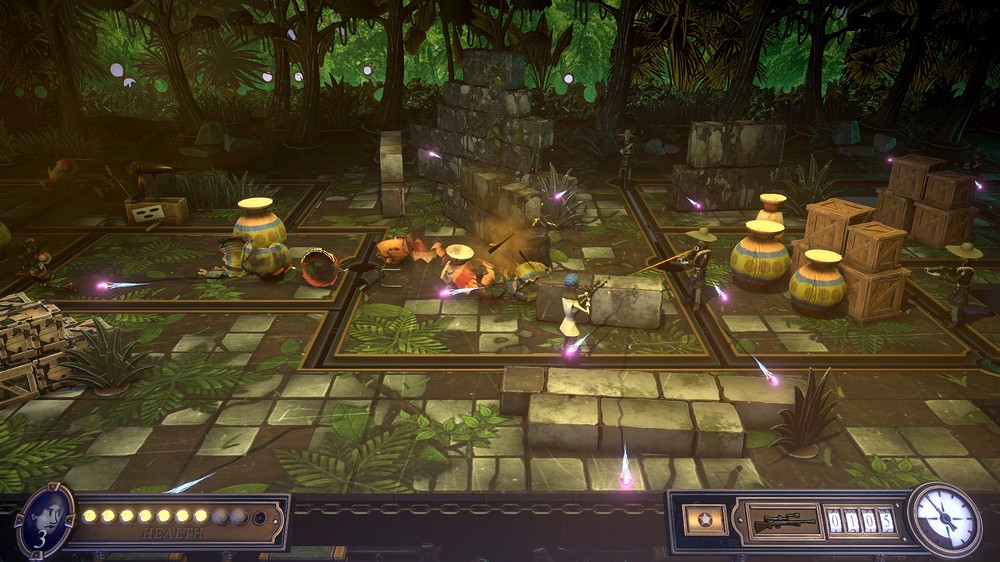 Despite these issues with the controller layout, I was happy to press on with each level as I quickly became intrigued by where the story was going. It’s not that the narrative in Bartlow’s Dread Machine is particularly deep, more the fact it just balances supernatural and silly to be a lot of fun. You play as a member of the Secret Service on the trail of Anarcho-Satanists who have kidnapped the president and are threatening to bring about a Lovecraftian end of the world. You visit a number of locations across the United States and beyond while on your mission, and levels are varied both in appearance and what you’re being asked to do. The majority of your time is spent shooting at enemies, but the perspective from which you view the action switches at regular intervals, and at other times you are put into scenarios such as a car chase or making your way through a moving train. All of these settings are presented in the clockwork, mechanical manner of the rest of the game and there were sections where I was so enjoying what I was being shown that I forgot to actually take part and play the game.

Bartlow’s Dread Machine is an enjoyable and interesting experience, but I found that it was hampered by an uneven difficulty curve and controls that were unwieldy at some points and caused me actual pain at others. However, I was always willing to return to the experience after a short break thanks to the amusing story and the drive to earn more money to further improve my character. This might not be a game for everyone, as the pace can sometimes feel a little slow, and while intentional, the movement can feel restrictive. If you’re at all interested in playing something a little different, however, then Bartlow’s Dread Machine is well worth checking out. Just make sure to bring some ice or muscle rub for your hands afterwards. 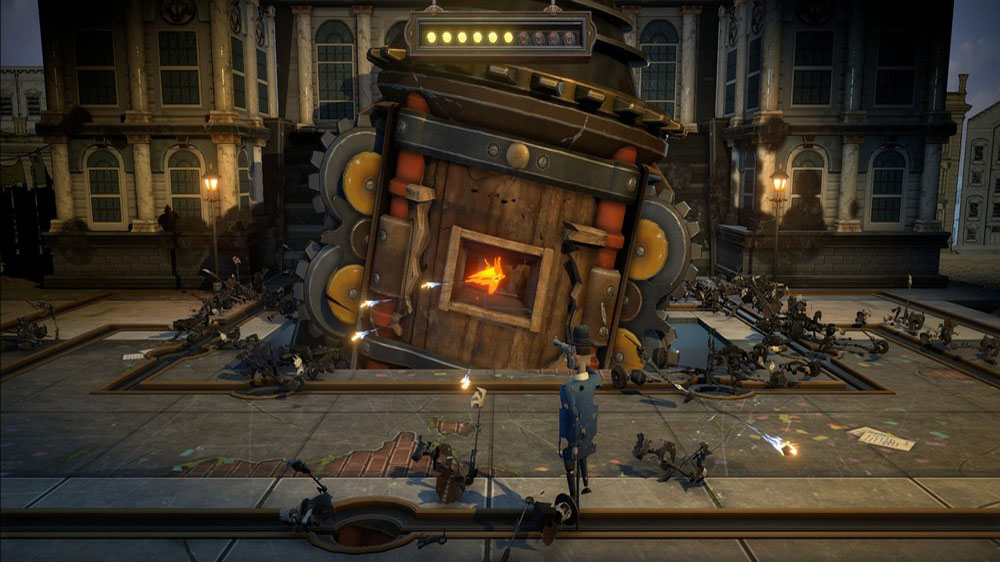 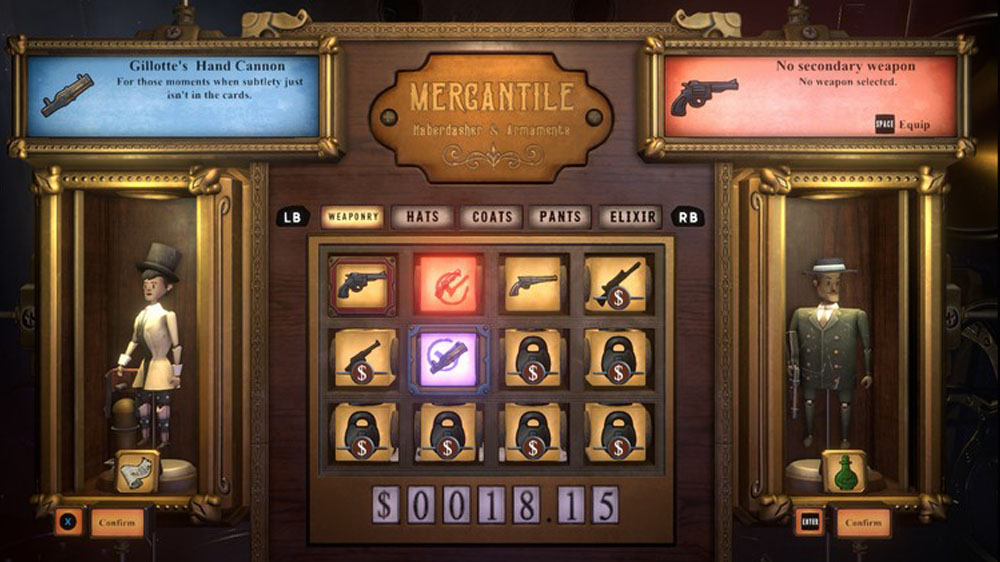 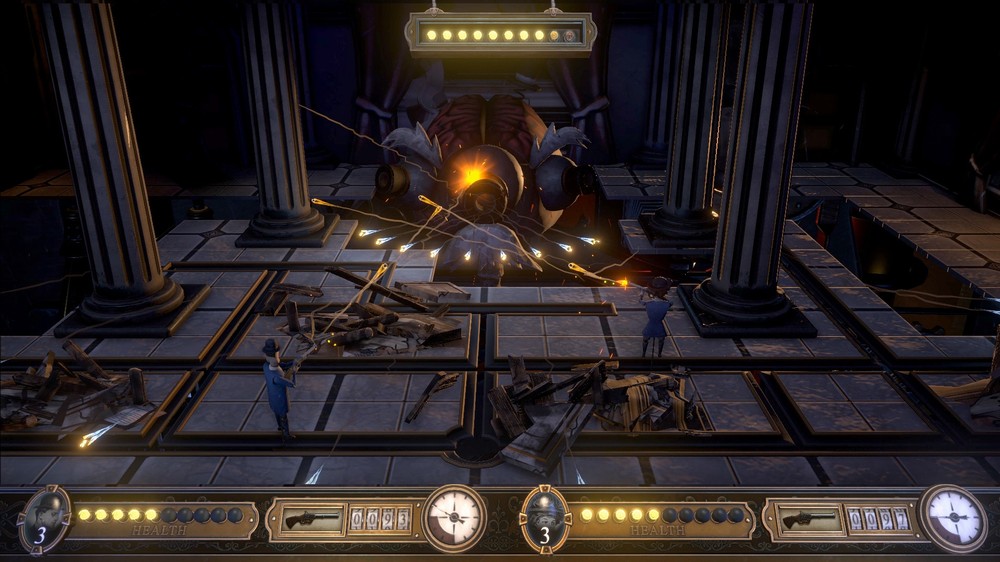 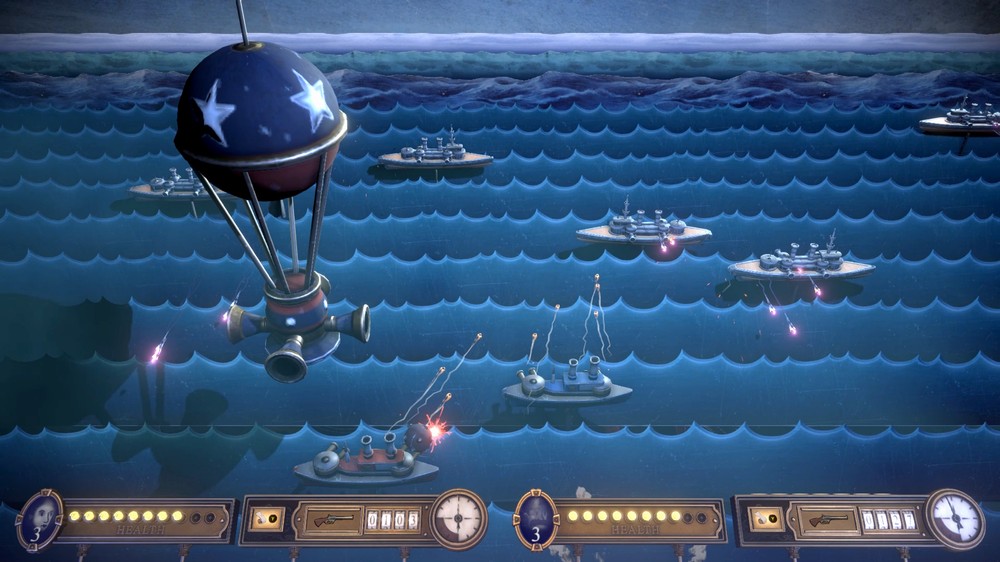 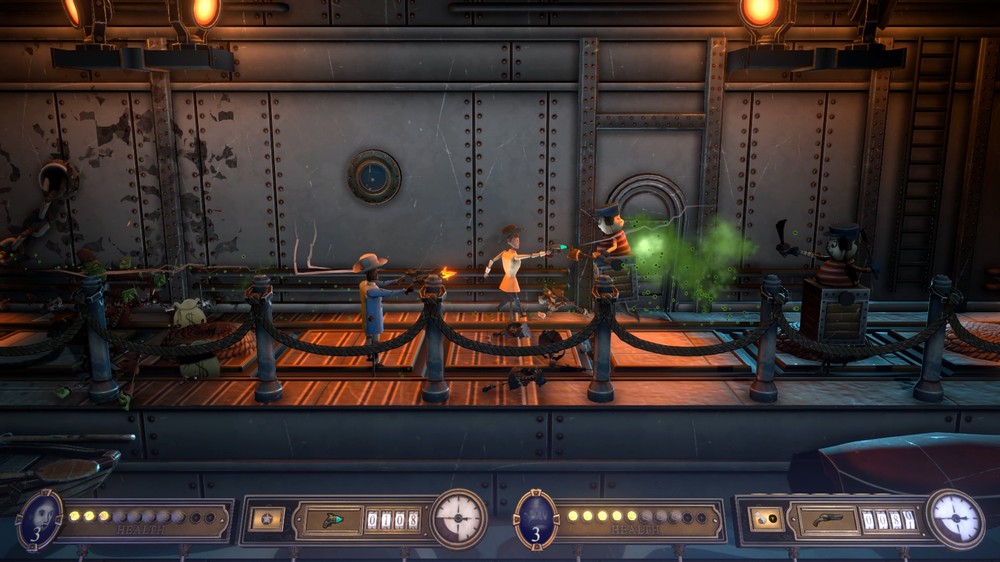 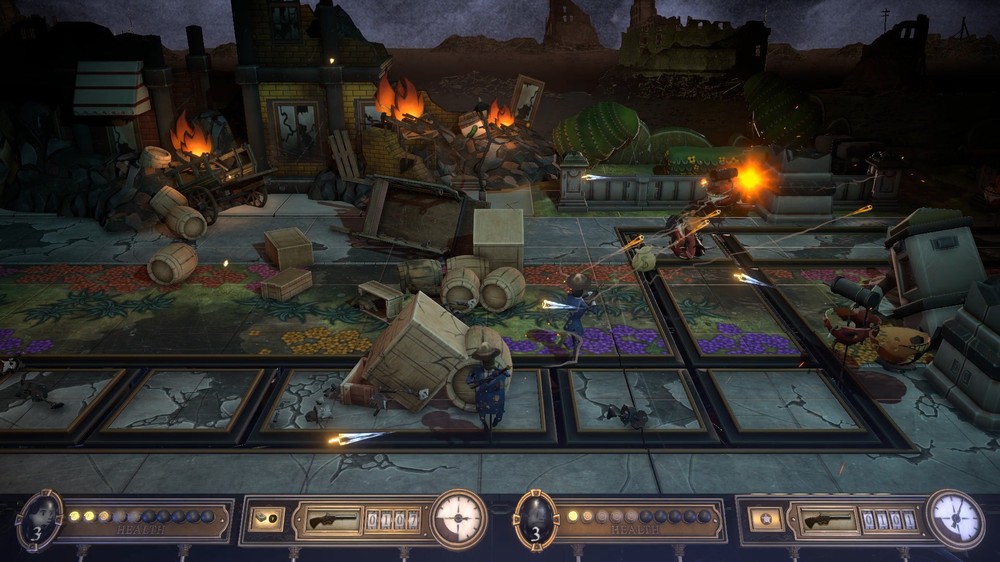