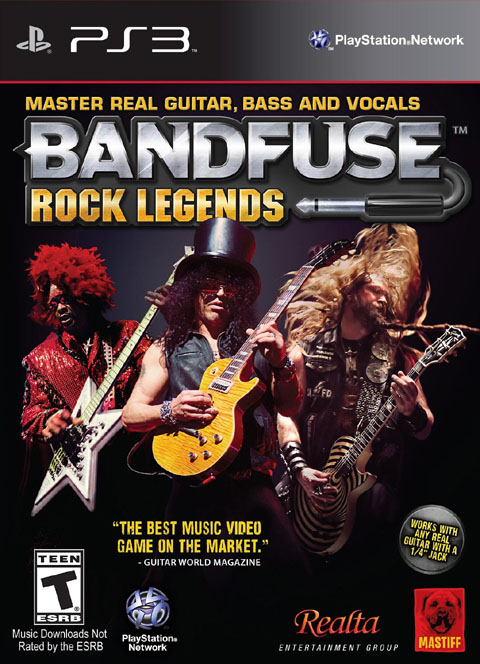 Background videos can be distracting, difficult to fine-tune difficulty, lesson mode not very immersive, expensive game if you don't already have a guitar

A guitar-based game developed for real guitarists – while the gameplay and technology are solid, BandFuse lacks the features and polish of Rocksmith 2014

With the demise of Rock Band and Guitar Hero, there has emerged a new wave in the music game genre in which gamers play along with their game using real instruments rather than cheap plastic peripherals.  This is accomplished through the use of proprietary analog-to-digital conversion cables that connect real life guitars and basses (only electric stringed instruments at this time, but I am sure drumming is not far away) to the gaming consoles.  Arguably, this variant of the traditional music game could be more aptly called “musician games” because unlike the aforementioned peripheral games, diligent players of this new genre actually wind up learning musical theory and skill – in most cases quicker, and cheaper, than actual lessons at the local Guitar Center.

Few would argue that the current leader in this relatively new musician genre would have to be Ubisoft’s fantastic Rocksmith franchise.  Now on its second release with Rocksmith 2014, the series incorporates the familiar note-highway gaming mechanic of Rock Band and Guitar Hero (slightly redesigned around standard guitar and bass necks), adds in a plethora of vintage equipment emulation to unlock, and then bundles everything in one of the coolest and classiest visual packages yet seen on any console.  Take it from me; Rocksmith is one music game that blows away even the most hardened and jaded of musicians, even in cases where Guitar Hero and Rock Band failed miserably. 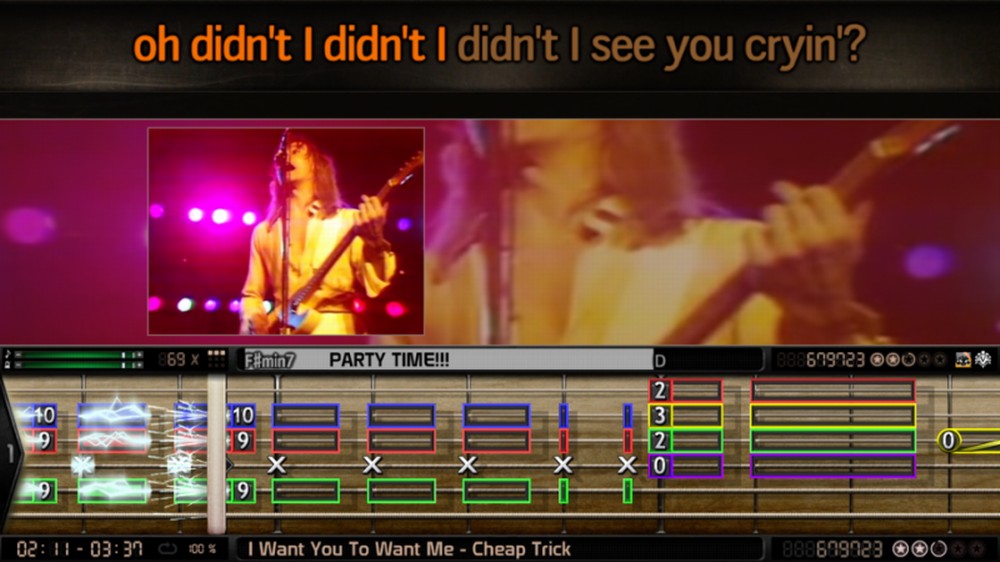 Developed by little-known California-based Realta Entertainment and published by the highly elusive Mastiff Interactive (see if you can Google that and get anything) – even with Majesco behind the distribution BandFuse does not carry a recognizable development pedigree.  What it does come with, however, is the backing of a number of highly respected guitarists and bassists including Zakk Wylde (Ozzy Osbourne), Mike Ness (Social Distortion), George Lynch (Dokken), Bootsy Collins (Parliament Funkadelic), and the legendary Slash (Guns N’ Roses, Velvet Revolver).

If these names mean nothing to you, get Googling. If they do mean something, then you are either young and have a diverse taste in music, or you are 40 years old like I am and you grew up with this stuff.  But do not assume the centers on older music – BandFuse: Rock Legends provides 55 tracks of music spanning 50 years of music, nearly half of it from 2000 and newer, and all of it available from the start.  There is music representing nearly every era and trend in music over the past 5 decades, from Santana to Shinedown, from Cheap Trick to Cold Play, and from the Pixies to Pearl Jam.

But, even given the obvious similarities, there are a number of significant differences between the two titles that really help differentiate them from each other. 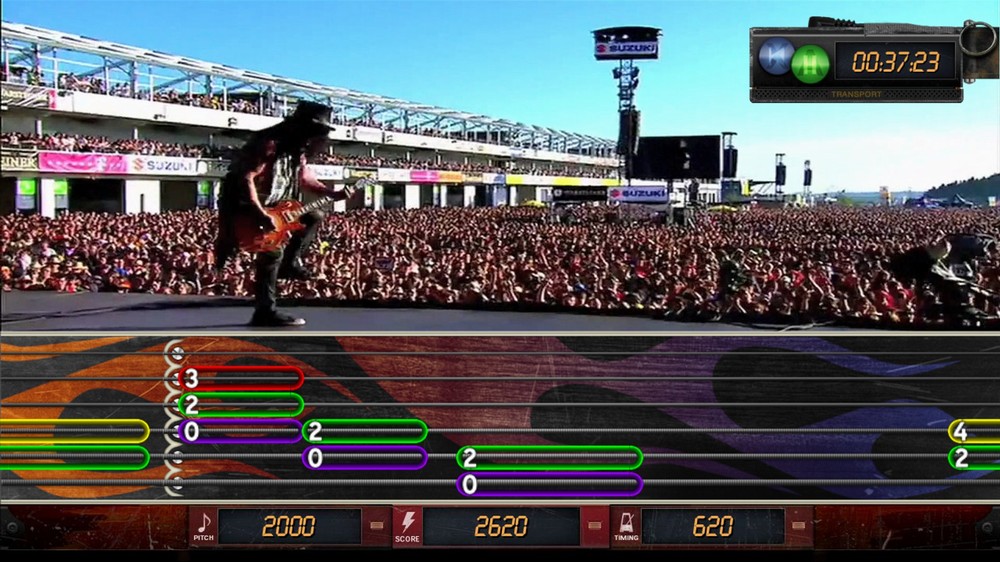 As a disclaimer right off the bat – I want to let it be known that in terms of technology I saw no discernible difference between the two titles – both Rocksmith and BandFuse: Rock Legends seemed equally responsive to my guitar input, with little-to-no noticeable audio lag.  My point being that any differences I mention henceforth are completely taste-driven, meaning that they relative importance of the complaints will differ from gamer-to-gamer based on his or her personal preferences.

It is like what my wife calls the “chocolate argument” – some people like milk chocolate best, some like dark chocolate best, some even like white chocolate best – but regardless of what flavor you like, it is pointless to attempt to debate over which is better because ultimately it boils down to your own personal taste. And who really cares when they are all delicious, right?  The same can be said for the Rocksmith vs. BandFuse discussion; both are delicious, it all depends on what you like.

When it comes to BandFuse’s unique aspects, the most significant would be the gameplay interface.  As mentioned earlier Rocksmith utilizes the traditional note-highway scheme that has been around in music games since Harmonix released their flagship music title Frequency for the PS2 over 11 years ago, which led to their later development of Guitar Hero and Rock Band.  BandFuse on the other hand implements an interface that most guitarists will be familiar with – tablature.

It’s really hard for me to describe tablature on paper – it would be best to search for some online and take a look, but basically it appears to be a traditional musical staff stretched across the page with bars and measures written on it just like you would see in a music book.  But instead of each line representing a note, in tablature each line represents a specific string – and rather than having musical notes placed on the lines as in traditional sheet music, tablature instead features numbers representing the fret at which that string is to be played.  In this way, transcribers can place and space songs for single notes, chords, and complicated solos.  Guitarists read from left to right and follow along in time to the song’s tempo.

For guitarists who have used tablature in the past, BandFuse’s interface is most likely going to win out over Rocksmith, not only in familiarity but also because if provides a much wider view of what is coming up in the song, meaning more mental preparation and less surprises.  I found that as songs got faster and more heated, I had a much easier time with BandFuse: Rock Legends’ interface in keeping everything mentally in order than I did with Rocksmith. 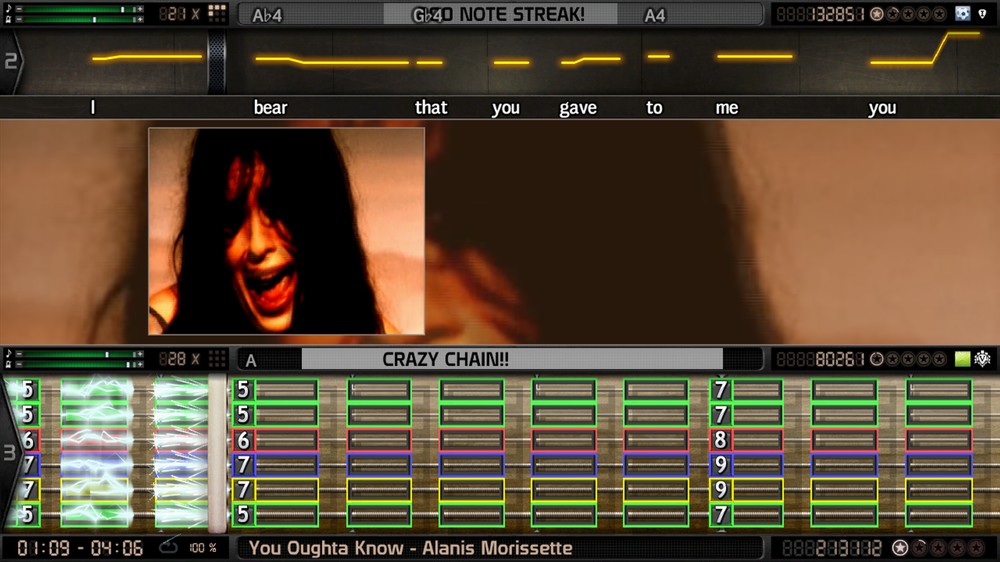 Still, this interface comes at a cost – mainly in presentation value, which looks a bit uninspired compared to the awesome visual design delivered by Rocksmith.   Yes, there’s music videos running, and yes there’s background bands rocking out – but it all seems a bit disjointed and distracting compared to Rocksmith’s dynamic yet unobtrusive backgrounds.

That brings me to the difficulty level, which is a bit unbalanced with BandFuse compared to Rocksmith.  Both titles allow gamers to tailor the difficulty level, resulting in either fewer or more notes in each song.  The problem is that BandFuse is inconsistent in how much it tailors songs (or particular sections of songs) to the gamer’s request.  There were times I just couldn’t find the sweet spot between too easy and too hard – a problem I seldom had with Rocksmith’s dynamically adapting difficulty.  Thankfully, the game does not fail you for missed notes, so a messed up section was not an all-out catastrophe – but a little more balance would have been appreciated.

BandFuse offers the requisite training mode in ShredU, which introduces gamers to various techniques and lessons and allows gamers to slow down and loop solos and segments – while this is a nice effort, it wasn’t as immersive as Rocksmith’s Riff Repeater and arcade-based games which seemed much more intuitive and less forced.  It also offers a Freestyle Jam similar to Rocksmith 2014’s session mode – although I will say that Rocksmith has this feature won hands-down with its dynamically adjusting band.

Like Rocksmith, BandFuse features both single player and multiplayer play for guitarists and bassists.  The game oven offers a Band Pack ($79.99 MSRP) which includes two additional guitar cables, a microphone, a four-port USB hub, and an acoustic guitar adapter so up to four players can get in on the game.  The most we were able to try was two (limited by equipment), and while it did get a little muddled at times, it was a good deal of fun rocking out with a partner.

BandFuse: Rock Legends is an impressive release for the rather unknown folks at Realta and Mastiff.  While it really appears to be a one-off of Ubisoft’s amazing Rocksmith franchise – which it is for the most part – BandFuse is actually a solid game in its own right, and one that offers established guitarists a more familiar musician-developed interface, rather than the gaming industry-developed interface provided by Rocksmith.  Rocksmith may win with overall presentation and features, but BandFuse is still a solid choice. 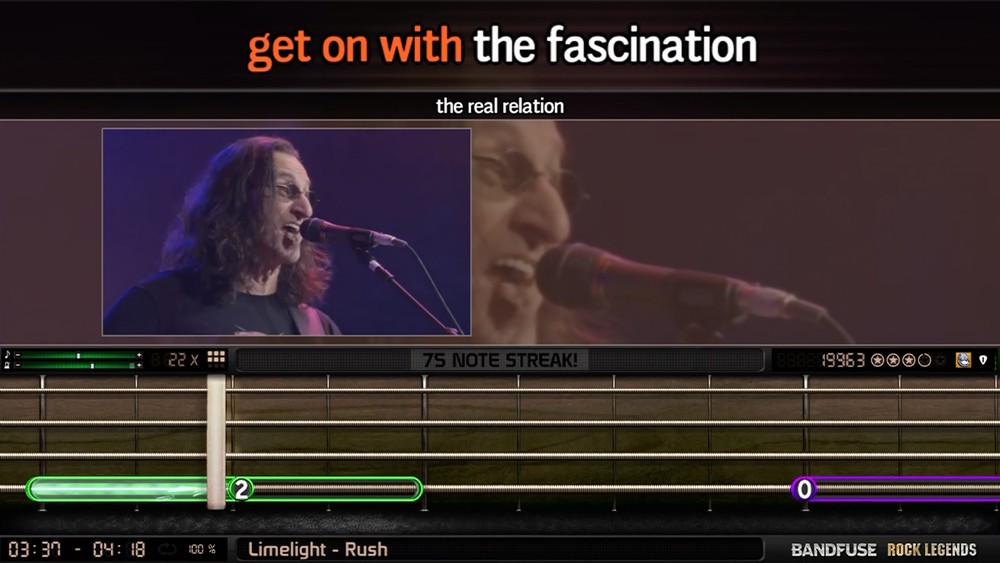 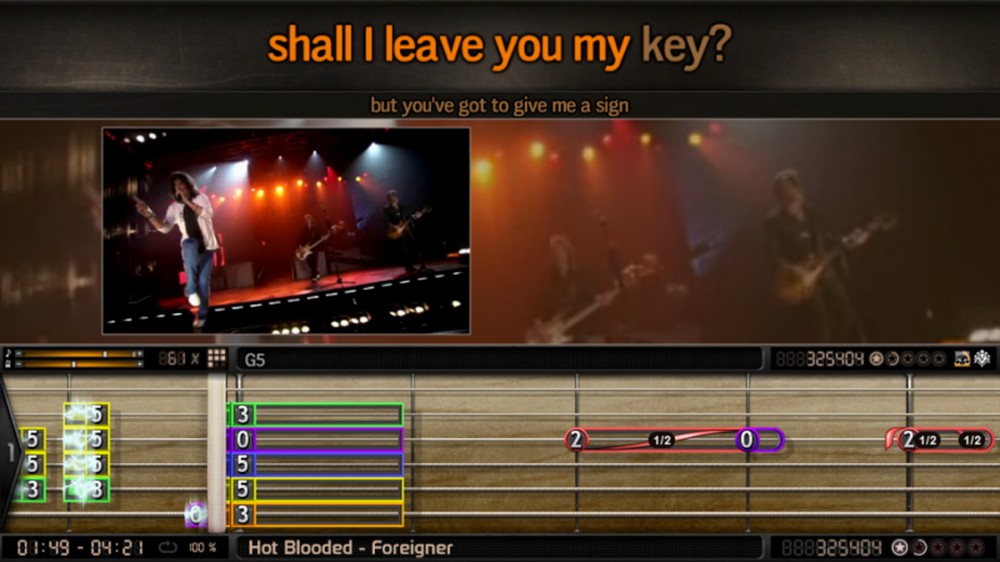 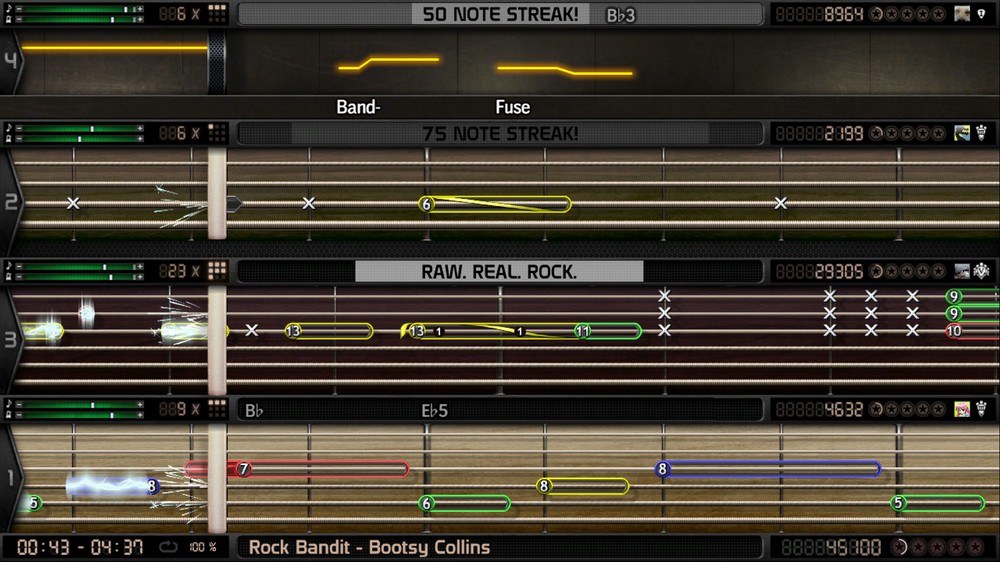 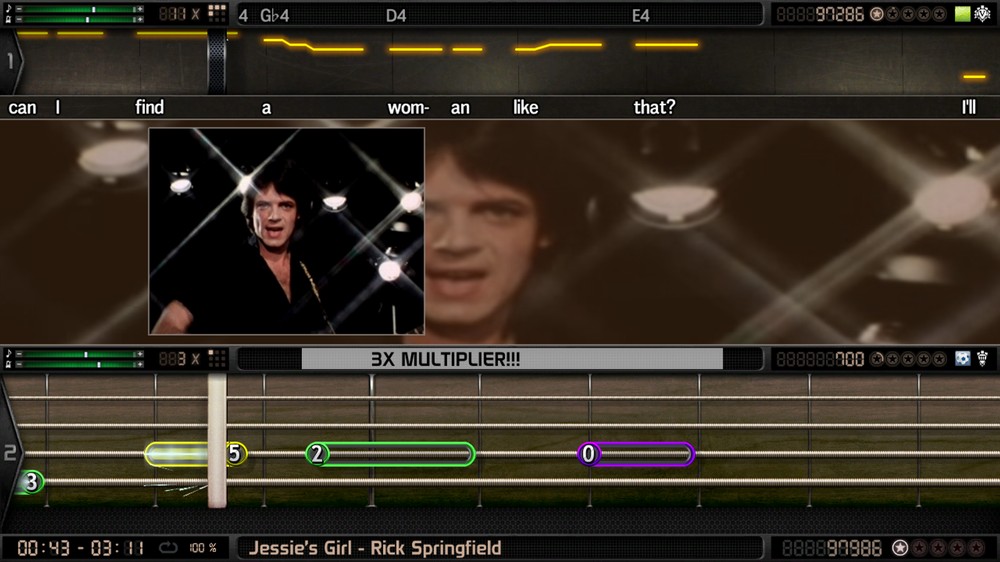 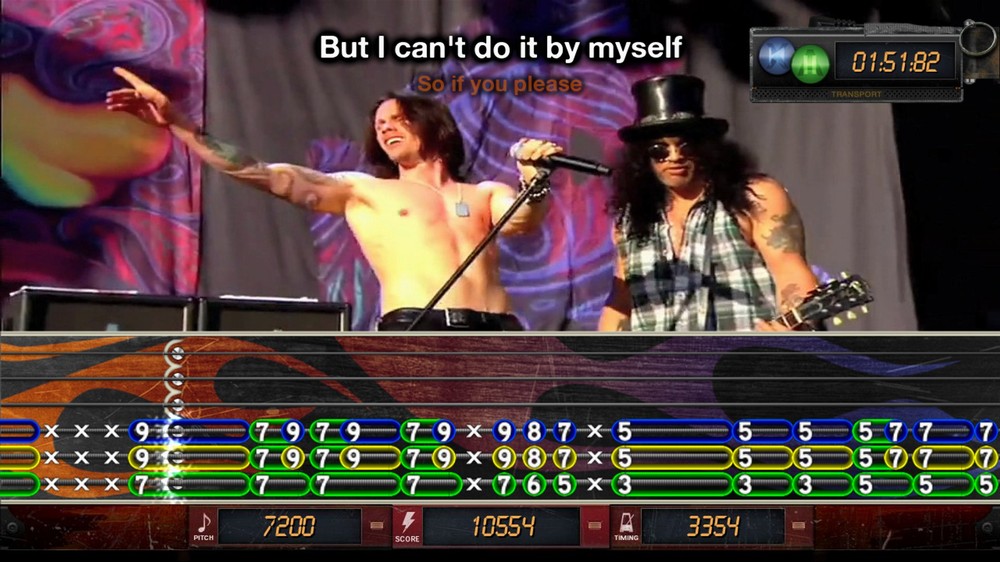 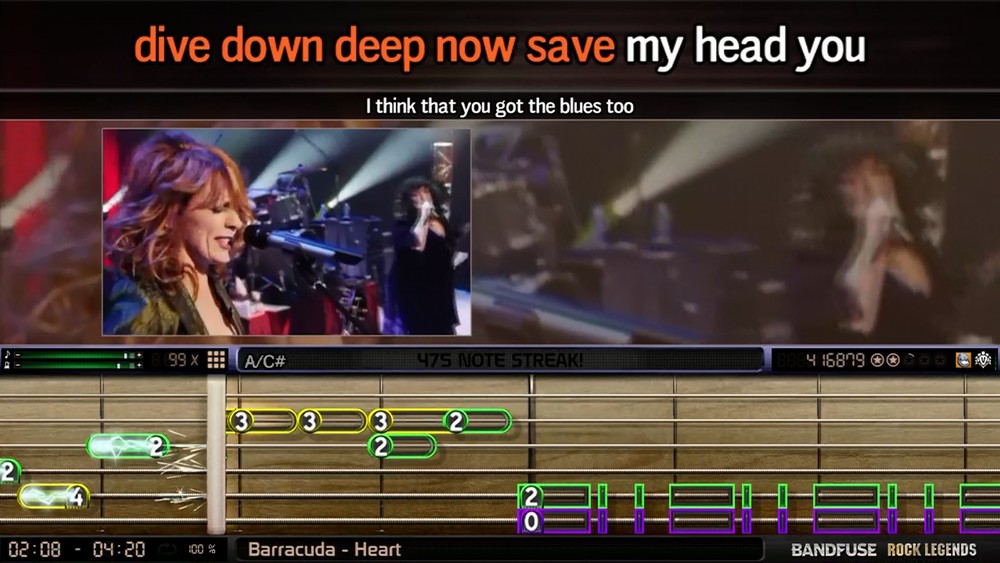 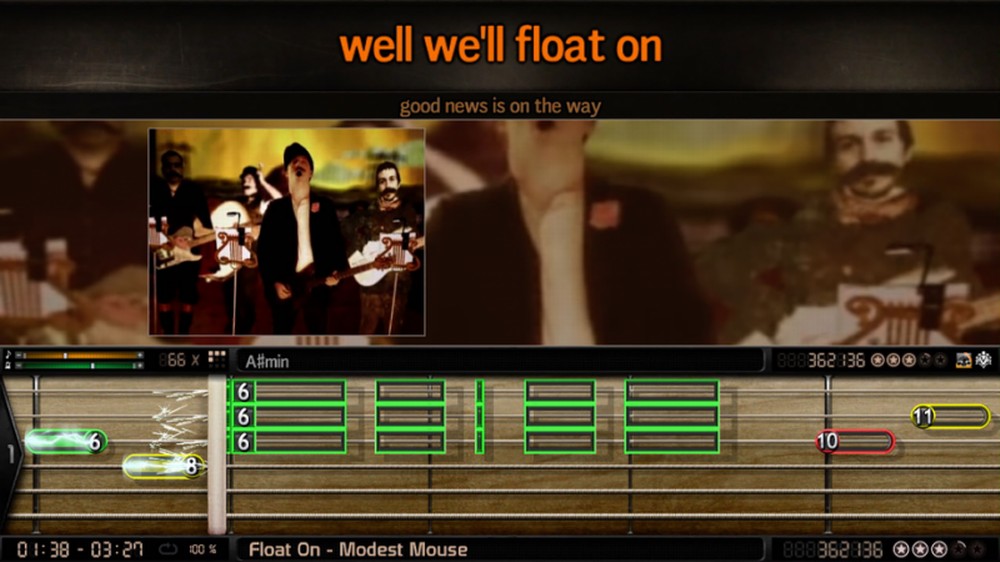 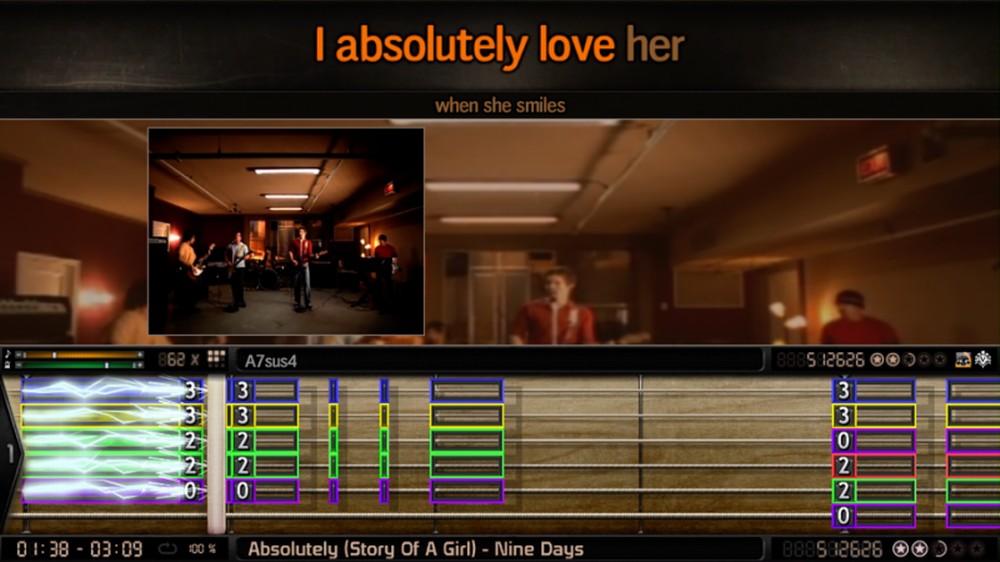 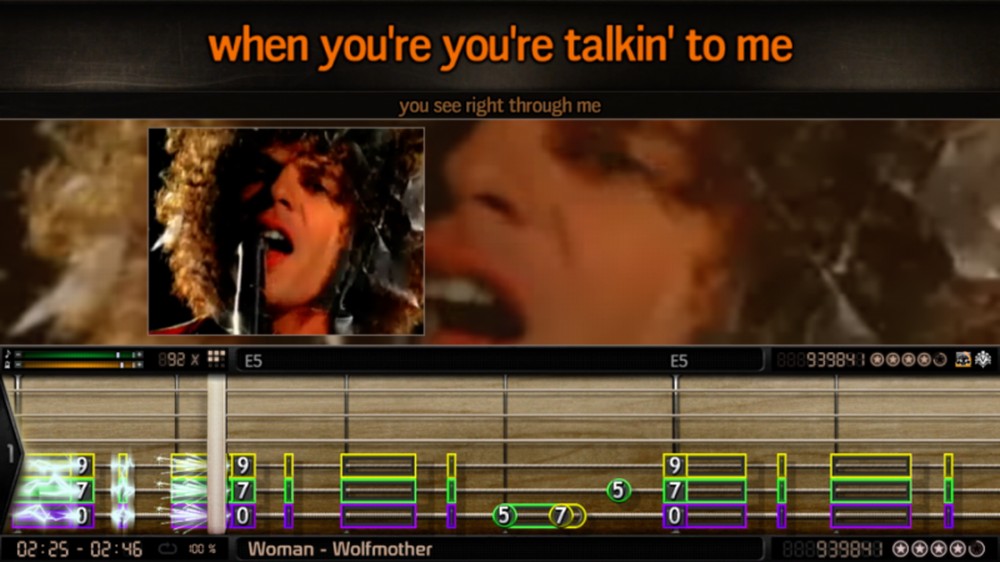 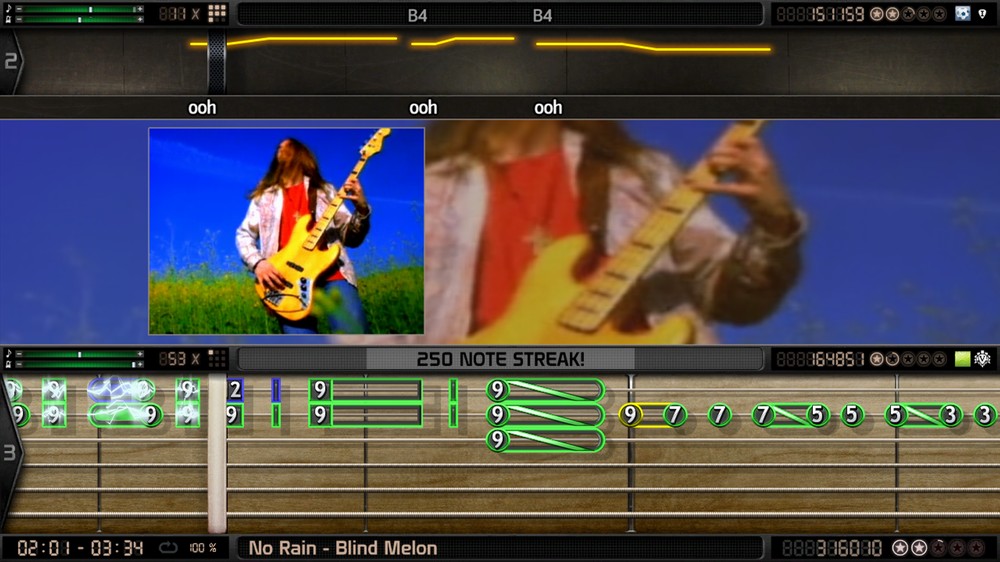 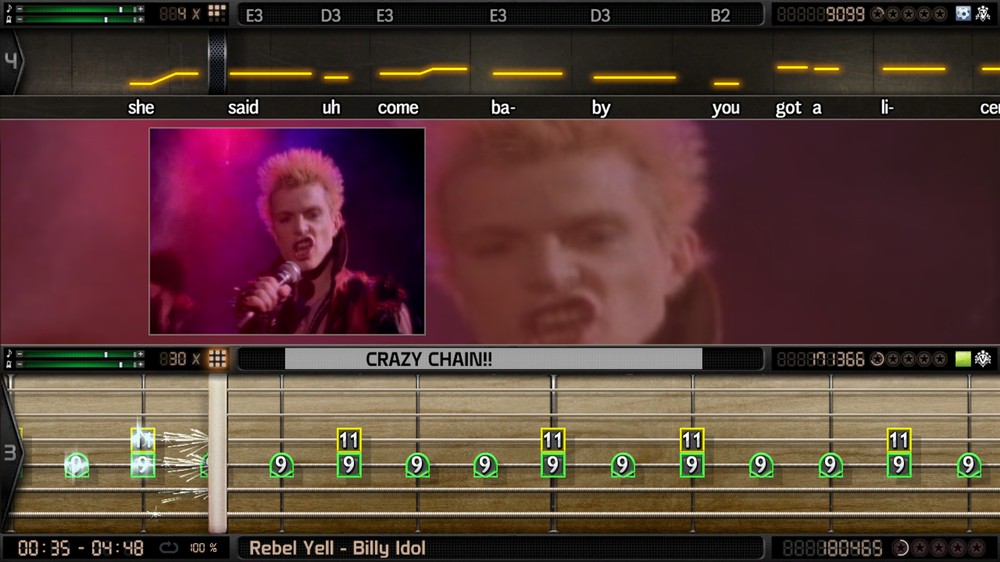 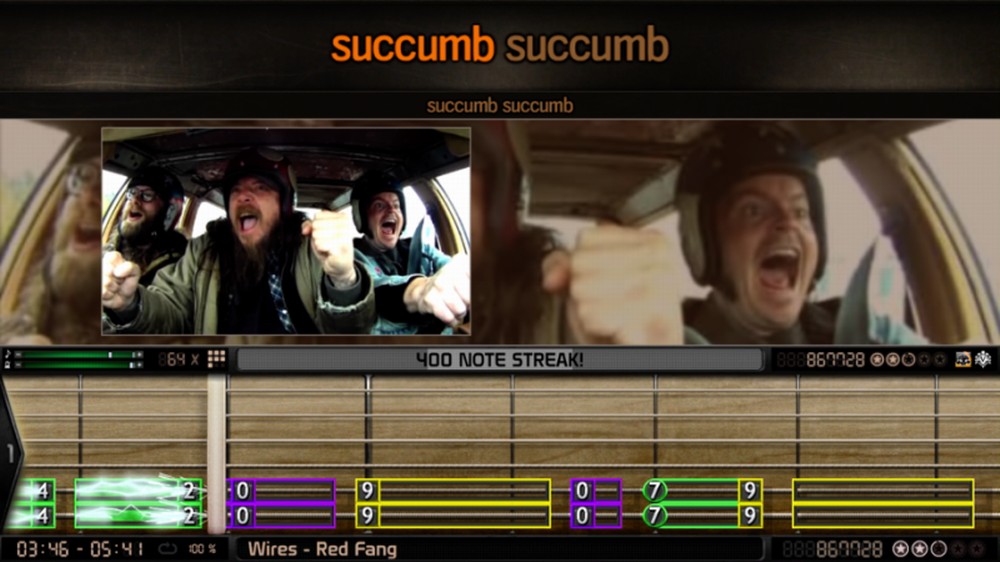