SIZZLIN'
TOP 10
1
765
The Walking Dead: Saints & Sinners Review – Oculus Quest
2
705
Synth Riders Celebrates Anniversary with a Month Full of Treats and an Oculus Ques...
3
704
Join the Galaxy’s Finest as Star Wars™: Squadrons Soars Into Homes Today
4
704
The Falconeer First-Look Preview – PC
5
704
Metamorphosis is 33% Off on Steam!
6
704
Werewolf: The Apocalypse – Heart of the Forest launches on October the 13th
7
704
Worm Jazz Review – PC
8
704
Take to the Skies and Choose a Side in the New Trailer for Next Generation Air Com...
9
704
CRASH BANDICOOT 4: IT’S ABOUT TIME IS AVAILABLE NOW
10
703
Frictional Games Shows Off First Gameplay Footage of Amnesia: Rebirth
Video Games
Editors Choice 466 views 1 like 0 comments
Posted May 21, 2013

An elegant game, both in design and gameplay

Badland is without a doubt one of the more original games I’ve played on my iPad this year. There were times I was reminded of one of my favorite side-scrollers, Limbo, mostly due to the prominent use of black as the prominent foreground color, but Badland offers up a more frantic game pace than the puzzle-centric Limbo, blending gorgeous multi-colored backgrounds that peek through the pure black silhouettes, and an endless runner, one-touch style of play not unlike Tiny Wings.

In Badland you control a creature that can only be described as a floating dust bunny with eyes and two stubby wings. It reminded me of Meatwad from Aqua Team Hunger Force covered in soot. Your goal is simple – to navigate this odd creature through 40 levels that slowly transition from dawn to night. Doing so requires that you only tap/hold to give your hero a vertical boost or to maintain the desired height as you traverse all manner of deadly obstacles. Along the way you will pick up clones of yourself that you can escort to the end, and there are also various power-ups that will grow and shrink your character, allowing him to smash through obstacles or squeeze through tiny crevices.

One particularly challenging aspect to the game is that the screen is always scrolling forward so it’s up to you to keep up. If you ever fall off the left edge it’s “game over” – or at least a restart from the last checkpoint. This adds some urgency to the gameplay that will having you making tough choices on who you can rescue and which power-ups you can go out of your way for and still maintain the pace. It also creates a unique thrill when you can perfectly navigate your way through a maze-like corridor of deathtraps. 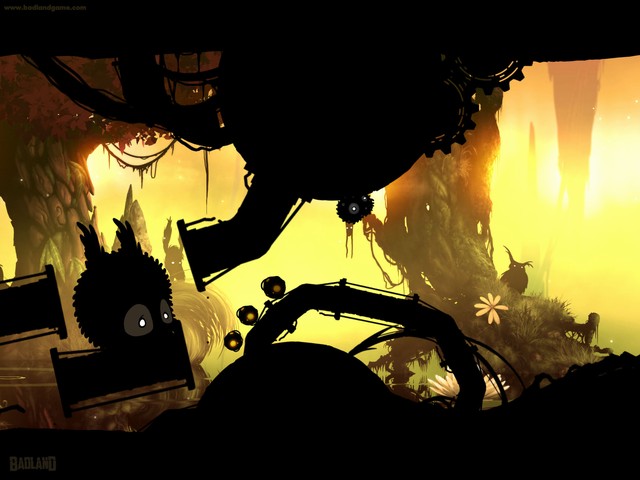 As you get deeper into the game the variety and lethality of puzzles increases and new power-ups are introduced that give you additional abilities like being able to stick and roll along the surface rather than fly. As is common with most mobile games these days, there is a scoring system in place that rewards you with up to three eggs per level. Earning these eggs requires that you complete a special challenge like save x-many clones or do the level under a certain time limit or in a single life. On some levels the challenges are nearly impossible to complete all in the same pass, so plan on multiple trips through levels if you want to earn all the eggs on all 40 stages.

There is also a multiplayer mode which is surprisingly fun, and allows up to four players to play the game simultaneously on a single device. Each person gets their own color-coded creature (Clony, Cyclo, Fury, Snorf) and a quadrant of the screen to touch to control them. Then, it’s just a race to the finish to see who can survive or rack up the highest score before dying. I even had some fun trying to play four characters by myself. It works great on the iPad but I have my doubts on this mode being playable on the smaller iPhone – four fingers would completely obstruct the screen. Still, it’s a universal app, so one purchase allows you to play on both devices. 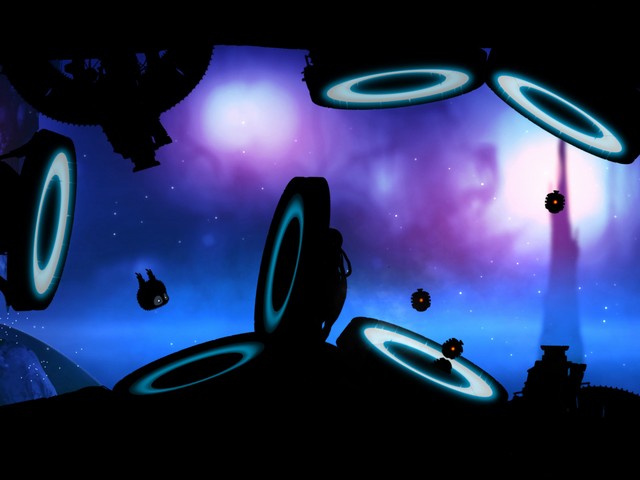 Despite the heavy use of black the visuals are quite stunning with gorgeous background art that scrolls by with flawless precision and distracting beauty. The framerate is exceptional which not only gives weight and physicality to the character, but also immerses you in the flying controls in a way Tiny Wings never could. There are great environmental sounds and the music is haunting and magical at the same time. The opening screen recommends headphones – I went one step beyond and jacked my iPad into my home theater for the ultimate aural experience. You will want good headphones if you play this on the go, as the sound is half the experience of Badland.

Badland is an elegant game, both in design and gameplay, simple to play and nearly impossible to master, but addictive enough that you’ll keep coming back. The audio and visual presentation is worthy of a console game and I’d look for this on Xbox, PlayStation and PC very soon. With a lengthy single-player mode and fun multiplayer element, Badland is a fantastic addition to your mobile game library. 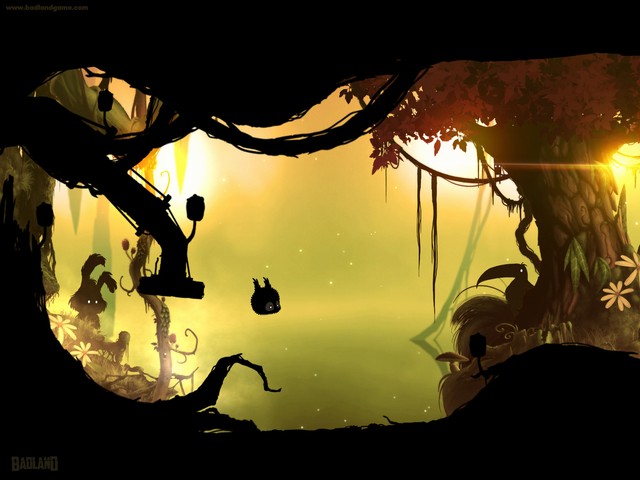 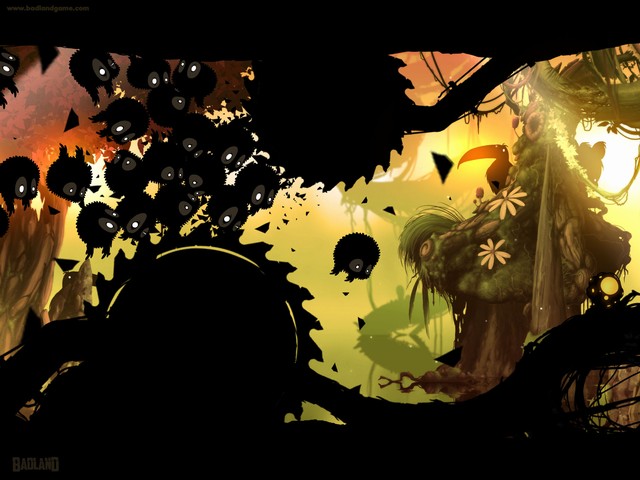 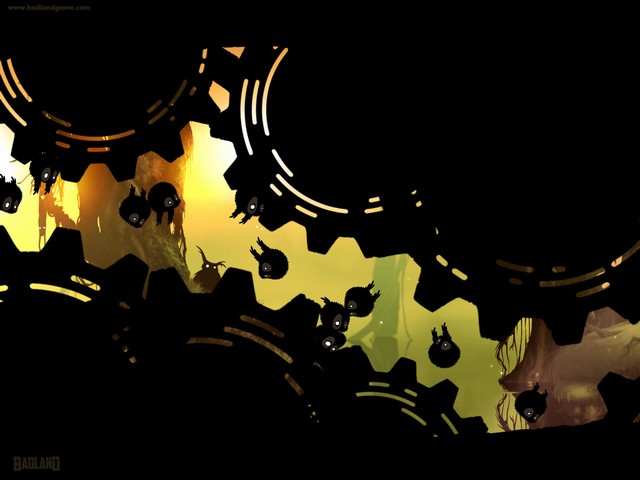 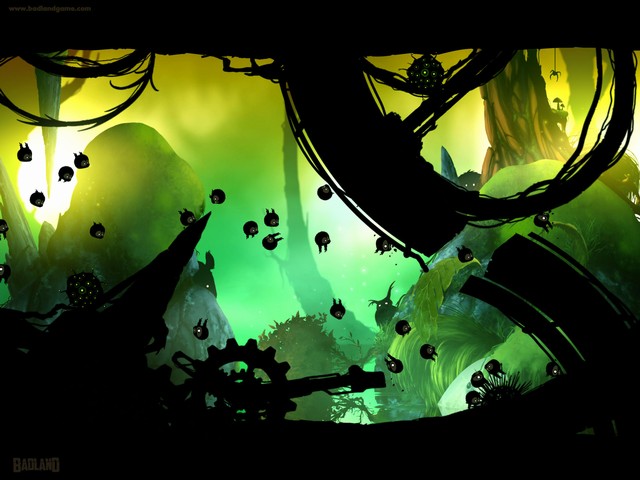 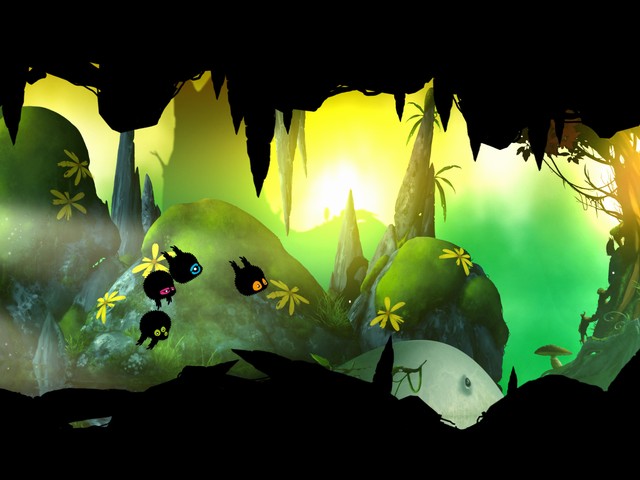 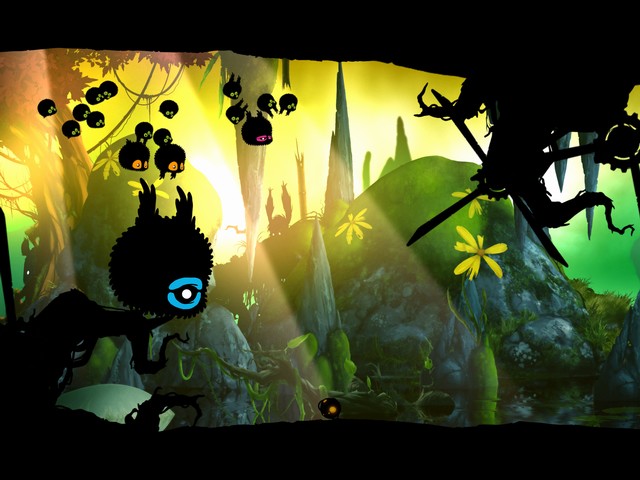 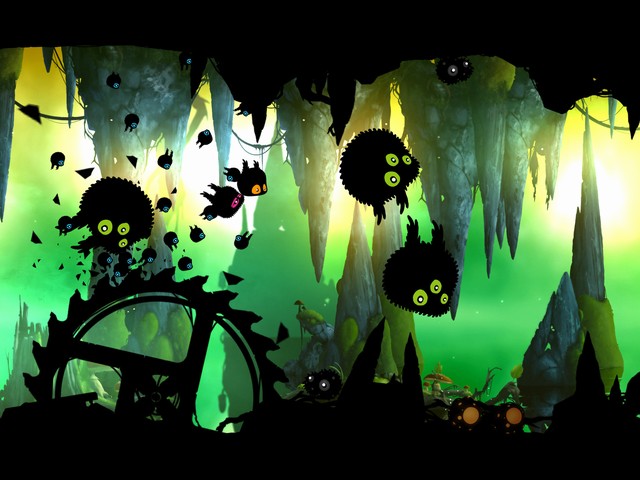 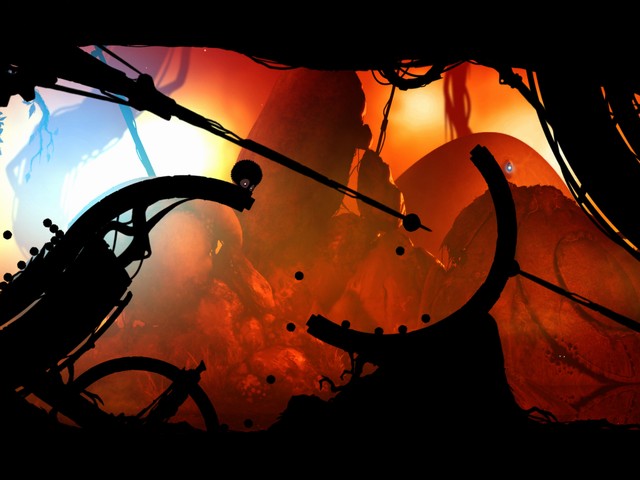 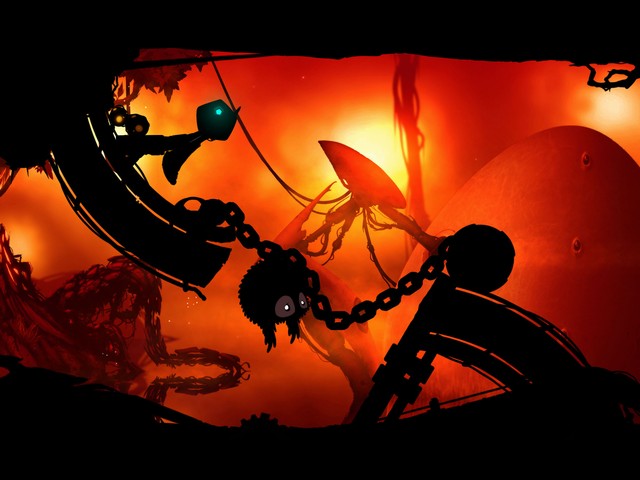 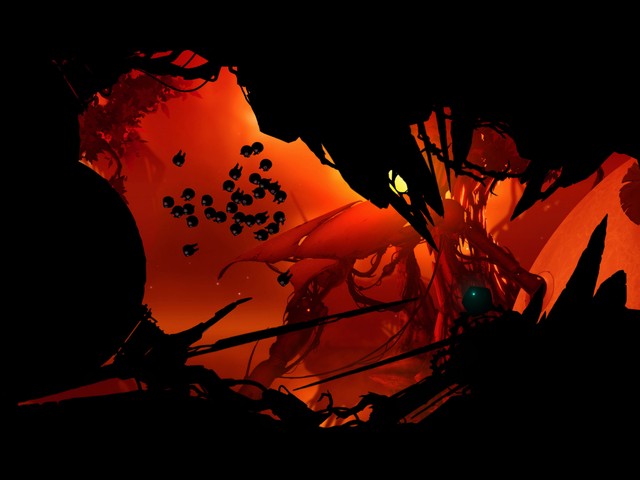 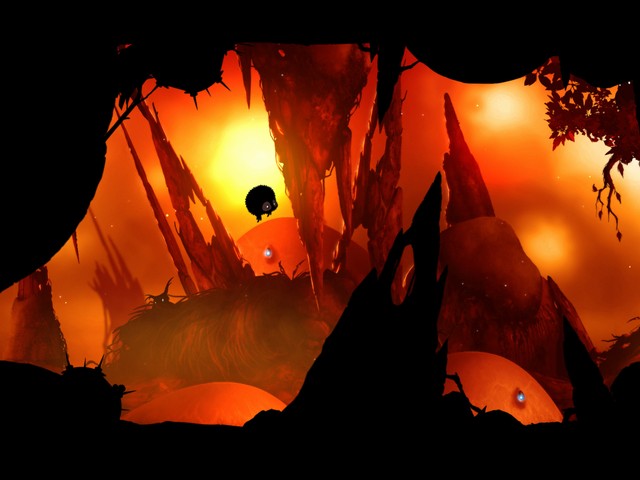 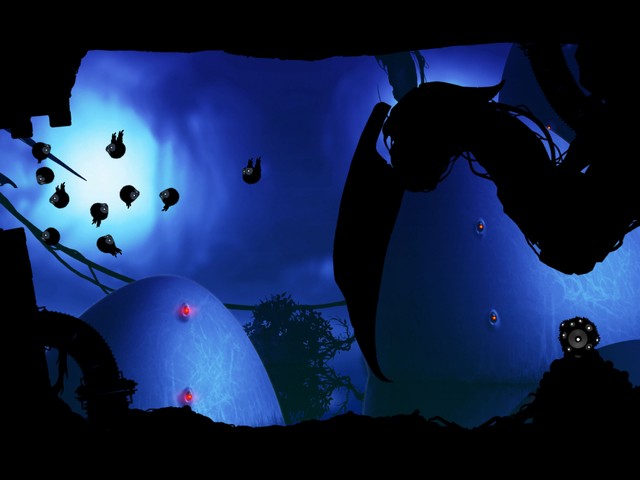 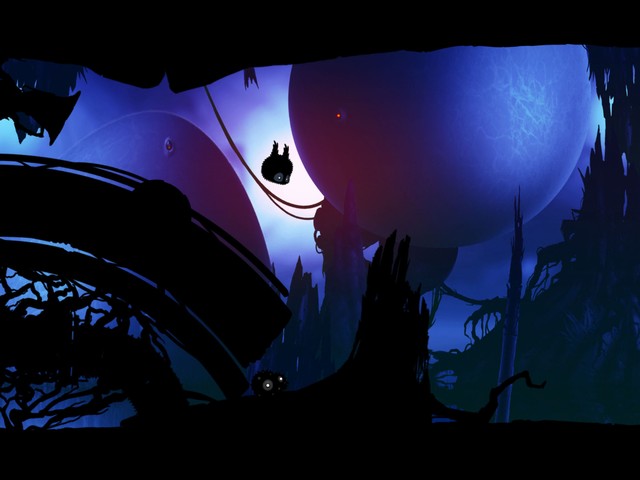 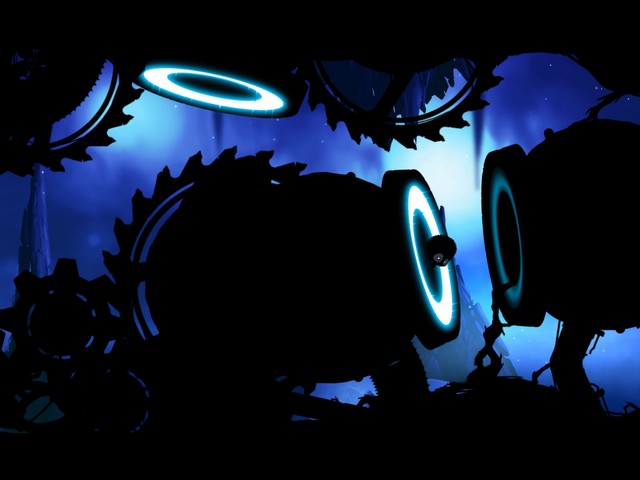 1
765
The Walking Dead: Saints & Sinners Review – Oculus Quest
2
705
Synth Riders Celebrates Anniversary with a Month Full of Treats and an Oculus Ques...
3
704
Metamorphosis is 33% Off on Steam!
4
704
Werewolf: The Apocalypse – Heart of the Forest launches on October the 13th
5
704
Worm Jazz Review – PC
6
704
Take to the Skies and Choose a Side in the New Trailer for Next Generation Air Com...
7
704
CRASH BANDICOOT 4: IT’S ABOUT TIME IS AVAILABLE NOW
8
704
Join the Galaxy’s Finest as Star Wars™: Squadrons Soars Into Homes Today
9
704
The Falconeer First-Look Preview – PC
10
703
Frictional Games Shows Off First Gameplay Footage of Amnesia: Rebirth
All Original Content on Game Chronicles is Copyright (c) 2002-2020
Sinjin Solves Walkthroughs Copyright (c) 1996-2020 by Mark Smith