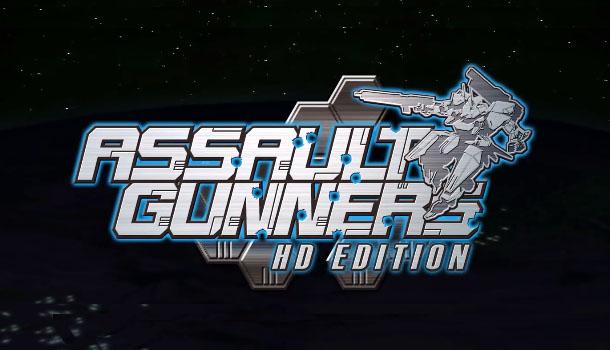 + Customizing options made for great looking units
+ Audio was spot on

Good example of a Vita game that should have stayed in the Vita.

It’s pretty much a given by now that I am the Mecha guru when it comes to anime and games here so given the chance to try out a game I’d never even heard of before called Assault Gunners HD developed by Marvelous AQL, a 2012 Vita port brought to PlayStation 4 I jumped on it. I should have jumped back not forward.

Assault Gunner HD has a simple concept in that you are a solider of a Mars colony defense force called DAT, I’m not sure I ever saw what it stood for but it’s a pretty standard campaign in which you are charged with the defending said colonies from an enemy called ANTS, which are not ants but are all Mecha like enemies themselves ranging from tanks to hover units and some over the top tripod looking units. ANTS was the unmanned robot force that was in charge of terraforming the Mars planet but have suddenly gone haywire, and you are charged with defending against. 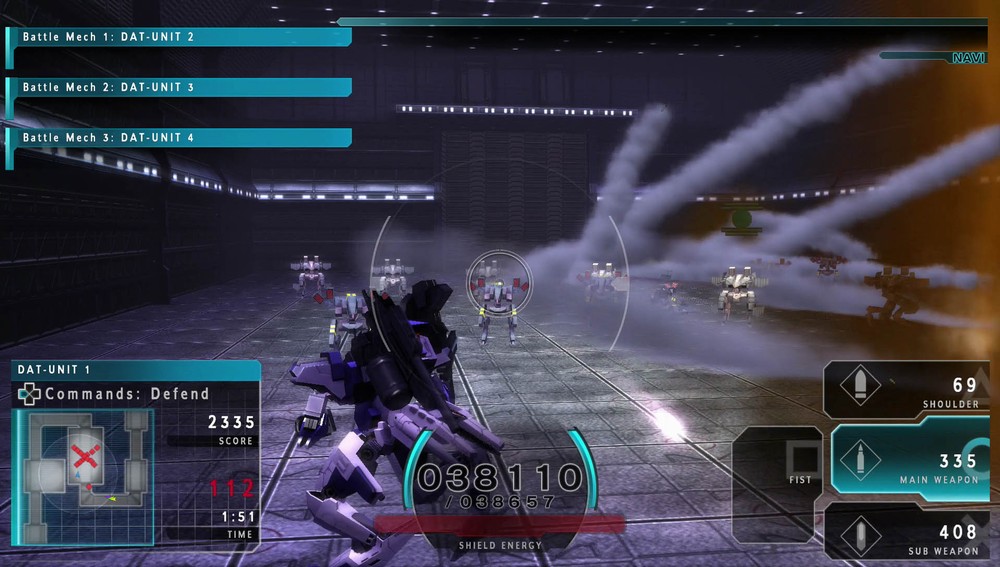 The campaign has 35 missions which will have you completing objectives such as standard kill all enemies, objective defense, item retrieve and item drop off such as in the case where you go plant a radar beacon on top of a cliff. The stages themselves don’t last very long, as they range from six minutes at its peak to about a minute at its shortest. There is also a mode called “Inferno mode”; basically just survival which is just as the name implies where you use your souped up mech to survive as long as you can. Unfortunately no matter how far you get nobody will ever know due to there being no leaderboard for you to brag on.

You play the campaign with a total of four units, three of which are controlled by A.I where you can give basic commands so you really do feel like you are in a squad the whole time. Unfortunately there is no multiplayer available so none of your friends can jump in and help you out even for local gameplay. As the game progresses you’ll have to upgrade these units and their parts to progress further. It’s pretty much a grind fest until you reach the end, but this forces you to try out all sorts of weaponry such as assault rifles, shotguns, lasers, plasma guns, cannons, missiles, grenade launchers and a whole lot more I didn’t even get to end up using. Not only do you upgrade your weapons but the units themselves will visually evolve as you progress and upgrade individual parts so that your starting unit will look nothing like what it can end up becoming at the end. That part of the game I really enjoyed, as I am a huge Armored Core fan and love customizing my suits. 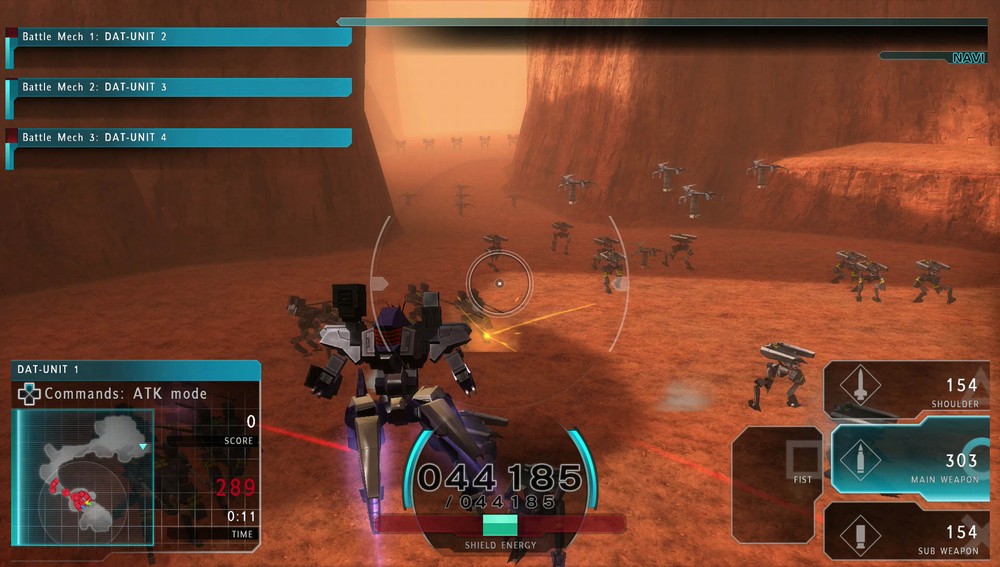 Assault Gunners HD is interesting being that it’s a PS Vita port they really did nothing whatsoever to really try to enhance other than clear up some visuals to make it look a little bit prettier on console. It’s got the same Vita/PS2 era graphics it always had. One thing the port did get right was the audio which consists of electronic tones that really fit the tone of the game and the friendly A.I. pilots voices were all in Japanese, but that seemed fitting to me as they are the kings of the giant robot genre.

Control wise you move with the Left stick and aim with the right using a third person view. The R1 button is your attack button while L1 is used for jumping and evasive maneuvers. The part that took me a while to get used to was the four face buttons did nothing but switch your weapons to use with right shoulder. In this day and age I’m used to X being my dash, jump or evasive button and O being either a melee or sub-weapon so I caught myself walking around attempting to do attacks while just changing my weapons around constantly. L2 and R2 do nothing at all and can’t be mapped to anything either. 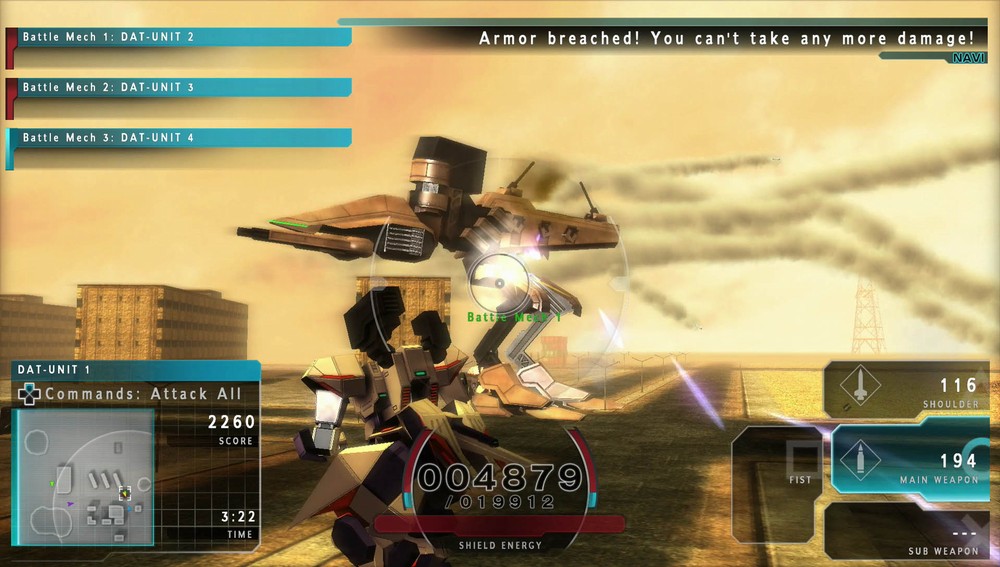 All those quirks aside I found Assault Gunners HD to be enjoyable enough for some time but I wish it offered just a bit more. I wanted multiplayer so I could tackle missions with friends, and I wanted to be able to remap my controls and I wanted my survival score to mean something other than just a number only I could see myself completing. This is a good example of a PlayStation Vita game that should have stayed in the Vita if they weren’t going to properly port it to console. 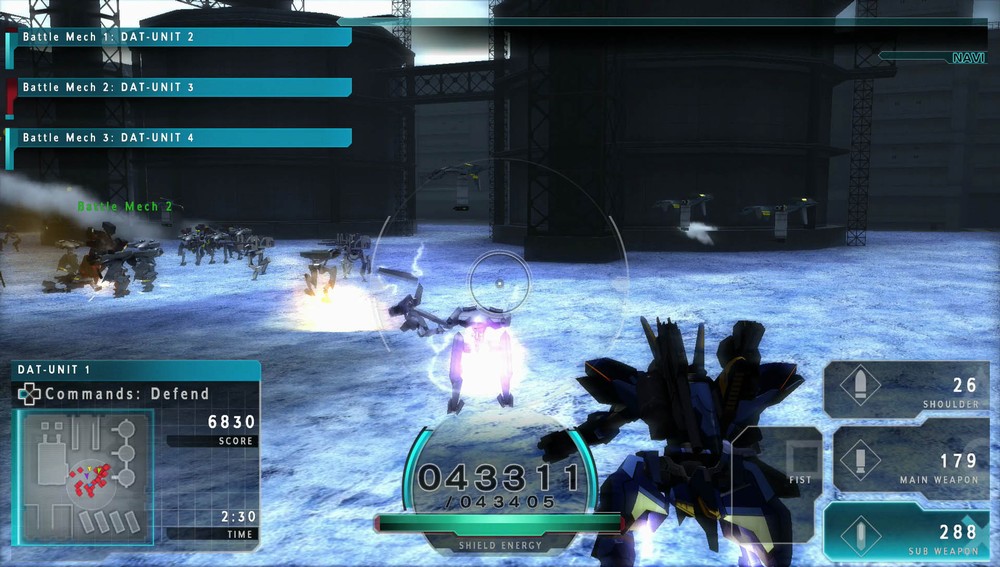 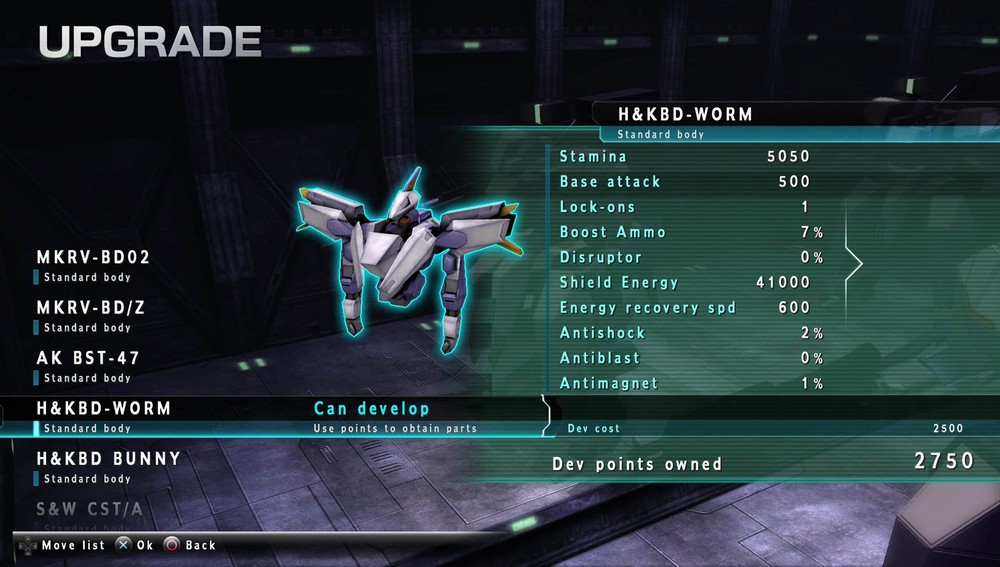