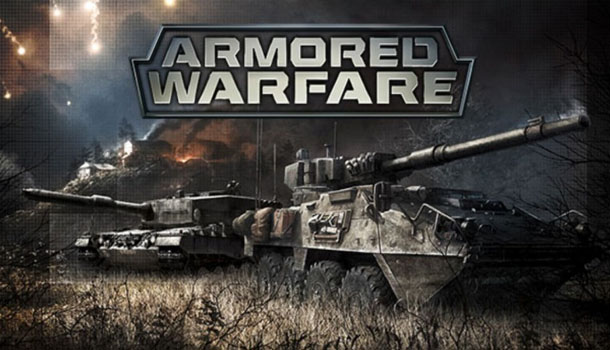 This "free" game is a waste of your time and in-app purchase money.

Armored Warfare launched its open beta in October 2015 and just made its way onto PS4 as an early access title February of 2018. Published by My.Com and developed by Mail.ru, Saber Interactive, this has had three years of what I assume was work being done on it to appeal to the PS4 console market, but for this gamer it has tragically fallen short. To be clear I played this during early access and then into release week and the following weekend so I’ve seen both sides of the player base.

Armored Warfare is a tank battle game with two modes of combat, PvE and PvP. The PvP system can battle two teams at 15 players each with objectives ranging from either capture team base, kill enemy teams or base defense. PvP has global mode where you fight for control of a single base which provided the longest battles in my experience. PvE mode has missions ranging from kill enemies to capture base, base defense and also object defense/kill. Both of these modes have one thing in common; a queue system for matchmaking players regardless of PvP or PvE. This will come up later. 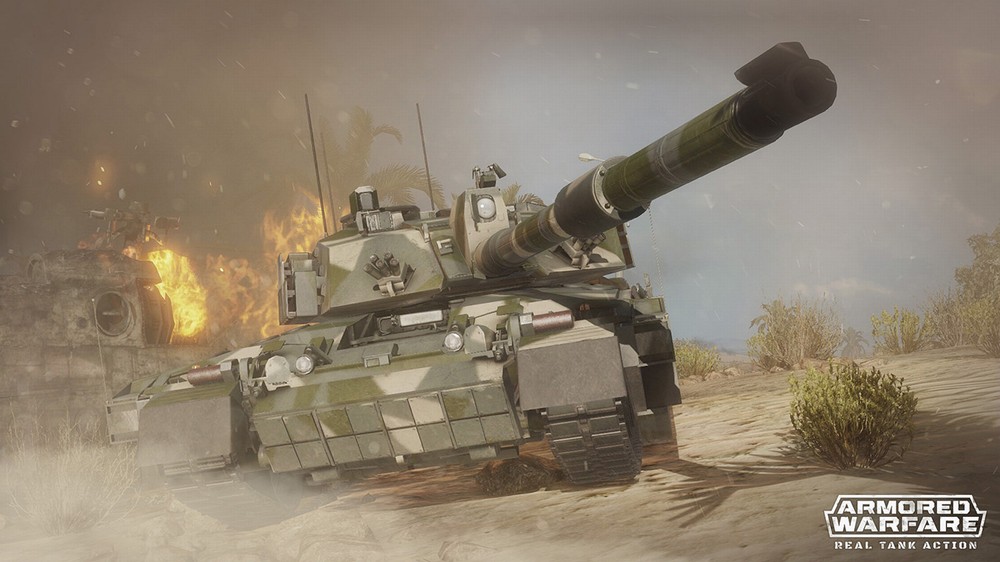 Gameplay is just like any other tank battle game, choose a tank, aim at enemy and shoot. There isn’t a lot you can really do to distinguish yourself in this regard. You’ve got to cycle through your ammo to make sure it’s effective against the type of tank you are up against and aim your reticule till it turns green for 100% efficiency. Just because you think you are going to hit an enemy doesn’t mean you will if the reticule isn’t green.

As mentioned earlier, you will be playing against your choice of AI or enemy players so the missions could vary slightly but the basics never changed. As a free-to-play game you can progress through the first few tanks completing the mandatory tutorial that unlocks menu options. Want to look at the store shop? Sorry, you have to get that tank to level 2 before you can do that. Want to play with your friends? Get to level 3. Want to use those awesome tanks you just got with your purchase from the PS4 store and millions in credits? No. You don’t get to do that until you finish ranking up that base tank to level 4. 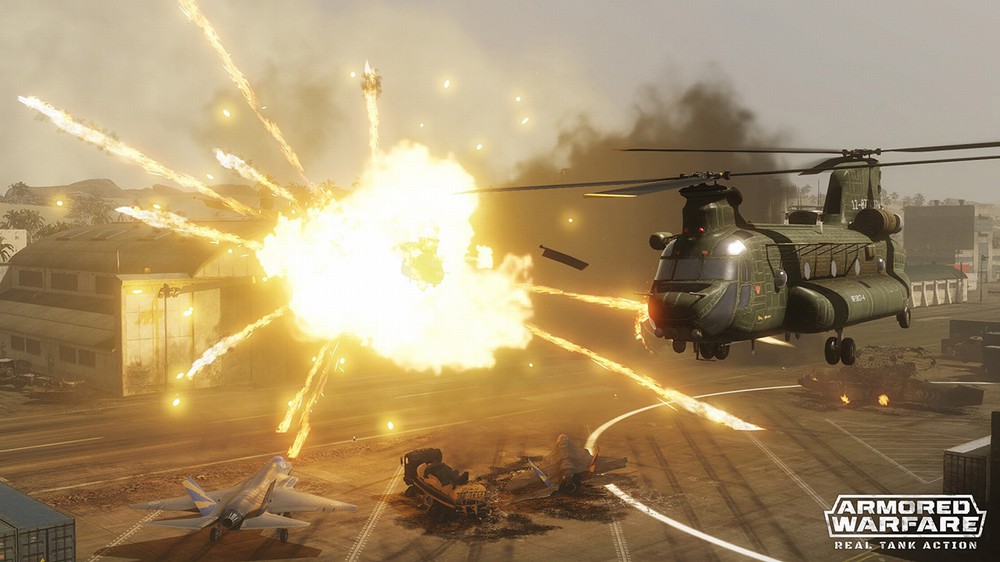 Armored Warfare has the most frustrating tutorial I have ever had to endure. Don’t get me wrong, I understand leveling up to unlock features, but that’s usually just play modes and maybe upgrade options but not access to your friends list or the garage to review the tank you are being forced to play. The queue is the biggest problem here. When you choose your game mode you are sent to the queue screen where you can see the progress bar of what rank and what type of tanks are queued up with you and will be joining you in your battles.

Regardless of PvP or PvE the fastest queue time I had was 25 mins during early access and 45 minutes at the slowest even after release. Here lies the other issue. While in that queue, you can’t change screens. You can’t review your tanks, your progression, check your friends list or do anything. Your only option is leave the queue or sit in queue. That is frustrating. Couple that with the mandatory tutorial that requires you to rank up to unlock standard features I literally spent more time staring at that screen than actually playing the game. 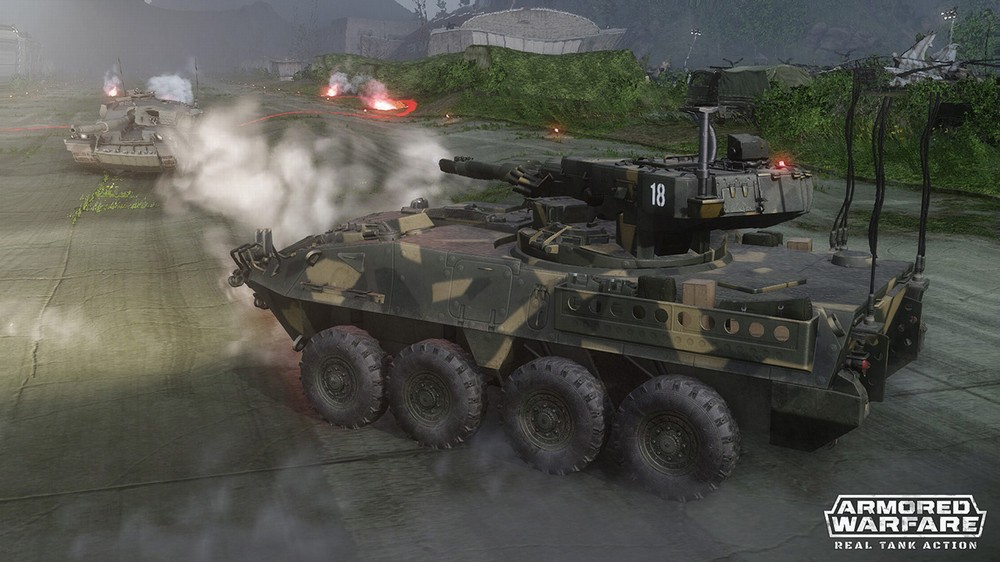 You’ll primarily use modern tanks such as Abrams and Leopards with a progression system where, instead of gaining XP for that particular tank you can use any tank and progress the tank of your choice. In that regard it’s efficient to use a tank with bonus gains to stock up your currencies. If you’ve played World of Tanks then you will be familiar with the progression system being used to level your tank and crew…very familiar. Just like in other games in the tank battle family you’ll be choosing from three factions to build from. Performance is almost the same across the board; it’s just visual preference and minor stat changes.

The tanks themselves were pretty detailed but didn’t have any visual changes when certain parts were damaged or dirt/mud was driven over. Personally, I like to see my vehicles getting banged up as I take damage. You could also purchase most of what you need from the PlayStation store to unlock maxed out high level tanks as well as chunks of currency to rank up your earlier tanks. It is possible to progress through the tanks without paying any real money but you will certainly be taking a long time to do so. You could speed it up by purchasing premium membership time to increase XP and Currency gains instead of just buying it in bulk. I received the legendary founder pack for my review and was able to fully upgrade to rank 7 with a combination of normal play gains and the pack.

Until I start seeing some increases in online players and decreased queue times for matches I probably won’t touch Armored Warfare again. Honestly, I’ve got two other games to choose from that give me the same or better experience, so maybe not even then. I applaud Armored Warfare and its developers for trying, but that’s all you’ll be getting from me. 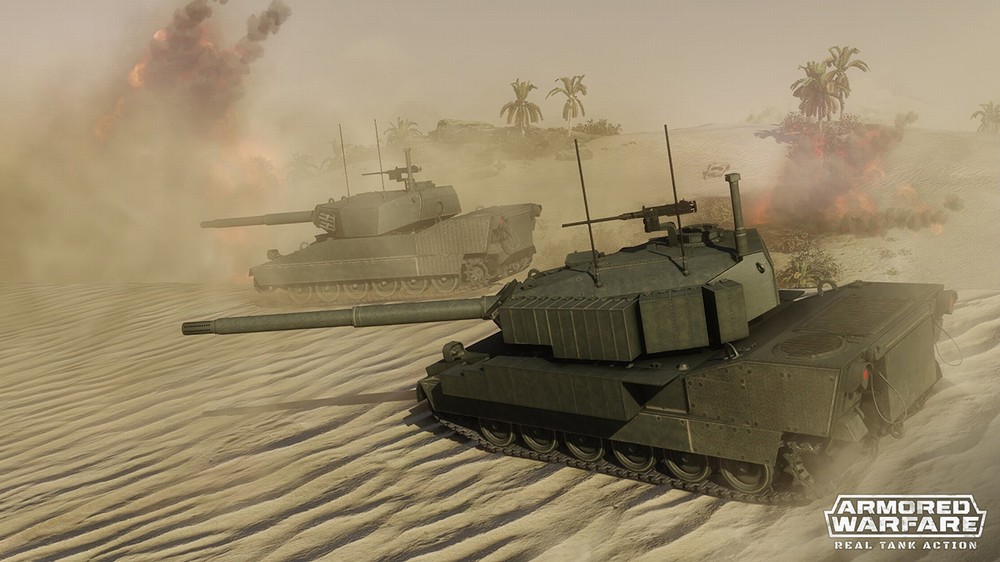 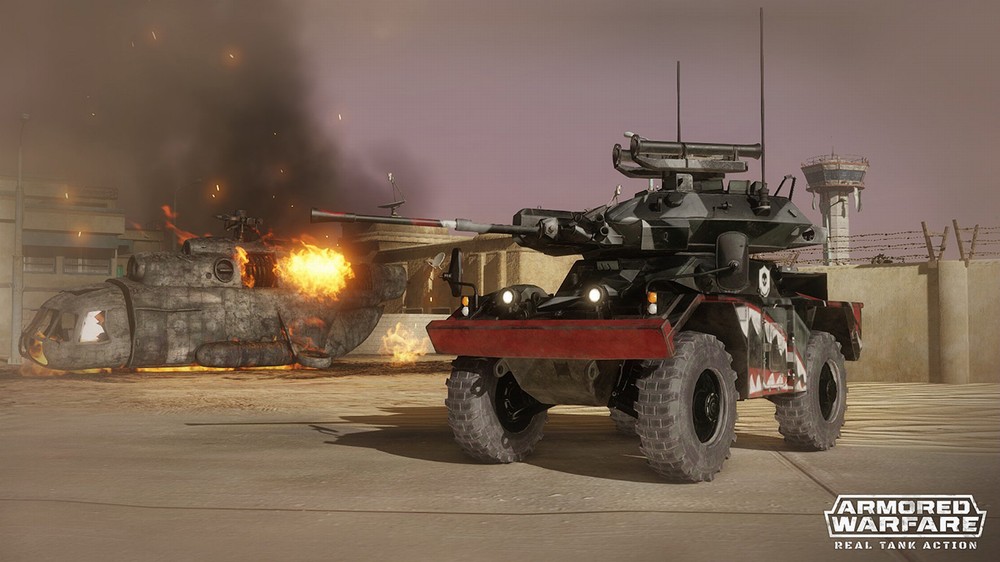 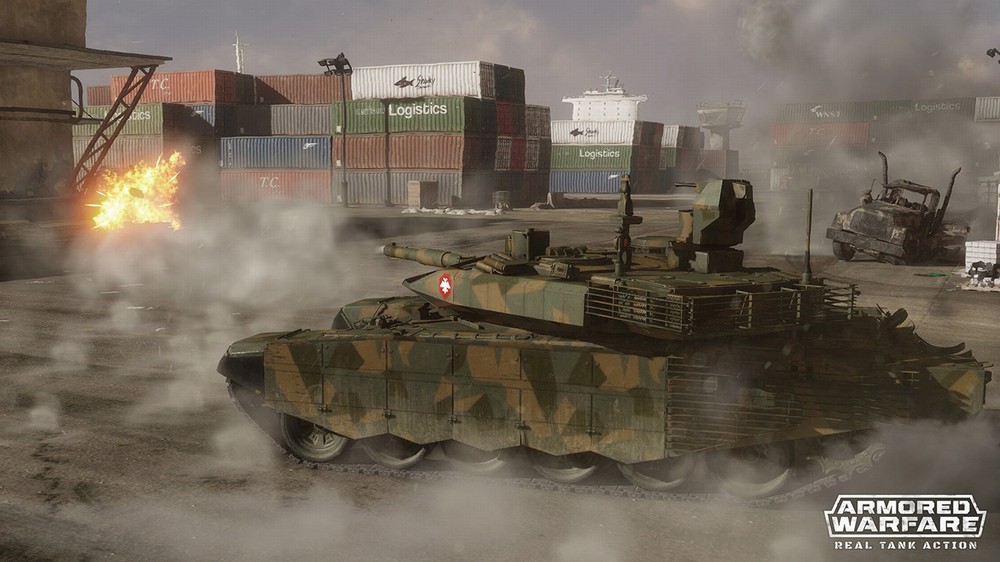 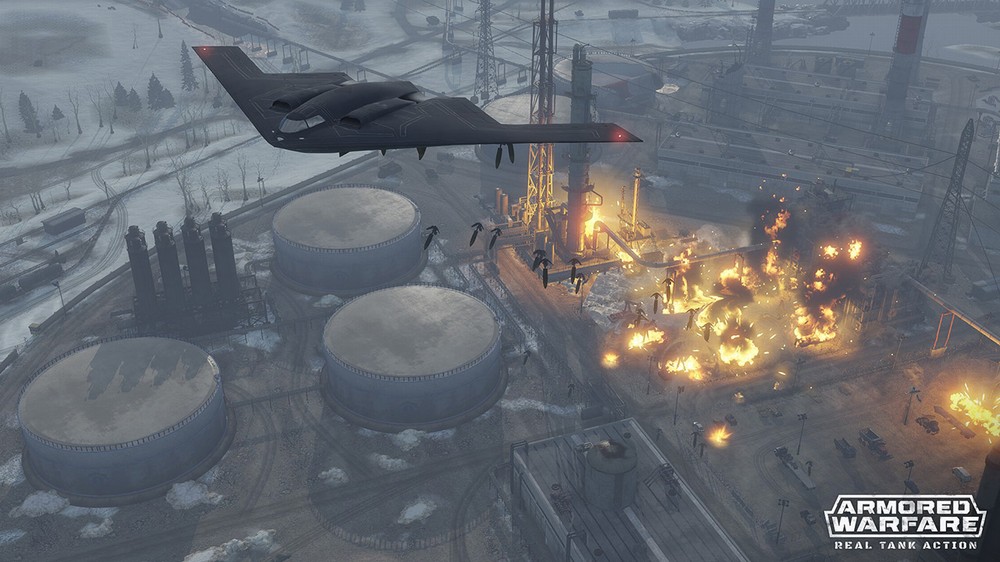 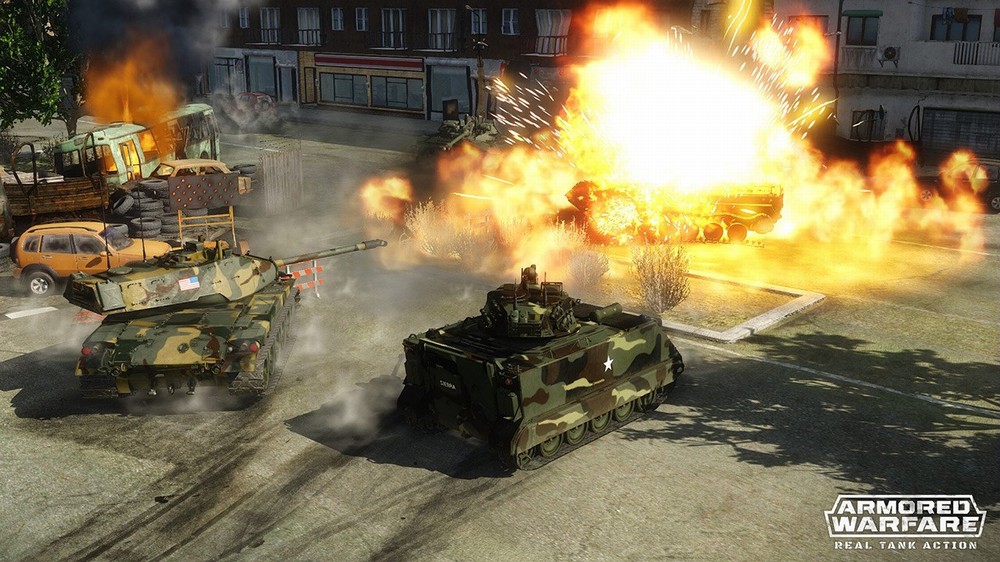 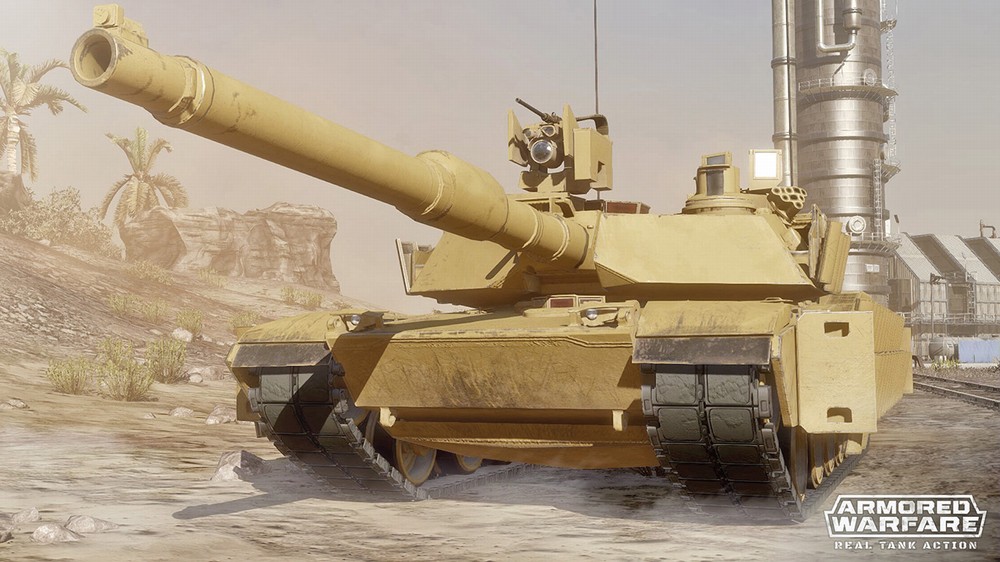