Armikrog has been out on the PC for quite some time now but today marks its debut on the PlayStation 4.  So how well does a point-n-click adventure game work on a console and gamepad?  Not as good as I had hoped, sadly.   The entire experience of playing Armikrog was a bit of a rollercoaster with an exhilarating opening movie that showcased some outstanding Claymation skills before dropping me into a standard 2D side-scrolling adventure game.  The game would grind to a halt on occasion when a troublesome puzzle blocked my progress or the irksome controls ruined my flow.

Armikrog tells the tale of Tommynaut and his blind dog, Beak-Beak as they crash on an alien planet and must explore an ancient temple to find a way off the planet and maybe rescue a baby in the process.  It’s pretty standard fare as far as adventure games go where you click to walk around and interact with objects to solve mechanical and environmental puzzles to access new areas.  Sadly, the controls were my only serious issue with the game. 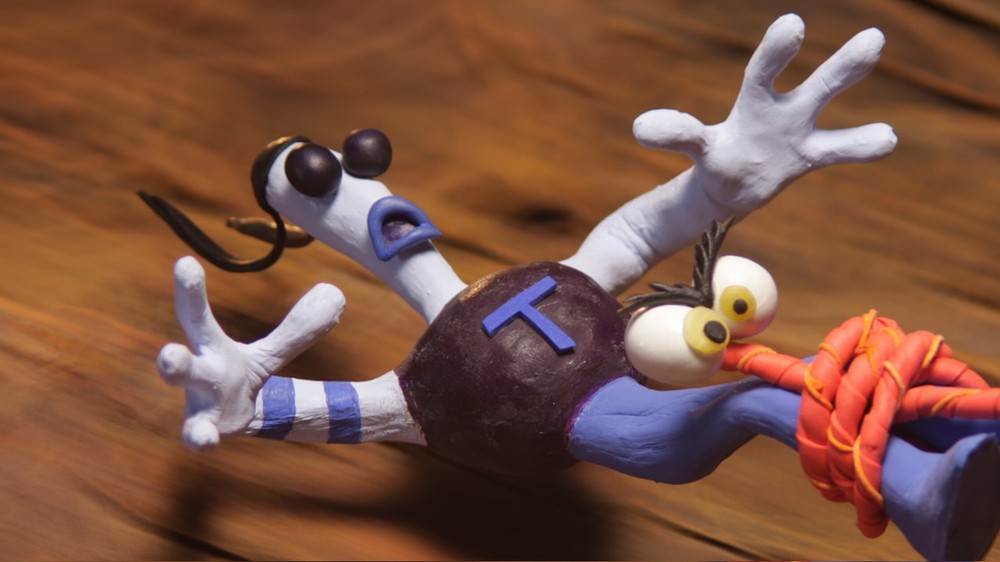 You are given two options.  The first is a free-floating cursor and the other is a cursor that will snap to hotspots on the screen.  Without a mouse or visual clues to hotspots the snapping cursor is ideally your best bet until you get to any of the half-dozen puzzles that require you to rotate a central wheel to move around sliding tiles into any of four slots.  The snapping cursor totally ruins these puzzles – something I didn’t figure out until the third puzzle, at which point I switched to a free cursor to complete the puzzle then switched back after.  My only other complaint with the controls were on the numerous cart ride sequences where your cart managed to snag at EVERY intersection point.

Most of the puzzles are fairly intuitive while others require a bit of brainpower.  I enjoyed the ones where Tommynaut and Beak-Beak had to work together to solve them.   Beak-Beak will often get to go on his own very short side-excursions to collect (eat) items or learn some backstory.  I loved how he would hurl the item back up when he got back to Tommynaut regardless of its size.  There are clues hidden all over the game on how to solve most of the harder puzzles, but not always near to each other, so try to remember everything that looks important.  It probably is. 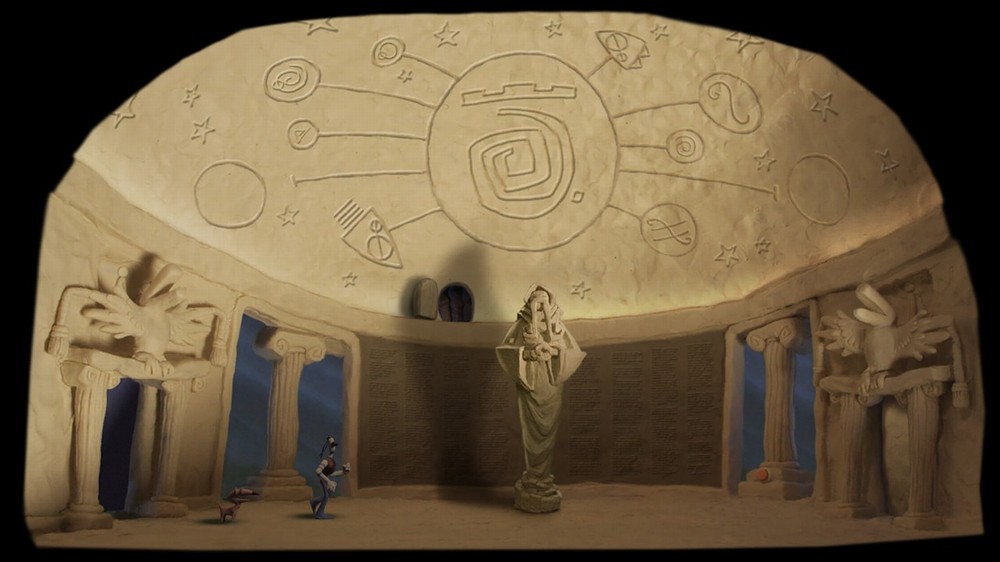 The game is anywhere from 3-4 hours long depending on your puzzle-solving skills.  I did enjoy the fact that there was very little backtracking in the game.  The entire game and level design was very well thought out.  What I did not enjoy was the load screen transition between each and EVERY screen.  You would exit and the screen would go to black with a digital percentage of the loading process that would invariably start at 90% then pause then finish the load.  Load times were only 2-4 seconds anyway so why call them out with big animated numbers.  Just fade to black or do some cool George Lucas wipe.

The presentation is what really sells Armikrog from the character designs created by Earthworm Jim’s Doug TenNapel to its superior Claymation art style that seamlessly connects the cutscenes with the actual gameplay.  Complementing that even further is the outstanding sound design that includes an original soundtrack composed by Terry Scott Taylor, and an ensemble voice cast including; Jon Heder (Napoleon Dynamite), Rob Paulsen (Pinky and the Brain) and Michael J. Nelson (Mystery Science Theater 3000).

Armikrog is definitely a blast from the past with its classic adventure game design to its timeless Claymation art and animation style.  Despite some initial frustrations with the snap controls I had a great time experiencing this wonderful adventure.  There were lots of creative puzzles and plenty of LOL moments from start to finish, and for only $10 you won’t find a more family friendly experience to share on your PS4 this month. 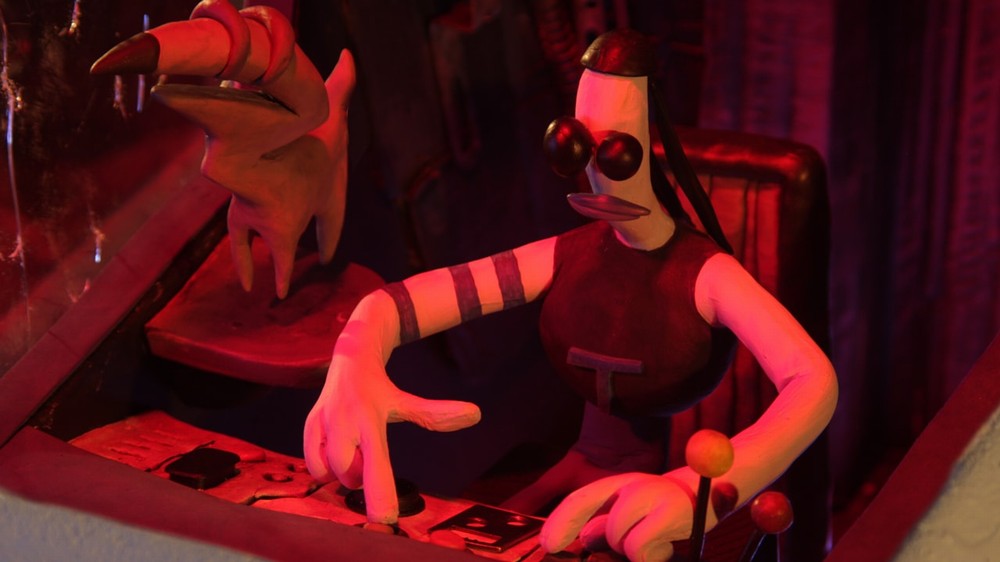 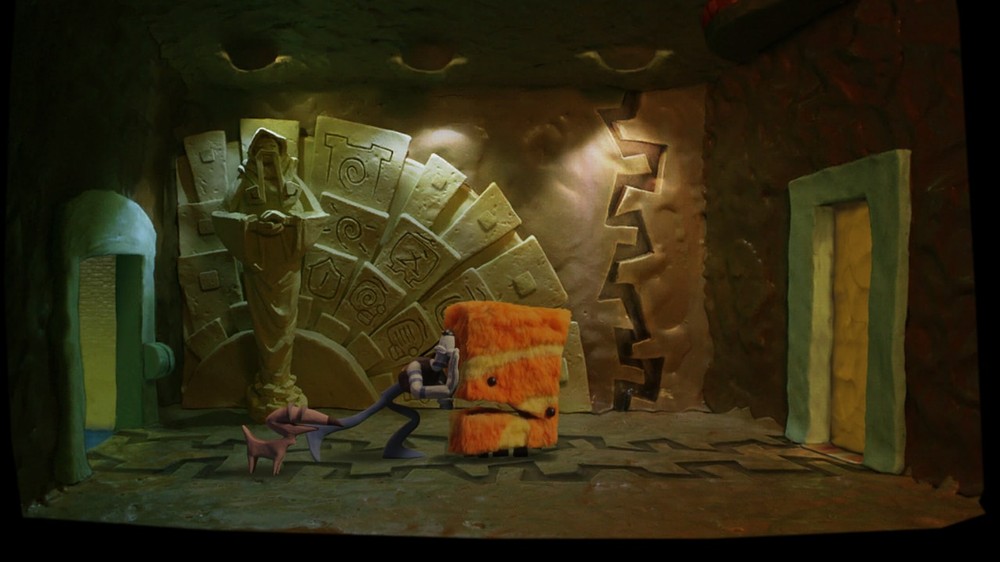 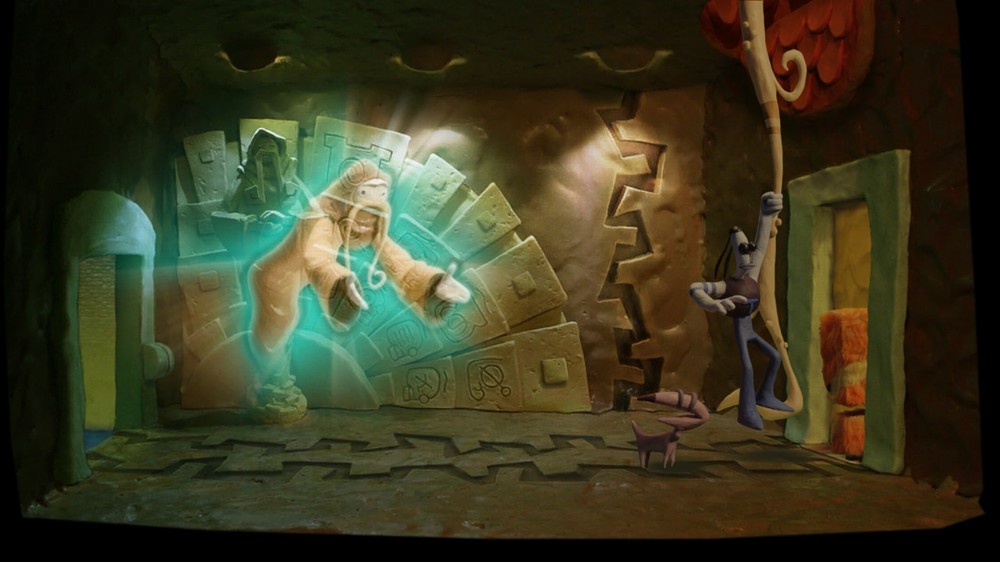