Hyper-realistic, Lots of content to keep a player busy

High learning curve for newcomers, Audio and visuals aren’t always at the top of their game

A serious military simulation for serious soldiers that transcends the twitch FPS formula.

As a gamer that’s been around and played some of the best and sometimes worst games on the planet over the last few decades, I often stop to reminisce on what exactly made some of my favorites so fun even today. Honestly games are created by people who have the passion to share their visions and creativity with the world and for the players the experience is what we make of it. Titles like Bohemia Interactive’s hyper realistic PC based first person shooter and simulator, Arma III, is a perfect example of a game that each gamer will find experiences to tell their buddies or fellow players about long after they’ve stepped away from the keyboard.

Arma III, much like its predecessors, is not your run of the mill military shooter along the veins of Call of Duty or Battlefield. Great games by their own rights, they don’t hold a candle to the realistic nature and complex command structure of Arma III. While most mainstream shooters give you a Hollywood presentation mixed with a degree of realism especially in the realm of aiming and killing enemies even with basic weaponry, Arma III’ s approach is much more grounded in scheme and mechanics like not being able to kill a guy with an assault rifle at unrealistically great distances. 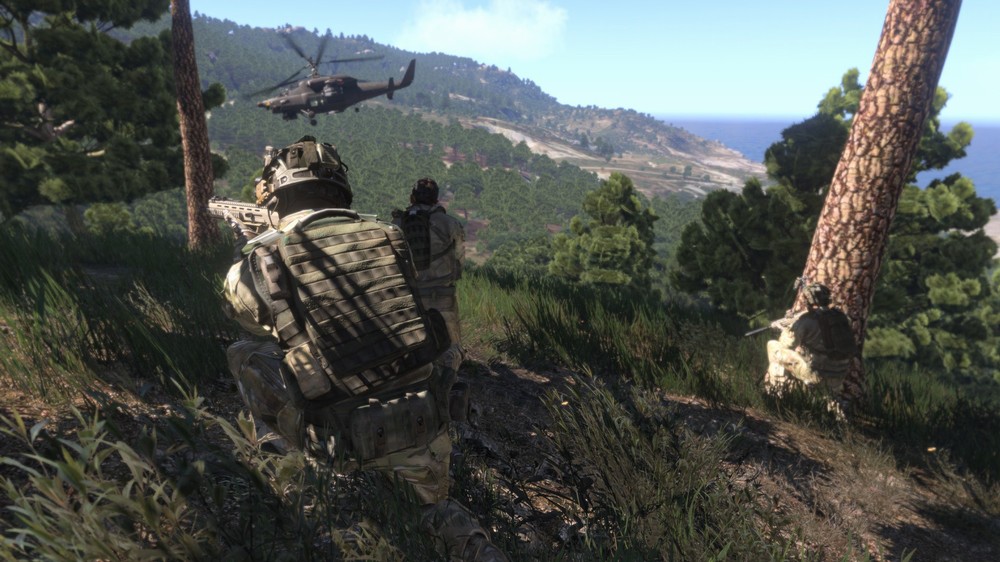 Originally released without a campaign mode, Arma III has since gained a three-part campaign which is broken down into the three distinct story arcs: Survive, Adapt and Win. The story follows one Corporal Ben Kerry as he and other NATO soldiers are disengaging from the fictional two island Republic of Altis after their peacekeeping campaign is coming to a close. Only things don’t go quite as planned as they find their NATO Commander dead right before Altian Armed Forces suddenly start attacking the remaining NATO troops. After you manage to get off the 20km² island of Stratis you are treated to all 270km² of the island of Altis which is a beauty to behold as you start the Adapt campaign. This is where you will be spending the rest of your time even throughout the Win campaign.

Perhaps my favorite thing about Arma III is the scale of the missions that you’re tasked with. Even in the starting act, I found myself riding in a helicopter, driving a truck and hightailing it on foot easily across half the starting island. Most of the missions in the game are multi-staged and the parameters of the mission could change at any time as things seldom go your way. Much like its predecessor, Arma III contains a branching storyline in the later part of the game giving the player the choice of how they want the story to end. 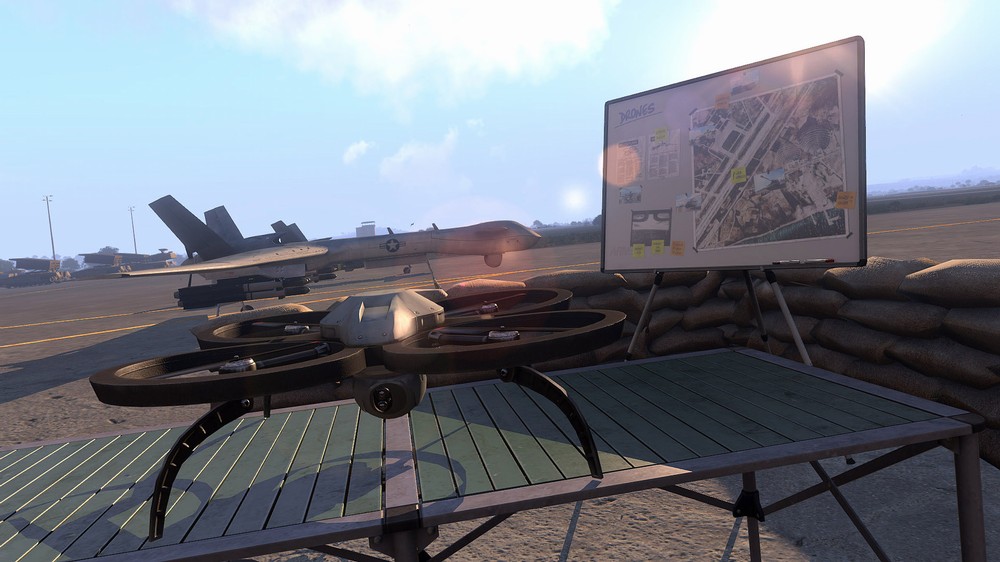 I have to say that even after playing and reviewing Arma II, I still found myself somewhat over my head with the commands and even the control scheme.  Arma III does contain an extensive tutorial system outside of the main game featuring scenarios that teach in a hands-on approach instead of just reading a manual. As you play you also realize that they also include little tutorials into the missions to ease new players into the game with little trouble. For example earlier on you are taught how to setup and defend a perimeter as well as learning to breach and clear buildings in a later mission without removing you from the intensity of the moment. If you need a hint on how to do the current objective you can even bring up a hint system with a quick keystroke.

While daunting one of my favorite things about this game is that the developers take things beyond the usual stand, crouch and prone mechanics. Yes, they are present, but there are several other stances that a player can take to keep themselves from taking too much lead into their diet. As parts of the terrain feature little to no obvious cover throughout the game it’s good to learn the distance between a crouch and full-crouch while in the middle of a gunfight. As a person that loves PC first person shooters, I also love the fact that you can you can actually lean from behind cover, saving you from taking too much damage, which isn’t heavily present in the FPS genre these days. In some of Arma III’s more urban missions, the combat stance offers the best tactical advantage where your gun is always at the ready save for sprinting which is perfect for close quarter encounters. 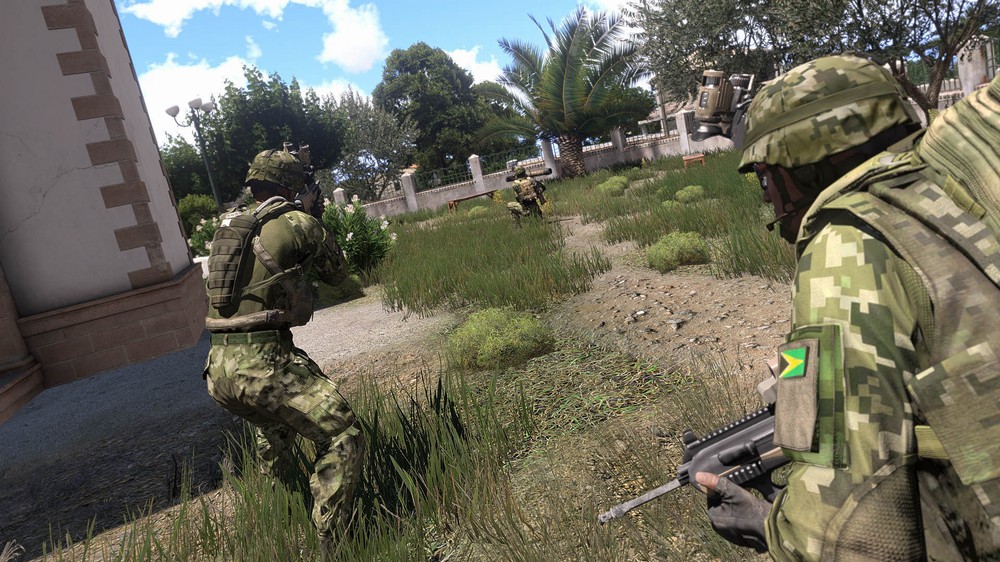 On the note of terrain, Arma III is remarkably well designed and detailed to give players remarkable freedom to approach a situation how they want though not making it so easy that you drop your guard. I can’t tell you how many times I died or almost died by an unexpected enemy sniper or ambush. As you progress into the Adapt section of Arma III you are given some “open-world” freedom to do some side missions between the main missions as well was control over a squad of soldiers. The first allows you to complete side missions like one where I had to root out a sniper inside an industrial park which also allows you to collect gear and ammo. The second you do more and more as you play and while it’s a great way to get the potential drop on enemy troops it also becomes a chore as you often times have to resupply your troops with ammo mid-fight.

Both islands are beautiful, complete with lighting effects like the setting sun and the sights of seeing the sprinkling of streetlamps in a town in the distance or the mist filled dawns. Graphically Arma III looks really good for the most part in the grand scheme of things though some areas are not as pretty if you look real close. Arma III does make use of DirectX 11 as well as PhysX for more realistic explosions and environmental interactions. One area that I found to suffer a bit is the audio department. Though improved from the previous game, Arma III does suffer from some occasional bad voice acting, particularly in the personality section. On the flipside of that coin the military chatter is quite good. The games does features some killer musical pieces like the main menu theme throughout the adventure. 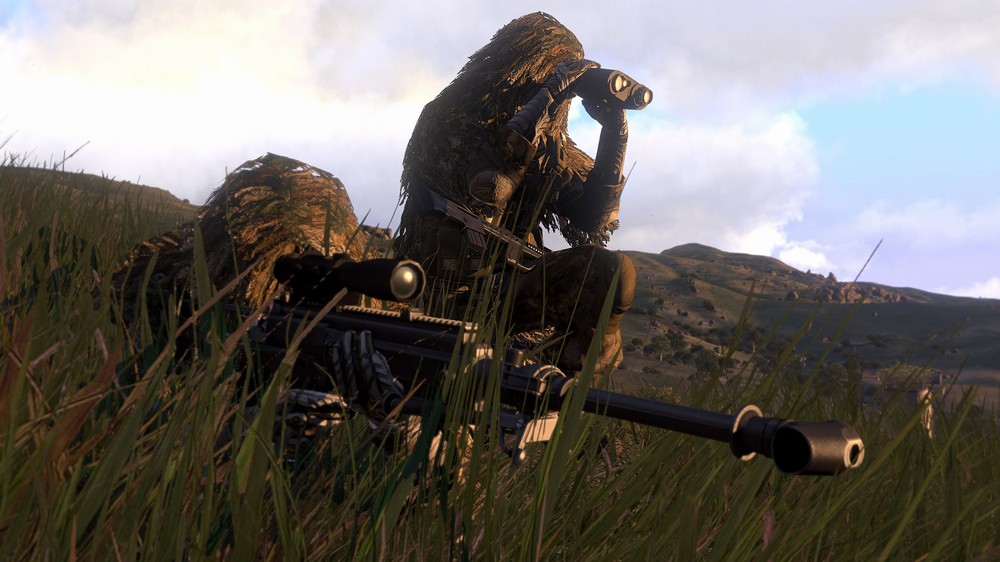 The campaign offers the player a long and enjoyable experience but the fun that you can have only starts there. As I said before, Arma III is only as good and memorable of an experience as you make it. There is plenty of fun to be had in its multiplayer as which offers a lot of different play modes including classic Team Deathmatch and Capture the Flag and a few modes that allow you to use all manner of vehicles unlike the single player campaigns. There are also some co-operative missions available for those tired of taking out other real players as you are tasked with doing various objectives as a team. Besides the campaign which I enjoyed after getting used to the ropes the majority of Arma III’s fun will be found however in its online modes.

Unlike the series’ previous releases, Bohemia Interactive decided to release Arma III exclusively through Steam this time around. While this seems like a potentially bold choice, I think that it has benefited the release on a number of levels. For starters, the Alpha/Beta releases help polish up and fix some issues before its final release as well as opening the online portion to the mod community via the Steam Workshop and the games built in editor. It worked out for great for a certain Arma II mod and I can already tell by some of the mods that are out now that the online community is going to have a field day with the improvements made in Arma III. While the franchise is still a bit daunting for this reviewer, I had a lot of fun this time around, both in its campaign as well as with the user created content from the community as large. If you want a real engaging experience that is both fun and a challenge then step away from your copies of Call of Duty and Battlefield and check out Arma III for PC on Steam today. 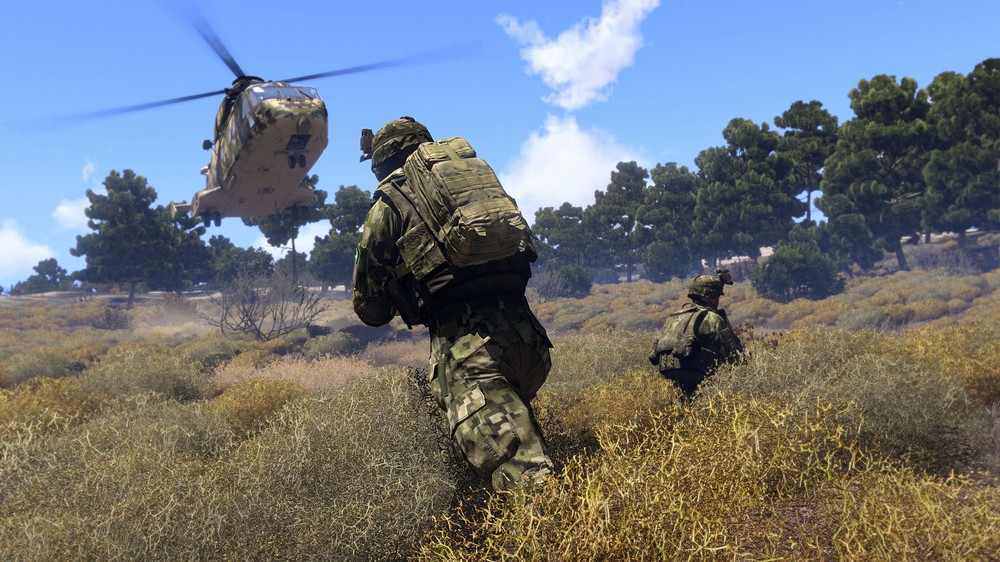