Many nonsensical puzzles requiring brute-force trial and error to solve, somewhat unpolished presentation with some bugs and typos at the time of review

Created by Gato Salvaje, a small indie developer in Spain, AR-K is an old-fashioned point-and-click homage to classic adventure titles from the 80s and 90s, like the King’s Quest and Monkey Island games. At the time of this writing, AR-K is on its second episode, funded by Kickstarter, and episodes three and four are reportedly in the works.

The character models and setting are lushly colored and 3D-rendered in an attractive cartoonish style, with a squishy, rubbery look that suits the futuristic setting and makes the game pleasant to explore. Mass Effect fans may also be interested to know that Alicia is capably voiced by Ash Sroka, the voice of fan favorite Tali’Zorah vas Normandy, and the supporting cast does a generally decent job, as well. The dialogue throughout the game is fully voiced, and while sometimes the subtitles don’t exactly match up to the spoken words, and there are some typos here and there, it’s generally not too distracting, and I’m willing to forgive these foibles in an indie title. 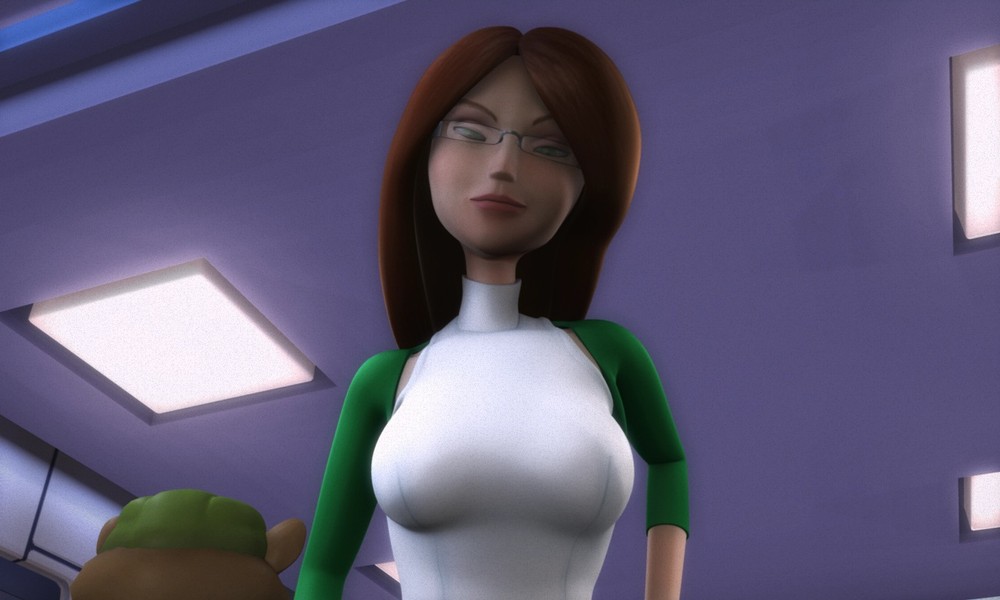 AR-K’s main character, Alicia Van Volish, is a journalism student whose aspirations to follow in her cop dad’s footsteps are dashed when she accidentally finds herself in the possession of a mysterious, and apparently illegal, golden sphere that gets her into all kinds of trouble. She also gets into enough trouble on her own, as the first episode, Gone With the Sphere, opens with Alicia waking after a one-night stand with a massive hangover and little memory of recent events.

The game plays much like others of its ilk, mostly involving using the mouse to walk Alicia around the game world, mousing over Alicia’s surroundings in search of hotspots to interact with, and clicking on those spots to interact with them. Like many of the older adventure games whose footsteps AR-K follows, there’s no function for highlighting hotspots, so part of the game’s challenge is finding the hotspots, some of which are very small and can be difficult to notice.

Objects picked up go into Alicia’s inventory pouch, which you can then open from an on-screen icon (or by pressing spacebar) to use the items she’s collected, by dragging and dropping them on each other or outside of the inventory and on hotspots in the environment. The inventory screen also shows Alicia’s PDA, which collects relevant conversation topics that Alicia can use much like objects, by dragging them out of the inventory screen and dropping them on characters, to ask about them. Unfortunately, AR-K doesn’t provide descriptions for items or PDA topics after you pick them up, which can be a little inconvenient, particularly when some items look similar to each other or are otherwise not entirely self-explanatory. 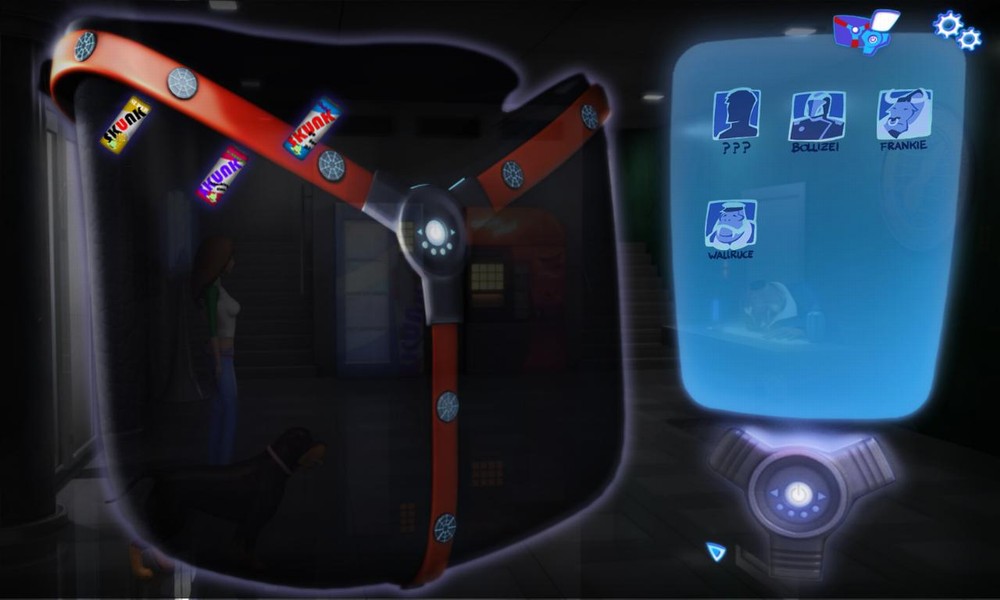 For the most part, though, the user interface should be pretty familiar for anyone who’s played at least one adventure game, which is fortunate because AR-K doesn’t have an in-game tutorial, other than a brief How to Play section from the main menu that shows you two screens with some text overlaid over screenshots, summarizing the instructions. I think a brief play-through tutorial could have been helpful, though, particularly for players new to the adventure genre.

As the pull of the game lies in unraveling Alicia’s story, it’s no surprise that AR-K explains very little at the start and instead waits for the player to explore the world and learn little tidbits about Alicia and the eponymous AR-K, the superficially utopian space-station city in which she lives, as events unravel. The game keeps it fairly simple with a smaller number of characters and locations, and this turns out to be fortunate, as many of the puzzles also take after AR-K’s adventure-game predecessors in the bizarre game-logic department. In other words, some of the puzzles and item combinations essentially require brute-force trial and error to figure out because they don’t follow common sense or are confusingly described.

Again, I’m not really able to give a good example without throwing in a spoiler here, so please skip the next paragraph if you don’t want to be spoiled.

SPOILER ALERT: For instance, in a puzzle early on in the first episode, Alicia’s tasked with waking up her possibly equally hung-over roommate with a disgusting concoction called the Corpse Reviver. One of the ingredients requested is “something that will remove toxins and other damaging substances.” A beverage Alicia picks up at one point is described as something that cleans out arteries and kills germs, yet it turns out that’s not the right ingredient. Equally confusing is the ingredient that’s described as “something that would taste indescribably disgusting.” For some reason, a disgusting food item made of everything found in the barkeep’s kitchen doesn’t fit that bill. In fact, somehow, without any hinting from the game, the player is expected to figure out to feed it to Alicia’s poor dog, who then barfs it up as the actual ingredient for the Corpse Reviver. Yes, dog vomit is more disgusting, but, as a dog owner, I’d especially never have thought to do this because so many things potentially in that food item could make a dog seriously ill, and Alicia’s portrayed as someone with a close bond with her dog. 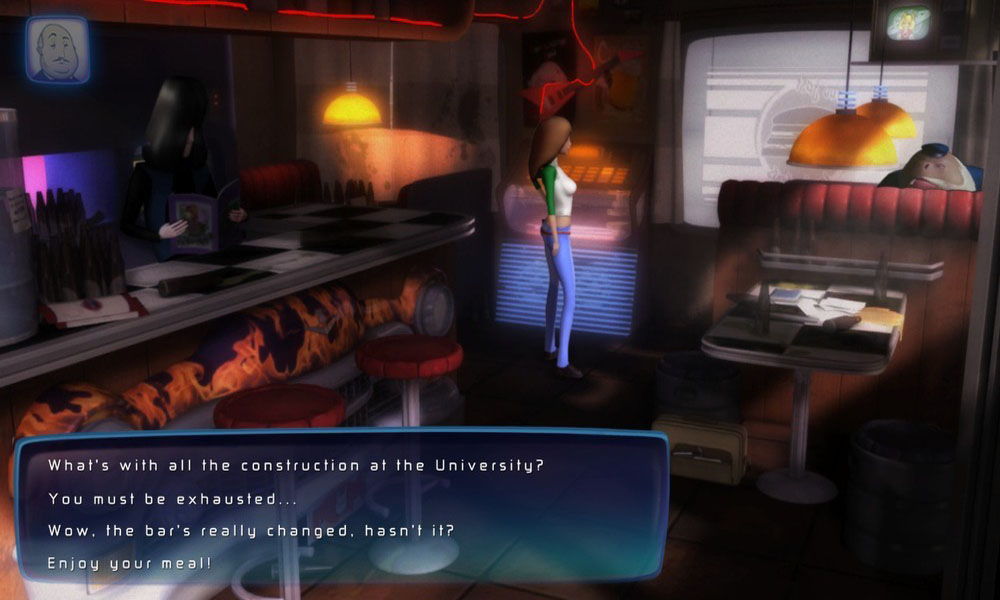 In short, AR-K’s puzzles have some of the same downfalls as those 80s and 90s adventure games, which often left players with little choice but to call up a hotline for hints to solve bizarre puzzles. Then again, maybe this was a purposeful design choice by the designers. After all, the frustration of solving a nonsensical puzzle and spending hours randomly clicking items on other items is arguably part of the old-school adventure-game experience, and I’m sure that there are some gamers out there who dig that. Personally, though, I’d prefer if a game’s challenges didn’t derive from a lack of logic or withholding of in-game clues.

That said, the second episode, The Girl Who Wasn’t There, does address some of these problems, partially with the help of a narrator character who, while annoying—perhaps intentionally so for comic effect—will provide hints on some PDA information topics. He still can’t help you with inventory item descriptions, though, and some of the puzzles, especially toward the end of Episode 2, still require quite a bit of trial and error to solve, but it’s a much smoother experience than Episode 1.

The clear improvements in Episode 2 of AR-K are very promising, and they strongly reflect the developer’s commitment to making AR-K enjoyable for its players. Even more amazing to me, Gato Salvaje’s founder, Sergio Prieto, graciously made himself available on Steam to help players get through puzzles if they get stuck—kind of a modern and more personal version of those hint hotlines. He also replied to me quickly when I reported the bugs I experienced, seems very dedicated to fixing whatever needs to be fixed, and was very friendly when I contacted him. This level of service is unheard of, and I’m definitely impressed. 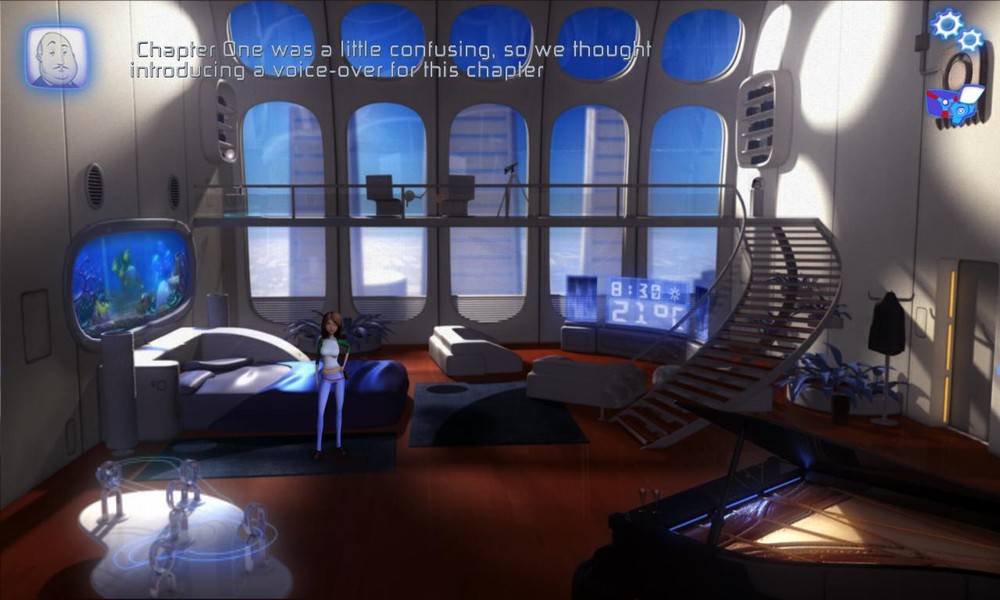 AR-K is available on Steam for $9.99 and currently includes the first two episodes, to be updated with the third and fourth episodes when they become available. The first two episodes took me about eight hours to play through, though much of that time was spent on trial and error, as I mentioned earlier. The game is linear, so there’s not much replayability to it, but at an estimated $2.50 for about four hours of gameplay, it’s not a bad value, provided you can overlook a few rough spots here and there.

Oh, by the way, for you parents out there, this game’s not for kids of an impressionable age, in case the mention of hangovers and a one-night stand didn’t make that clear. You can expect plenty of F-bombs, generally colorful language, and some non-explicit mature content.

Overall, AR-K does play true to the classic adventure-game genre, and with Gato Salvaje’s commitment to ongoing improvements and award-winning comic-book and novel writer Greg Rucka signing on for the second half, Episodes 3 and 4 should be worth sticking around for. 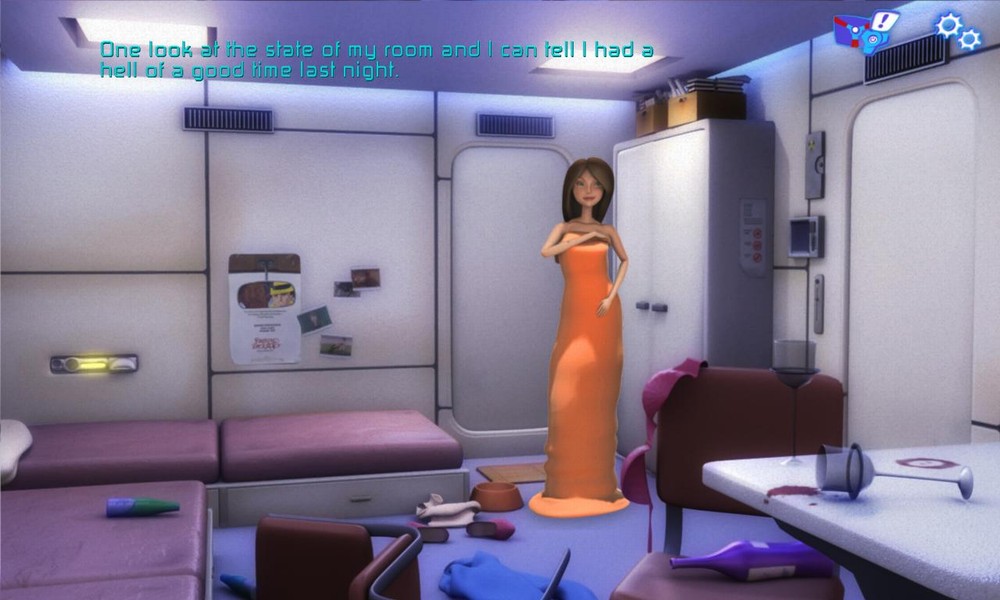 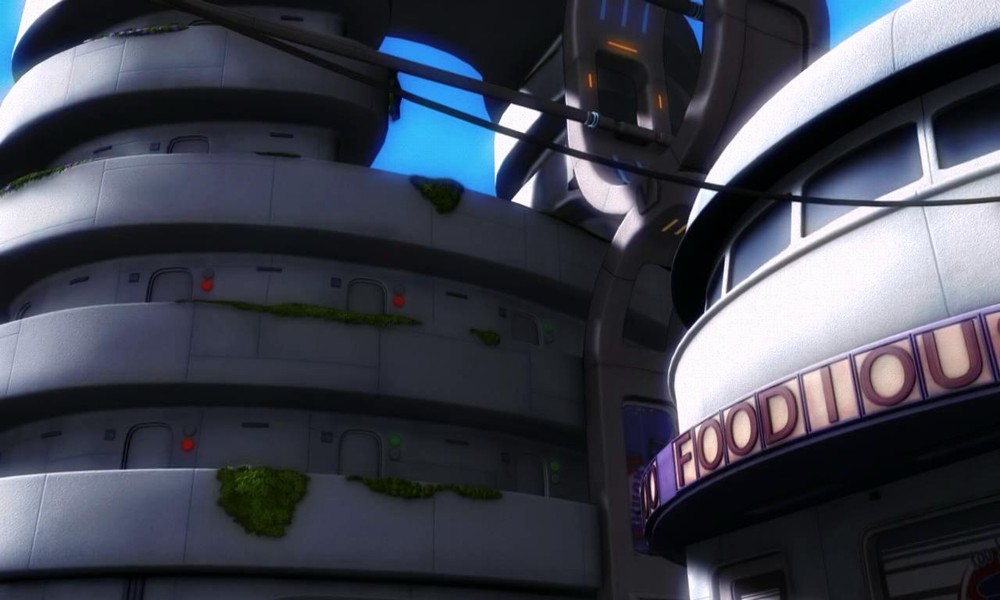 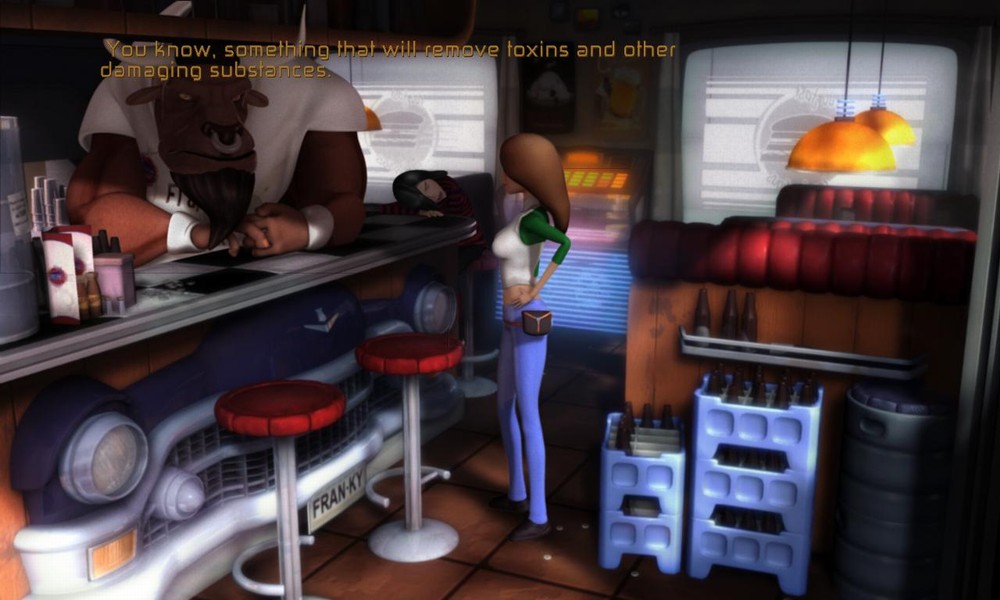 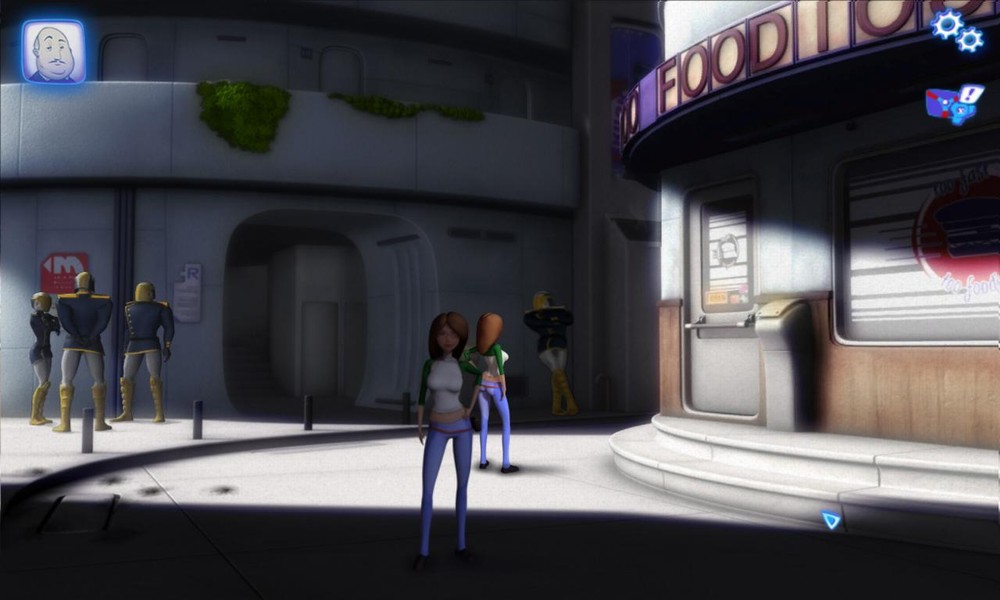 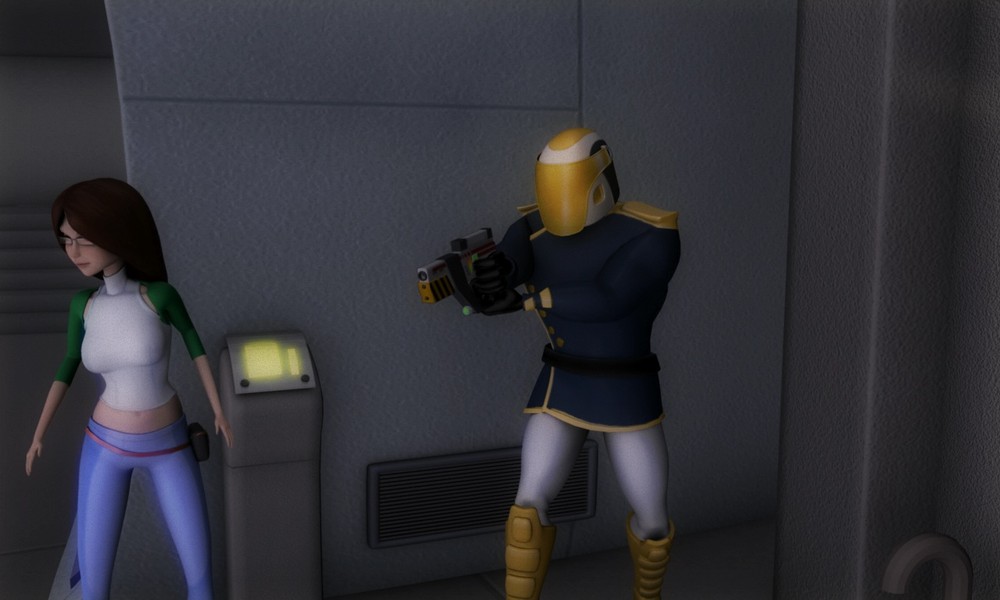 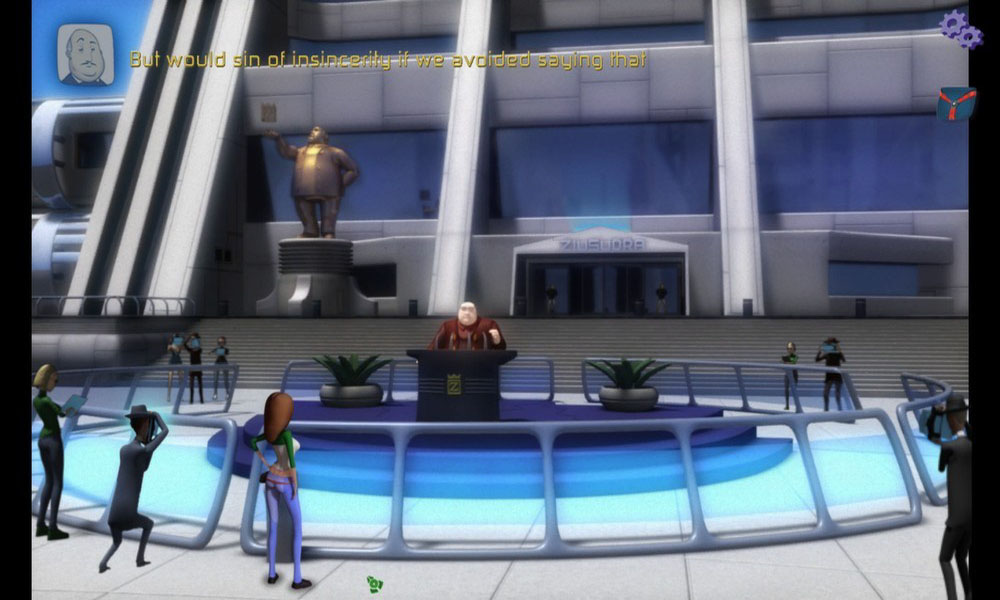 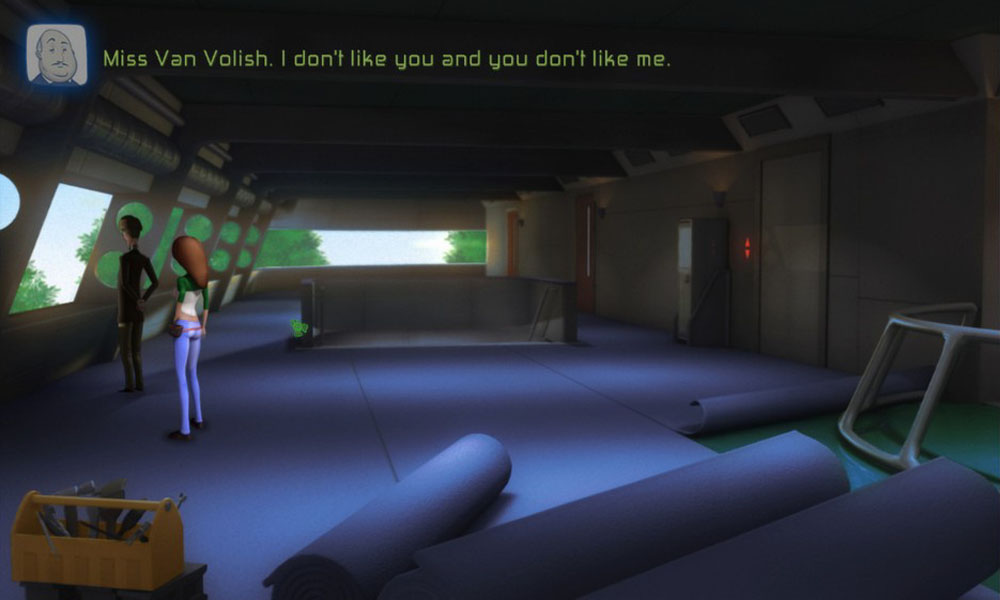 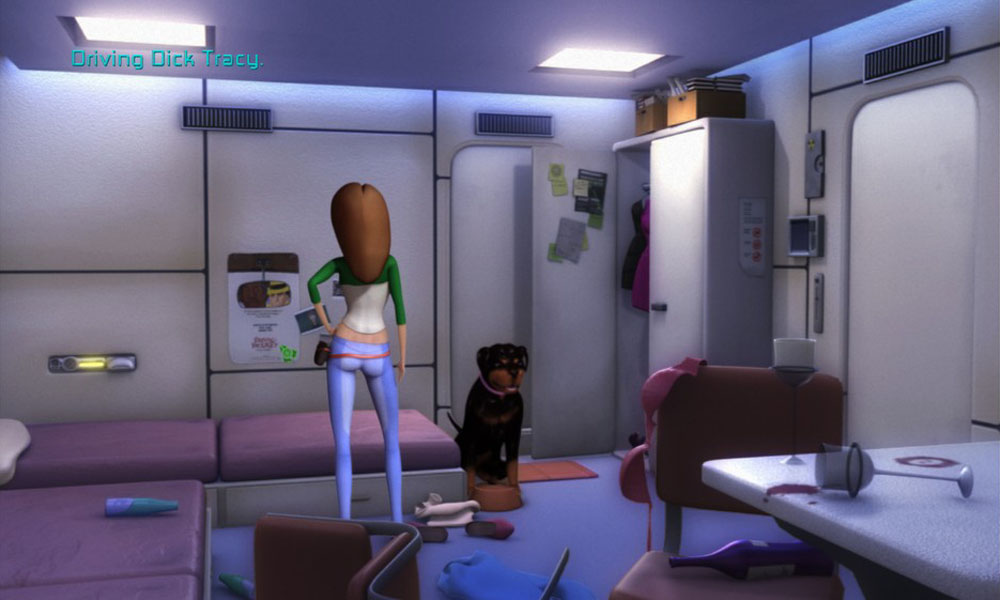 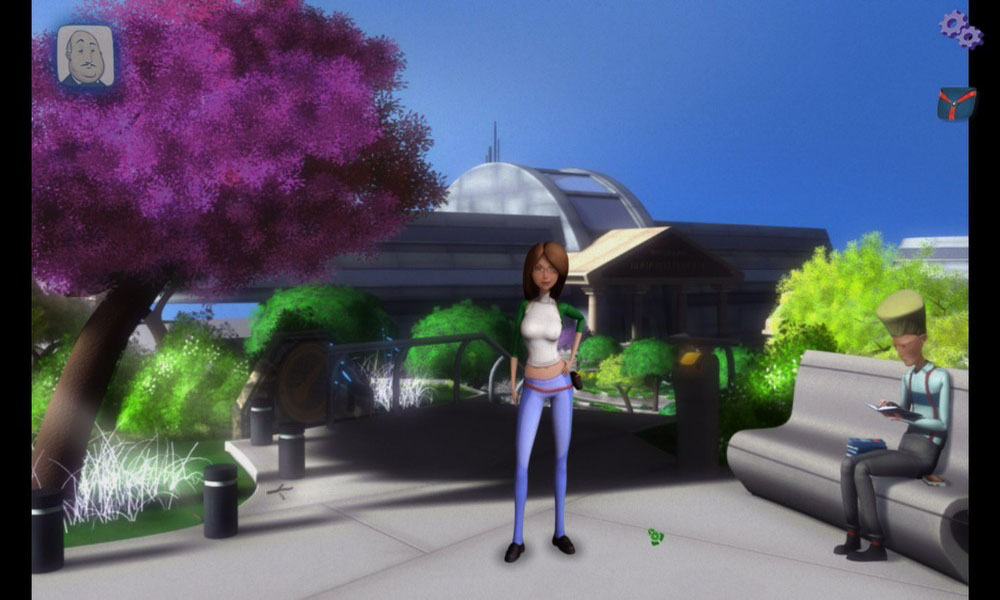 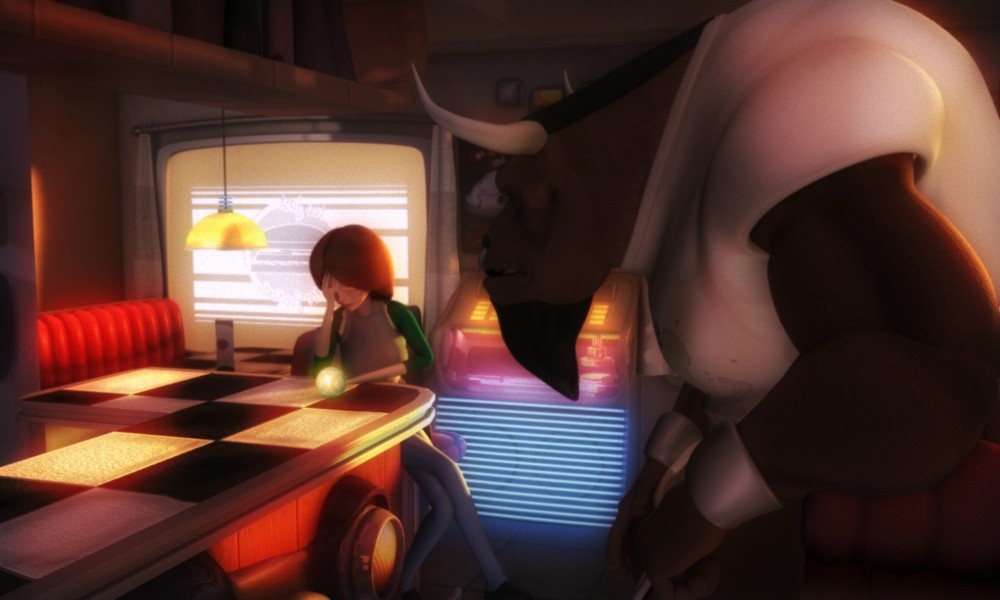