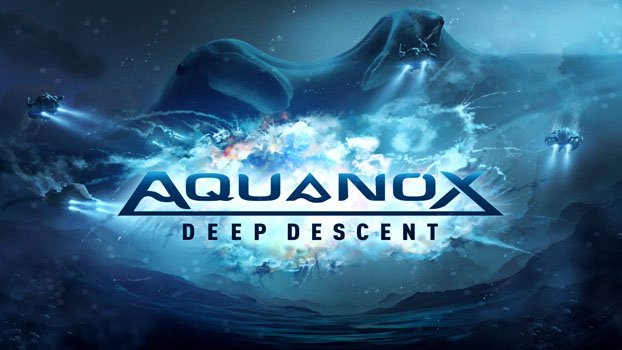 A fun diversion for a few hours but lacks the staying power to see it through to the end.

You’ll never catch me in a mini-sub thanks to my severe claustrophobia, but Aquanox Deep Descent does an admirable job of capturing what that experience must be like in the best non-VR way possible. Set in a future where mankind has abandoned the uninhabitable surface, those left now live in colonies and settlements occupying former research and mining facilities.  The whole concept has some thematic ties to the old TV show, SeaQuest DSV.  You play as a pilot recently thawed from cryo-sleep and must now lead the fight against any who oppose you.

Aquanox Deep Descent plays much like a space shooter if you ignore the bubbles and the fish.  Most of the game is spent in one of several cockpits based on your chosen ship as you explore the expansive ocean depths in search of salvage to loot and enemies to blow-up.  There is a linear set of story missions along with secondary quests to earn bonus loot.  Between missions you can talk to a variety of NPC’s that vary based on where you happen to be docked.  These interactions have static character portraits and some below-average spoken dialogue.  You can uncover more lore and mission content by engaging in these standard conversation trees before heading to the merchant to buy and sell scrap. 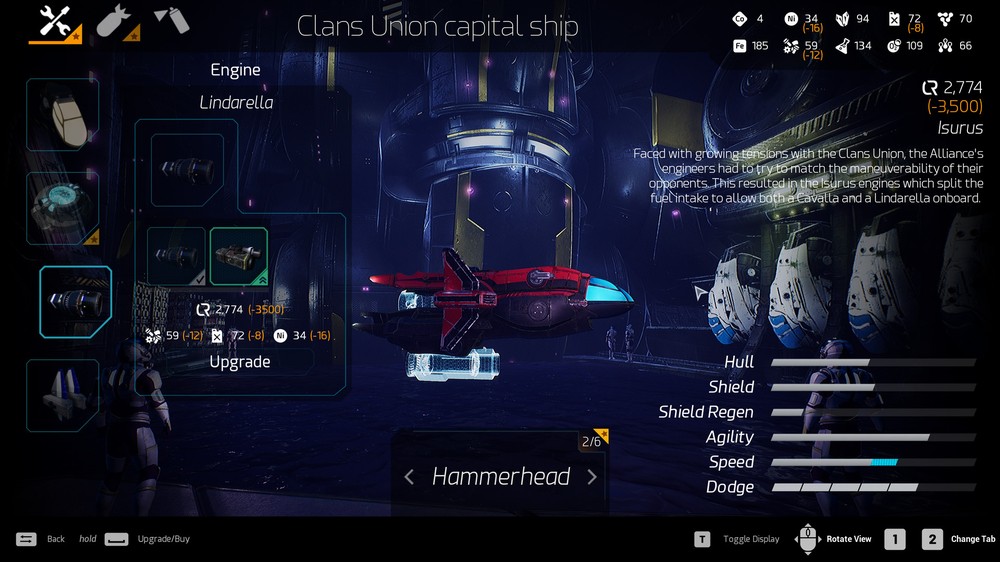 The game has a surprisingly deep and intricate upgrade tech tree for weapons and ammo that you can either craft from parts or purchase with currency earned by selling off unwanted salvage.  Everything costs something right down to the last bullet, and it is all too easy to reach the end of a mission and run out of ammo, so always top things off.  There are a variety of missions for exploring, clearing an area of enemies, escort missions, and all the other standard things you do in these games, but it is all made just slightly cooler and more original because it’s happening in some stunning underwater locations.

Whether you are in the deep blue sea or the brownish waters of a mining facility or cruising through the green glow of radioactive plankton, the levels in Aquanox Deep Descent are breathtaking at times.  You’ll see all the expected underwater life like sharks and whales and jellyfish, along with rock formations, coral, lava fields, etc. and all sorts of manmade construction like bases, massive battleship-size subs, and an assortment of fighter craft.  Much like a space shooter these come in various shapes and sizes and weapon loadouts with chain guns, burst weapons, lasers, and lock-on missiles.  You also have to monitor your hull and shield strength and use repair kits as needed. 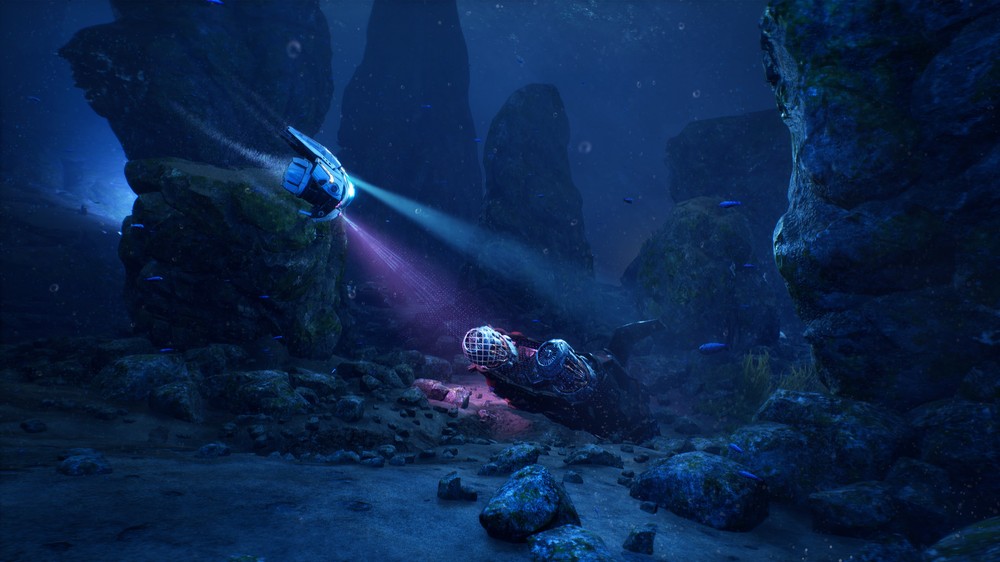 The pacing of the game is relaxing with events triggering only when you warp to a new area using these underwater gates.  My OCD nature had me scanning the mini-map for those gear icons, so I could leisurely salvage an area of the map clean before moving on.  I appreciated the way they lit the icons to show if items were above or below you.  There is a lot to loot, both from the wreckage of ships destroyed in combat as well as crates that can be shot open to reveal random contents.  I also liked the beacon system that lets you send out a firefly-like beacon that shows you the way to your next objective, great for when you stray too far off course.

Technically the game is fairly solid and my 2080ti was able to run the game at 4K with max details at 60fps.  There are plenty of options to scale this to a variety of PC’s.  The audio is minimal but serviceable with cool effects for weapons and explosions but a lot of repeating radio chatter.  The enemy AI is dumb but what it lacks in smarts it makes up for in numbers, forcing you to do some serious tactical planning for weapons and ammo management.  There was one lengthy encounter where I had depleted all my lock-on missiles during regular combat and then a commander shows up that is too fast for normal guns, forcing me to replay the entire battle while saving back five missiles just for him.  It’s also entirely possible to reach the end of a long mission and totally run out of ammo, leaving you no choice but to restart and load up more ammo before leaving your base. 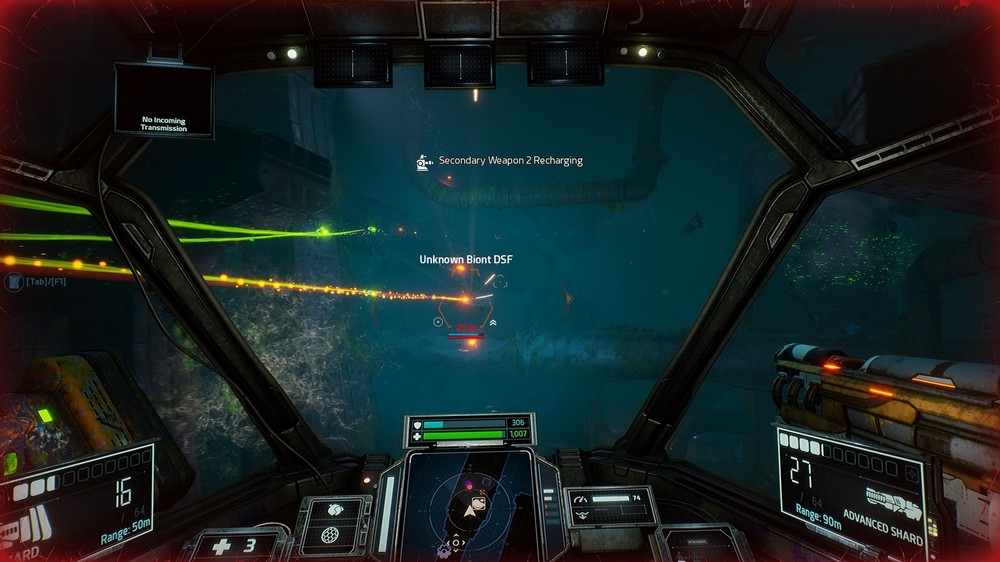 You’ll definitely want to play this game with a controller and you might want to bring a friend (or three) along as the game supports 4-player co-op.  It’s worth noting that only the host game retains any progress, so those joining in will find all their progress and earnings lost the next time they play.   Not the first time I’ve seen this but it’s still disappointing and eliminates the desire to even play cooperatively.  The game is 8-10 hours so not likely you’ll finish it in a single session.

I was having a lot of fun with Aquanox Deep Descent right up until the point where I didn’t, which was after a lengthy escort mission with numerous standoff battles that had depleted nearly all my ammo and yet still wave after wave of enemies were still incoming.  I had already maxed out my ammo for that mission, so if I do go back and try again I will have to sell off my crafting materials to buy more bullets and pray that it’s enough.  I don’t know why ammo isn’t something you can salvage, especially from dead enemies.  It’s super-stressful counting every bullet, even in the early stages of a level.

Aquanox Deep Descent is a fun diversion for a few hours but lacks the staying power to see it through to the end.  Finding the salvage is probably the most fun thing about the game, which is sad given the sheer scope of the crafting and ship/weapons management.  The economy is ridiculous with high prices and low earning potential, so you always feel like you’re struggling, even when you are supposed to be working for somebody who should probably be buying your gear.  In a world where this and Star Wars Squadrons exist at the same time in the same play space all I can say is…”May the Force Be With You.” 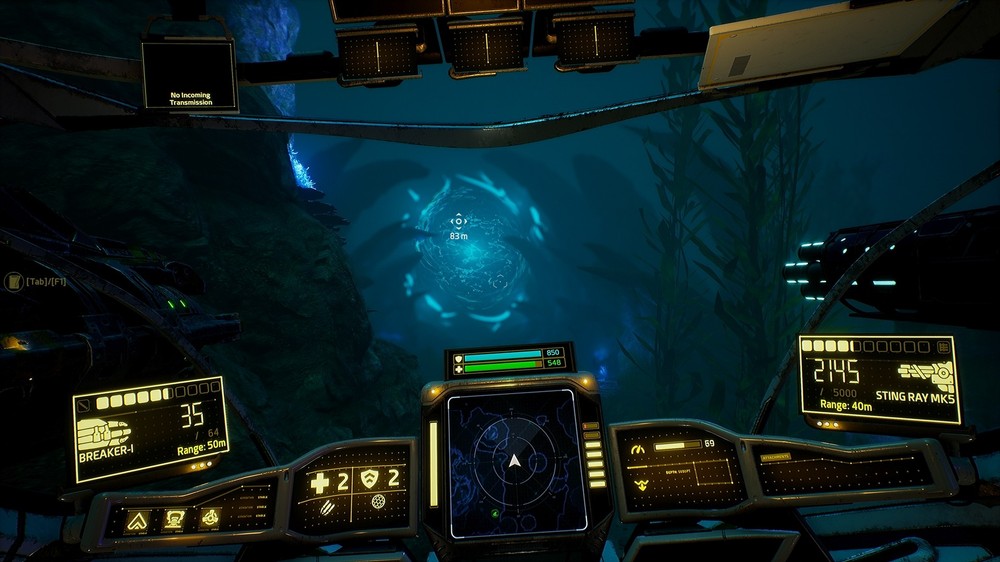 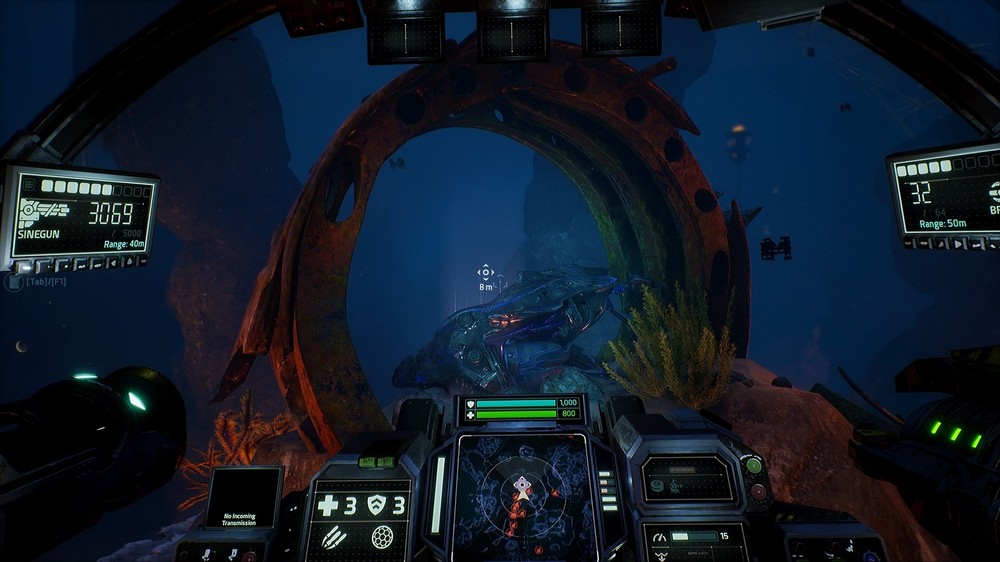 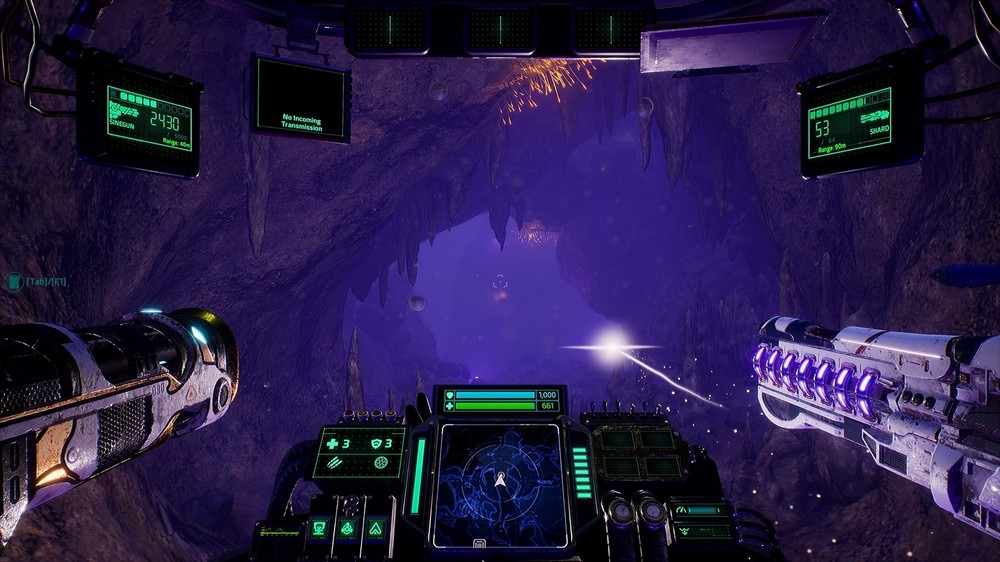 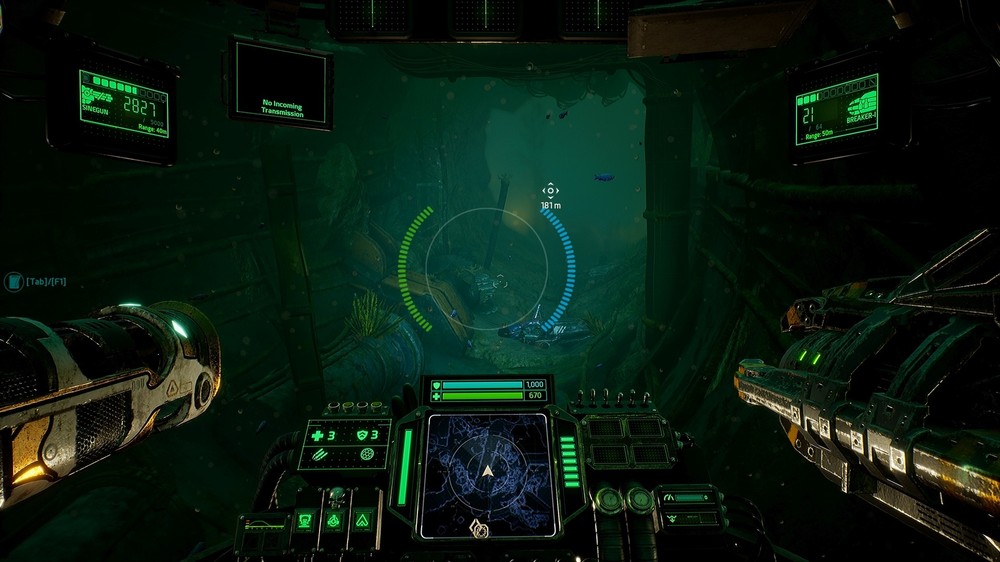 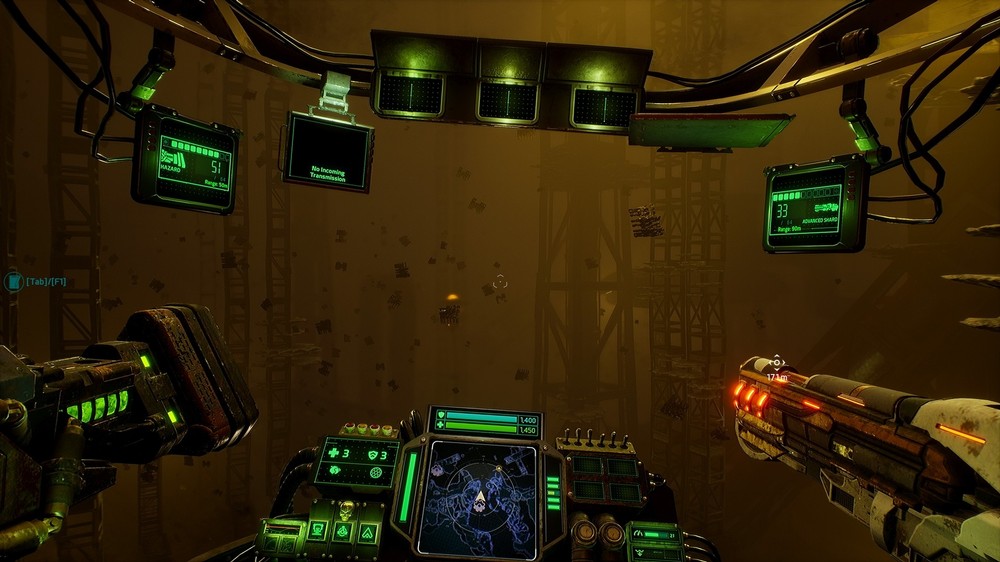 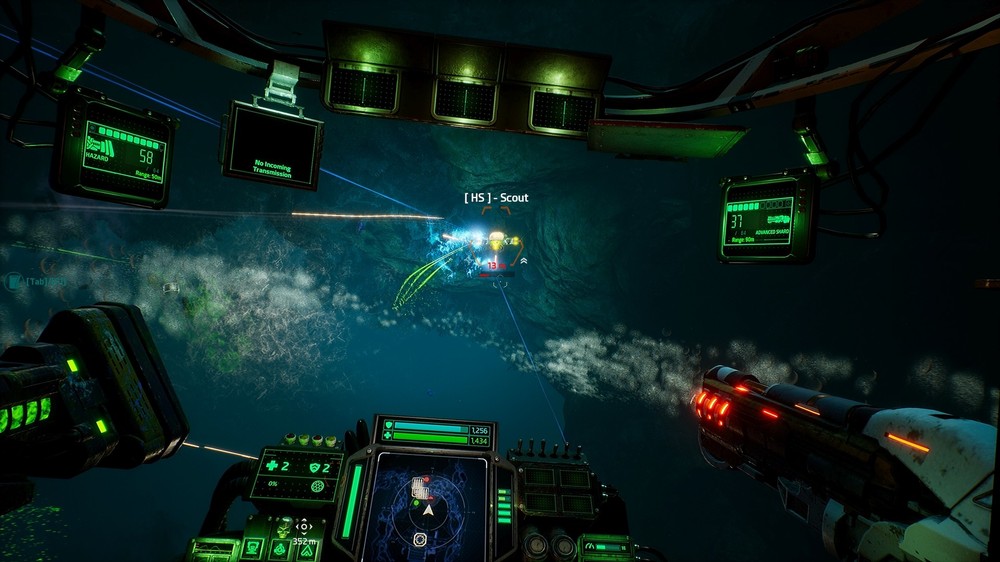 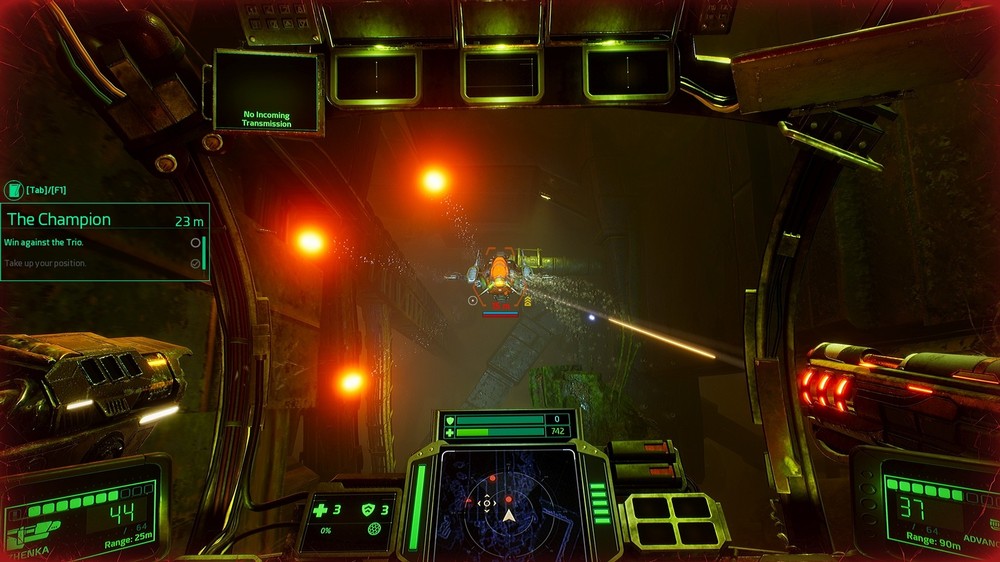 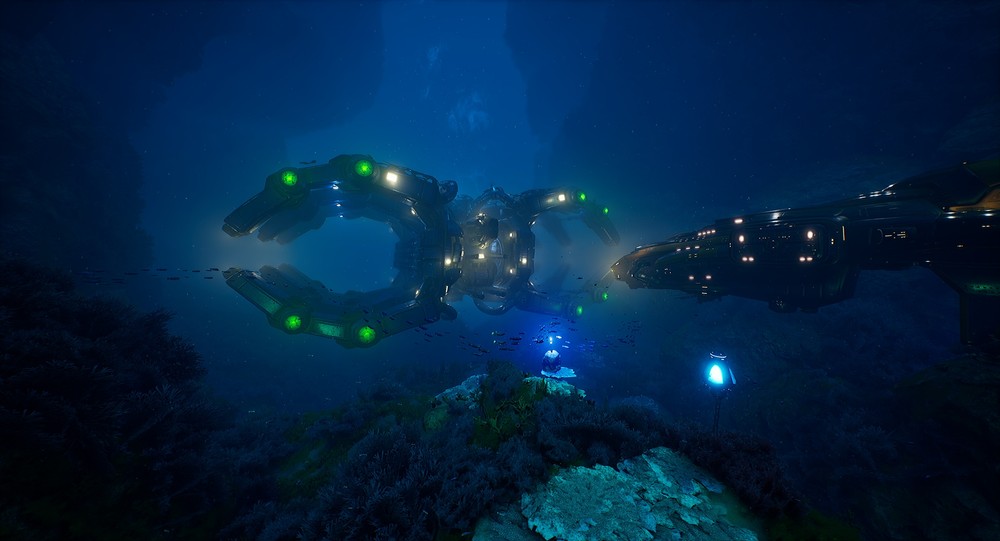 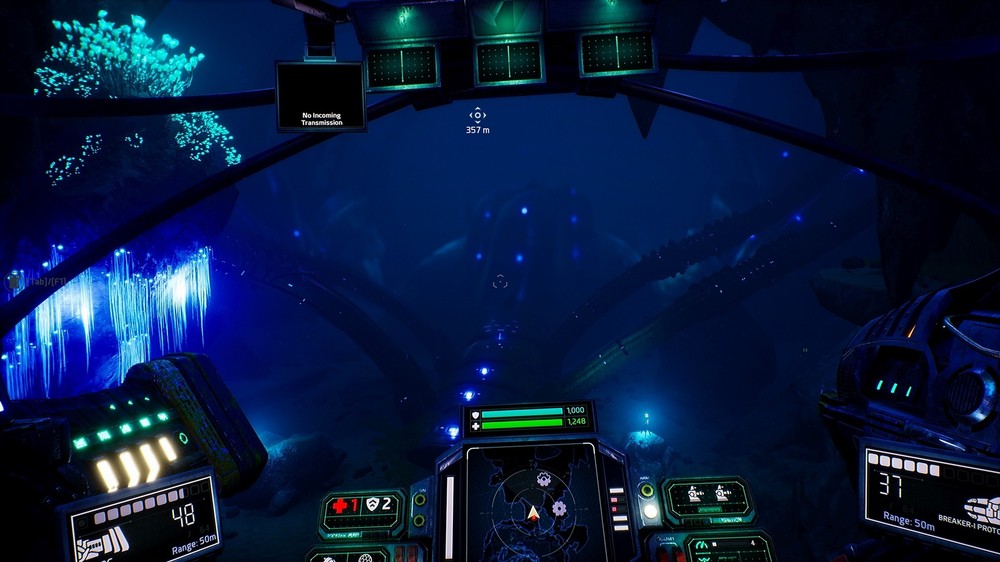 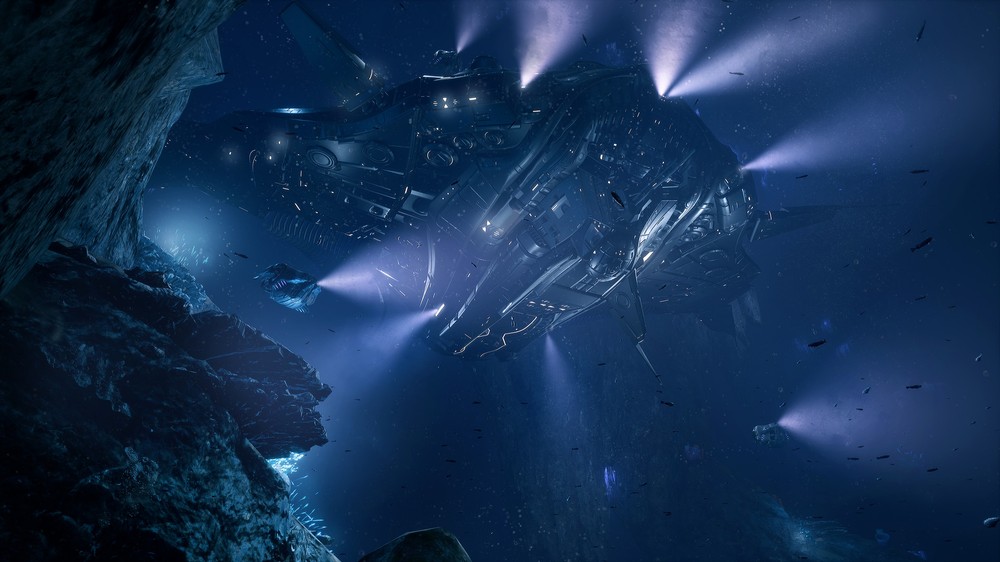 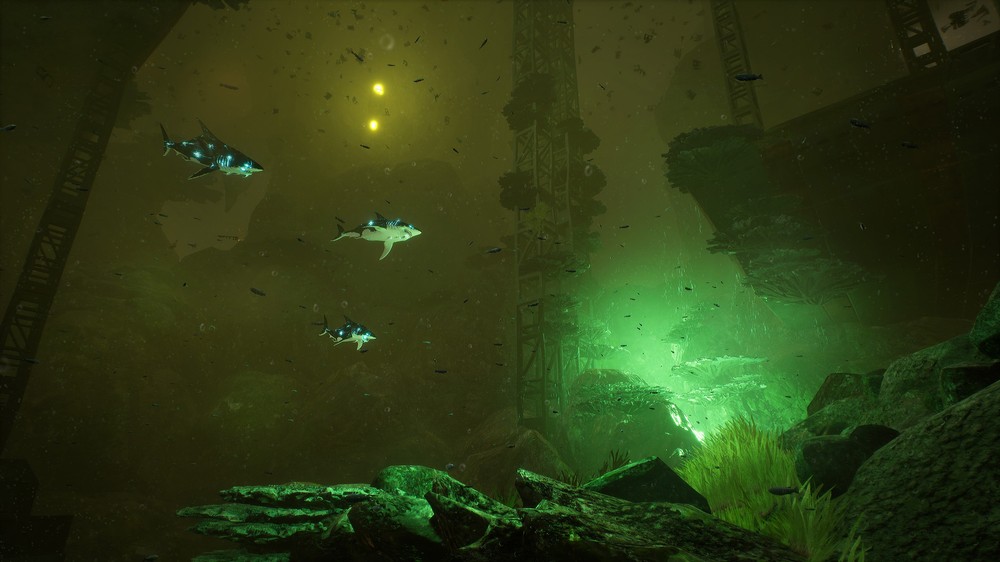