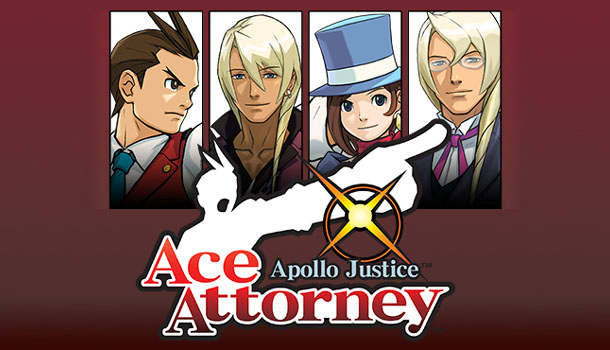 + Dramatically improved graphics
+ New convenience options, especially for replay, such as the option to skip all text from the start
+ Option to play in the original Japanese

Recommended remaster for any fans of the original Phoenix Wright trilogy.

As a longtime fan of Capcom’s Ace Attorney series for the original DS, I was pretty pleased when I heard that they were remastering the games for the Nintendo 3DS. Apollo Justice: Ace Attorney is the latest release, following the port of the original trilogy three years ago. This is a big deal because with this remaster, all Ace Attorney main games previously released for the DS are now upgraded for the 3DS and available for download in the Nintendo eShop. 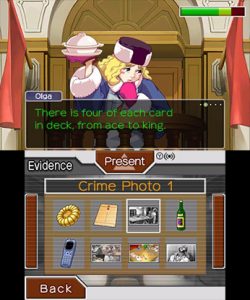 For those unfamiliar, the Ace Attorney games are something of a hybrid between crime-drama/comedy visual novel and adventure game. Every game encompasses multiple episodes (Apollo Justice has four), each presenting a mystery for the player to solve. Gameplay is simple enough for even casual players to pick up. Chat it up with various wacky characters and investigate several scenes to gather evidence (in a point-and-click manner similar to traditional adventure games), then go to trial with the evidence you’ve found and use it to point out contradictions in testimony.

Thanks to the charmingly quirky (and often over-the-top ridiculous) characters, beautifully executed artwork, and engaging story, progressing through the game is much more fun than you might expect from such a simple concept. Because the gameplay and interface are so straightforward, with all relevant information easily accessible to you virtually at all times, the Ace Attorney games are excellent for intermittent gaming on the go, such as while commuting on the train. Retrying failures isn’t punishing, and you can save virtually anytime and later pick up right where you left off, which is especially great for those of us who rarely see long stretches of free time for gaming. 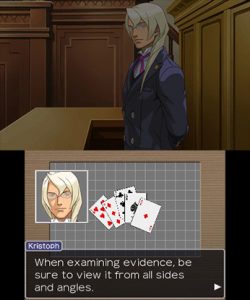 Apollo Justice primarily takes place seven years after the last game, my personal favorite so far, Phoenix Wright: Ace Attorney – Trials and Tribulations. If you’re new to the series, though, don’t worry. The game assumes no prior knowledge and starts fresh, passing on the Ace Attorney torch to a new cast of characters. This includes the titular Apollo, who happens to be a bit of a bumbling greenhorn defense attorney — much like Phoenix Wright is when we first meet him in previous games. This, and the reappearance of some familiar faces from the original trilogy, helps smooth over the transition to the new crew for series veterans. Thankfully, the next generation — including Wright’s magician daughter Trucy and snack-munching detective and forensic scientist Ema — is memorable and endearing in its own right.

The new 3DS remaster of this game is beautifully done, with dramatically improved graphics. Since I had the original DS cartridge on hand, I was able to compare the two games side by side, and it’s instantly noticeable how much rougher and more pixelated the original’s graphics look next to the new sprites, which are super crisp and look almost on par with animation cels. I love that the new graphics also take advantage of the full size of the 3DS’s larger screen, though with the minor trade-off that some of the backdrops are partially cropped due to the different aspect ratio — for me, most noticeably in the courtroom lobby where the painting above the couch is somewhat awkwardly cut-off). The game text, though, is larger and clearer, definitely easier on the eyes. 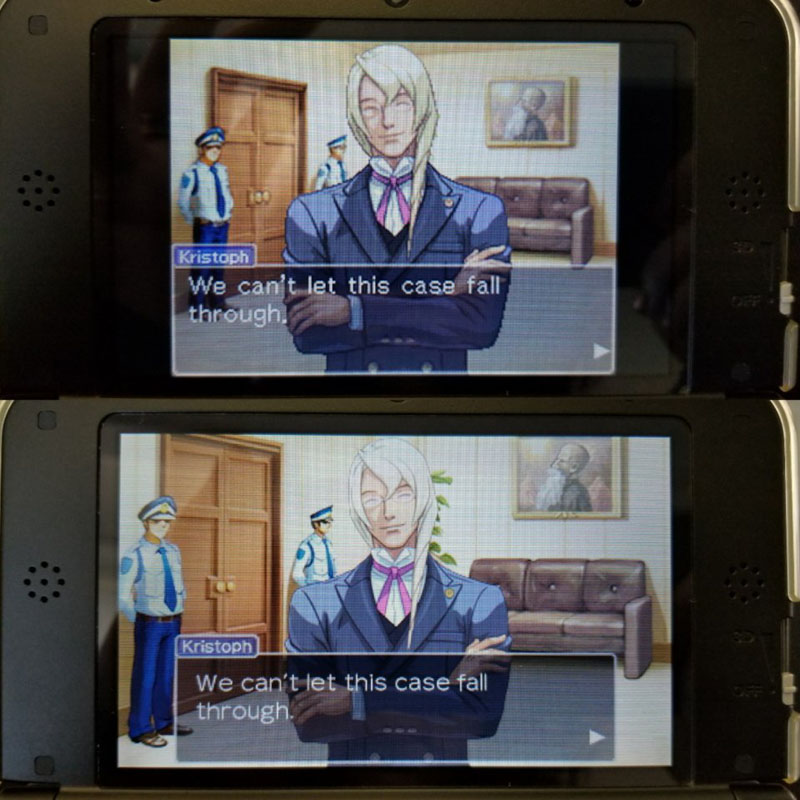 The remaster also adds an option for 3D, which essentially adds adjustable depth to the layering of the dialogue box, sprites, and backdrops. It’s a neat effect, if somewhat hit or miss: for example, Prosecutor Gavin’s fist slamming into the wall no longer looks like it’s hitting anything when his sprite’s floating on a separate layer from the background. Also slightly disappointingly, the cut scenes, even those that look rendered in 3D, don’t take advantage of the 3D effect. Overall, I could take or leave the 3D feature, since it causes me more eye strain when it’s turned on, but it’s easily toggled and adjusted on your 3DS, and I know others who’d enjoy the 3D enhancement. 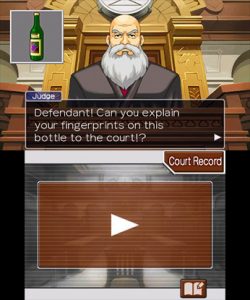 The sound quality seems a bit better, too, but I’m not sure I’d have noticed if I hadn’t loaded up the two versions back to back. The remaster unfortunately doesn’t tone down the harsh treble of the ticks the game uses in place of audible dialogue. I would have loved it if the upgrade included more noticeable improvements in sound, but for all I know, it could be limited by the 3DS’s hardware. While I’m being wishful, though, let me just throw out there that voiced dialogue instead of the ear-grating ticking would have been amazing.

The remaster also includes some more subtle but much appreciated improved features, such as a toggle for automatically skipping all dialogue (useful if you’re doing a quick replay of the game), the ability to directly retry a failed game from the last event without reloading a save,  and the nice bonus option to play the entire game in the original Japanese. If you can read Japanese or find a script online, that last feature provides a rare opportunity to do a little Spot the Difference with Capcom’s meticulous localization changes from moving the game’s setting from Japan to the States.

Overall, Apollo Justice: Ace Attorney is a very solid (if not absolutely most bonus-feature-packed) remaster of the original DS release from 2007 (2008 in the US). At $19.99 for the download from the Nintendo online store, it’s not cheap for a game released a whole decade ago, albeit an attractively remastered one. I’d have liked to see more improvements or new bonus material, even little extras like the ability to listen to the soundtrack or view a gallery of concept art, at that price, but the game did hold up well and occupied me for about a week, playing mostly only nights at the pace of a full-time working parent. If you’ve never played this game and enjoyed the Phoenix Wright trilogy (or games like it), I’d certainly recommend checking this title out and getting this remastered version over the original DS game. Maybe we can look forward to ports of the Edgeworth spin-offs next?