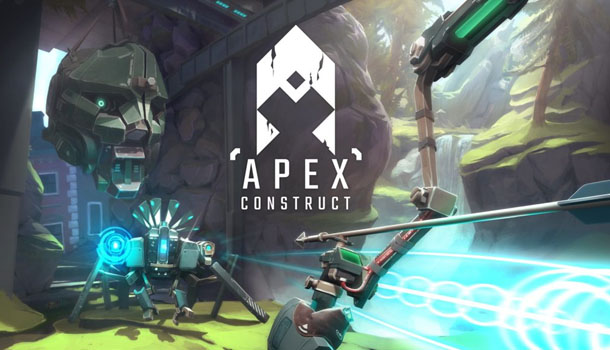 Virtual Reality is a genre of gaming that I’ve been acquainted with for a little while now. In that time, I’ve sampled some of the best and not so hot titles that the technology has to offer across multiple VR platforms. Until recently I’ve never had the opportunity to do it from the comfort of my own home with a VR unit of my very own. One of the chief joys I found in my perusal of VR title are those that feature archery in some form. So when I found out about Apex Construct, a debut VR title by developer Fast Travel Games, I jumped at the opportunity to review this archery based adventure as my first truly solo VR experience on the PlayStation VR.

The PlayStation VR (or PSVR for all us abbreviation loving gamers) has been out since the later portion of 2016 and so far there is one largely gaping hole in its lineup…the presence of full VR titles. While we do have great full bodied experiences like Resident Evil 7 and Farpoint, most of what I’ve personally experienced are great but rather short or tech demo quality at best. Apex Construct, unlike other reworked titles where VR has been added on the PS4, is a built from the ground up VR experience set in a futuristic world where… well things have kind of gotten broken a bit. 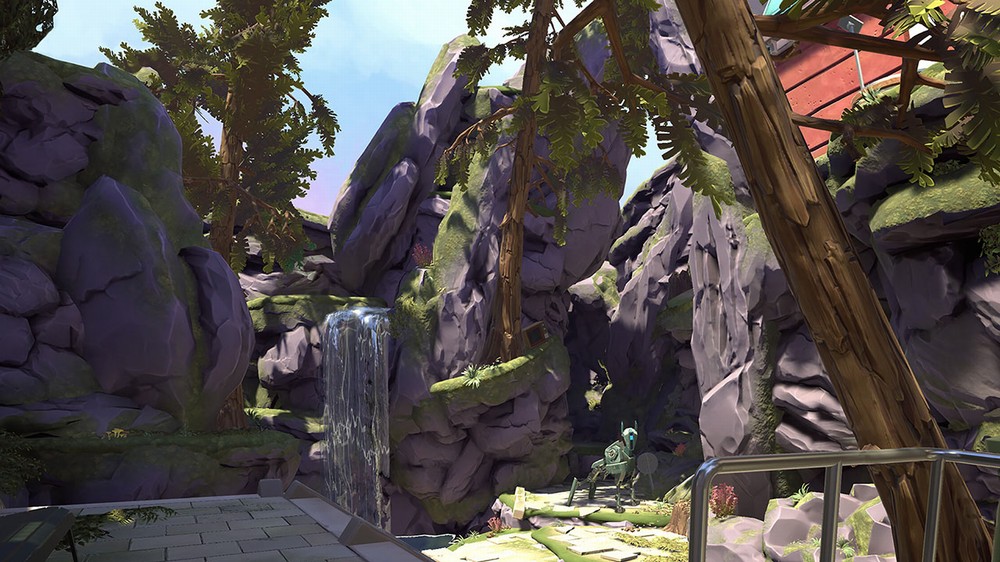 You play as the unnamed last vestige of humanity as you are pulled from a void to the real world by the disembodied voice of Fathr. Nope that last word wasn’t a typo as Fathr, in all his almost James Spader guiding glory, is one of two AIs that seem to be at extreme odds against each other. While Fathr seems to have your and the world’s wellbeing among his concerns his opposing AI force called Mothr has an army of animalistic robots hell-bent on stopping your progress in-between bouts of exploration.

A lot of Apex Construct’s enjoyment for me came in the form of how the developer balanced character movement and combat. While I will admit right away that it isn’t perfect, Apex is a large step in the right direction for navigation and combat in VR. Players have two methods for moving around the world of Apex Construct both of which utilizes the PlayStation Move wands in some fashion. The first is the commonly seen press-point-release teleport option which does allow for quick navigation as well as escapes. While either standing or standing while playing sitting option is great for those that suffer from VR’s motion sickness. 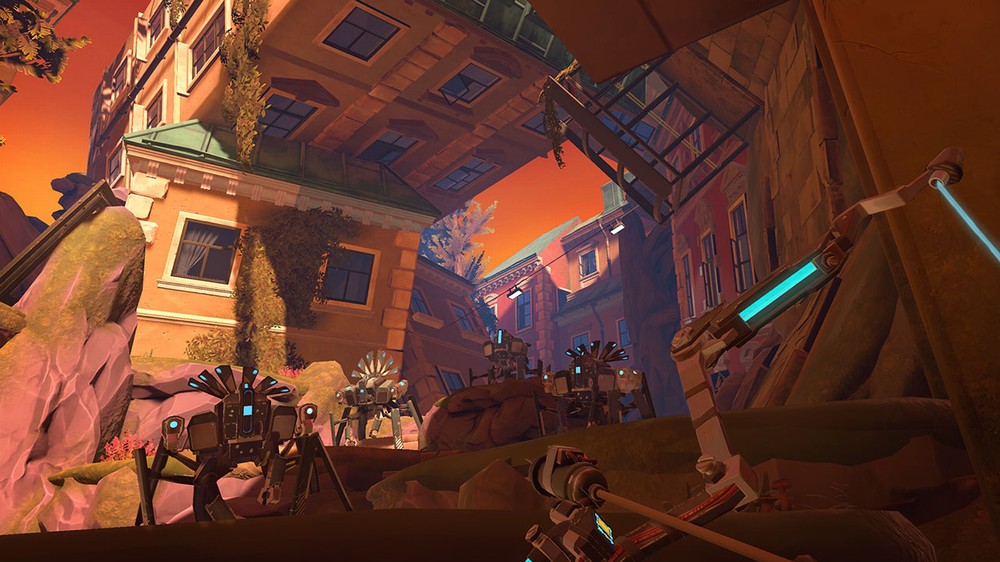 The second and my preferred method for this adventure is the free locomotion afforded with the smooth traversal option. This may have the above mention effect on people but its more natural movement allowed for greater immersion which is the whole point of VR. I couldn’t tell you how many times I stopped to see what I could interact with as I casually moved through Apex’s world. This does however bring to bear some of the issues I had with my experience. Some elements of the environments are not as easily traversable as one might expect by looking at this gorgeous world. Ladders for instance require properly placed teleport triggers to ascend as well as some seemingly feasible gaps between elevators and floors. Some of these are done on purpose to aid with the story elements but other elements like clipping through an otherwise solid looking ramp are less forgiving especially when under enemy fire.

Oh yeah there is plenty of enemy fire to be had as Apex Construct somewhat gradually introduces you to the various robotic foes you will face. True to adventure form, you only encounter new and more challenging enemies when you acquire the primary method in which to dispatch them like with the electric arrows. These just happen to be one of two additional ammo types that while restricted in overall usage by cooldown timers that have uses both in and out of combat which is awesome. Doors or pathways previously obstructed earlier on can then be revisited sometimes in the same area or when you return to previous areas. 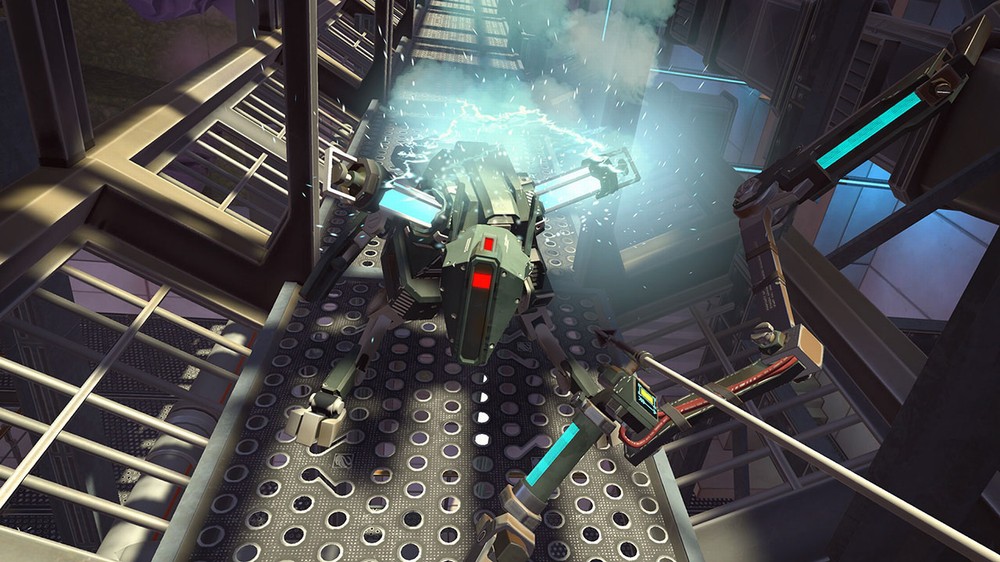 The one thing that I actually really liked about Apex Construct is that besides the general objective given to you by Fathr, as you go the game is designed to let you figure things out on your own. If door needs a four-digit code to unlock it you may find it laying around nearby or it may take a little more effort and attention on your part. It should be noted that some puzzles can’t be solved instantly so while there are secrets to be found most can be found eventually through normal play. One of my little joys outside of the archery combat was being able to actually use working keyboards to navigate various computers to gain, not only important information, but backstory that fleshed out the events before your arrival.

While I enjoyed almost every bit of Apex Construct, there were some control issues that sort of dampened the experience a bit. Some I attributed to my own play space and setup which was rectified easily enough, but in the heat of things twitchy wand recognition during combat did hinder combat at times. I really enjoyed the nocking and draw bow mechanics when it’s done like it is here in Apex. It can be a bit awkward when you don’t quite get the motion right in the thick of things, which is crucial as Apex Construct does not go easy on you. Apex Construct also makes you rely mainly on your own aiming skill as there isn’t even an aiming reticule, and you have to account for arrow drop when you try to hit enemies farther in the background. 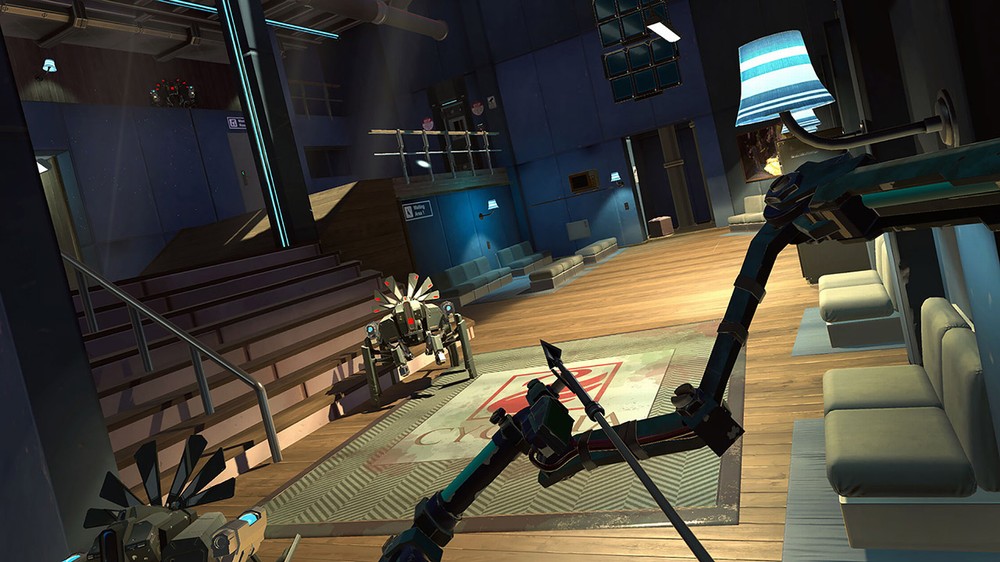 You often find yourself facing several enemies at once especially during one particularly trying fight a few hours in. If you don’t dodge, throw up you temporary bow shield, and manage between your ammo types quickly enough you will find yourself in a very unfortunate position. This often means restarting fights with fewer resources than you started with such as health soft drinks as they do not reappear in your inventory on respawn. You also lose any unbanked creature RP points that you manually collect if you are defeated each and every time. While this is incredibly disheartening, as not only do you use it for purchasing health “potions” but for weapon and defense upgrades as well you can replay missions to try and bank up enough RP to afford permanent upgrades to give you an edge.

For every defeat though I found satisfaction once I actually managed to dispatch a run of enemies even marginally successfully. It drove me to get better and stand back and enjoy the exploration bits in-between. The game world is beautifully desolate, the story well-crafted and delivered and its interaction in and out of combat is among some of the best I’ve seen on the PlayStation VR. On a grand scale, Apex Construct has so many great elements in place that despite the detrimental choices or touchy controls, it’s still one of the best VR titles that I’ve played in a while. 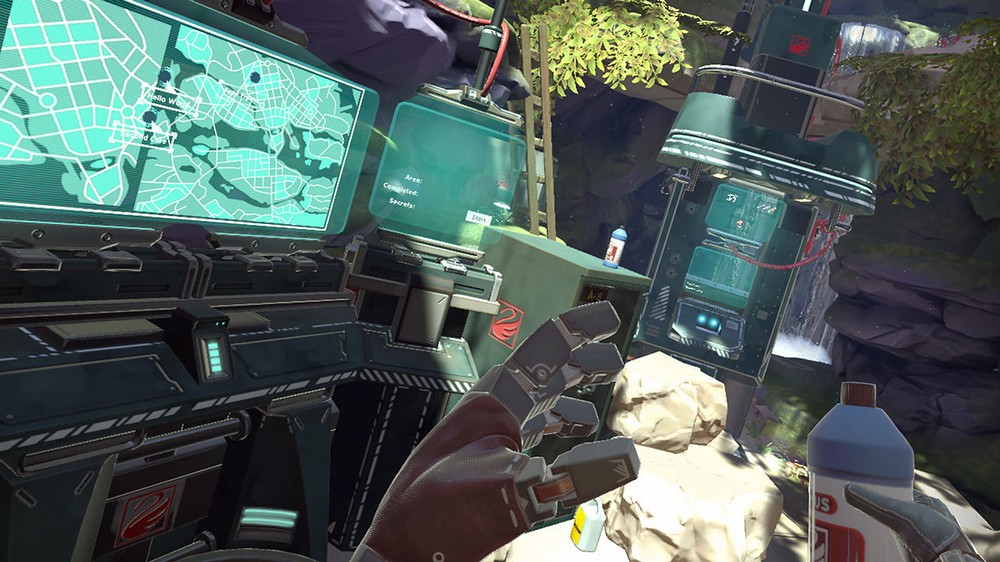 1
768
The Walking Dead: Saints & Sinners Review – Oculus Quest
2
706
Synth Riders Celebrates Anniversary with a Month Full of Treats and an Oculus Ques...
3
705
Frictional Games Shows Off First Gameplay Footage of Amnesia: Rebirth
4
705
Join the Galaxy’s Finest as Star Wars™: Squadrons Soars Into Homes Today
5
705
Metamorphosis is 33% Off on Steam!
6
705
Werewolf: The Apocalypse – Heart of the Forest launches on October the 13th
7
705
Worm Jazz Review – PC
8
705
Take to the Skies and Choose a Side in the New Trailer for Next Generation Air Com...
9
705
CRASH BANDICOOT 4: IT’S ABOUT TIME IS AVAILABLE NOW
10
704
The Falconeer First-Look Preview – PC
All Original Content on Game Chronicles is Copyright (c) 2002-2020
Sinjin Solves Walkthroughs Copyright (c) 1996-2020 by Mark Smith