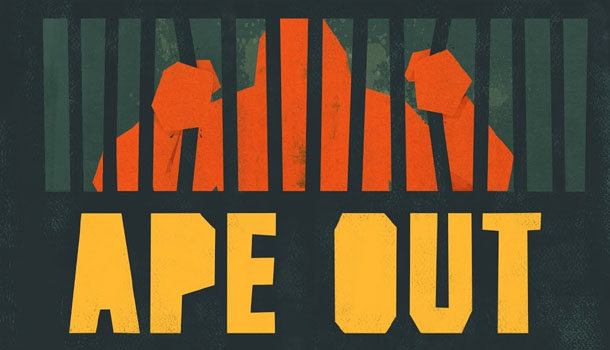 Stylized, brutal, simplistic, intense, addictive, violent, upbeat, repetitive, instinctual, primal are all excellent words for describing APE OUT, the latest game to come from eclectic publisher, Devolver Digital.  Developed by Gabe Cuzzillo, Bennett Foddy, and Matt Boch, APE OUT puts a unique twist on the endless runner genre in several ways.  First, the game puts the camera above the action for a top-down perspective on the carnage about to unfold.  APE OUT then sets all the action to this upbeat jazzy percussion soundtrack where all of your violent shenanigans will directly impact the score with drums and cymbal crashes.  You’ll actually help compose the soundtrack by killing your keepers.  And finally, instead of next-gen or even retro graphics, APE OUT opts for this bold and colorful art style that looks like a hybrid of Predator heat vision and a Jackson Pollock art show.

The concept is simple.  You are an ape who breaks out of his cage and tries to escape his captors by winding through a seemingly endless maze of procedurally generated corridors and rooms populated by some heavily armed zookeepers who will stop at nothing to foil your escape.  ABM (always be moving) is the key to staying alive along with the occasional bloody body slam resulting in dismemberment or a satisfying SPLAT as you spam the attack button to attack your enemies.  Avoiding the enemy’s direct line of sight while weaving around the randomized passages and pillars is often a better tactic than a frontal assault.  It only takes a few shots from a rifle or shotgun blast to put you down and you get to start all over from the last checkpoint. You can also slow things down by grabbing an enemy and using them as a meat shield before tossing their bullet-ridden corpse at the gunman. 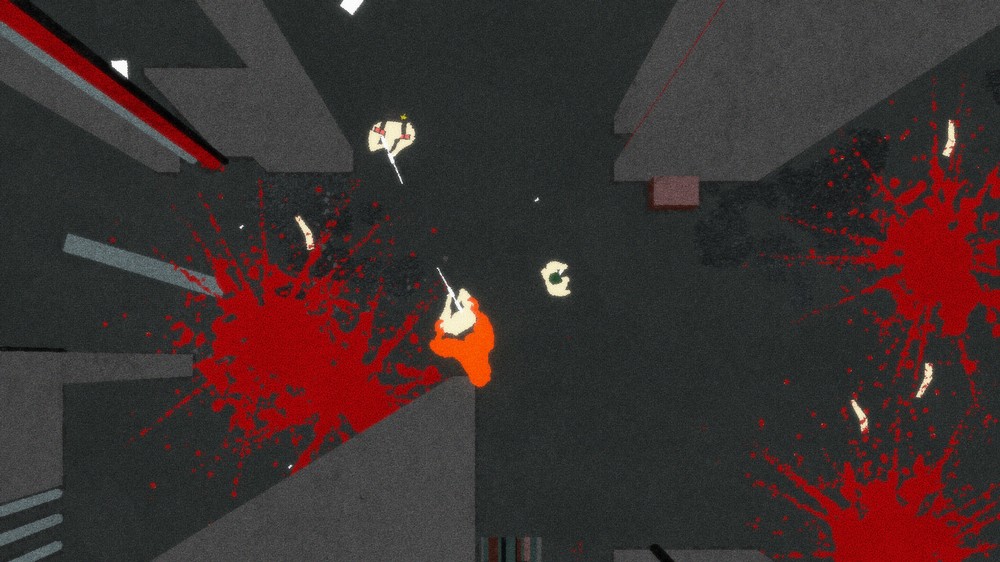 APE OUT does its best to minimize repetition by mixing in new game elements as you progress through the chapters, but ultimately the game devolves into a simplistic endless runner that will have you crying out in anguish when you die and the camera pulls out to reveal you were mere steps from the next checkpoint.  Thankfully, the game is so bloody fun you won’t mind doing it all over again…and again…and again. The first time you rip a door from its hinges and use it as a shield before throwing it down a hallway crushing four gunmen triggers something as primal as the furry beast you are controlling.

The presentation is as simplistic as the concept and the gameplay.  Abstract blobs of polygonal art are used to create barely recognizable characters, but there is no mistaking the copious amounts of blood covering the walls and floor.  I’m fairly sure this art style is the only way this much blood and dismemberment could be depicted in a video game and still be released.  While not formally rated by the ESRB, the Steam page does warn for mature content, and what do you expect when the enemy is wearing explosive devices with lit fuses just begging to be knocked around? 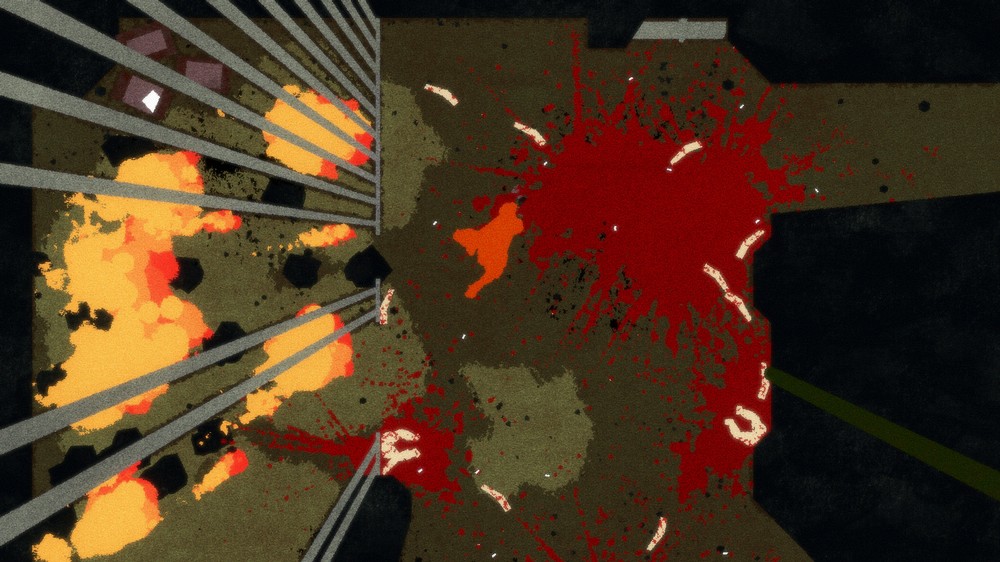 What the game lacks in visual fidelity it more than compensates with a powerful dynamic soundtrack that not only fuels your rage-induced gameplay but also adapts and molds itself to your own particular brand of interaction.  Every violent action triggers a percussive reaction that seamlessly integrates into what can best be described as a New Orleans jazz fest drum solo.  When you go on a rampage it sounds like the ape is crashing through the very drum set that is playing the soundtrack, but you can just as easily become a backup drummer with more creatively timed kills that provide just the right touch to the track.

Considering the 2-3 hour runtime and repetitious nature of the game (despite the procedurally generated longevity) I would like to see this game at $10 or less, and chances are it will be on sale soon – Devolver is good with their Steam sales.  But price aside, APE OUT is simplistic addictive fun, great for casual spurts of gameplay when you want a break from all those other AAA titles that are wearing you down.  Let loose your anger and frustrations; tear up your environment and kill a few hundred guys with guns who simply don’t understand that life may be a zoo, but you don’t have to live in it. 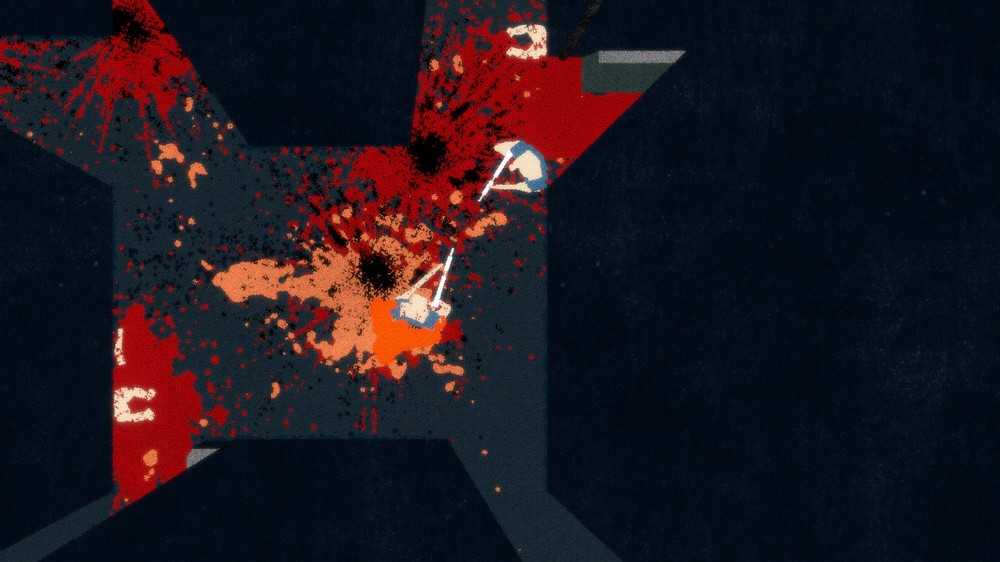