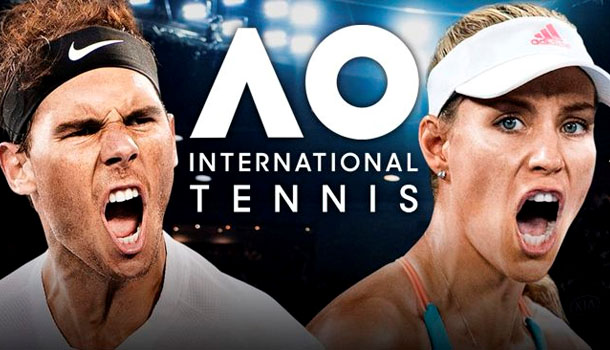 More about creating a tennis game than actually playing one.

Is anyone else feeling nostalgic about the total lack of secondary sports games on next-gen consoles? I’m talking about games like volleyball, golf, and tennis. I remember one year where we had three volleyball games release in the same summer. Now, if I want to swing a golf club I have to go back to 2015’s Rory McIlroy PGA Tour and if I want to play tennis I’m breaking out the Kinect for Sports Rivals on Xbox or playing the cartoon version of the sport in Hot Shots Tennis on PS4. And I don’t think any game devs care about volleyball anymore.

Big Ant Studios obviously saw the opportunity to fill the gap with their latest game, AO International Tennis, but sadly, the end result is anything but fun and actually turns out to be one of the worst and most frustrating games of any genre I’ve played this year. Much of my disdain for the game lies in its minimal downright barebones production value of the actual game while simultaneously featuring a character creator with enough options to create a REAL human being. Seriously; do we need 20+ sliders to create a NOSE on a character that we will almost never see outside of brief cinematic replays. 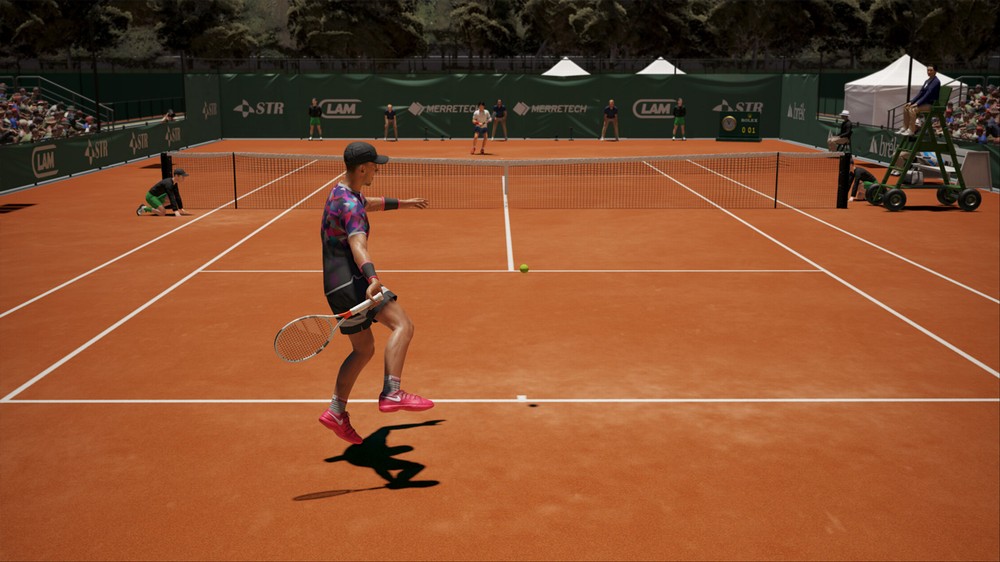 I admit to getting trapped in the character creation process, probably longer than I spent creating all my other sports characters combined.   Just how many millimeters should separate my eyes and what degree should my nostrils flare? These are all crucial questions for creating the perfect tennis player. By the time I actually got to spend my generous six-figure bank account on a variety of actual tennis stats I was exhausted. As you play more and more of the solo career you can boost these stats even further.

Don’t even think about diving into the game without playing through the tutorial lessons. Not only will it earn you a trophy it will also make you somewhat capable of playing this awkward game that functions like no other tennis game before it. For those seeking ultimate realism at the cost of losing nearly every match, you can try the analog swing input using the right stick. Much like trying to swing a club in PGA Tour, this opens you up to endless degrees of imprecision and missed shots. Every type of tennis shot is represented by a button press from flat and top spin to the high-flying lob. These can be further modified with the right trigger for added flair. 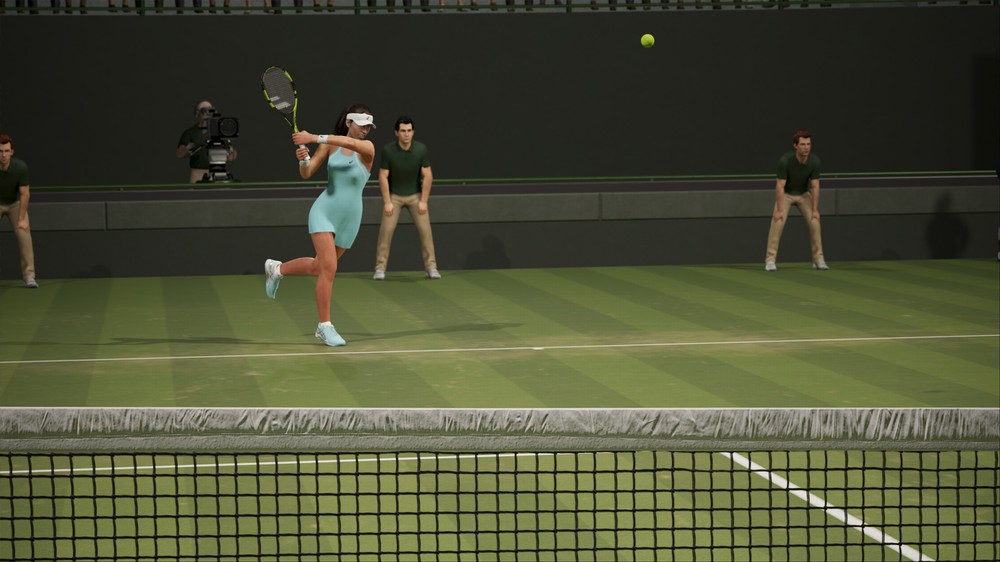 Actually hitting the ball is an extreme effort in multitasking, as you must position your player, press and hold down the desired shot-type button to put just the right amount of power behind it while simultaneously aiming your shot location with the left stick. You’ll feel confident in being able to do this after finishing the tutorial, but in the actual game it just doesn’t work the same. Shots will inevitably fly wide or deep, and there is this whole “call challenge” system that seems to be in place only to prove that it exists and the AI is more observant than the line judge.

The solo career is a mashup of exhibition games and tournaments with a heavy focus on the Australian Open, mostly because this game released Down Under in time for that event and now we get it in May. Lacking any major licensing we end up with only 3-4 players that avid tennis followers may have heard of, but Big Ant Studios seems confident that the gamers will create all the missing content using the abundant crafting tools provided. Not only can you create an infinite assortment of human tennis players, there is a fairly substantial arena creation tool set. Those with the time and patience can eventually create any of the licensed players or locations that don’t come with the game. 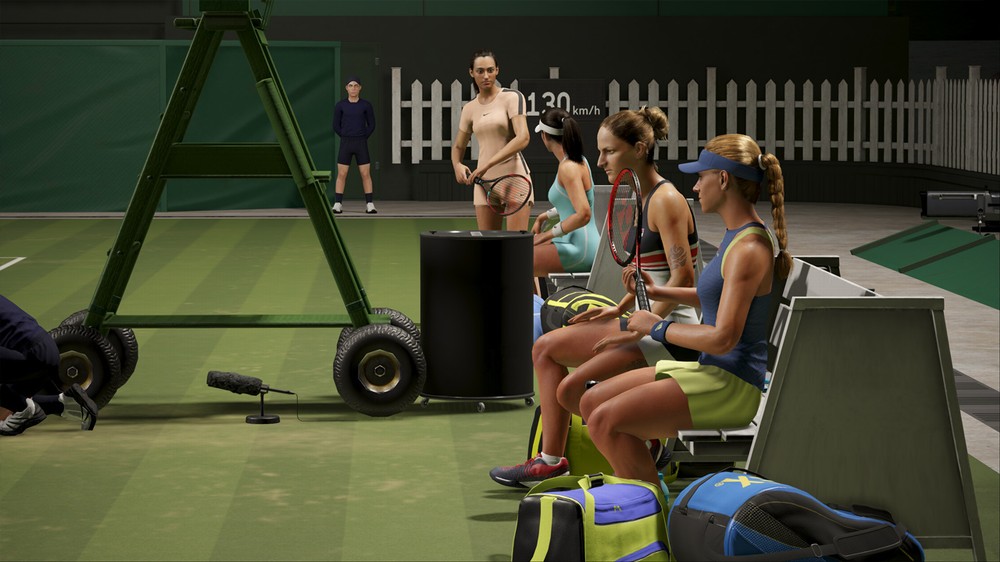 AO International Tennis seems more about creating a tennis game than actually playing one. With its apparent focus on content creation and sharing combined with its overly complex shot controls and lackluster presentation values, there is little joy or spirit of the game of tennis to be found here; certainly not enough to recommend this as a budget purchase let alone considering this at $50. I’d recommend waiting for what comes next and if you haven’t already played it, check out Hot Shots Tennis for only $10. At least that one is FUN to play. 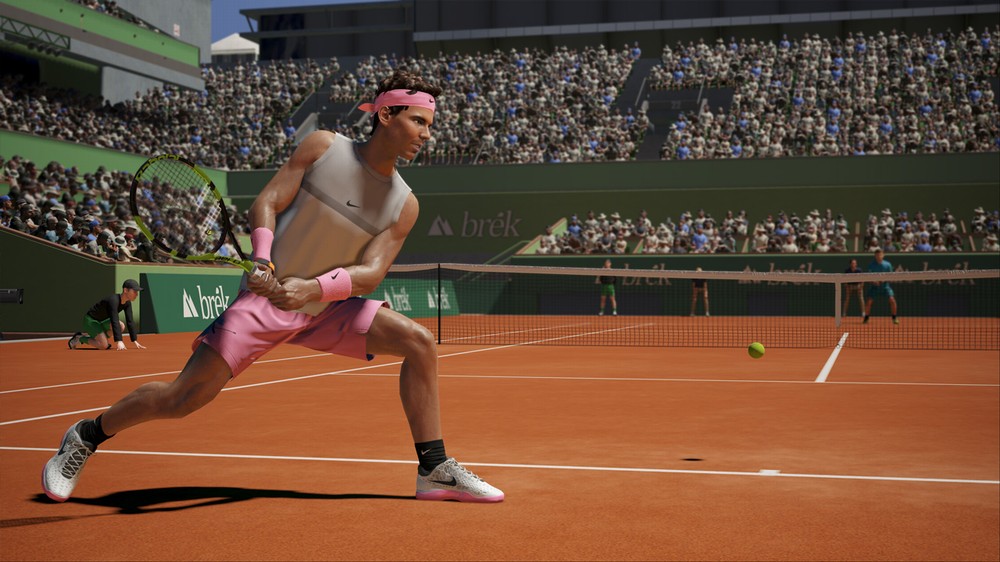