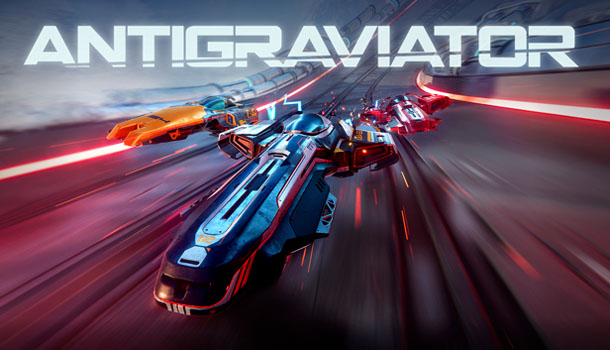 Often imitated yet never equaled, many have tried to make the next WipeOut game, but for whatever reason, none have come close. Redout did an admirable job of mimicking the master, and the new game, Antigraviator takes it one step further with some truly stunning visuals, fantastic track designs, a energetic soundtrack, and an interesting take on passive combat using environmental traps much like the old game Split/Second.

Antigraviator is loaded with content including single and multiplayer racing modes as well as a warehouse full of unlockables with which you can customize your various race craft. While there is something slightly original about the art style in this game there is no denying the strong influence of WipeOut and perhaps a dash of F-Zero, in both the anti-grav vehicles and the twisting track designs. 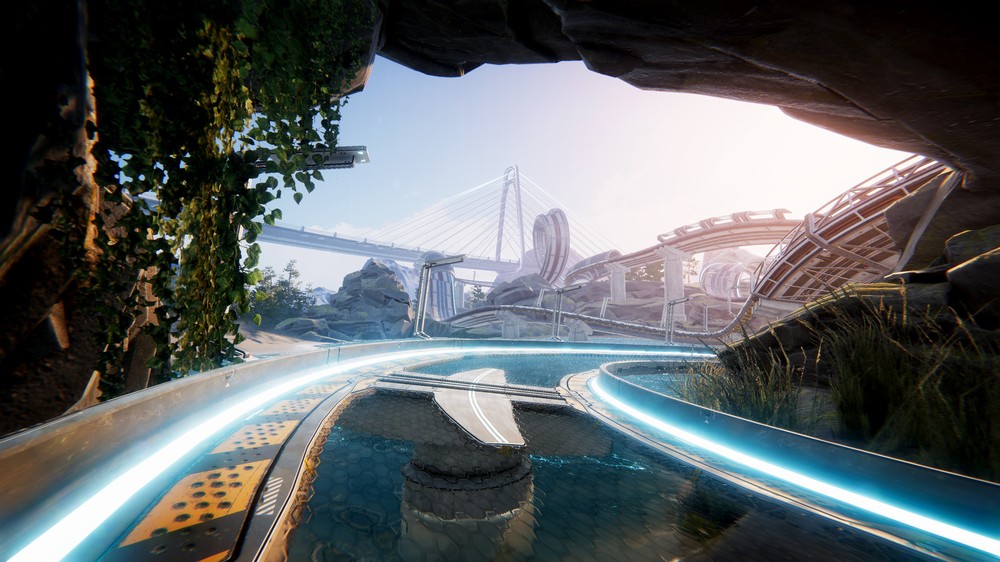 I would be remiss if I didn’t mention the fantastic tutorial that I encourage all new players to explore. There are several new concepts being introduced to this genre that, if not made aware of, will certainly affect your enjoyment of the game. Basically, don’t skip the tutorial then complain about the game later. Whether you are racing in the solo career mode or partaking in the local split-screen or online multiplayer modes, Antigraviator introduces a relatively new form of passive combat whereby you can activate traps like mines, rockets, rockslides, etc. to slow down the competition. Personally, I found this combat style rather unrewarding and even a bit problematic, even after I had somewhat mastered the concept.

As you race you need to collect energy cubes and you must have two of these to activate a trap provided the person in front of you is near a trap. This means you can only “attack” the next player ahead of you, so if you are in third you can only attack the player in second, etc. Thankfully, activating a trap also activates a shield so you don’t fall victim to your own trap. When you do spring a trap it is difficult to tell if it was effective unless you see the stalled ship as you fly by, and when somebody else triggers a trap you have no warning, or at least not enough of one to even hope to avoid the upcoming obstacle. The whole combat system just really throws off what could have been a great futuristic racing game. I’m perfectly fine with rockets, missiles, and machineguns. 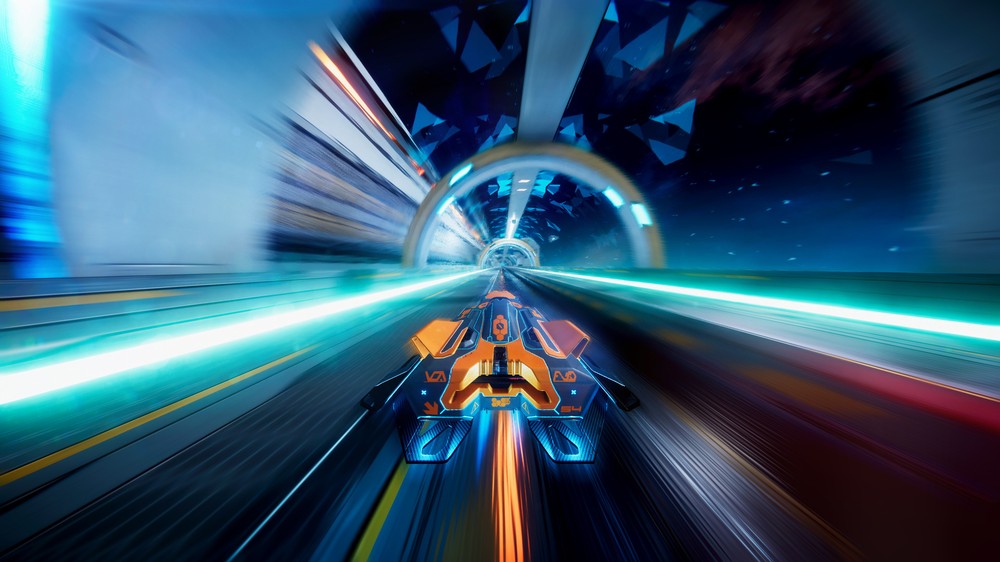 One of Antigraviator’s best features is the blinding sensation of speed thanks to a super-fluid framerate, even at 4K resolution, and expert use of motion blur. The vehicles in Antigraviator have no speed limit and the more speed pads and boosting you can do all contribute to perpetual acceleration that is only hindered by grinding the wall, colliding with another racer, or falling victim to a trap. Expert racers will learn to fall into the blue slipstream of the car ahead for even more speed. Learning how to brake for the turns or perform a perfectly timed barrel roll to dodge a trap or knock your opponent into the wall is a crucial skill.

There is a lot of content in Antigraviator from the 15 intensely thrilling tracks spread across five distinctly creative sci-fi worlds to countless unlockable upgrades for your various ships giving you unprecedented customization options that can affect the performance of your vehicle. You can unlock this content in both the solo and online modes to create the ultimate race machine then take a run to reach the top of those leaderboards. 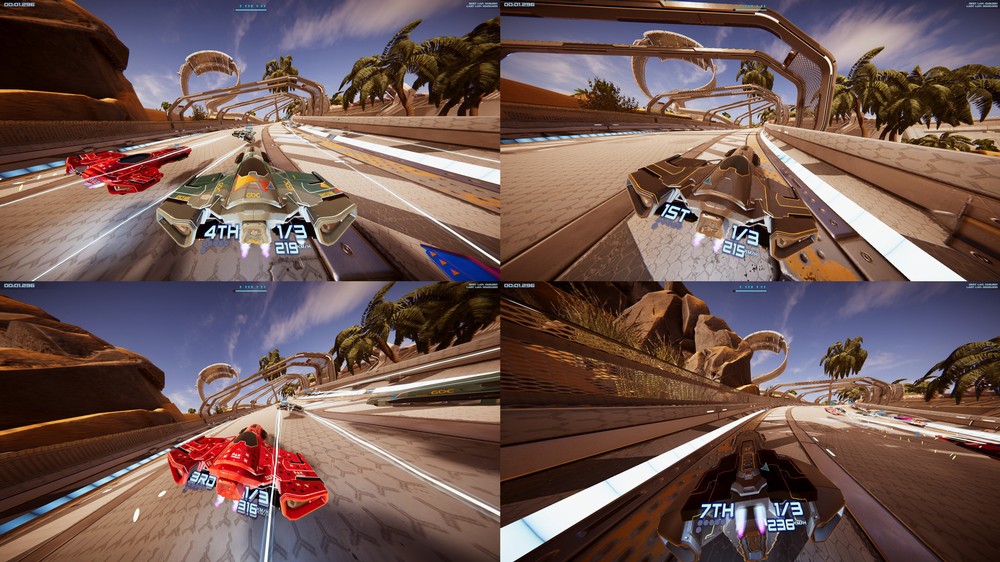 Aside from the awkward combat system there are a few other issues. While not a problem for me personally, the game has terrible support for KB/M controls. Obviously, this game is meant to be, and best played with a controller, but I’m sure there are plenty of anti-controller PC purists out there who will find the game literally unplayable without a gamepad.   My other complaint is that there are no alternate camera views. The devs are reportedly working on other views, so this may change in the future, but for now you only get the one locked chase view. And while we’re on the subject of camera views, I’ll put in my request for VR support. That would certainly put Antigraviator in direct competition with WipeOut Omega.

Antigraviator is white-knuckle rollercoaster racing game featuring great tracks, customizable vehicles, a subjectively awesome soundtrack (I loved it), and a love it or hate it controversial combat system. It took me hours just to learn how to stay off the walls in this game, and twice that long to get comfortable with the trap system. The speeds are insane and the visuals actually manage to convey that insanity. Whether you learn to master the combat system or simply tolerate it, there is untapped explosive action for both solo and multiplayer racers with Antigraviator, now available on Steam. 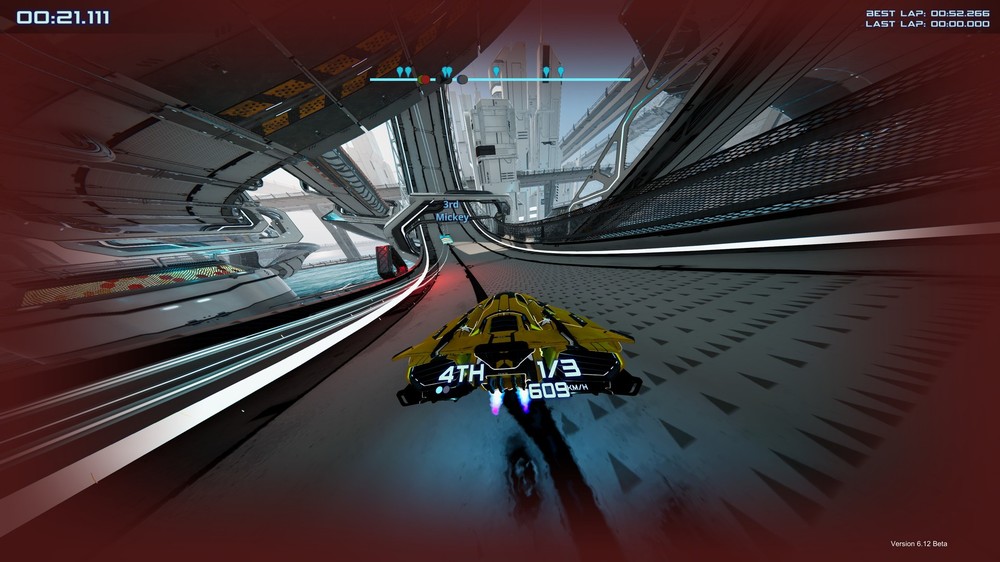 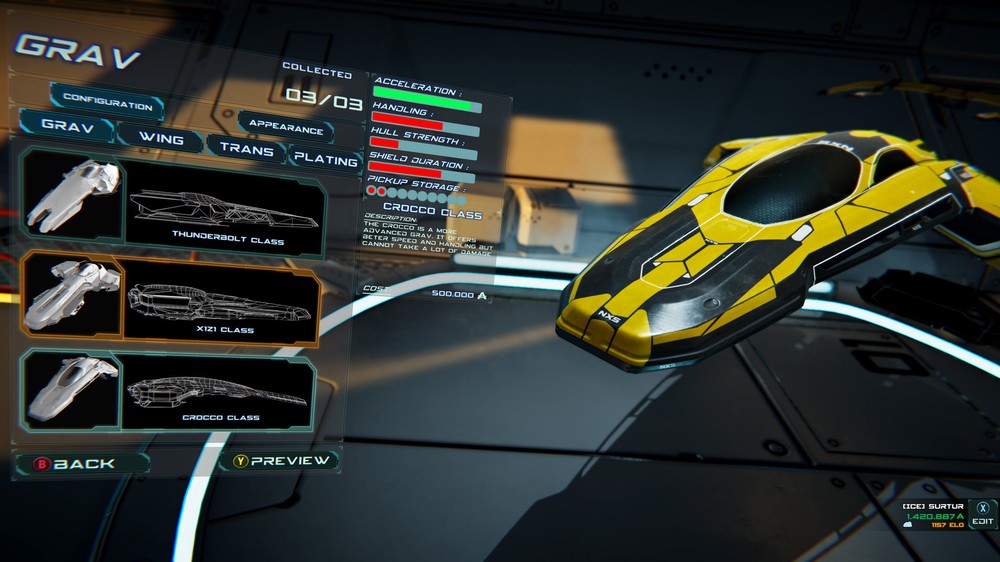 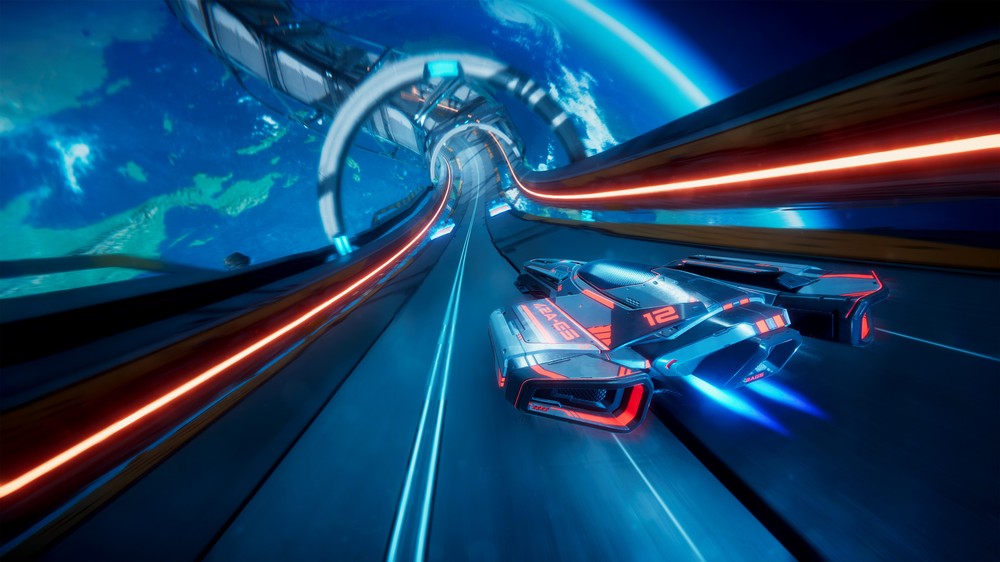 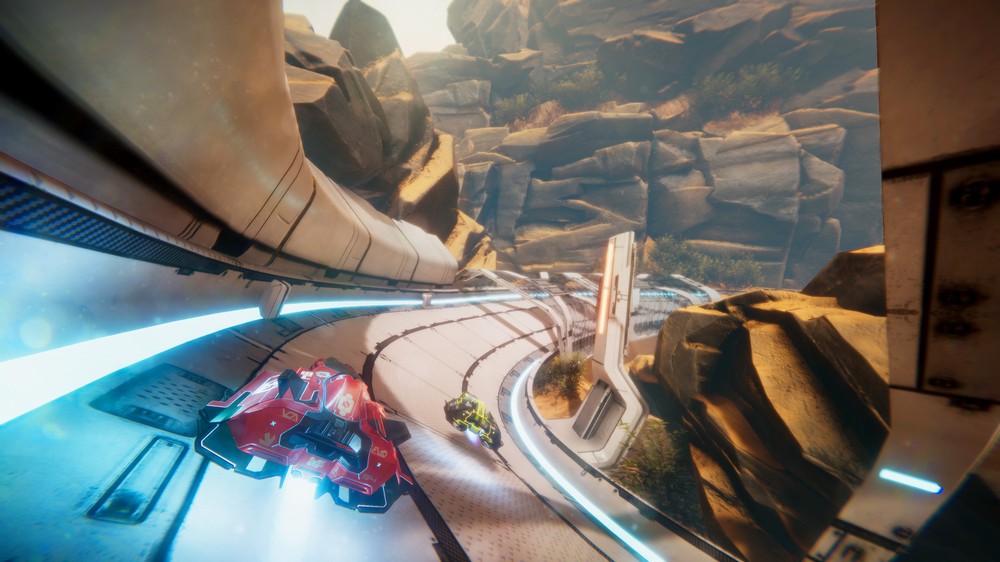