If you enjoy tower defense or real-time strategy, it’s a guaranteed hit.

Anomaly: Warzone Earth was the first game I learned about in the sadly under populated “tower offense” genre. Released in early 2011, Anomaly put you in charge of an ever-advancing line of armored vehicles as they made their way past a grid of alien towers. It was a fantastic game, and I assumed that it would pave way for a huge crowd of imitators to build upon its reversed version of the popular tower defense genre, but it was not to be. Now, it looks like the developer, 11 bit studios, has decided to take matters into their own hands and release Anomaly 2.

In terms of play, the basic formula has not changed from the first game. Each level puts you in the shoes of a nameless commander who must guide a convoy of tanks through a level. You don’t control these tanks directly. They always keep moving forward, and they fire at targets of their own free will. As the commander, your job is to supervise. You can pause the game and enter a tactical view of the level, which shows you the entire level, enemies on the map, the convoy’s route, and other points of interest. From this view, you can see arrows at every intersection, which indicate which way the convoy will turn when it arrives. You can change the directions associated with these intersections so the convoy won’t just waltz into the heaviest concentration of the enemy and get blown apart. You can also purchase new units to replace your losses or bolster your existing ranks as your convoy rolls through each level, as well as upgrade them. These new arrivals show up immediately. You can have a maximum of six vehicles in the convoy, but if you find you need more of one and less of another, you can sell your vehicles. Like buying vehicles, this too is handled instantly. 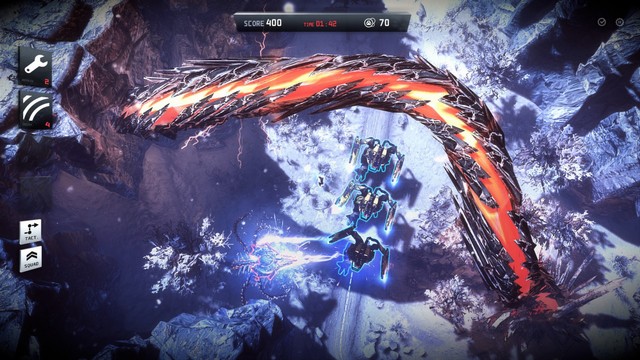 You aren’t commanding your tanks from some abstract birds-eye view, however. You’re also represented as a little infantry guy in the field. You can click on a spot in the world to run there. You have no attacks, but you have a special combat suit that lets you execute special abilities. Using any of these abilities drops a beacon at your feet, which will last for a short period of time. The repair ability creates a small circle, and any of your tanks which pass through this will be repaired as long as they are in the circle. The decoy ability creates a large area where enemy towers will focus their fire, leaving your convoy unmolested. The EMP ability disables enemy towers, leaving them docile until fired upon. Finally, the AIM ability tells your tanks to focus fire and grants them a damage bonus for doing so. These abilities are powerful. You can’t win without them, but you can’t use them just whenever you like. Each has a limited number of uses. Destroying enemies will give you steady resupplies of these powers, but you want to make sure each is used wisely and in the right spot.

I’m going to have to give the developers some serious thumbs-up for how they implemented the controls for these powers. They’ve implemented three different ways to handle these powers in the PC version. If you right-click in an area, the game pauses and a radial menu appears with the four options. If you click on any, the commander will run right up to the site where you right-clicked then execute one of those abilities. If you prefer something a little more reflexive each ability also has a numbered hotkey. Pushing any of these will cause that ability to be executed wherever your commander is standing. Lastly, these abilities are also represented on a toolbar along the left side of the screen. Click on one of these and then click on a space in the world to use the selected ability.

The only little issue I have here is that only the last of these abilities lets you see how large the circle you will put down will be, a method that must be executed in real time. Not ideal for moments when you need to lay down a perfectly-placed decoy to draw fire away from your nearly-dead tanks so you can run and grab a repair pickup before returning and dropping a repair beacon, but the fact that there are so many control options is a pleasant surprise.

[Editor’s Note: At this time there is no gamepad support whatsoever, a huge disadvantage if you are playing using Big Picture mode on an HDTV. Gamepad support is rumored for a future update.] 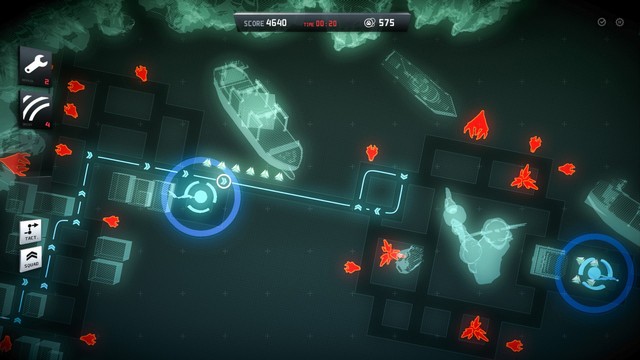 All of this was present in the last game. The big change now is that your tanks can now morph, changing form and becoming new vehicles. For example, you start off with a tank called an assault hound. The assault hound has a mini-gun that starts off with weak damage, but the longer it fires, the faster its rate of fire gets. This is great against long range single targets, but it’s a liability when facing multiple nearby enemies. By double clicking on the assault hound, you can transform it into a hellhound, a two-legged walker with two short-range flamethrowers capable of burning towers on either side of it. Double clicking on a hellhound will transform it back into an assault hound. There’s no cost to this, and every single vehicle you get is capable of a two-way transformation. Couple this with your selection of tanks and special abilities, and there’s never a dull moment.

After completing a mission, you’re awarded medals based on your ruthlessness, efficiency, and swiftness. It’s relatively easy to complete a mission, but even on the beginning tutorial missions, you won’t be getting gold medals in every category on your first try. Each mission also has four difficulty levels: Casual, normal, hardcore, and nightmare. There’s an awful lot to do in this game, and to top it all off, there’s a multiplayer mode. 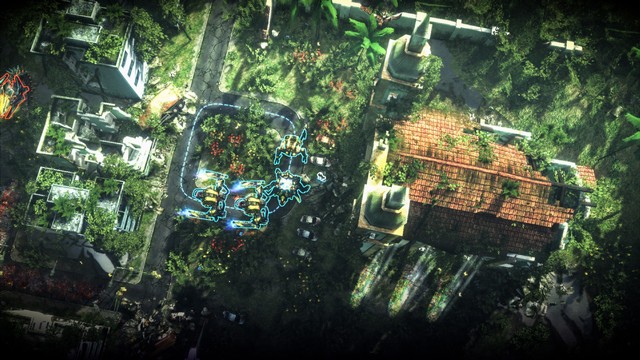 In multiplayer, one side takes control of the convoy, and the other takes control of towers. Your goal is to earn more points than your opponent. Destroying enemy units gives you the most points, and as each match goes on, new technology upgrades can be researched, giving you access to more stats and more types of units. Playing more games will also unlock newer and larger maps. Steam is even offering discounted pricing on Anomaly 2 two-packs.

As far as aesthetics goes, the graphics are serviceable. They aren’t the most fantastic, but this isn’t a kind of game that really needs a huge visual wow factor. They’re a definite step above the previous game, though. The sound effects are solid, and weapons sound appropriately deadly. Voice work is a bit on the boring side, but it’s not so bad as to really take away from the experience. It just doesn’t add anything. The story is incredibly generic, just a search for a super-weapon to destroy the alien menace. One pleasant surprise was that when played in windowed mode, the game allows you to stretch the window in any way you desire, and the UI will adjust itself appropriately.

Anomaly 2 is a solid game, and in spite of a few minor spots that could have used a little more polish, it’s a fantastic experience. The gameplay is still a breath of fresh air, and the multiplayer adds considerable value to the package. There’s a lot to love in this game, and if you enjoy tower defense or real-time strategy, it’s a guaranteed hit. 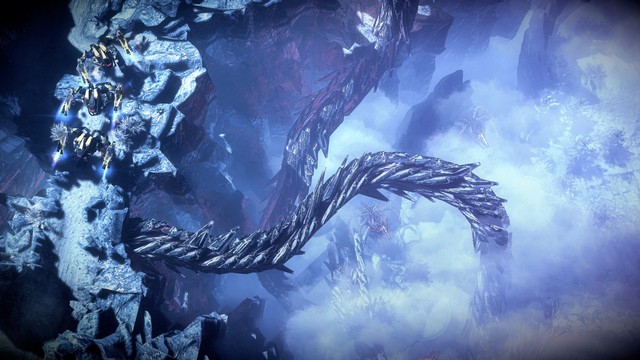 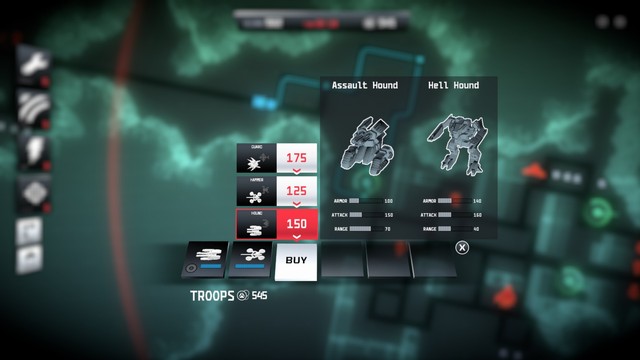 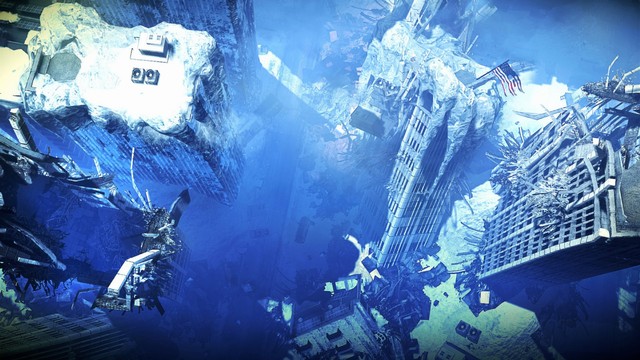 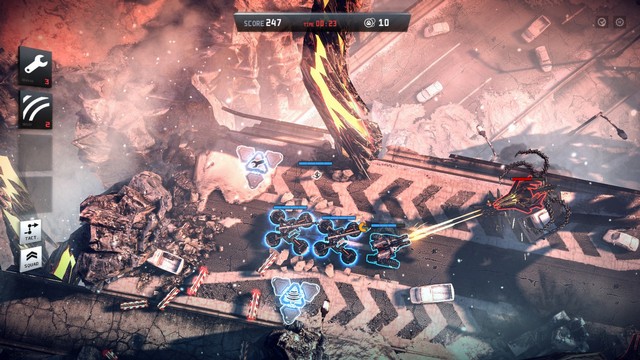 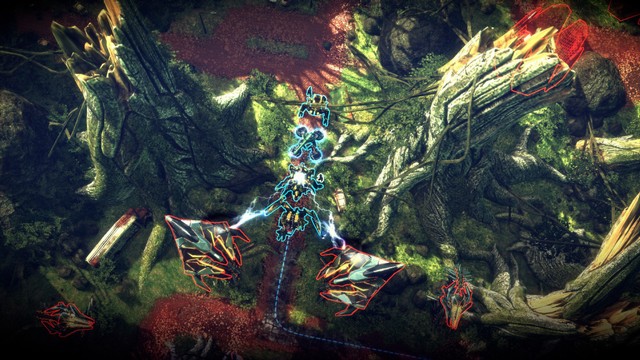 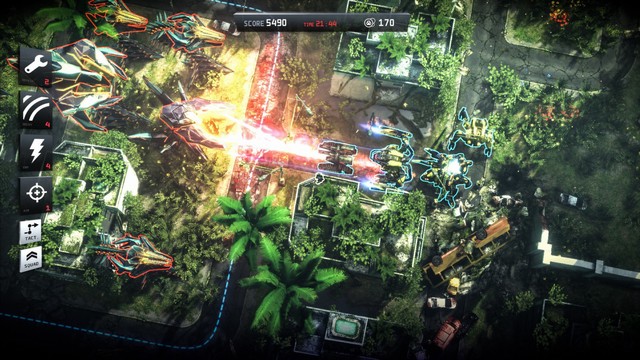 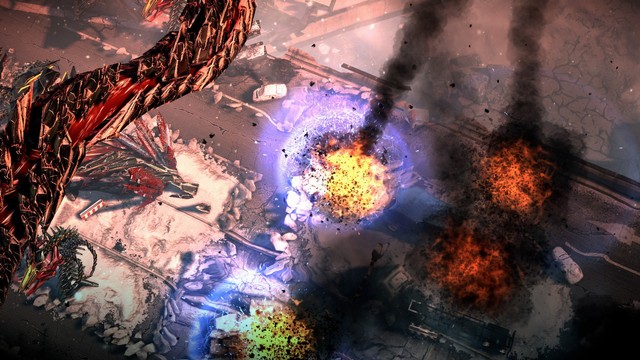 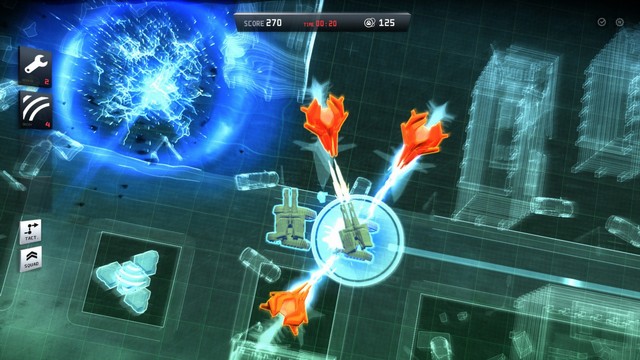 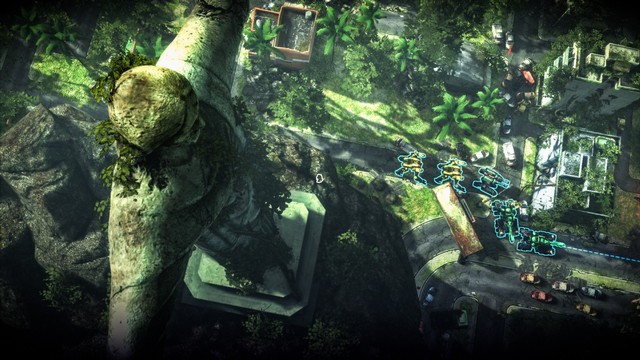 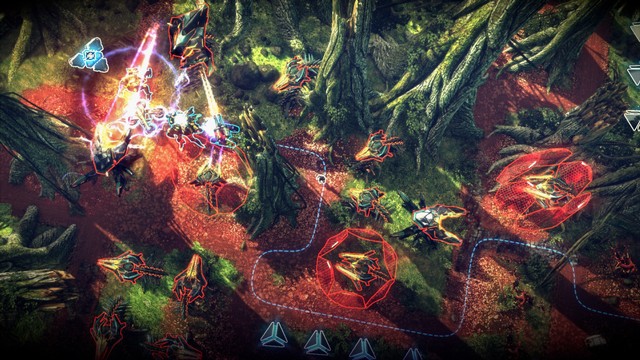