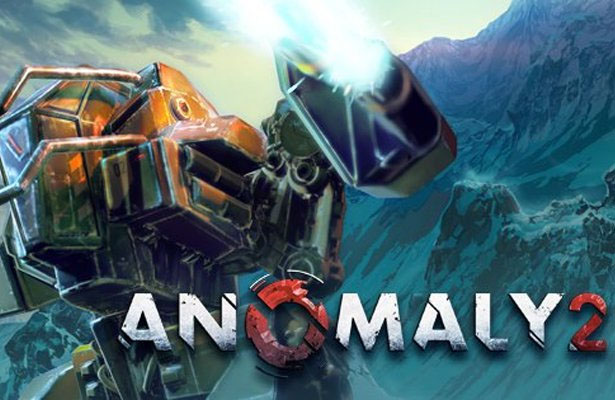 Long missions not specifically designed for mobile gaming, so there aren't as many "exit" points, huge battery and CPU hog will heat up your device

Anomaly 2 is an impressive strategy game and visually remarkable achievement for mobile gaming that offers a unique twist to the tower defense genre.

Anomaly 2 has marched its way onto mobile platforms and I’ve spent the last several days immersed in one of the most gorgeous tower offense games of the year.  I played the PC version earlier this year and was truly surprised at just how authentic this mobile version is.  Nothing was sacrificed in porting the full PC game over right down to the incredibly detailed graphics that will crush the life from your iPad’s battery.   In addition to the battery demands, this will wring every last CPU cycle from your device so only attempt to play this on the latest generation of hardware.   My third-gen iPad was able to play the game just fine even if the opening level cinematics stuttered frequently when the camera panned across the detailed terrain.

Fans of the previous Anomaly games will know exactly what to expect as 11 Bit Studios didn’t really try to innovate on the core gameplay design.  Sure, there are new units and enemy types; all perfectly balanced to keep the game fair and suitable challenging, especially in the daunting final chapters.   And much like the previous games, there is ample replay incentive thanks to three awards for various styles of play and efficiency for each chapter, so while it is possible to get the gold for wiping out all the enemies on the map, by doing so you will certainly not get the award for completing the level in record time.

The opening cutscene is a spectacle right out of a AAA console game, and the story that follows is surprisingly quite engaging as you continue your epic battle to fend off the alien invasion by traveling around the world and maneuvering your convoy of units through hostile territory.  There is a great deal of strategy involved in not only assembling your convoy, but also in plotting the ideal path through each level; one that can either attack or avoid enemies and snatch up any Carusarum (upgrade currency) scattered about. 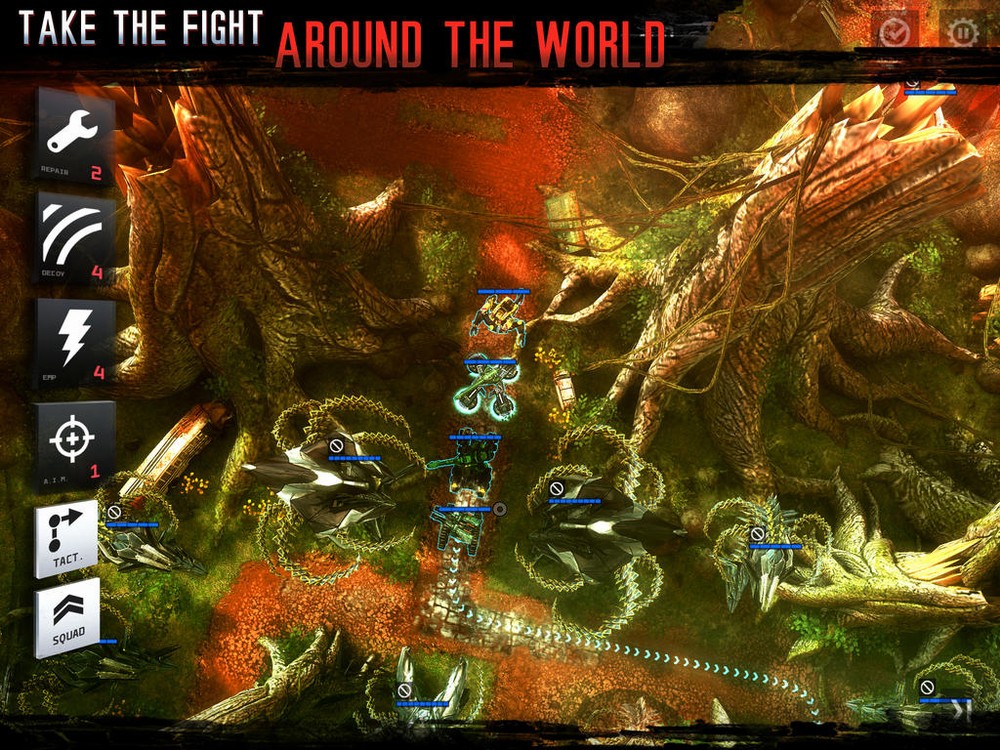 The big new feature in Anomaly 2 that adds even more strategy is that units now have two forms you can toggle by double-tapping the unit.  Each form has very specific pros and cons for very specific situations and enemy types.   This makes for a much more hands-on gaming experience since you must now reconfigure your convoy on the fly while simultaneous watching their route and collecting all the power-ups left behind in the enemy rubble.

One thing I did notice is that Anomaly 2 no longer feels like a mobile game.  In previous titles that were specifically tailored for portable gaming, the missions were shorter and the gameplay faster.  Being a direct PC port there are no time considerations implemented, so some missions can take upwards of 20-30 minutes, and even though there is a fast-forward button, it’s not that fast and you must keep it pressed to advance the pace.  One could argue that this takes a bit of the “mobility” mentality out of the game, but missions are easily suspended and resumed when you (or your iPad) need a break.  Anomaly 2 is a universal app, but by design the iPhone’s smaller screen proves problematic when trying to accurately tap on icons, units, and power-ups in the more frantic moments of gameplay.

Anomaly 2 is an impressive strategy game and visually remarkable achievement for mobile gaming that offers a unique twist to the tower defense genre.  There is a solid 6-8 hour campaign mode and an entertaining multiplayer mode that has one player placing the enemy towers while the other tries to break through them.   You’ll need some fairly recent hardware and a fully charged battery for maximum enjoyment of the game, and even though Anomaly 2 may just be more of the same…when the game is as good as this who can argue that more isn’t better. 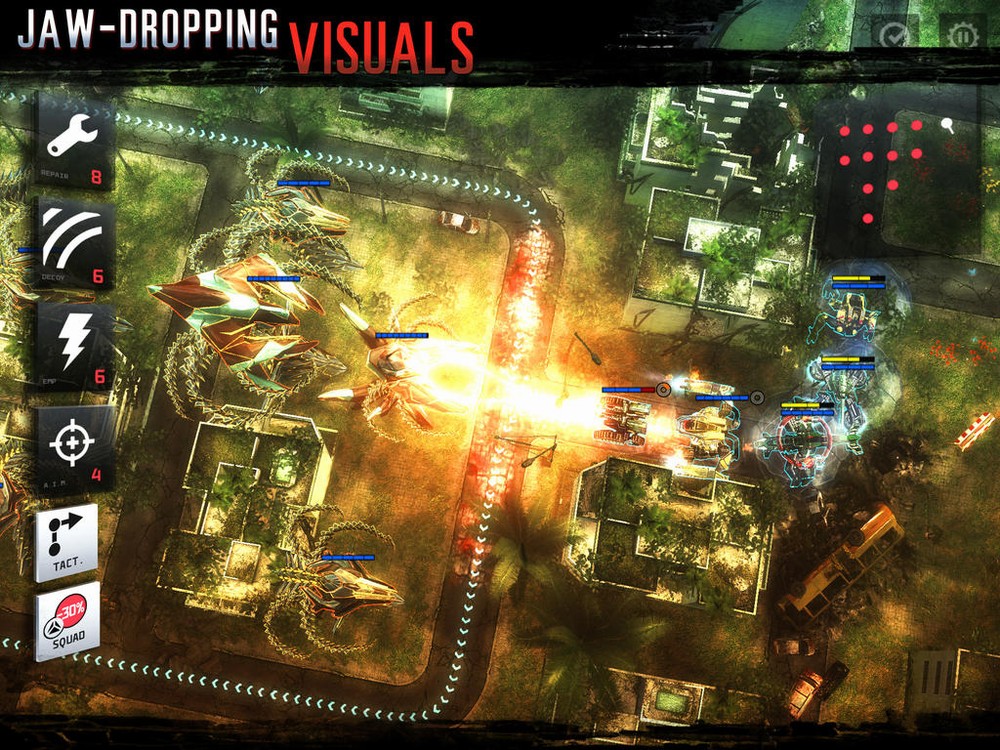 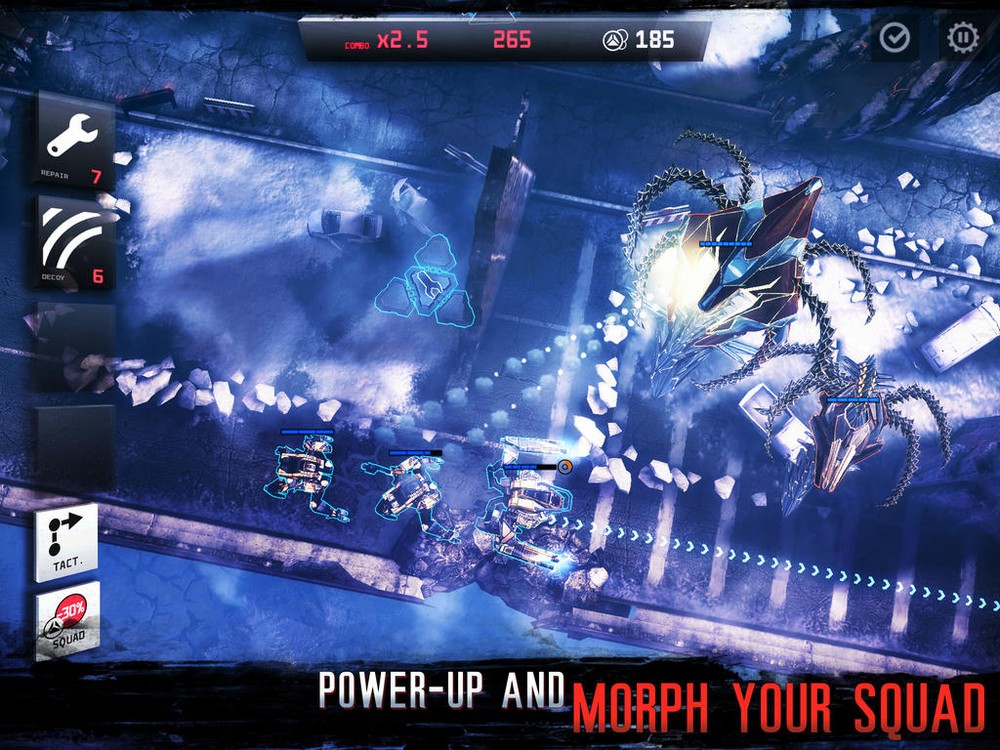 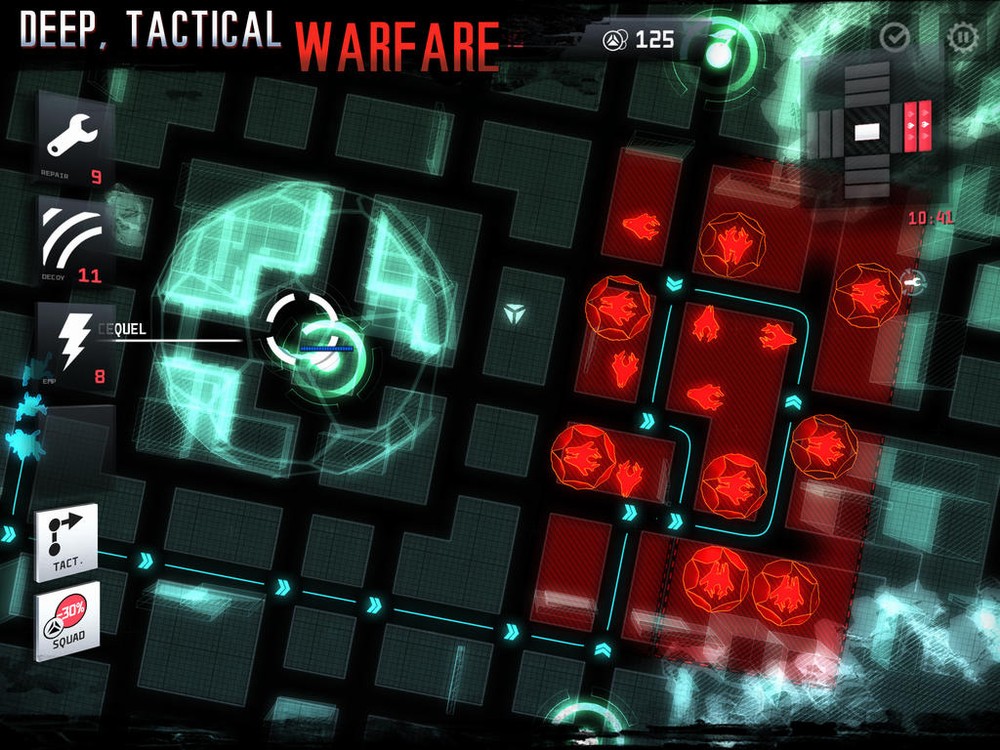 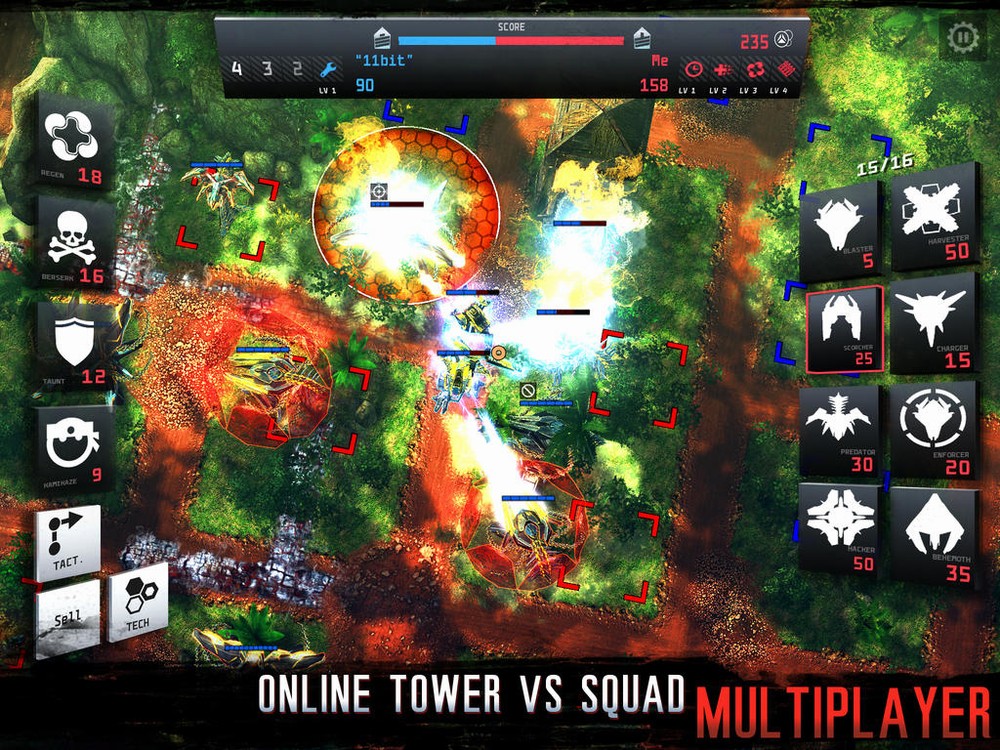