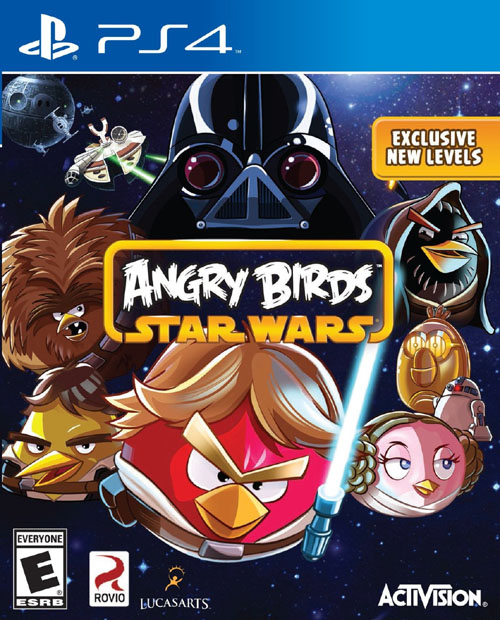 Angry Birds: Star Wars has been around for a while now on mobile platforms, and I was surprised when this .99 cent physics-based slingshot shooter was announced as a $50 launch title for the new PlayStation 4.  Even factoring in the most expensive in-app purchase, the most you would ever play to play this on iTunes would be $20.  Perhaps they were including both the original and the newly released sequel, another .99 cent game.  Nope. Angry Birds: Star Wars II has in-app purchases that go all the way to $100, but let me tell you that if you are spending $100 on Angry Birds you need some financial counseling.  Honestly, if you spend $50 on Angry Birds you might want to look into some charitable donations…and no, Rovio is not a charity.

I’ve played and finished Angry Birds: Star Wars on both the iPhone and iPad back when they were new.  Coming back to the game after more than a year brought back instant memories and considerable frustration at just how little control you have when playing this game.   By design, levels can be won in less than ten seconds but it can take you upwards of 20-30 minutes of attempts on some of the more challenging boards to get those precious three gold stars.

Angry Birds: Star Wars infuses the puzzle game with locations and characters from the movie, so pigs are now storm troopers and you’ll be launching various characters like Luke Skywalker and Ben Kenobi at the poorly constructed Imperial forts designed from wood and glass.  Han Solo might even swoop in with the Falcon for the assist. Depending on the character (bird) being launched you may have additional powers such as a Force push or a lightsaber slash, but toppling the tower and crushing the storm piggies is your ultimate unchanging goal. 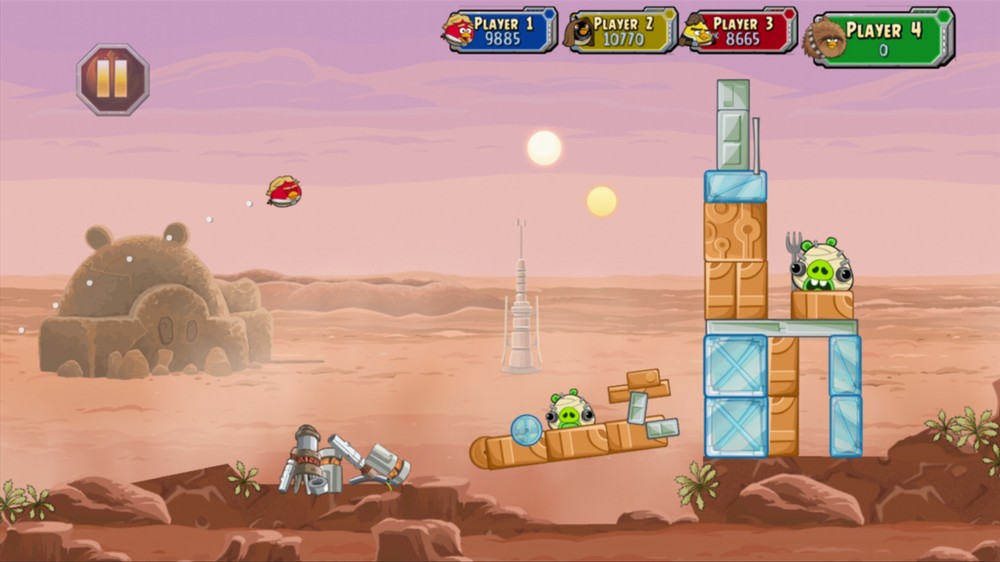 The PlayStation 4 version of Angry Birds: Star Wars holds up nicely when stretched to 10x its mobile size, but playing the game on a 60” plasma didn’t immerse me in the game as much as it embarrassed me for playing it on a system that is capable of so much more.   The game makes use of the touchpad on the DualShock 4 to fire the slingshot, but it is twitchy and glitchy and you’re better off  sticking with the analog stick.   You can zoom in and out and pan around the 200+ levels that include 20 exclusive boards designed just for the PS4.  There are also two new multiplayer modes that offer a turn-based competition mode for up to four people and a two-player co-op mode.   For those who need to hide their shame and not get caught playing this on the big screen, Remote Play is supported and you can Wi-Fi this over to your PS Vita for a more traditional small-screen experience.  These PS4-exclusive features are a nice touch but in reality they only boost the value of the game to maybe $10.

Don’t get me wrong; Angry Birds: Star Wars is a mildly amusing pastime but it is certainly not worth the physical retail packaging it is being offered on in stores nor is it worth the effort to get off the couch to insert a disc (maybe you can slingshot it into your PS4), so if you must play a game that was designed for a 4” screen on a 50” screen at least buy your copy from the PS Store and pray that it goes on some sort of sale.  You’d be far better off buying a year of PlayStation Plus with that same money and getting all sorts of FREE games over the next twelve months.

Admittedly, there aren’t a lot of games out for the PS4 at launch, which makes it only that much more reprehensible that Activision is capitalizing on the situation.  Unknowing parents will be dropping this $50 lump of coal in their kids stockings in a few weeks – let’s just hope they save their receipts and don’t break the shrink-wrap seal. 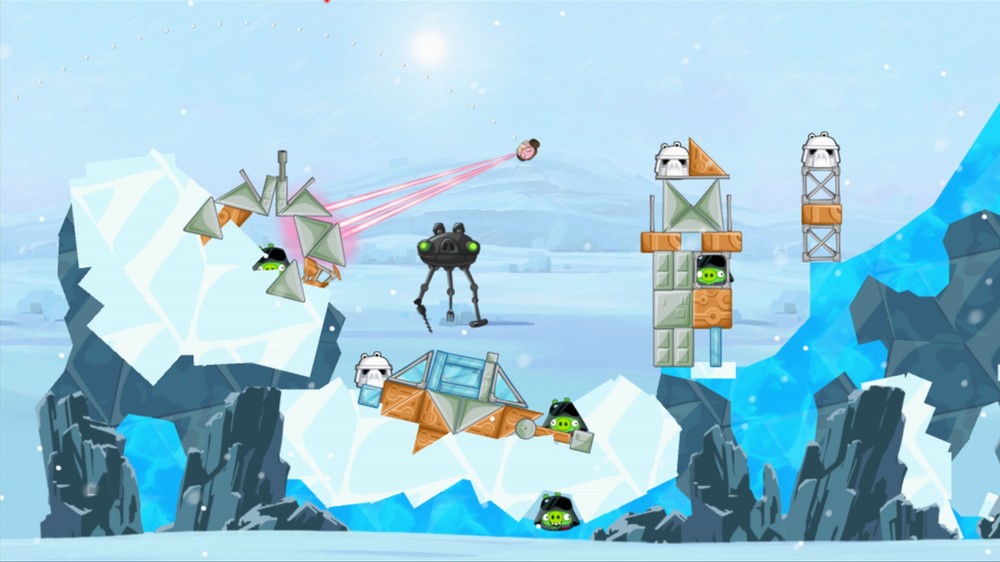 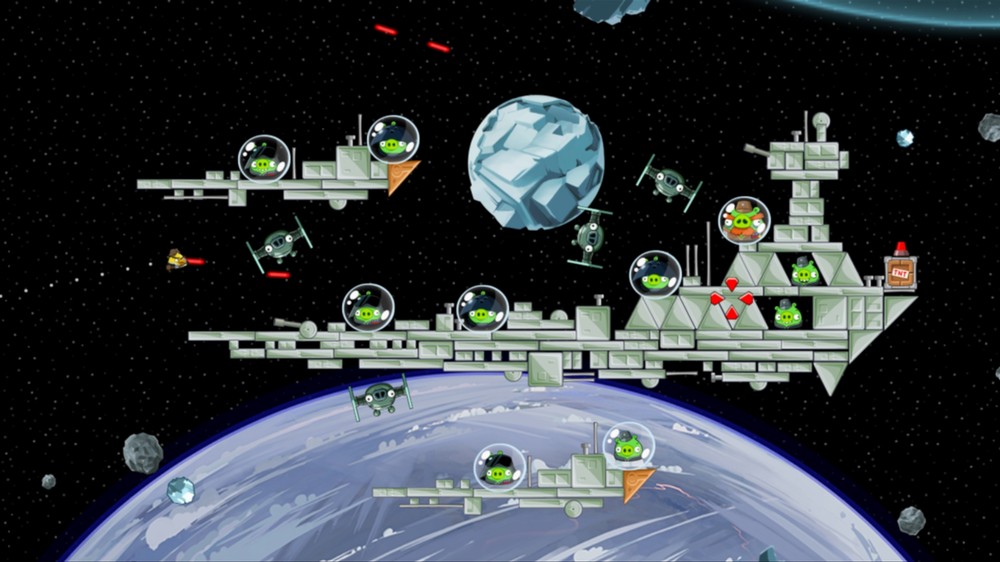 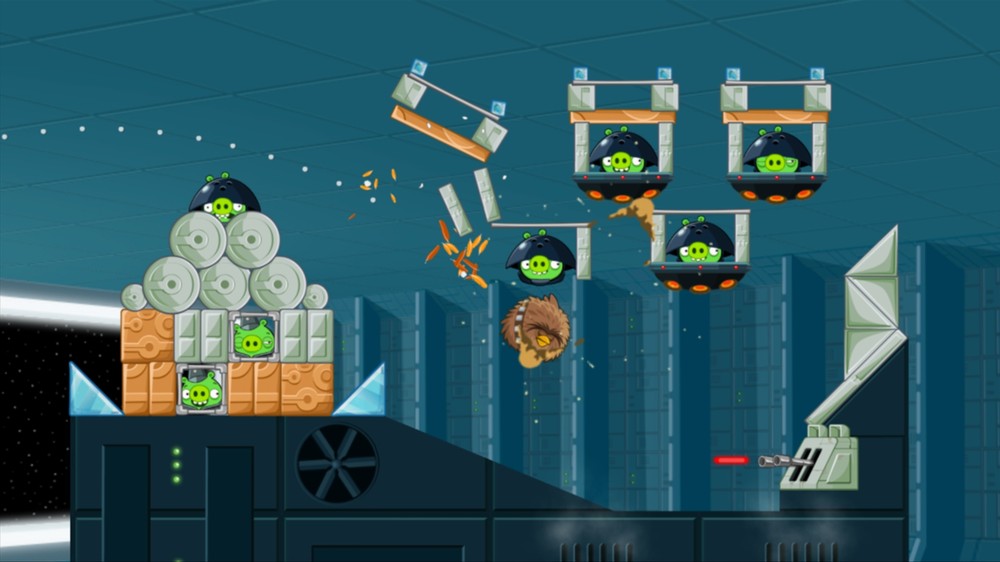 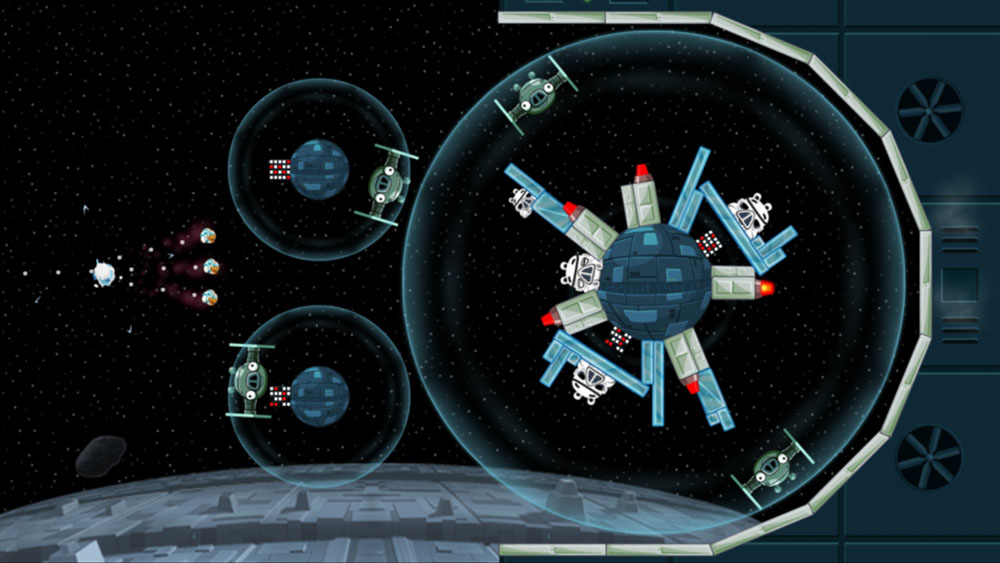 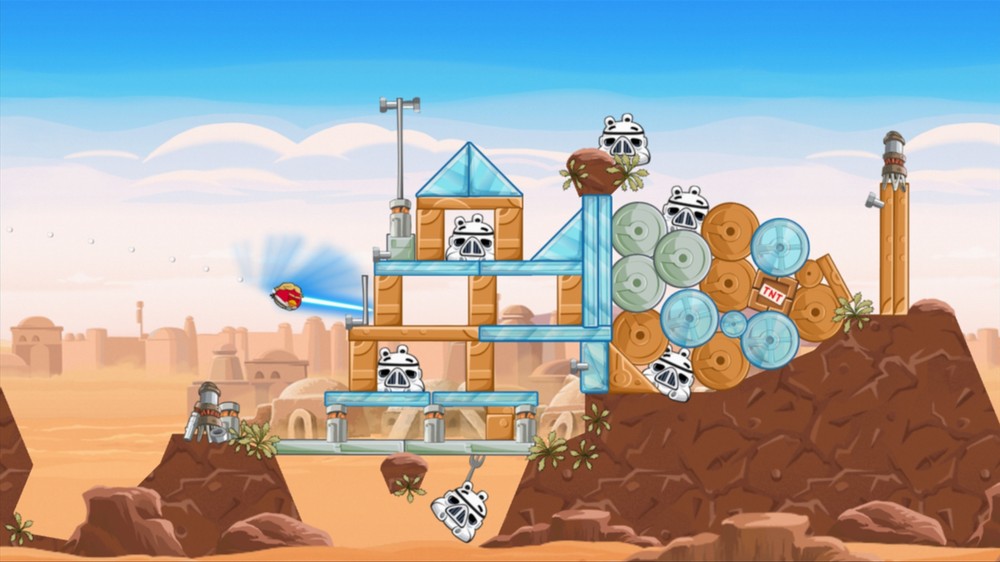 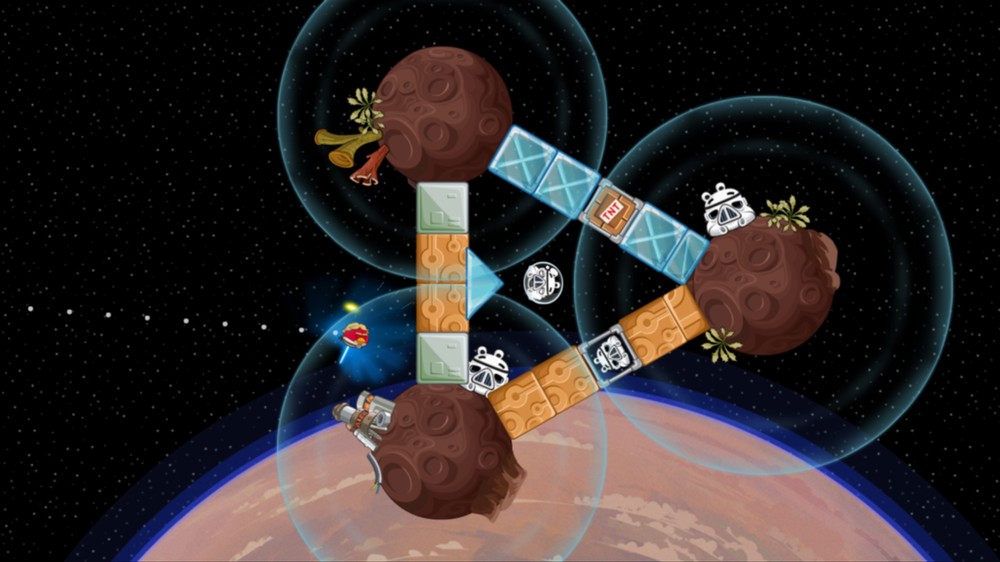 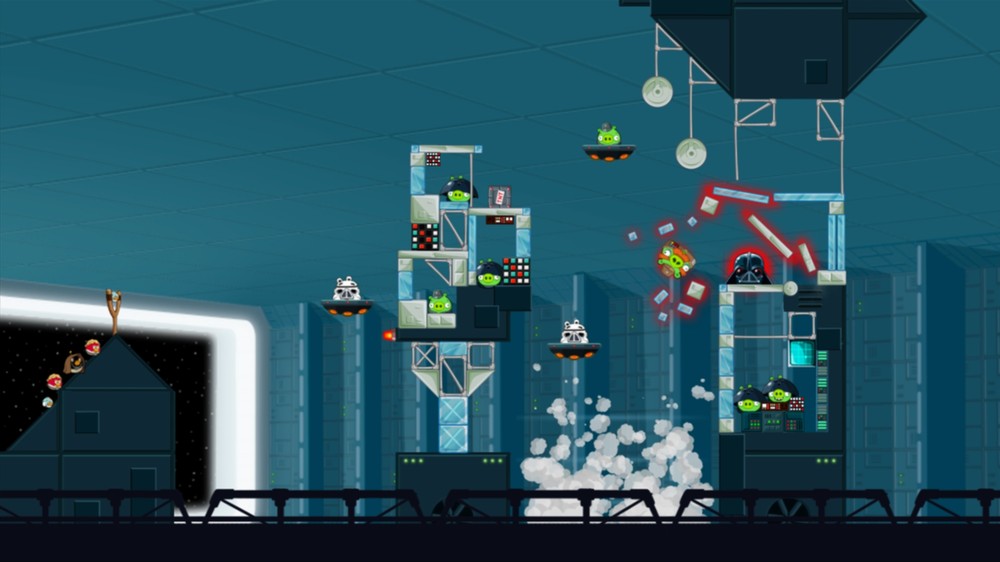 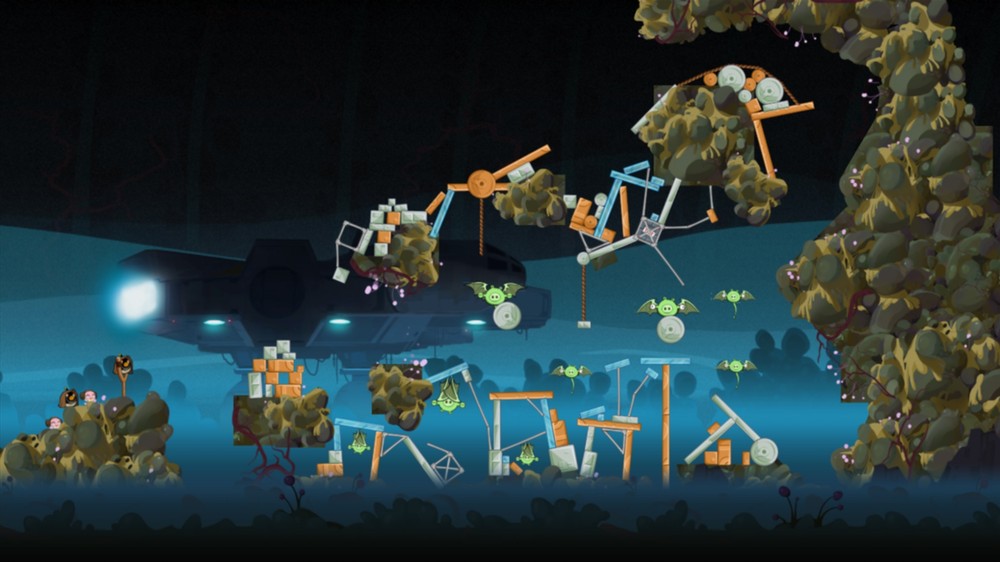 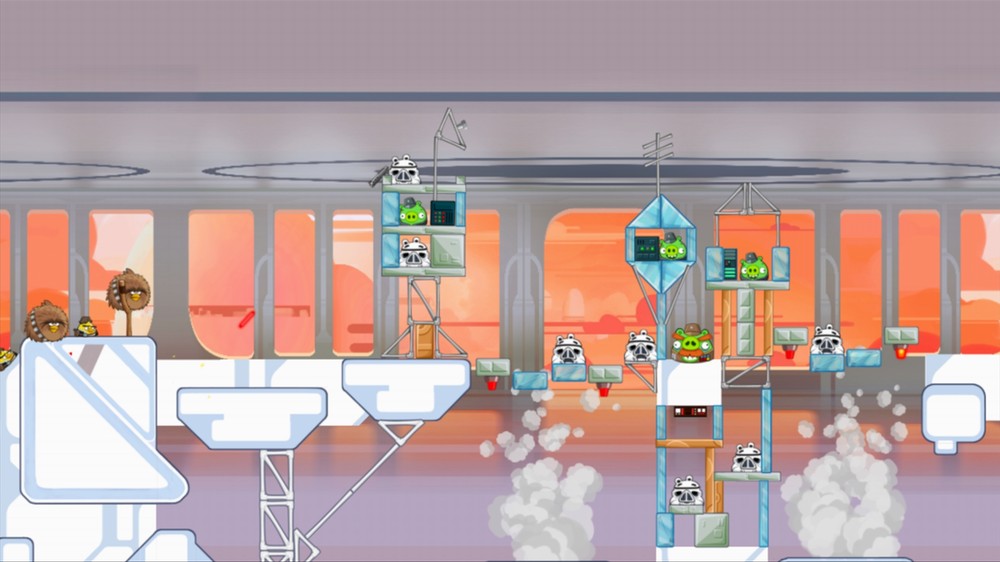