Among the Sleep Review – PC/Steam

More of an experience than a game. What few puzzles exist are easy enough for a 2yr old to solve, 2-3 hour playtime is dangerously short for the price.

One of the most gripping interactive adventures I've experienced this year.

Among the Sleep is not only one of the most inspired indie games I’ve played on the PC this year, it singlehandedly had me considering an Oculus Rift dev kit; partly because it was an actual option in the settings, even though we are  a year or more before we expect to see the VR headset commercially available, and partly because a VR option is the only way I can immerse myself even deeper into this incredible experience.

Thankfully, VR is not required to enjoy the amazing creation Krillbite Studio has delivered thanks to a lot of private funding and a successful Kickstarter campaign.   Among the Sleep is a surprisingly fresh and original concept that puts you in the PJ’s of a toddler celebrating his 2nd birthday.  We get fed some yummy cake and get a mystery present delivered to the door before getting carried up to our massive bedroom by our affectionate mother.   Once on our own it only takes a few minutes to learn the controls whether you are playing with mouse and keyboard or a gamepad.  Both work equally well. 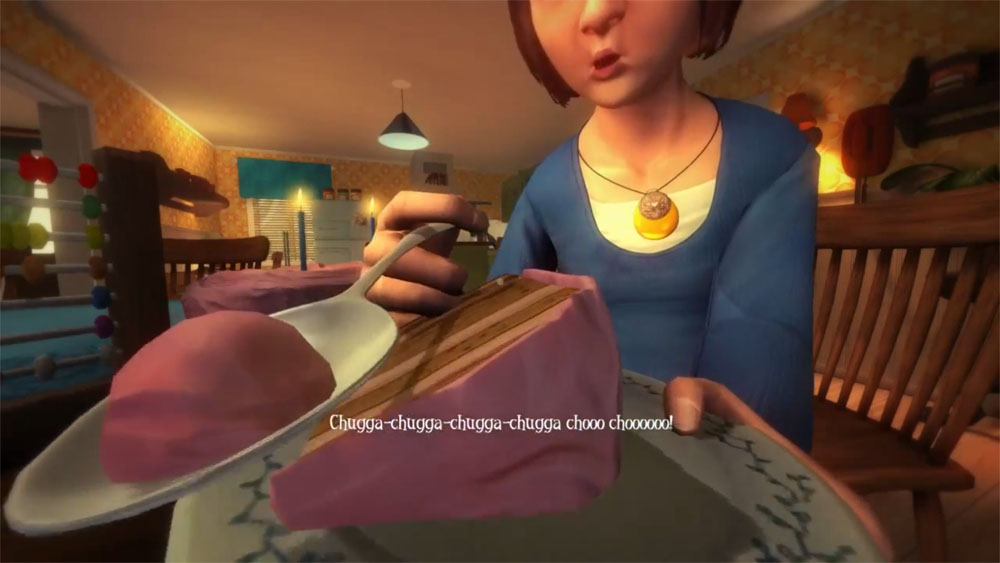 It doesn’t take long to scramble out of our fenced-in play area, and now we start to realize the challenge of being two.  Your camera perspective is realistically low to the ground, especially when crawling, and your walking animation is as wobbly as a toddler taking his first steps, and if you try to run you can only go a short distance before stumbling to the ground.  In fact, crawling turns out to be your fastest mode of locomotion.  Other challenges soon arise such as not being able to reach objects high up like that present mom put on the top of the dresser, but your curiosity fuels your problem-solving skills and you figure out how to turn dresser drawers into steps.

Surprise!  The box is open and empty by the time you get there.  After a bit of searching (follow the eerie laughter) you’ll find Teddy, a small stuffed bear who is going to be your new best friend for the next 2-3 hours.  Teddy is as curious as a newborn and you get some valued playtime with him before mom returns to put you to bed.  During the night through sleepy eyes you witness Teddy being removed from your crib by an unseen hand and then suddenly, your crib is violently overturned and you are free…free to explore a dark and creepy house, and why not throw a scary thunderstorm into the mix.

After some searching you are reunited with Teddy who hints that your mother may be in trouble and you set off to find her.  Mysterious noises lead you downstairs where you find her empty bed and signs of some sort of disturbance.  A mysterious door leads you to a basement area where time seems to stand still and a strange metal pipe is ready to transport you to a nightmarish Wonderland that would put Alice in therapy. 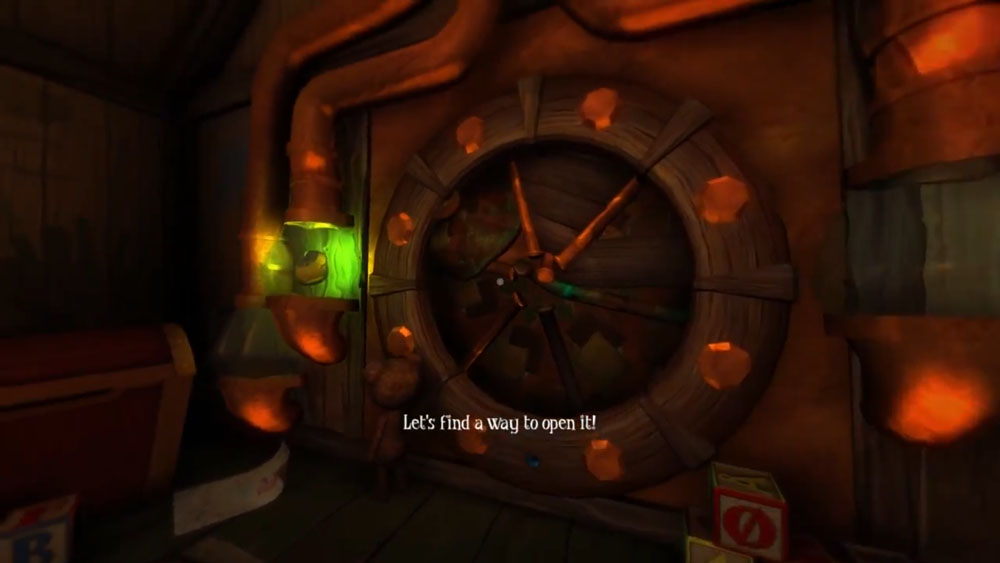 It was never quite clear how much of this game was taking place in my mind or if I was actually being transported to some strange land.   A charming playhouse with a vault-like door serves as your hub to three uniquely themed environments that blend storybook elements with subtle nods to objects from your reality.  Symbols like those on your closet door serve as key puzzle devices within this dream world, and when elements of split parents, alcohol and child abuse start to surface in this fantasy land, the game hits you with an emotional hammer I wasn’t prepared for.

Among the Sleep is more of an exploratory experience; something along the lines of Gone Home, only much more thrilling and with more of a driving urgency to escape the hell you have become trapped in.  There is no combat and what few puzzles do exist merely require you to find objects and use them in certain locations.  You have an inventory but never carry more than two items. 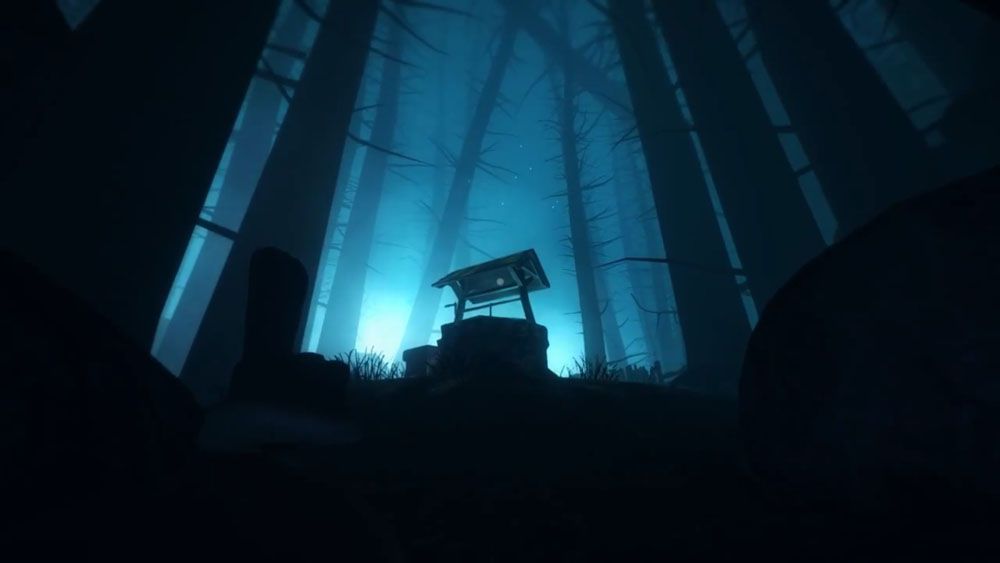 So while your brain won’t be tested, your fear level will be thanks to some chilling graphics and the most sinister and downright evil sound design of recent memory.  The game starts off deceptively cheerful with sunlit rooms and colorful toys, and then turns to the dark side when Teddy has you explore an internally spacious closet.  Once you reach the “other realm” the graphics continue to juxtapose charm and color with dark and shadows, creepy mansions, misty swamps and fog-filled forests, and even some crazy mash-up redesign of your own house with all sorts of doors and secret passages.   There are countless drawings and wall etchings that subtly convey backstory and hint at what may beyond.  Some even provide useful strategy like hiding under a table to avoid a patrolling monster.

The voice work is minimal.   Mom sounds convincing and Teddy is charming and creepy at the same time.  He looks cute and cuddly like the fabric softener bear, but I was waiting for him to produce a knife and tell me to kill my mom when I first met him.  The music is incredible and there is this recurring theme that you will hear your mom hum as you explore the levels.  Environmental sounds are convincingly real from dripping water to creaking floorboards and squeaky door hinges.  You’ll often hear your own thumping heartbeat during and after moments of intense stress, usually centered around the random appearance of a monster that looks part human and part tree in the forest then turns into a cloaked grim reaper figure near the end. 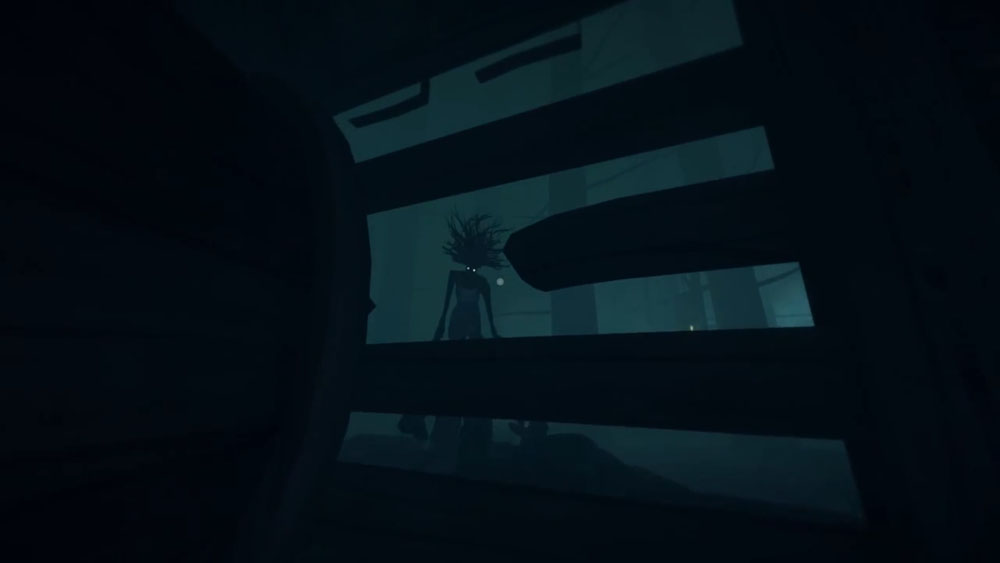 $20 is admittedly a bit steep for a 2-3 hour game and there are only four achievements that can all be earned on a single pass.  The fact that it is so short means you might be tempted to play it again or at least watch as others play it.  Gamers on a budget can probably wait for an upcoming Steam sale.

If you have been looking for something new and original and love a good scare then Among the Sleep is an incredible game that I can’t recommend highly enough.   Thanks to the realistic camera angles and wobbly animation there was never a moment in this game where I didn’t feel like a two-year old, and I must confess, there were at least two instances where I screamed like one.  Among the Sleep may be the first game where both the player and the character in the game need to be wearing diapers.

If you’d like to see the game in action we have the complete gameplay video available on our YouTube channel.  Obviously, it is full of spoilers and certainly no substitute for experiencing this amazing game for yourself. 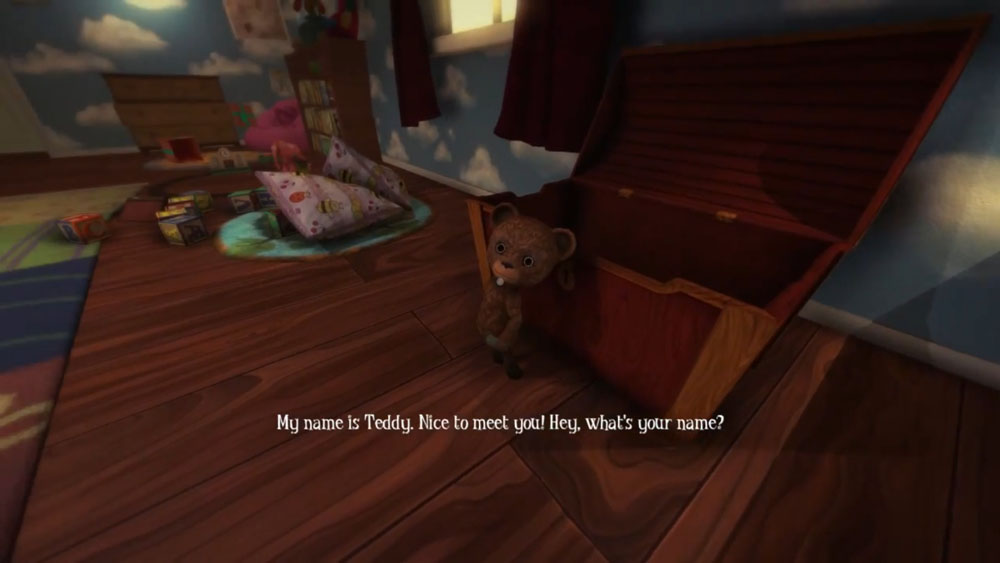 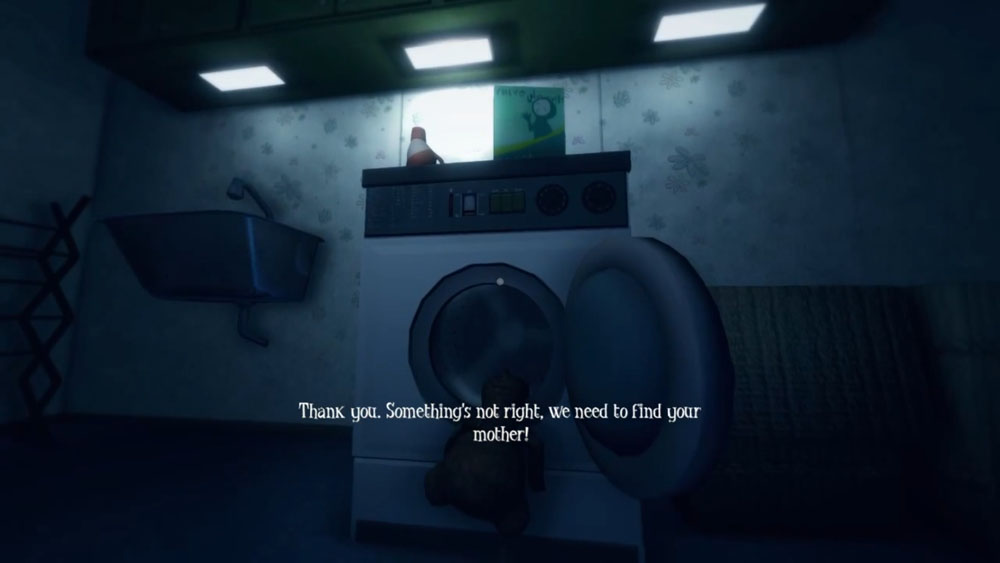 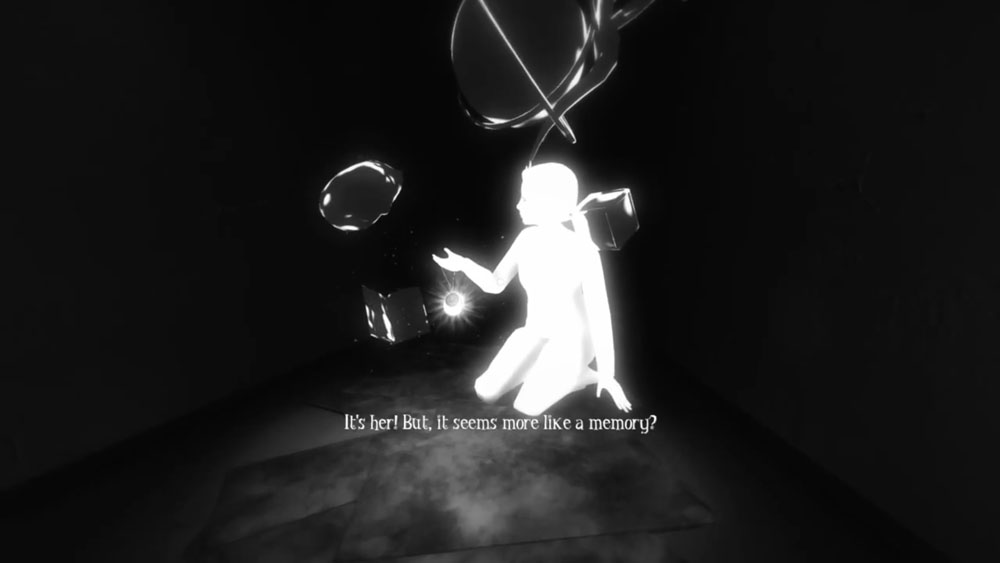 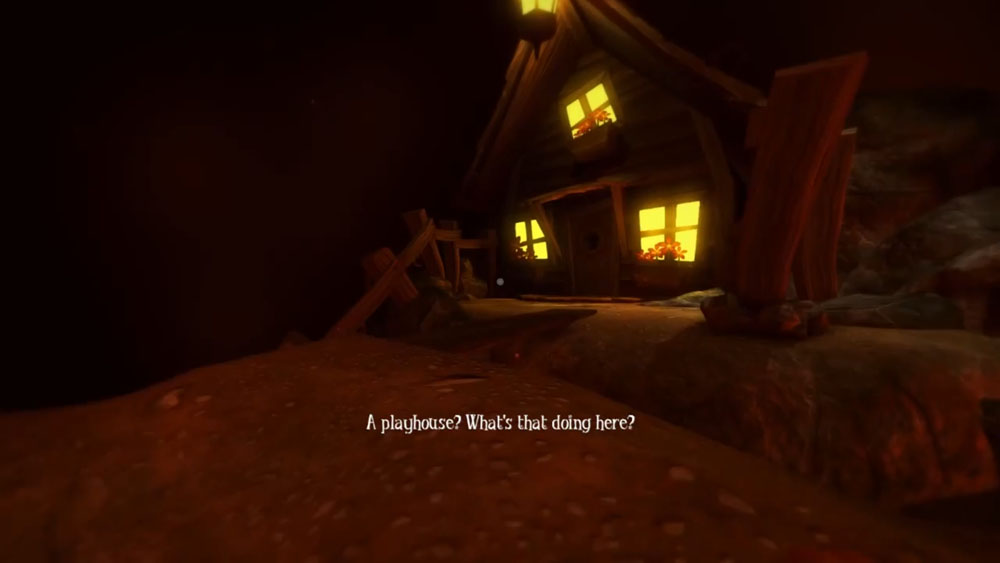 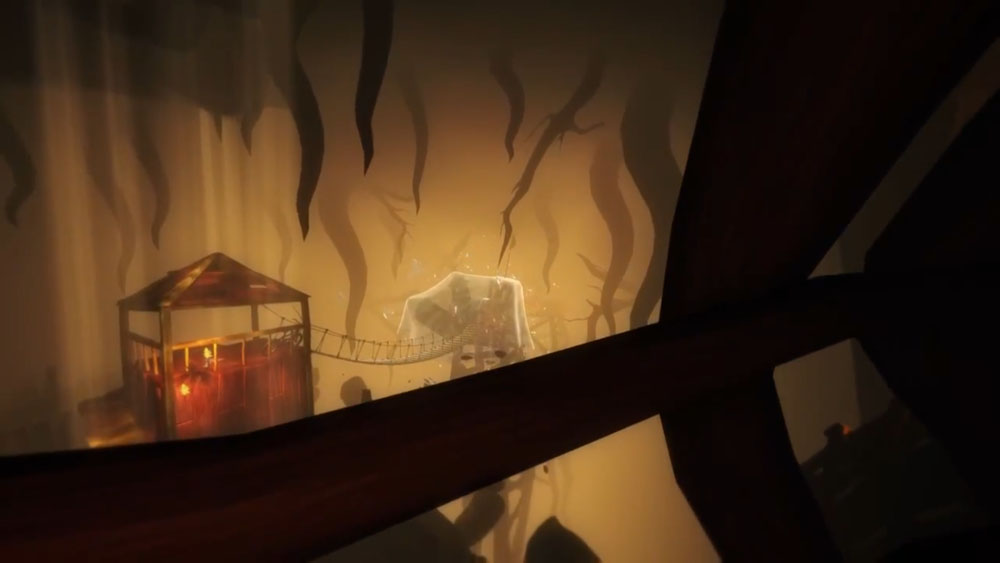 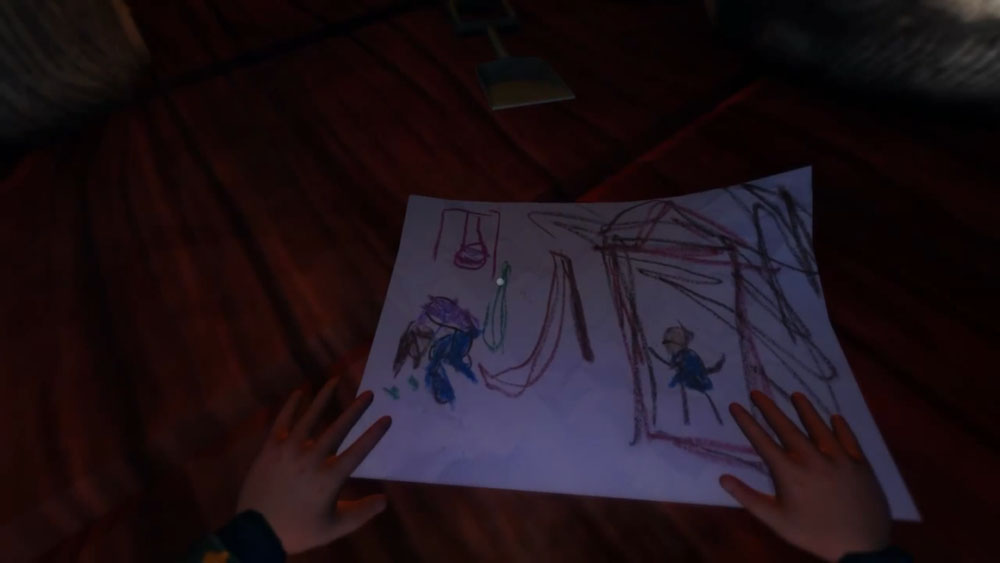 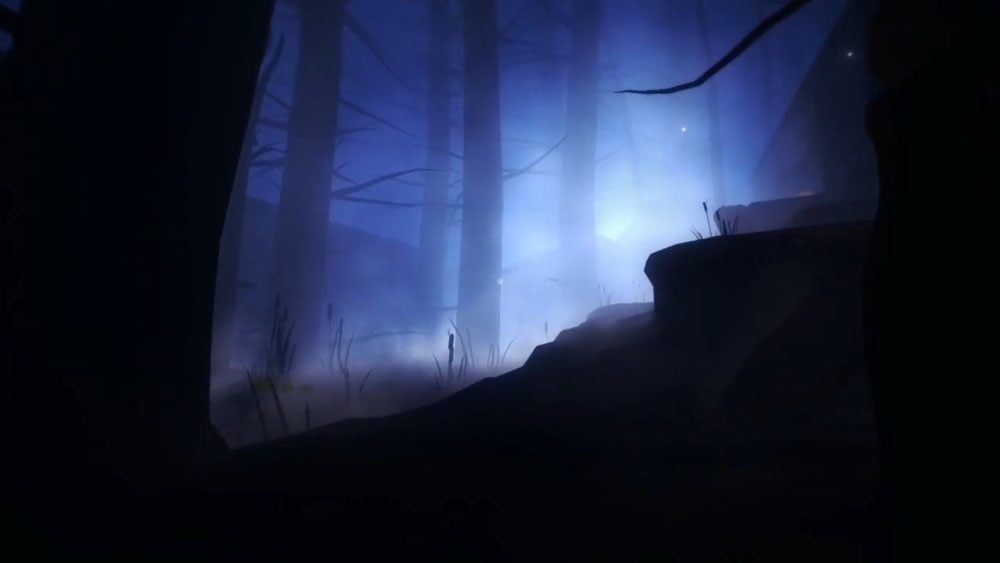 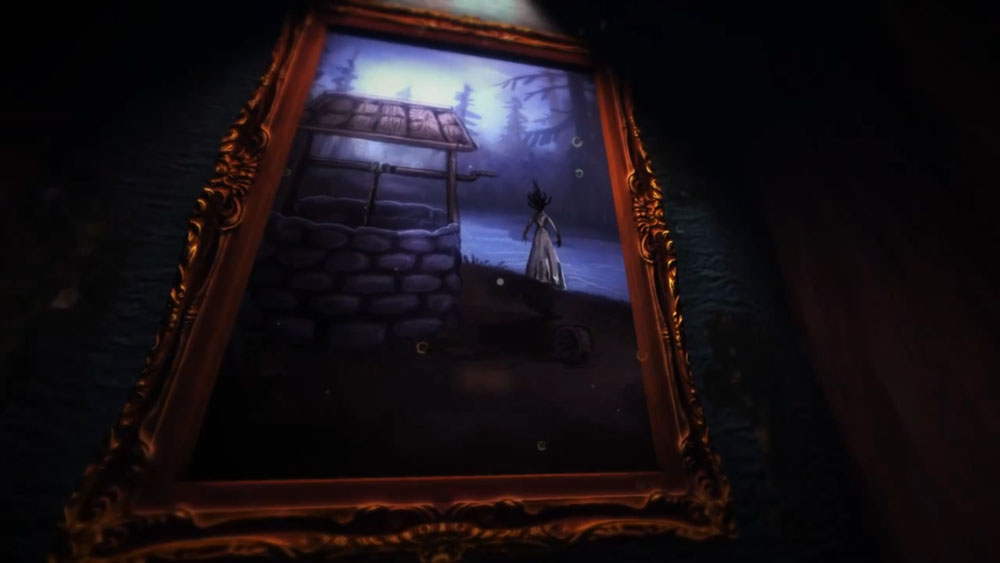 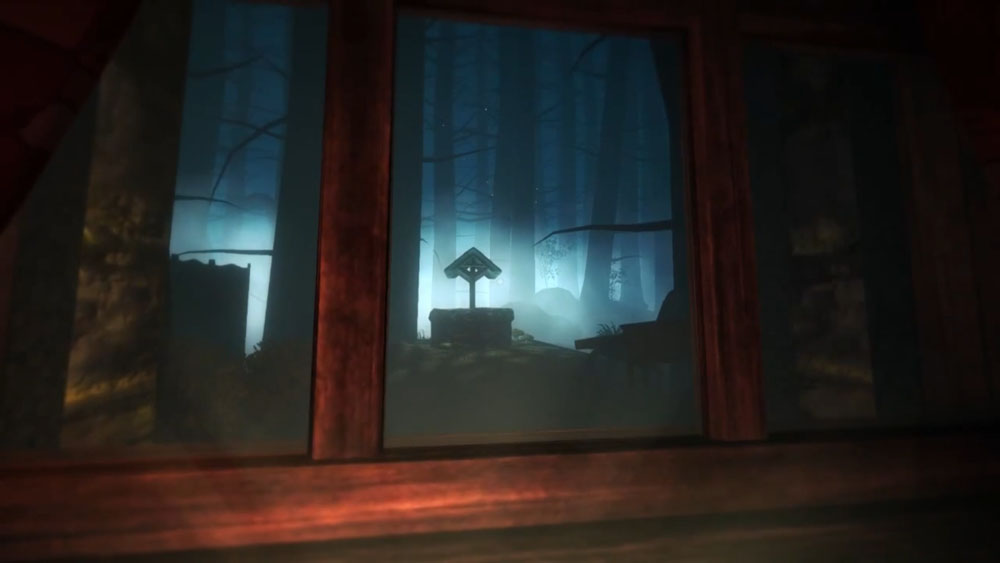 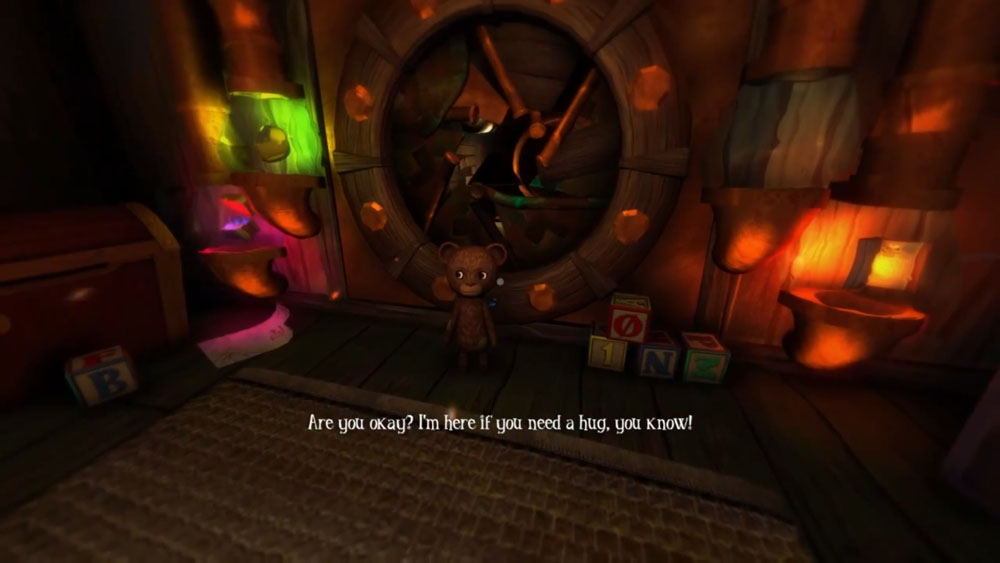 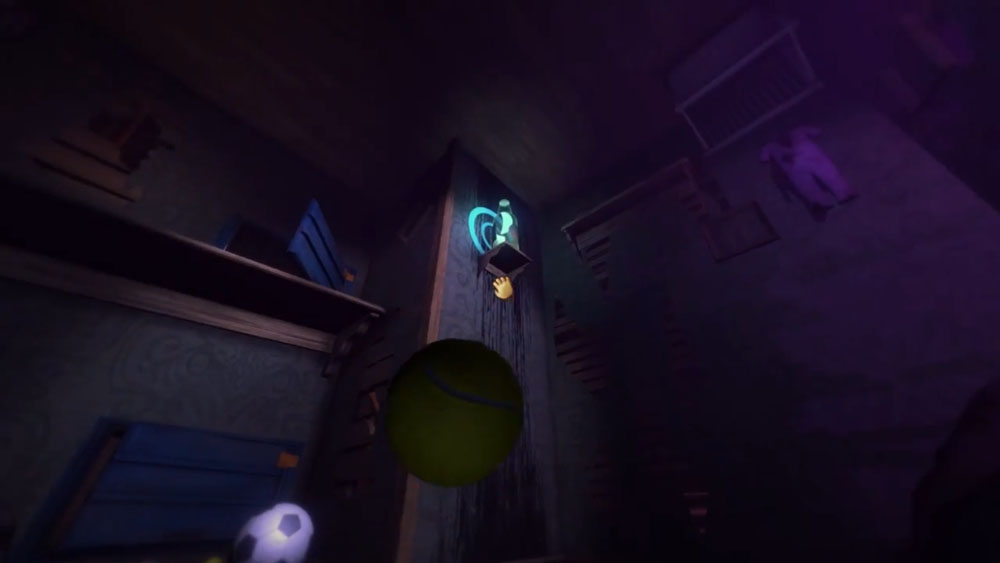 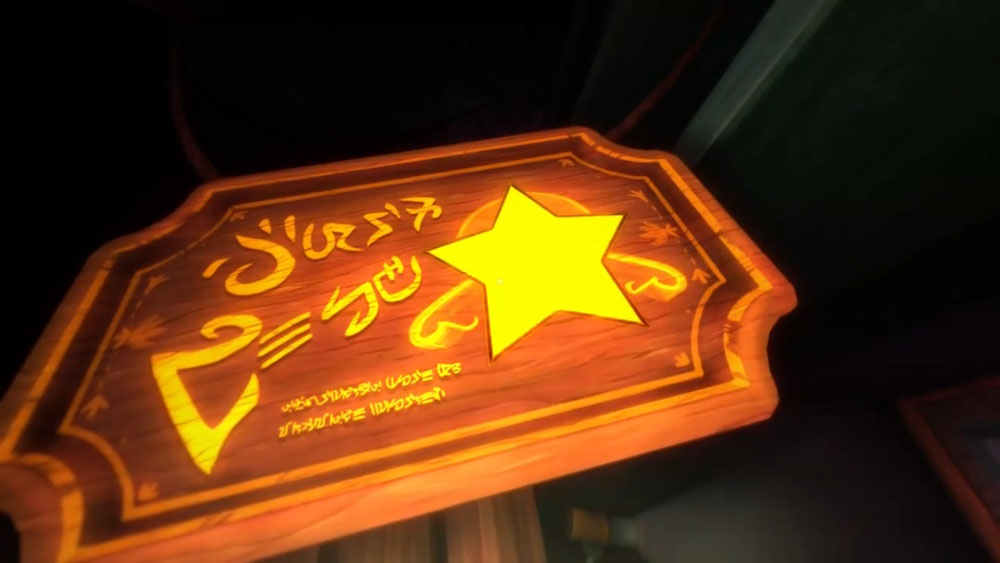 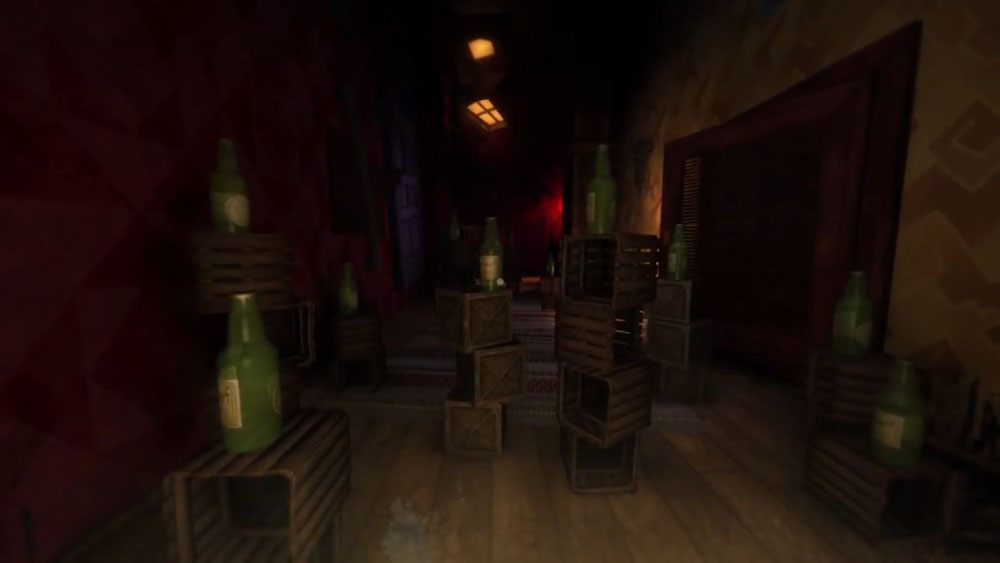 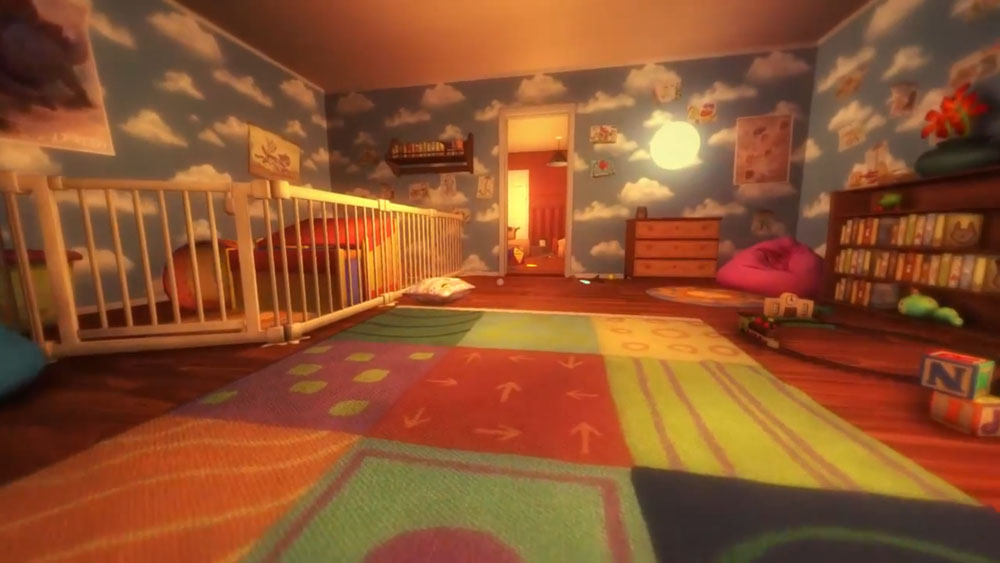 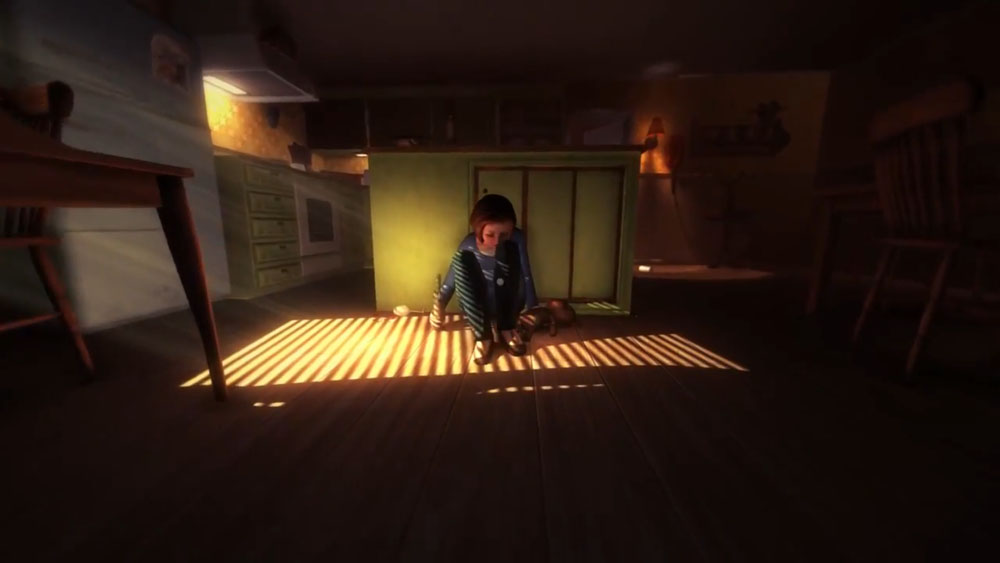