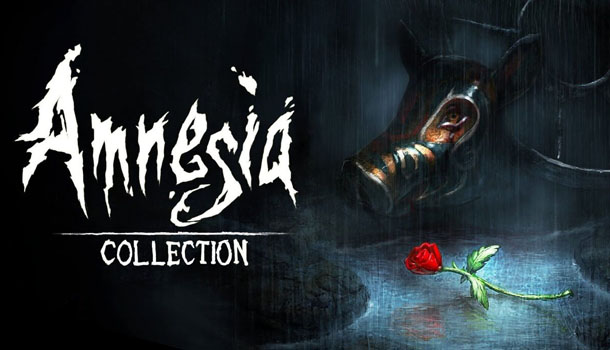 Strong narrative experiences that are more unnerving than terrifying.

Truly terrifying games are a rarity, though with the rise of independent games over the past five or so years, and the increasing popularity of Let’s Play videos, it’s becoming more common for developers to aim to spook their audiences. While the Amnesia series is a little older than titles such as Five Nights at Freddy’s, Frictional Games, who created the series, have decided that now is the perfect time to release The Amnesia Collection for PlayStation 4. Consisting of The Dark Descent, Justine, and A Machine for Pigs, this is a collection sure to whet the appetite of any horror gaming fan.

The Dark Descent and A Machine for Pigs are the two main entries in this collection, as Justine is a DLC expansion for the first Amnesia game, and only lasts about an hour. While it does present some interesting ideas, such as permadeath and some truly obscure puzzles, it feels more like an experimental afterthought than a meaningful addition to the Amnesia canon. As such, most players’ time will be spent on the other two titles, as these present a lengthier experience that allows for a stronger narrative experience.

While The Dark Descent is set in 1839, A Machine for Pigs takes place at the turn of the 20th Century, in the final days of 1899, and because of this temporal difference there is a large change in atmosphere between the two games. The Dark Descent takes place in a German castle, and feels more isolated and gothic, with a large emphasis on magic and the arcane. A Machine for Pigs, on the other hands, is more mechanical and industrial, and certainly a lot more depraved, which suits its London-based factory environments. Both games do a good job of creating a sense of place, and while neither particularly encourage you to stand still in a single location for too long, there are a number of neat little touches in each title that go a long way to making their settings believable. 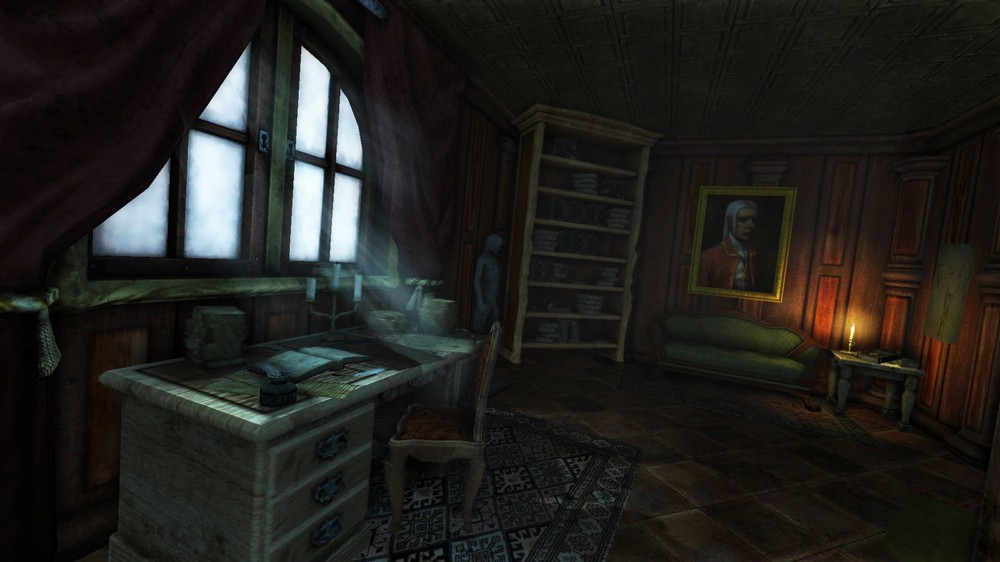 It’s interesting to note that each game seems to take a different approach in how to scare players, and this is likely down to the change in developer between each game. While Frictional Games took the reins for The Dark Descent, The Chinese Room (known for Dear Esther and Everybody’s Gone to the Rapture) developed A Machine for Pigs, and there’s a stark difference in the experience that each game presents. Both games had a couple of instances each where I actually jumped, but I felt a lot more frightened playing The Dark Descent, while A Machine for Pigs instead made me feel more uncomfortable, and seemed to go more for gross-out horror than the first game. Both games are excellent at creating a sense of dread and unwanted anticipation, but I certainly felt The Dark Descent was scarier, while the environments of A Machine for Pigs was more intriguing.

This difference in developers is also responsible for the changes in the experience that each game offers. The Dark Descent contains a number of puzzles and gameplay mechanics which don’t exist in A Machine for Pigs, which presents itself as more of a walking simulator, a genre that The Chinese Room are known for. I found that this change between games removed some of the immersion present in The Dark Descent, which included such design tricks as requiring the player to hold down a shoulder button to grab objects and the right analogue stick to manipulate them. This is used to open doors, turn cranks and move levers, and gives a sense of physicality which I found missing in A Machine for Pigs. While the second game feels more polished than The Dark Descent, it also feels a lot more like an on-rails experience, which creates a distance between player and game that lessens any impact potential frights may have. 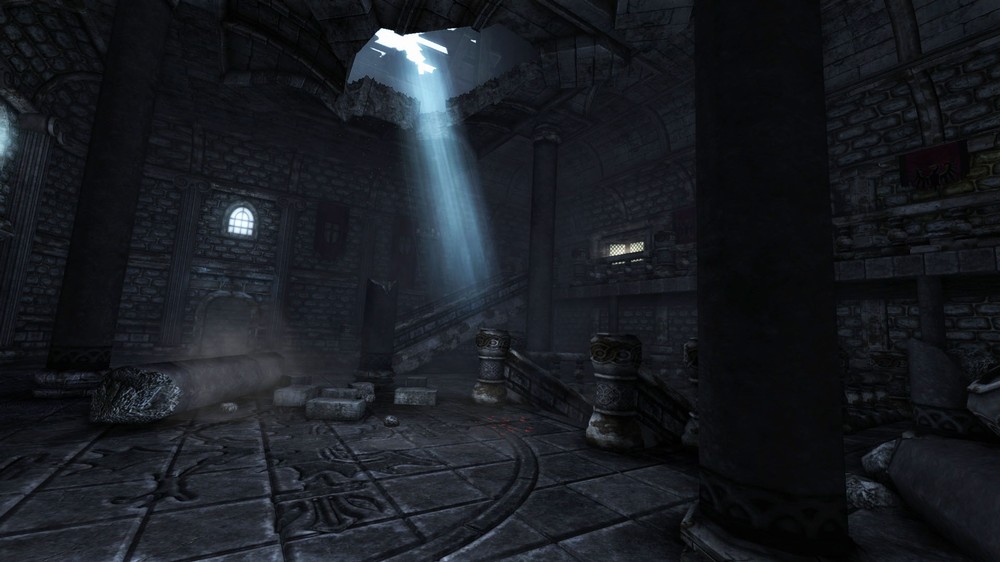 As a package, I found The Amnesia Collection to be intriguing and enjoyable, even if it isn’t quite as terrifying as it would like to have you believe. I’m not a particularly huge fan of horror movies, and I tend to jump easily at loud noises even in films that aren’t supposed to be scary. While I didn’t play any of the games with headphones and with all the lights off (which I’m pretty sure would make almost any game terrifying), I didn’t find any of the titles especially terrifying, but they do create a great sense of unease and creepiness. What’s more, these are generally well-made games with minimal bugs and control issues, which goes a long way to ensuring the sense of immersion is kept up from the beginning of the game to the end.

Instead of recommending The Amnesia Collection solely to horror fans, I instead think that this would be a good collection of games for players looking for a mysterious narrative that does a good job of keeping its cards close to its chest. If you’re put off by the horror theme, it doesn’t define the game as much as you’d think, and though there are a couple of well-executed sequences that left my heart racing, I didn’t have the typical post-horror experience of looking over my shoulder for a couple of nights afterwards or jumping at the smallest of unexpected noises. The Amnesia Collection provides console players with access to a couple of strong narrative experiences, and while this isn’t exactly a relaxing experience, it’s certainly a little less explosive than a lot of other titles available at the moment.