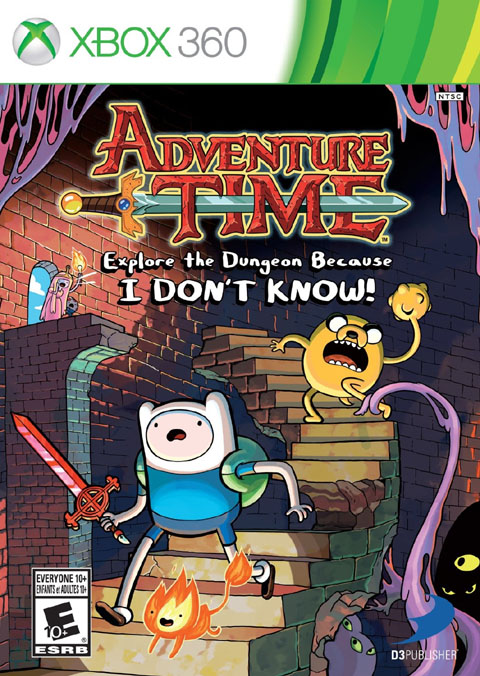 Adventure Time: Explore the Dungeon Because I DON’T KNOW! has authentic old-school charm that will surely appeal the 8-bit lovers out there, but even the Adventure Time license is not enough to keep gamers interested in this mindless 4-player dungeon crawler

In all of my years of reviewing games, I do not think that I have ever come across a ridiculously ambiguous game title as “Explore the Dungeon Because I DON’T KNOW!” that somehow within one hour of popping the disc in made perfect sense.   This Adventure Time title is that very game, because while the title may make no sense at the outset, it quickly becomes clear that really is no purpose whatsoever to the dungeon exploration this title promises.

Let’s start by saying that on paper, Adventure Time: Explore the Dungeon Because I DON’T KNOW! has all the ingredients that should make for a fantastic old-school dungeon crawler along the lines of the classic Zelda and Gauntlet titles.  With its retro 8/16-bit graphics (think: NES/Super NES-era visuals as showcased in last year’s phenomenal Scott Pilgrim vs. The World games), and gameplay that allows up to four players to hack and slash their way through 100 levels of dungeon goodness, what could go wrong?

Well, plenty so it turns out…

The game looks good, and even plays fine, per se – but a proper dungeon crawler Adventure Time is not.  I can forgive the lack of RPG elements such as character leveling and the lame loot collection mechanic, as things need to be made a bit simpler for the younger crowd.  I mean, the Lego titles use pretty much the same formula and it seems to work just fine for them – but in some odd way, the in-game play of Adventure Time: Explore the Dungeon Because I DON’T KNOW! lacks the same heart and soul that make the Lego games so endearing, rendering this Adventure Time title to a mindless exercise in dungeon wandering tedium. 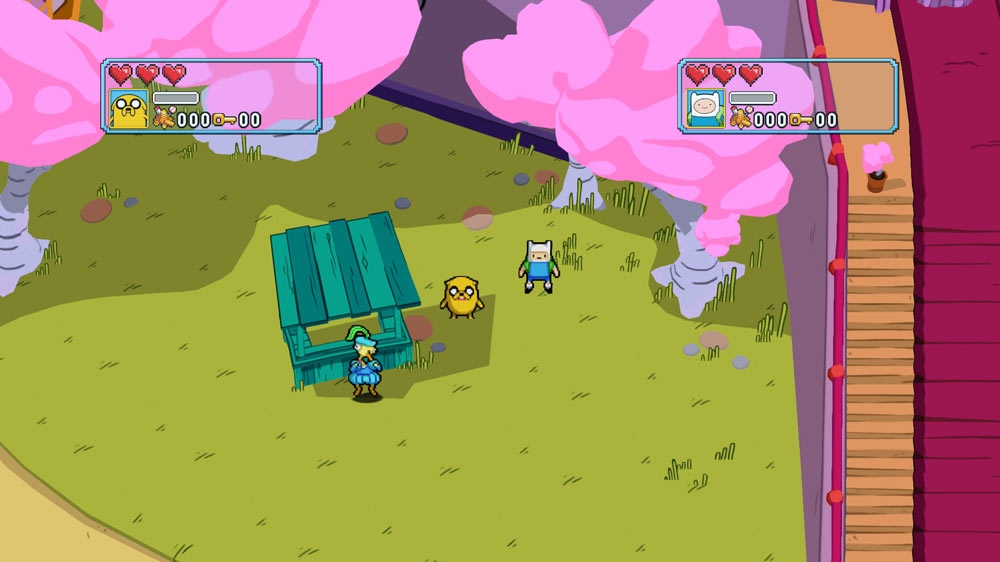 Admittedly, while I do watch a lot of television with my children, Adventure Time is not one of the shows I enjoy.  So, maybe I am a bit biased because I don’t have an attachment to the characters like a real fan would.  But my children are very familiar with the characters and even they seemed lost in the mindlessly wandering gameplay that seemed to serve little purpose other than to stand as filler between the moderately entertaining NES-esque cut scenes segments.

The story is simple – Princess Bubblegum summons Adventure Time leads Finn and Jake as well as a couple of friends, Flame Princess and Lemongrab, to help her with a problem.  Apparently, all this time, Bubblegum has been imprisoning hoards of monsters in an underground labyrinth beneath her castle.   The monsters have begun escaping, and she needs the help of Finn and company to put the monsters back in their place.

The story is told with voiceovers that appear to be from the actual actors in the show – and they are actually quite good, at least in the game’s cut scenes, that is.  The in-game dialog and effects, on the other hand, are not so impressive.  In fact, they become quite irritating after the 100th or so time the same phrase is uttered or the identical sound effect is sampled.  Maybe this is supposed to be another nod to the old school gamers in the audience, but as someone who actually lived through that era in gaming it is a nod that was really not necessary. 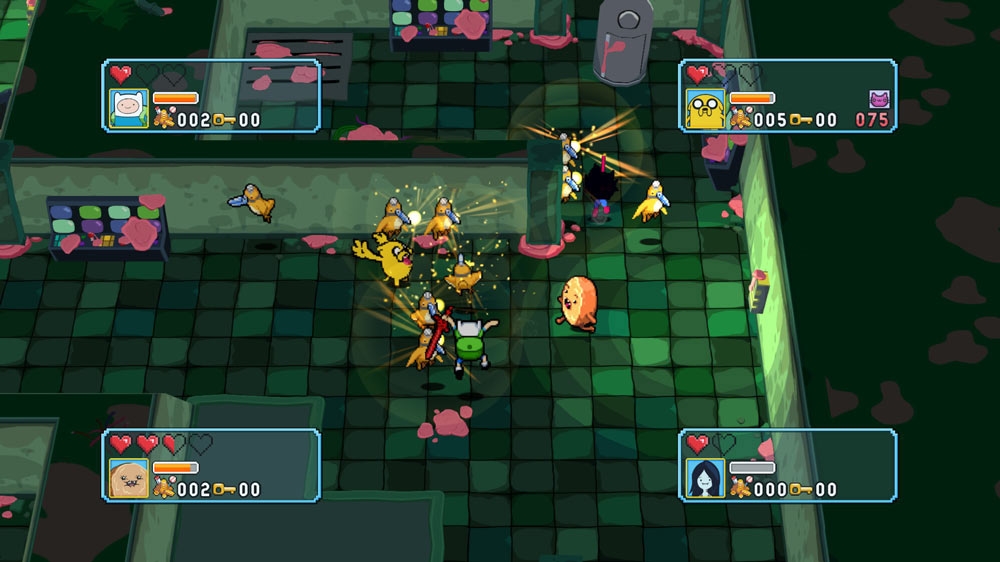 Like the cut scenes, the in-game visuals are reminiscent of the early NES era Zelda titles, only with an Adventure Time motif.  The characters are not necessarily sprite-based as they were in the old days, but are decidedly lo-res, lending to the old-school thematic.  The music is also reminiscent of the old 8-bit tunes, which gave the game an added sense of nostalgia for older gamers like me.

As I mentioned earlier, the real problem with Adventure Time: Explore the Dungeon Because I DON’T KNOW! is that the gameplay is so formulaic and bland that it could be easily mistaken for a 99-cent smartphone app rather than the moderately-priced console game that it is.  The gameplay is broken into 100 levels (dungeons) over 5 environments that change every 20th level – although none are particularly different from each other in execution  Every 5th level, gamers are allowed to head back to the game hub to spend any loot (money) they have collected, but these items only make the gameplay even easier.  Every 10th level, a new boss appears – but they seldom pose any difficulty.  As you can see, there’s just nothing here that really stands out as something special.

Why anyone would want to spend a weekend exploring these dungeons, I don’t know! 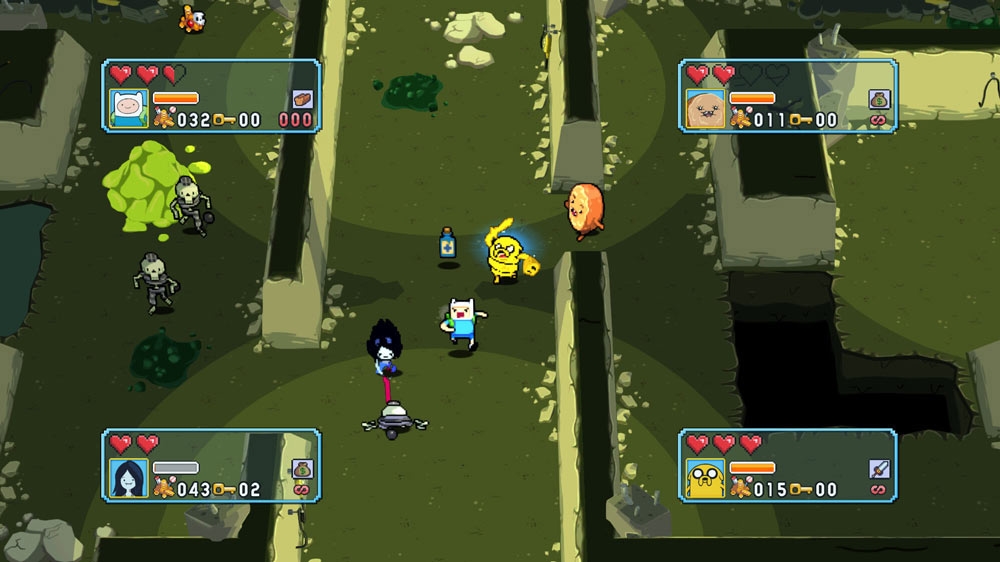 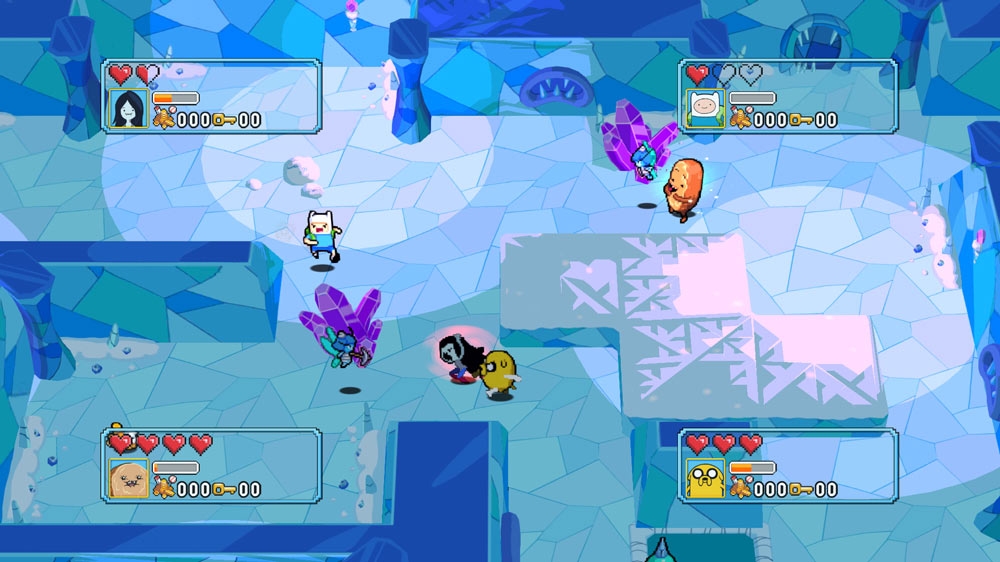 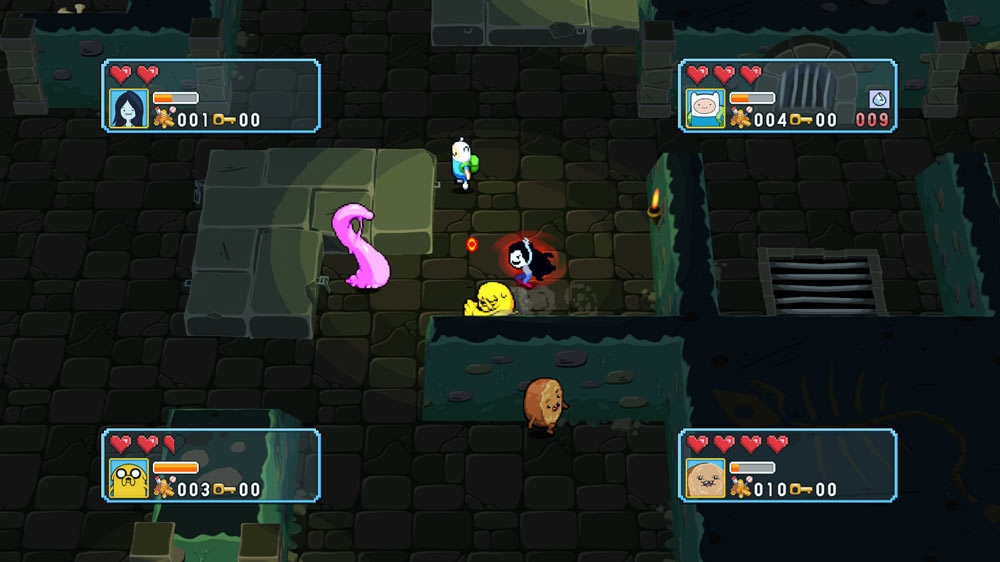 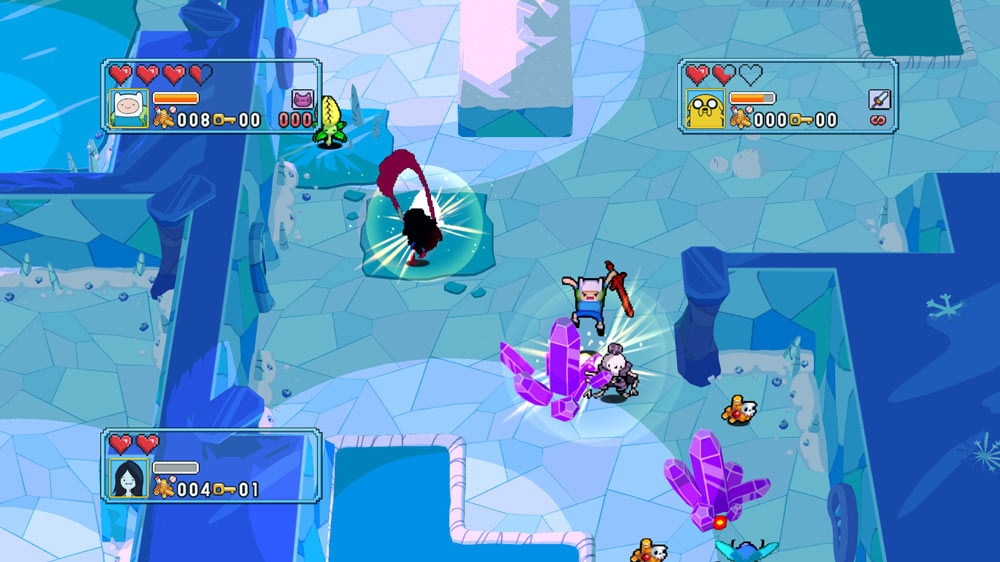 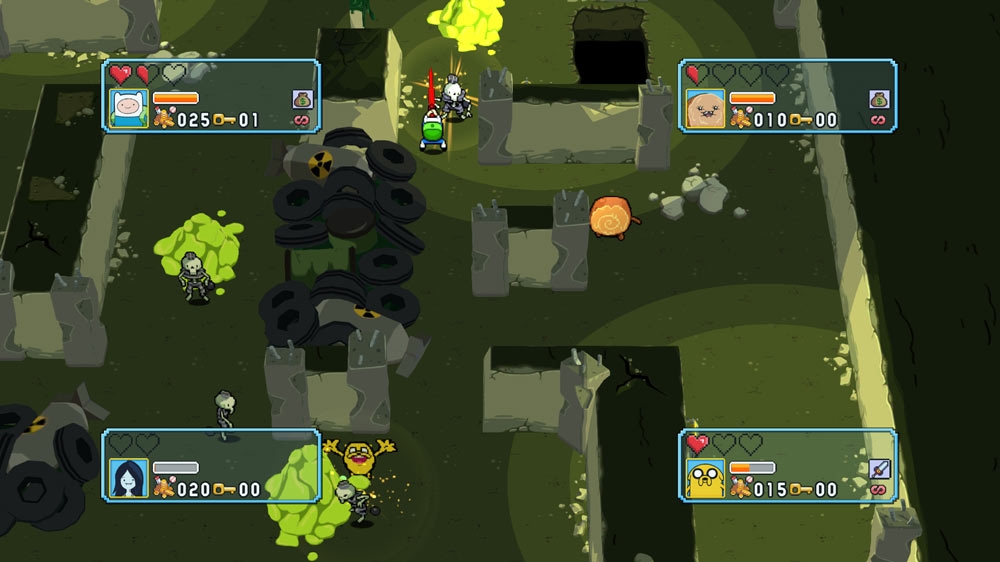