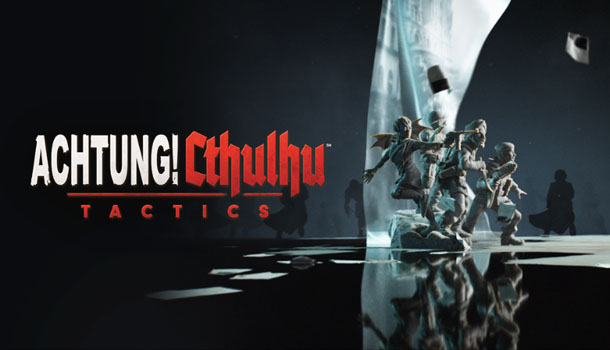 A fun tactics game with a few new mechanics introduced to spice things up a bit.

For those familiar with the tabletop roleplaying scene, the title of ​Achtung! Cthulhu​ will most likely ring a bell; the story of a dark World War 2 where the occult Nazis toy with even darker powers than their own is an interesting one with a rich and documented lore. The video game places you in control of a squad of soldiers sent behind enemy lines in order to investigate these dark dealings and to put a stop to the Nazi efforts of summoning demonic ethereal powers to assist them in their war efforts.

Anyone who has played other turn-based tactical games, with the ​X-Com ​ series probably being the most well-known example, you will find yourself at home with the basics of gameplay in Achtung! Cthulhu Tactics.  For those unfamiliar, the gameplay revolves around assigning your squad orders to move and attack the enemy, using the environment to your advantage, taking cover if possible, and trying to position yourself in such a way to remove the same advantages from your opponent. 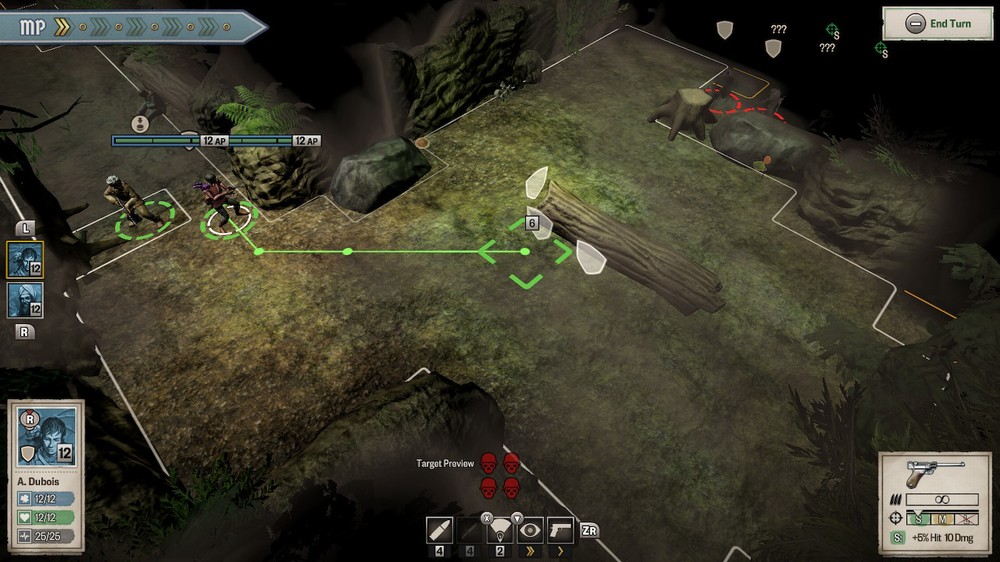 While these basic components will be familiar, there are a few additional mechanics that have been introduced in this game, which give you additional things to consider and provide interesting options for you during combat. One of these, is the idea of the Shroud. Basically, your enemy is concealed by the Shroud, unless one of your operatives is able to spot them directly within a somewhat limited cone of observation. So, even if the squad is aware of their presence (i.e., them being within the revealed area of play), if they are not being directly targeted by a character, they are concealed by the Shroud. The effect of this is twofold. First, you might know that there is an enemy there, but what it is will be unrevealed. Secondly, if you attempt to attack this opponent, the chance of hitting them is drastically decreased.

So, one thing you have to consider when attacking the enemy is to optimize your squad’s attention in the right directions. This is especially true if you have a member who specializes in long range attacks. You will need to put someone in position to get rid of the Shroud on an enemy before you can effectively engage them from range. This encourages you to have a squad of people with vastly different skills. You want some who excel up close, but also some who can provide long range overwatch for them once they’re in position. 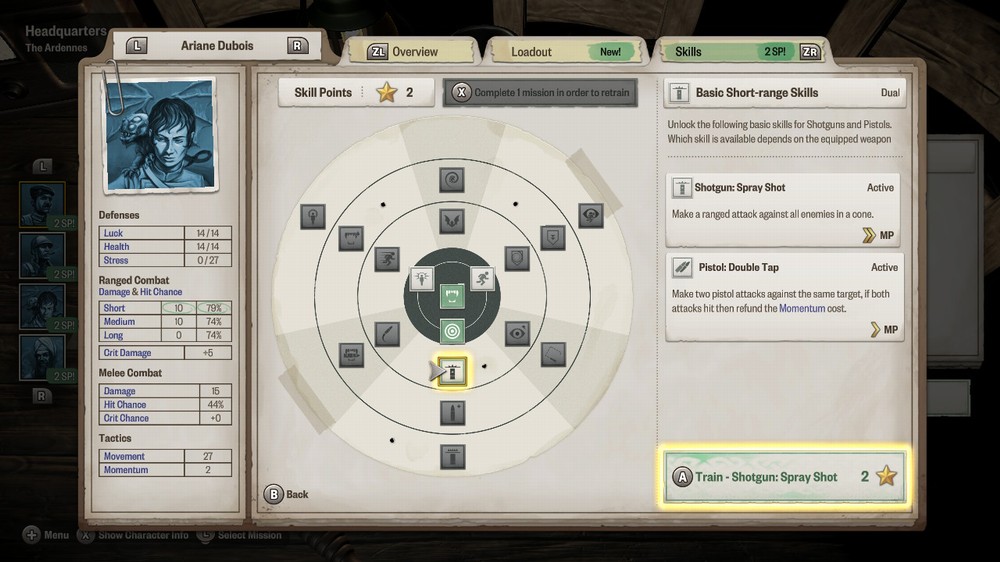 Another new mechanic that is introduced in this game is something called Momentum. As you perform tasks, your squad will be rewarded with Momentum Points, which they can then spend to perform additional actions beyond what their Action Points might allow during a turn. Normally, the characters start with 12 AP per turn, which, depending on the weapon, will allow them to shoot two or three times if they don’t move, or move a reasonable distance and attack perhaps once. Momentum will allow them to follow up a normal attack with an attack from a secondary weapon or set up an overwatch attack (which is a pre-emptive attack during the enemy turn if they move through the cone that overwatch covers). Momentum Points are also what the squad members will draw from in order to perform any one of their individual special skills, which are very useful actions that, if you spend your Momentum Points effectively, can sway the course of a battle.

These special actions are gained through a progression system. As you complete side and main quests, you will be rewarded with experience points that will allow you to assign skill points to skills in a branching skill tree that is unique to each character. There are many options to follow, providing a lot of variance in how you want to specialize your different characters in the way they approach the conflict. Additionally, between missions, you can assign your character’s loadouts, choosing between a few different primary weapons they have available, and weapon mods that will affect the stats of those assigned weapons. Also, they will be able to take a special item with them on missions, such as hand grenades, med kits, etc. 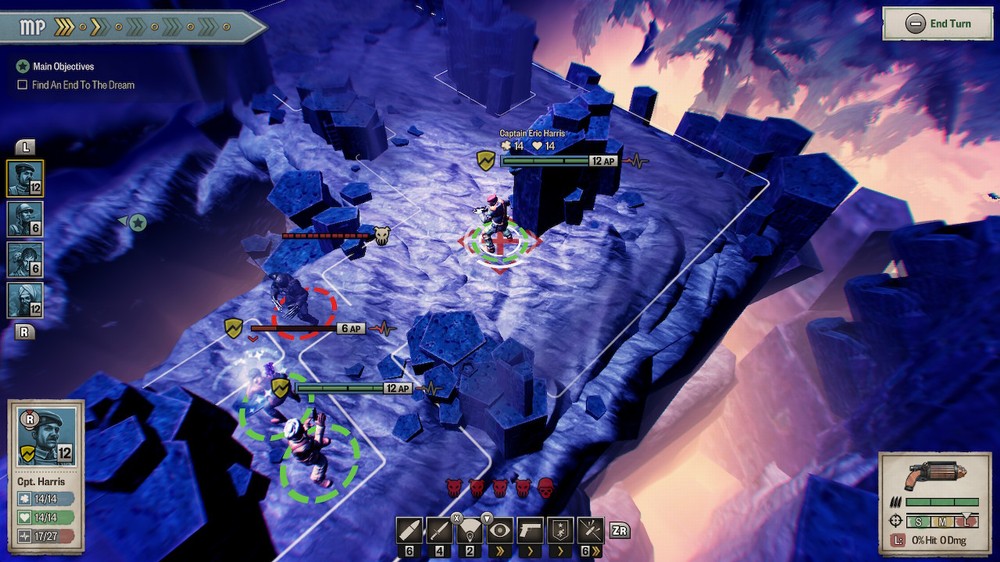 One of the only things that I didn’t particularly like about this game, but that I was able to get used to after playing for a little while, is that the target of any character’s attack is decided for you. If there are three opponents surrounding your character and you choose to perform a primary attack with their main weapon, they will attack only the one opponent that they are most likely to hit. This makes sense, but sometimes, in certain edge cases, there are times when you want to focus fire on one particular enemy, even if the chance of hitting them might be a little less than another, and in these instances, you aren’t able to make that distinction for the character. They will attack the opponent they choose. I tried figuring out a way to change the target, but was unable to find a way to do this.

Aside from the targeting issue that I had with the game, I enjoyed this game and felt that it played well on the Switch. One thing to note is that it seemed to be fairly intensive for the Switch’s capabilities, which caused a fully charged Switch to use all of its battery charge in just a few hours’ time. 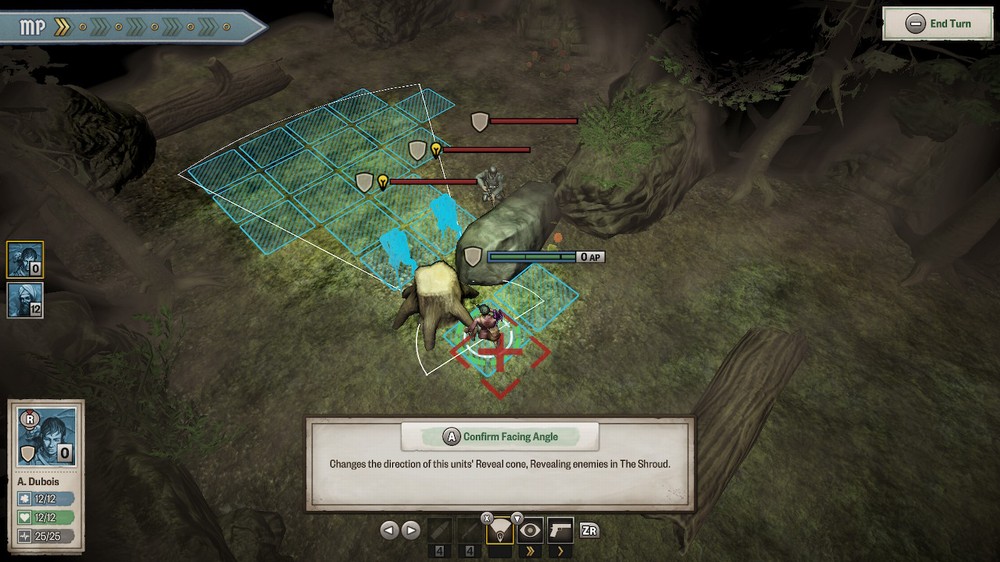 In conclusion, I thought that the story was interesting, if a bit light. The gameplay is very heavily focused on the combat mechanics and there isn’t much that would make me classify this as any kind of roleplaying game, even though that is where the game came from. There’s just enough of a story to follow to give you the flavor and atmosphere of the world, though so that might be enough for all but the most hardcore of fans of the franchise.