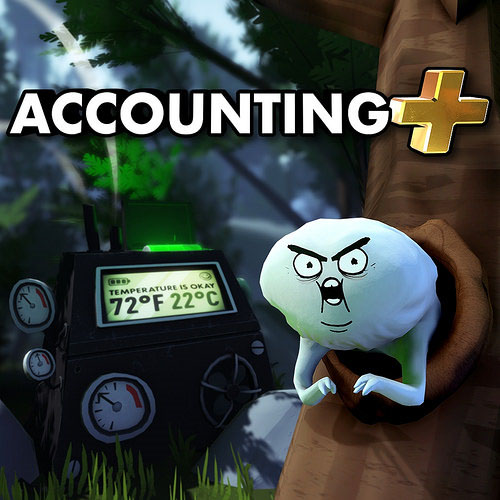 It’s hard to classify Accounting+ as a game, as it definitely falls into that unique niche genre of a first-person experience (FPX). Not to be confused with a linear ride or rail-shooter, Accounting+ drops you into a virtual accounting simulator that ultimately has little to do with number-crunching…unless you want to count the number of F-bombs this game drops in its 3-4 hours of recorded dialogue.

Accounting+ can be played with the DualShock 4 or a pair of Move controllers. The experience varies little based on control scheme with the exception of being able to play a skeleton xylophone using two bones at once. There is also an instance where you have to throw a brick, so the wrist strap on the Move might avoid a cracked TV. The game is essentially a series of random situations; a set of virtual environments with a few teleport nodes to bounce between to explore and interact. Your primary goal is to find and put on a hidden VR headset in each area to advance to the next sequence, but things get crazy real fast. 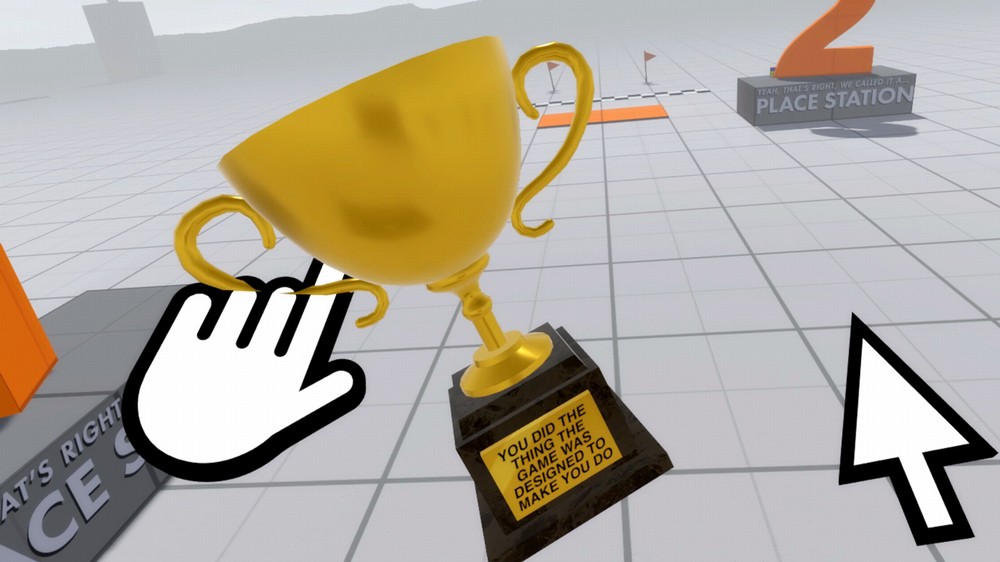 The opening tutorial is just a hint at what the game beyond contains, and the most important lesson to be learned is to TAKE YOUR TIME within each scene and bask in the seemingly endless and brilliantly funny dialogue. Seriously, this game can easily be finished in 20-30 minutes but there is literally ten times that amount in recorded dialogue if you are patient enough to chill out and listen to it, and the longer you listen the more insanely funny it gets.

There are less than a dozen events within the game and I don’t want to spoil a single one. Briefly, in one scene you’ll try to join a gang, in another you need to find a battery to power a VR headset, in another you’ll engage in a crazy shootout with cops in a highway chase sequence, and nothing can prepare you for when you find yourself as the defendant in a courtroom murder trial with a briefcase full of Humpty Dumpty public defenders. The only thing more excessive than the absurd randomness of these sequences is the extreme profanity that juxtaposes the otherwise charming and deceptively kid-friendly visual design. That angry looking critter in the tree spews more F-bombs per sentence than a Quentin Tarantino movie. 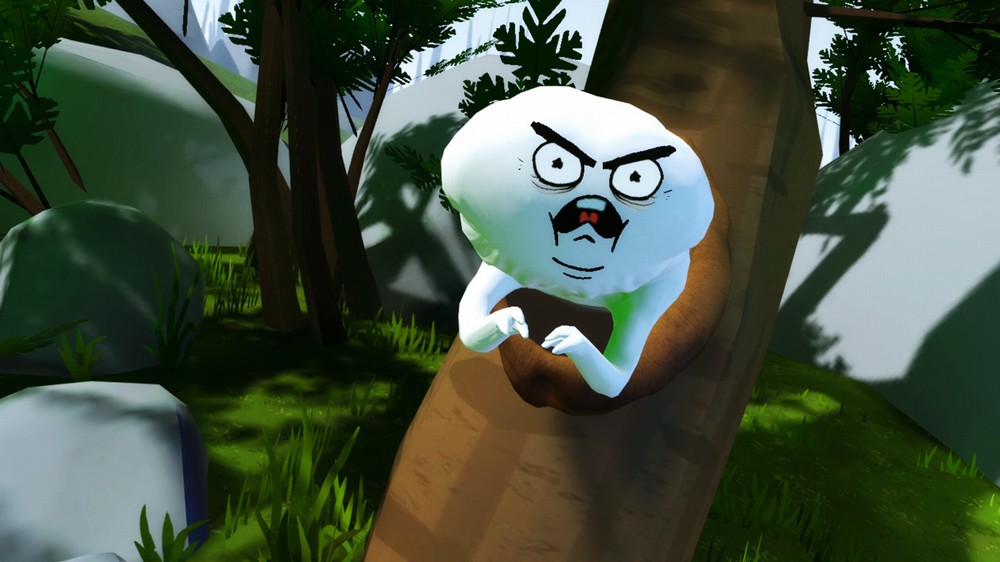 Accounting+ is designed to test your patience because the longer you let each scene play out the more dialogue this game piles on. Even when sentences seem to repeat you need to let it go because chances are something new bit of hilarity is about to ensue. While the game is mostly linear there are a few secrets lurking in some of the areas. To fully explore all areas and hear all the dialogue you can expect 3-4 hours of gameplay, otherwise you’ll need to replay (which the game itself recommends), but since nothing is skippable you’ll need to endure everything you’ve already experienced again and again to get to the new stuff. This is when having a friend to put on the PSVR comes in handy, as you can sit back and enjoy them enjoying the experience.

I’d be more comfortable recommending this title if it were $5-7, which is likely what it will be when there is a PS Plus sale, but for now, any diehard Rick and Morty fan should have no problems picking this up and enjoying every second of dark humor and irreverent fun. 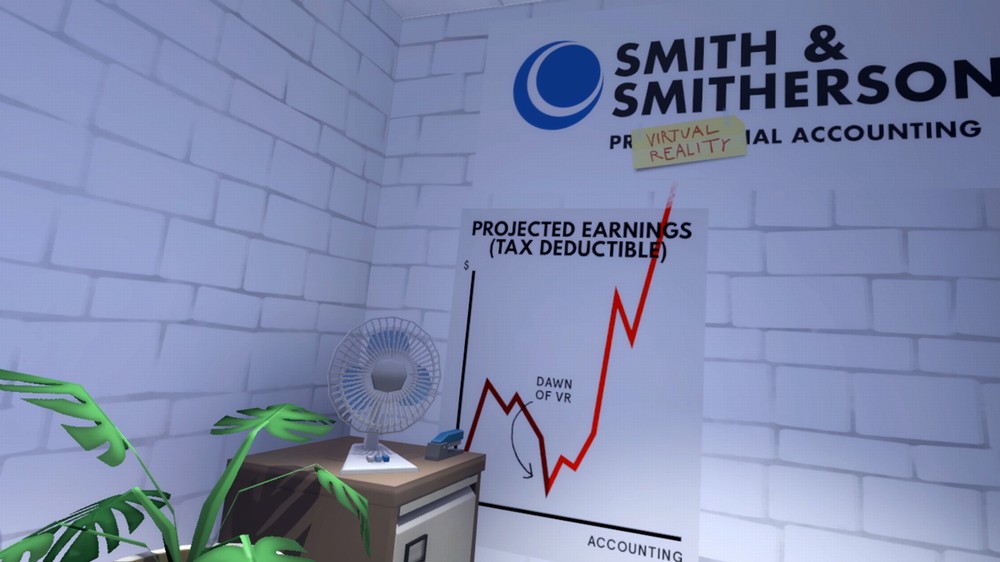 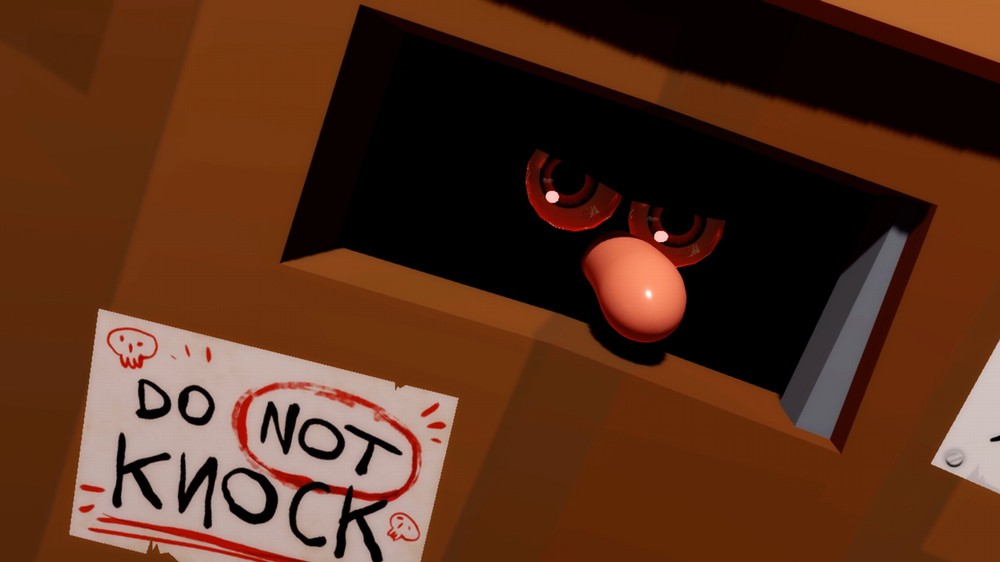 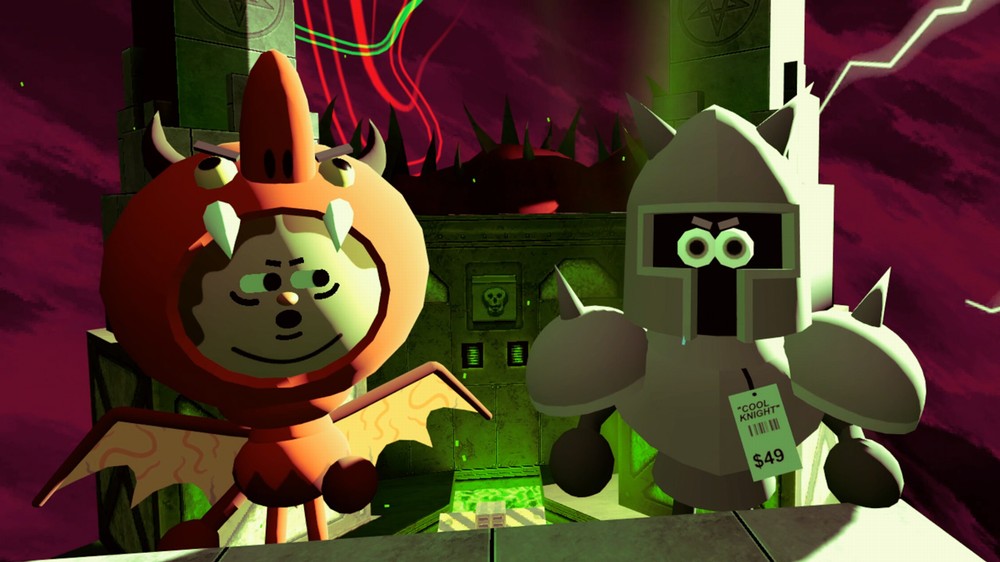 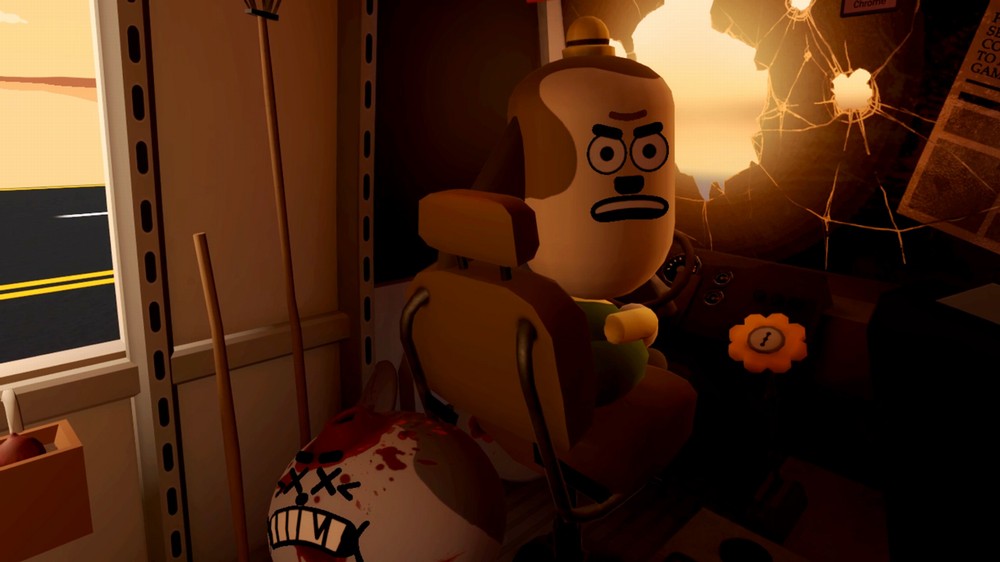 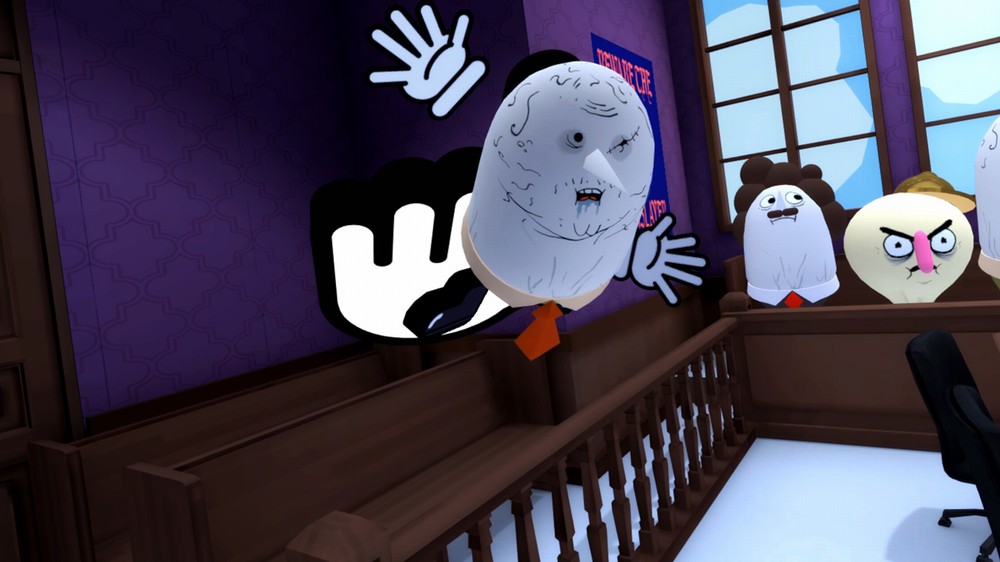 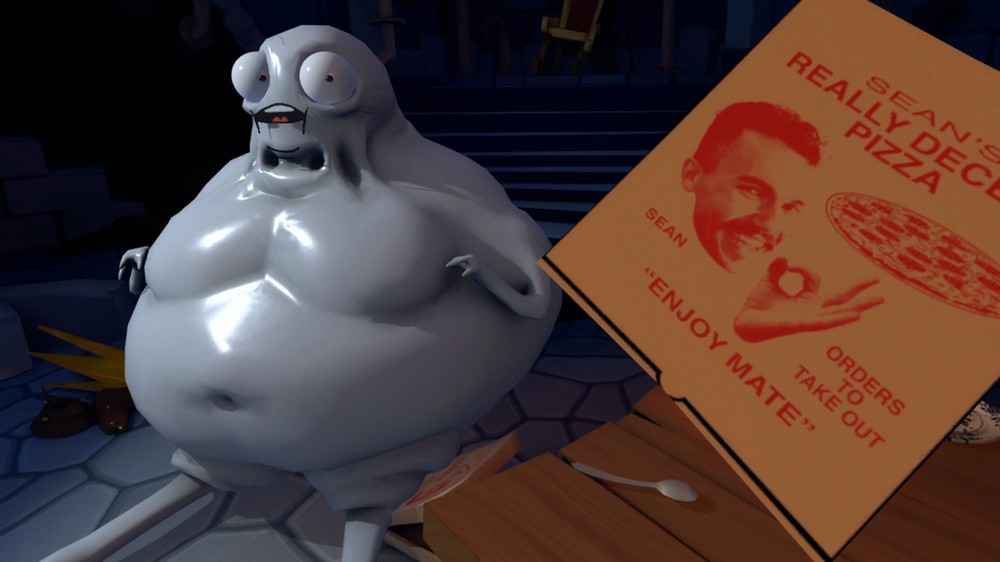 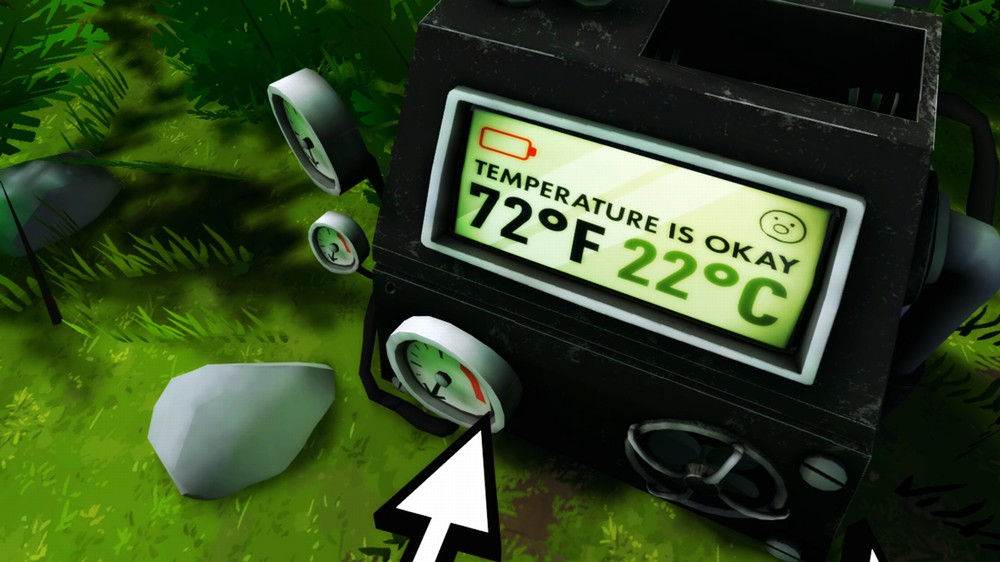 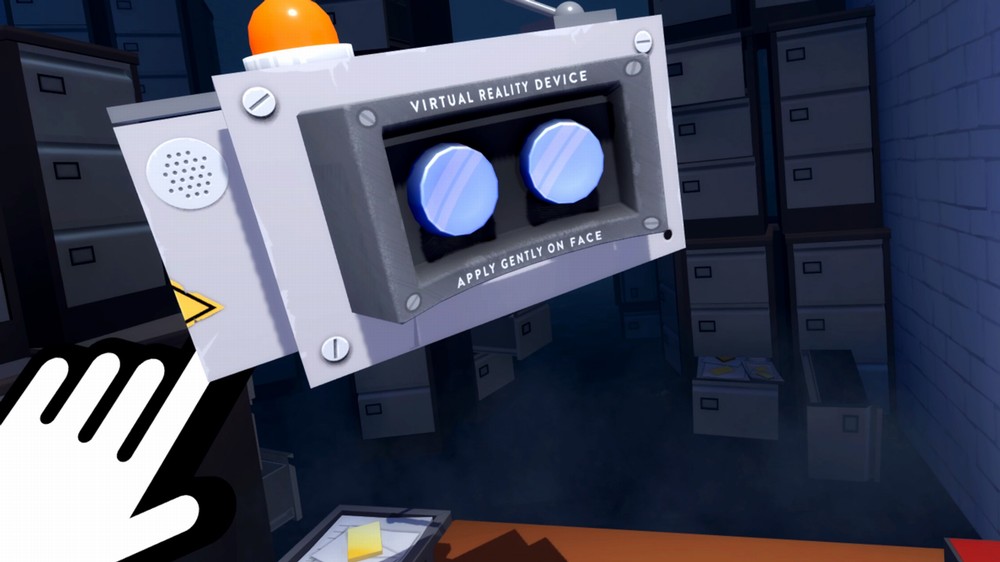