It’s ironic that I was playing A-Tech Cybernetic about the same time I was playing DOOM VFR, because in many ways the former desperately wants to be the latter and in many of those ways it actually succeeds and even surpasses its inspiration. Built specifically for VR, A-Tech Cybernetic might seem like just another zombie survival horror game in space, but Xreal Games has actually nailed some crucial VR gameplay elements that make this game something unique and surprisingly enjoyable.

The experience opens with a floating menu that gives you access to a tutorial where you can learn the basics of gameplay like shooting, punching, using melee weapons, and even reloading your gun. All of these activities are realistically mimicked with real-world movements like grabbing ammo and pulling it to your belt or holstering your weapons at your side.   While the game can be played seated or standing and does support room-scale there isn’t much movement within each static position, so I chose to play seated which ultimately led to some issues with the game recognizing when I holstered my weapon rather than dropping it on the floor. There were numerous times I went to grab my gun and it wasn’t there, but rather lying on the floor in the last room I thought I had holstered it. This alone might be a good reason to stand while playing. 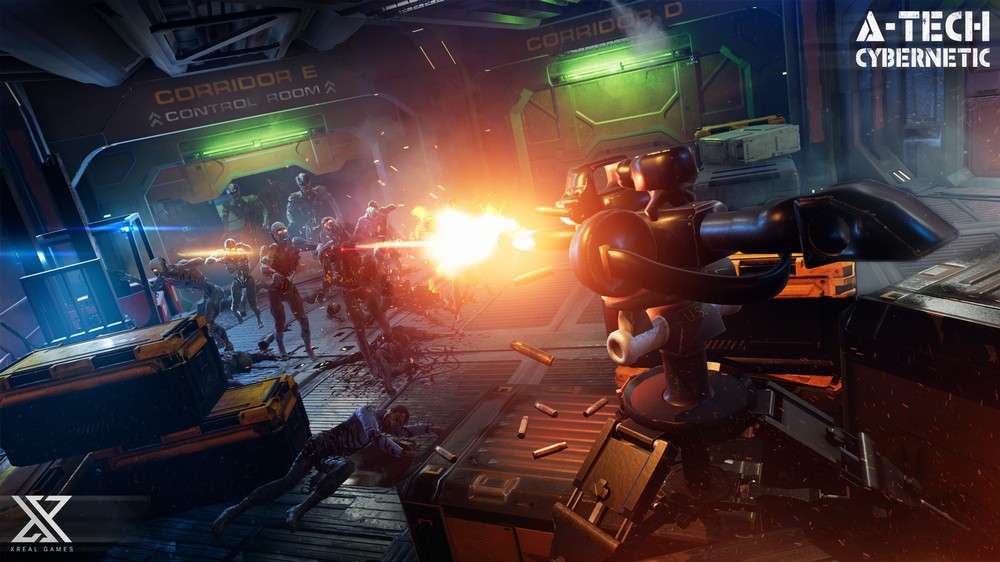 Another good reason to stand is that A-Tech Cybernetic does a fantastic job of tracking you into the game to replicate your movements for precision aiming, melee attacks, dodge moves, or even throwing grenades. I dare say this is the most physical game I’ve played since Raw Data. There are some issues with inventory and managing four weapon types with only two holsters. I think they should add a third back holster so you can reach over your shoulder to grab a shotgun, rifle, or melee weapon. Right now you can’t holster a melee weapon, so you pretty much have to use them where you find them. Ammo is a bit clumsy in that you must add it to your belt then reload rather than put it directly into your gun, and if you dual-wield the same gun prepare to run out of ammo almost immediately.

There is a multi-chapter story mode where you get to explore an abandoned medical facility that is swarming with zombie mutants. All sorts of weapons, both melee and guns, are available to dispatch these hideous creatures as you try to uncover the secrets of the facility by solving puzzles and locating key cards. A second Swarm mode will put you to the ultimate last man standing test in wave-based survival horror – sorry, no leaderboards yet. 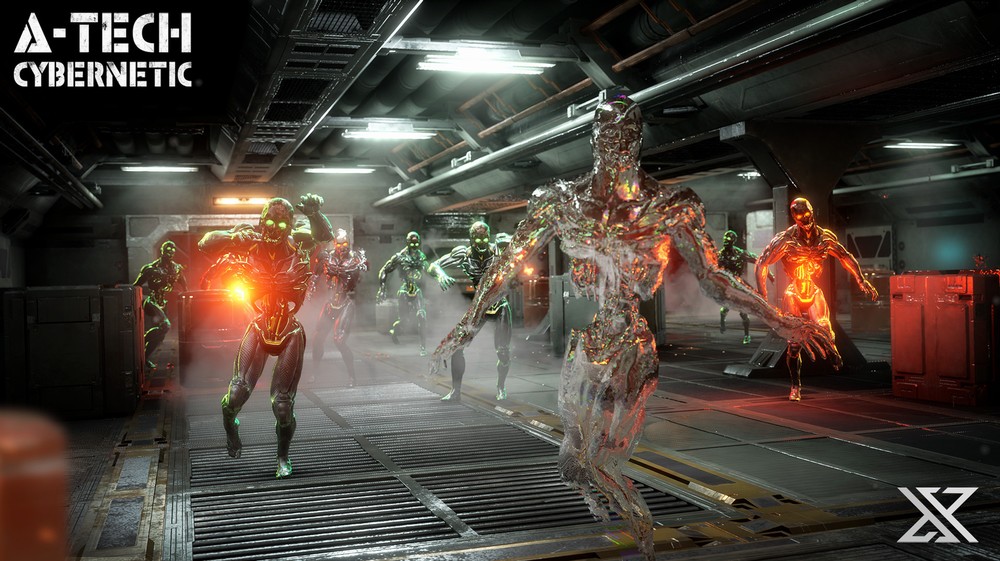 A-Tech Cybernetic offers a slick mix of smooth and jump locomotion modes to navigate the levels including a surprisingly well-implemented teleport system. You have to press buttons to turn, which is awkward and hopefully replaced with full analog stick movement in a future patch. Object interaction issues are negated with a Jedi-like Force grab system where you simply point at the desired object and it flies into your hand. There is even a cool bullet-time ability to give your that extra edge during combat.

Visually, the game is stunning, at least in the first two playable chapters, with plenty of dark areas that make the colors and lighting effects really pop while keeping the framerate fluid to avoid any hint of motion sickness. The creatures are truly terrifying, and the entire experience is loaded with suspense from start to finish.  A-Tech Cybernetic definitely exudes a strong DOOM vibe, both in color palettes and overall atmosphere. 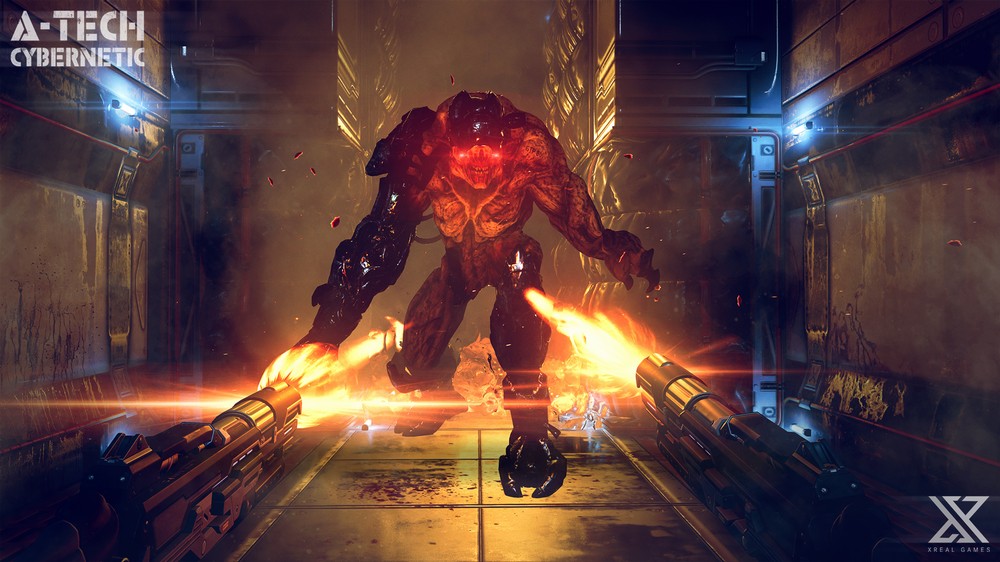 The ambient audio is good with slightly muffled sound effects for weapons and the levels themselves. The only annoying thing about the audio is the guy who starts yelling at you from the very beginning. His scripted dialogue is pretty lame and he awkwardly injects curse words like someone who suffers from Tourette syndrome.   Hopefully his part gets a rewrite or they can at least lower his volume. I ultimately had to lower the game volume just because of him, which lessened my enjoyment of the rest of the sound experience.

In its current state of Early Access A-Tech Cybernetic is already a fantastic example of a quality VR survival horror FPS, and I can’t wait to see the completed game with more chapters and hopefully some more unique settings to explore and different monsters to kill. Even with just the Early Access content there is easily $15 worth of enjoyment between the story and swarm modes. This is a must-play shooter for anyone with VR, and with some additional content and a few improvements A-Tech Cybernetic can easily be one of the best VR games of 2018. 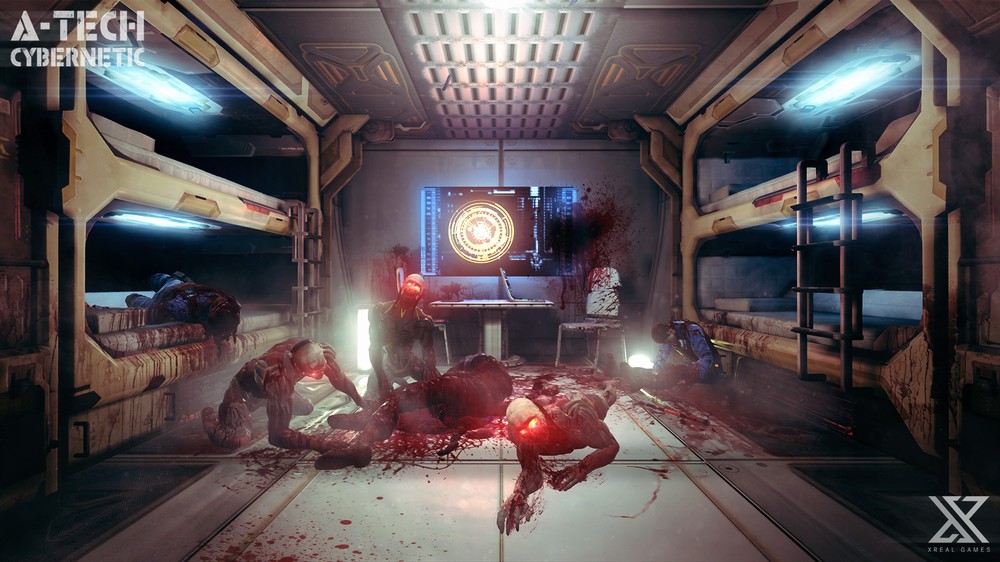 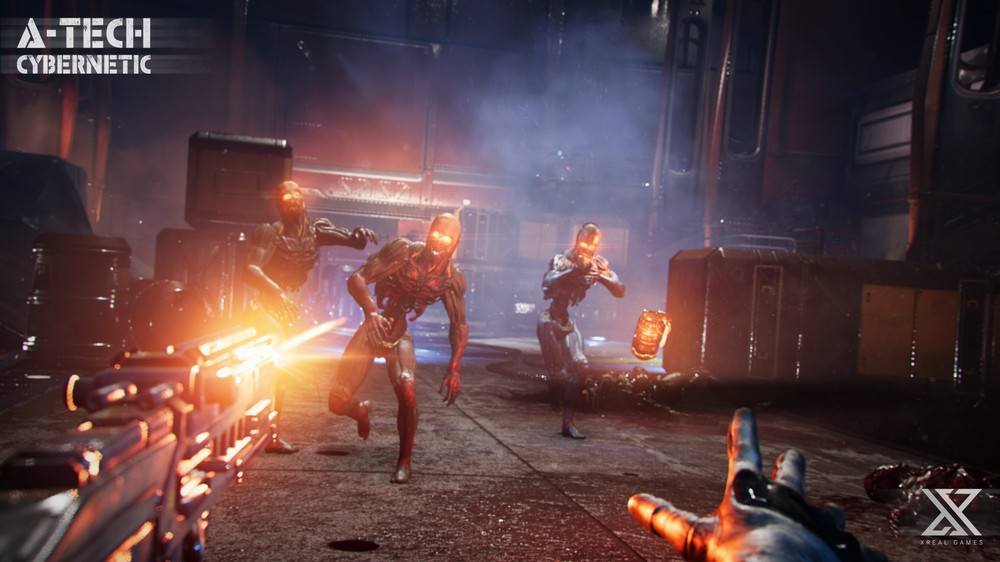 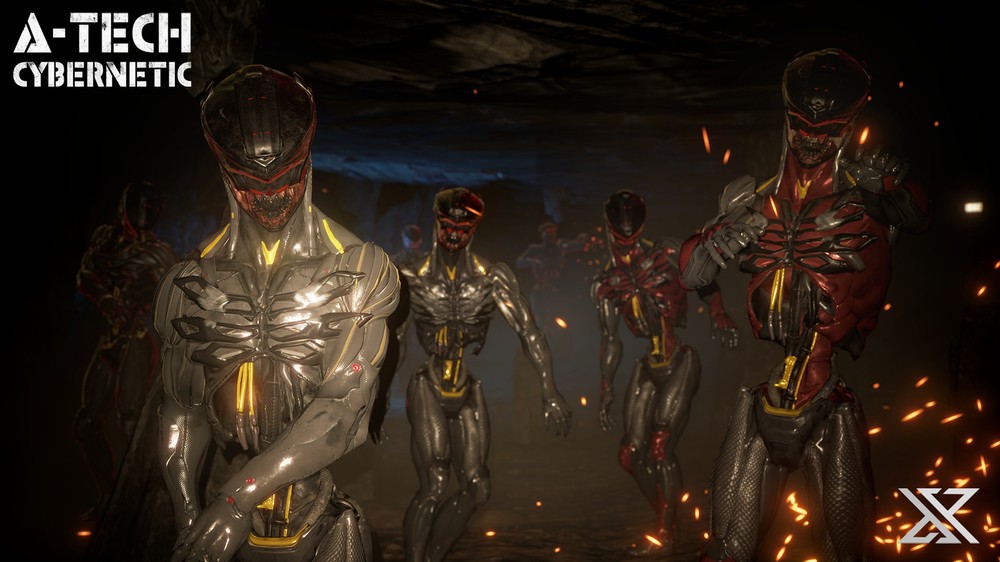 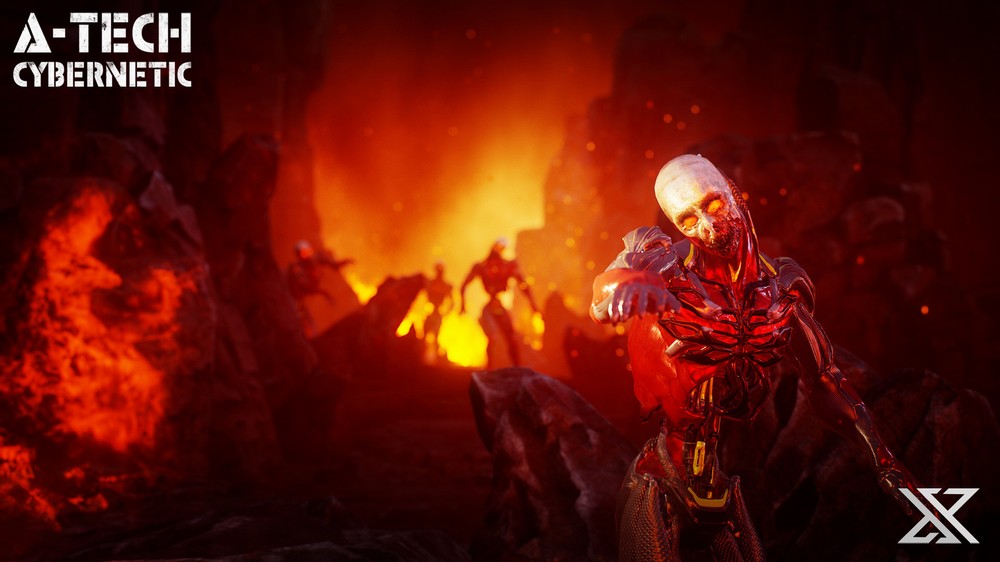