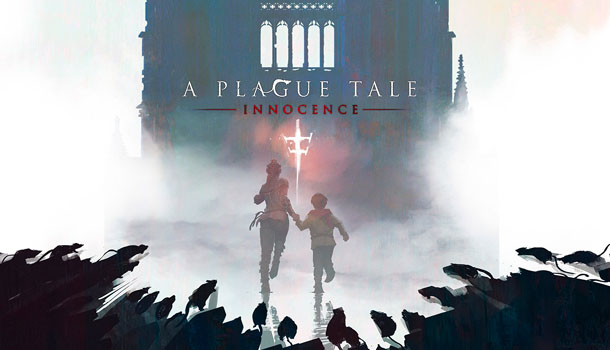 A most welcome surprise.

I hadn’t heard much about A Plague Tale: Innocence before its release, but as soon as I looked into the premise, I was intrigued. As a history buff and a fan of videogames set in new places, a story set in 14th Century France struck me as incredibly appealing. You play as Amicia de Rune, daughter of a noble family, who is caught in the middle of a plague outbreak in rural France, along with her brother Hugo, who appears to have more ties to the disease than is initially apparent. A Plague Tale is heavily narrative-focused, with brief forays into combat and puzzle solving, and the story takes you across various different locations in the search for a cure.

Although you play as Amicia, you’ll encounter a large number of characters on your journey, and it is these secondary characters that add a lot of colour to the world. In the first chapter you’ll explore the woodland around your home with your father, and many of the later chapters are spent in the company of your younger brother. Alongside these two are a young alchemist, a pair of thieves and an apprentice blacksmith, all of who have an important role to play in Amicia’s story. Each character also has their own set of abilities to aid Amicia, including picking locks, fighting enemies and using alchemical recipes. Though you can’t choose who to venture out with, you cycle through the companions fairly frequently, often for narrative reasons, and this keeps the gameplay loop feeling fresh, as you’re regularly being asked to adapt your gameplay to your companions’ strengths. 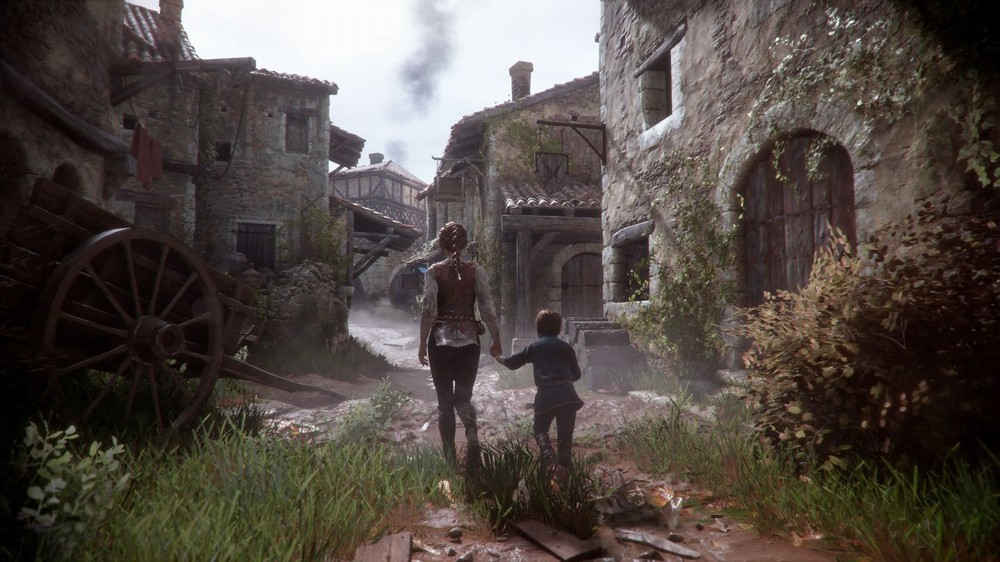 This variety in gameplay is built on by the fact that each chapter takes place in a different location, and even though you do return to a couple of places, the circumstances of each visit are vastly different, and the locations themselves look quite different each time. As well as being beautifully rendered, the areas that you’ll spend time in are all interesting, both in terms of concept and execution. From carnage-ridden battlefields to cities full of a terrified populace, A Plague Tale constantly moves you from one fascinating locale to the next. What’s more, although each location is distinct from the others, the narrative through line is consistent, and it never feels like you’re going to a new place just for the sake of a different colour palette or just because the developer felt like it was time to switch things up.

Seeing as you’re playing the role of a teenage girl in a world filled with knights and heavy armour, it makes sense that most of your time in A Plague Tale is spent sneaking around and avoiding detection. This is mixed in with some light puzzle-solving, as there are particular sequences in the game where stepping into the shadows will lead to instant death, and so you’re required to figure out how to proceed from one area to the next while staying in the light. There are definite similarities to The Last of Us here, especially when you get to the stage of the game where you’re able to collect resources and use them to upgrade your equipment. 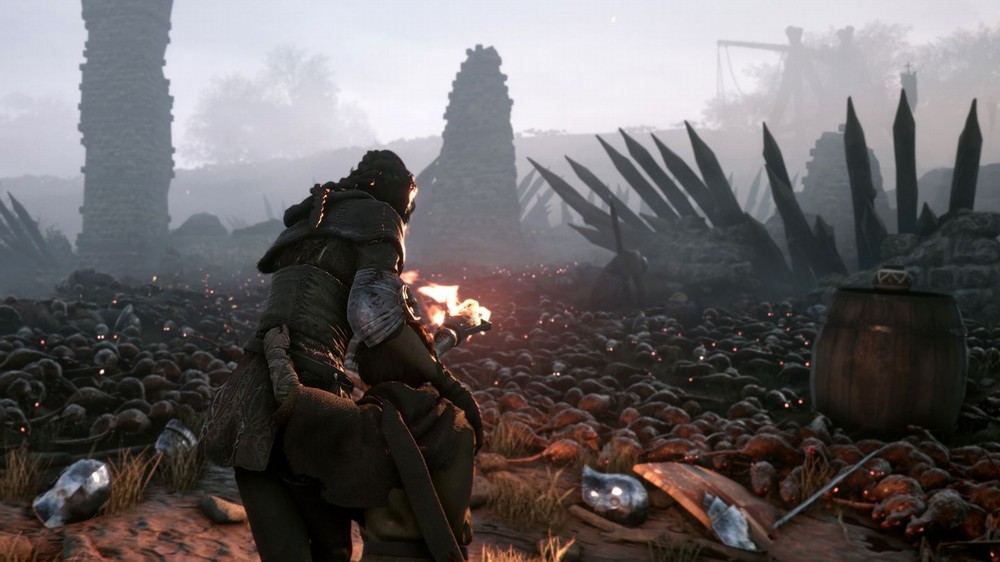 This gamification of the experience was one of the few areas of disappointment that I experienced with A Plague Tale, although I can accept that it makes sense in terms of keeping the gameplay experience interesting for the extended runtime that the game provides. There are 17 chapters in A Plague Tale, and though some are shorter than others, there’s a complete runtime of about 8-10 hours, depending on how strong your stealth skills are and how devoted you are to seeing absolutely everything the game has to offer. Personally, I found that while the narrative was generally strong throughout, there were a few instances where it started to venture a little too close to the Resident Evil style of storytelling and characterization, with a couple of characters and instances in particular feeling like they might be more at home in Capcom’s horror series.

Despite its decidedly grim setting, A Plague Tale: Innocence feels like a breath of fresh air for me personally, and it’s been a little while since I’ve been so attached to the narrative of a game. I think that’s partly because A Plague Tale is a heavily linear experience, so it can afford to be that much more focused that the recent abundance of open-world games, but it’s also because the game is presented so well, both in terms of beautiful visuals and interesting locations. There are a couple of technical hang-ups, such as long loading times between chapters and some stilted character animation and voice-acting, but for the most part, A Plague Tale: Innocence had me engrossed from start to finish.

The little disappointment that I experienced within the game was more due to my ignorance of the experience, rather than any failings of the game itself, although there were a couple of moments where I began to grow concerned about where the game was headed. Thankfully, these moments passed fairly rapidly, and I was soon back to enjoying the experience and marveling at the world that the developers were presenting. A Plague Tale: Innocence is a most welcome surprise, and if you’re looking for a game with a narrative focus, or even a different setting that what you’re used to, then this is a game well worth adding to your collection. 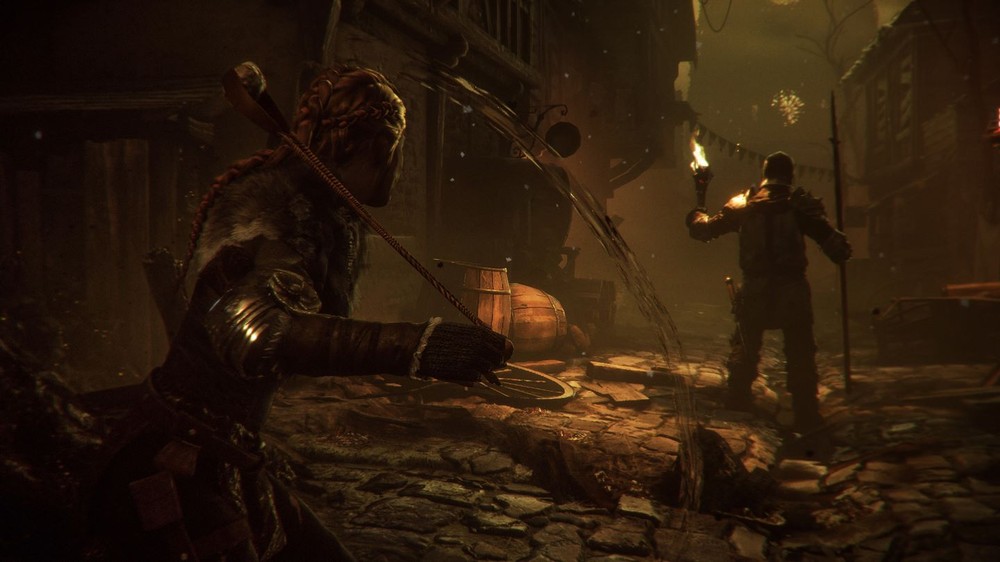 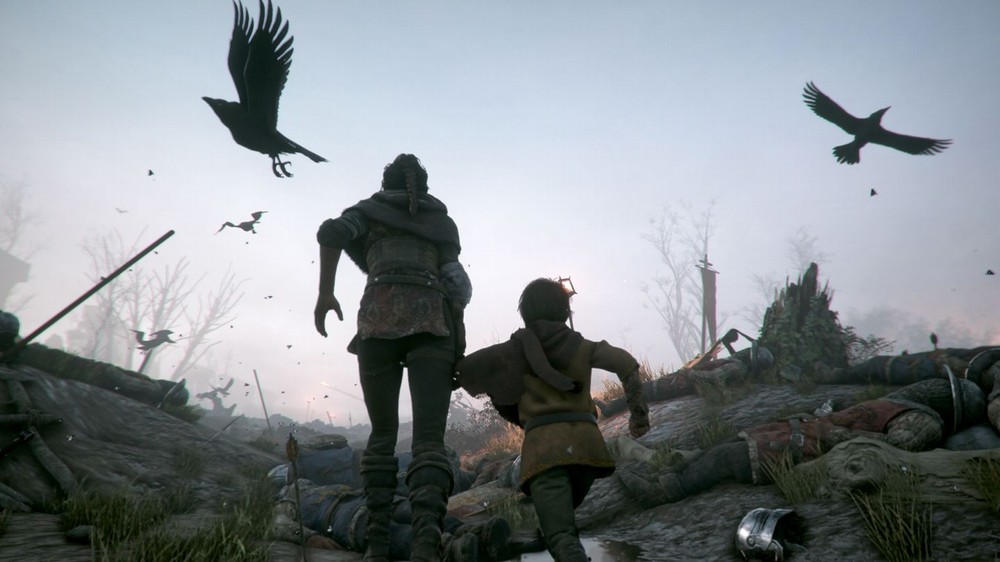 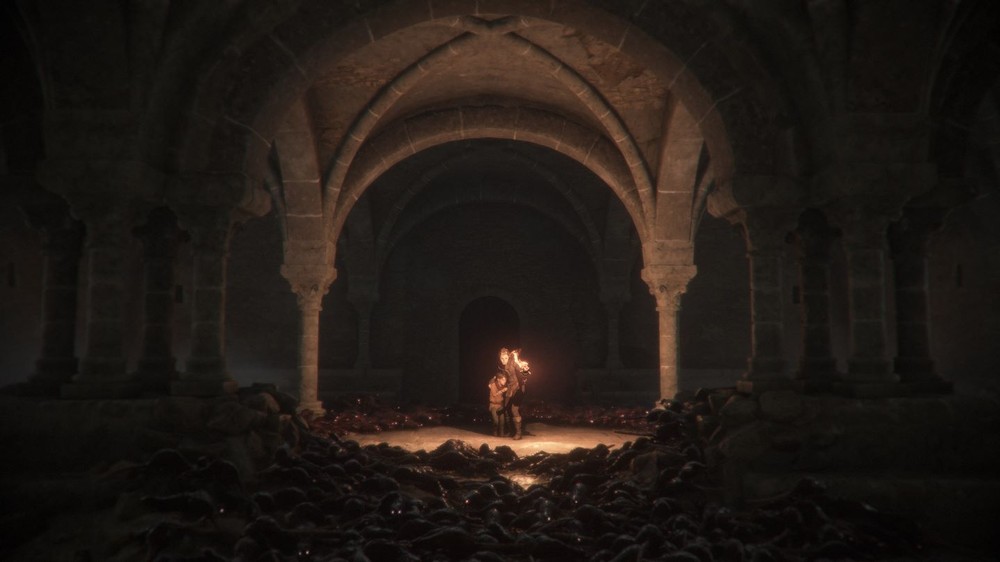 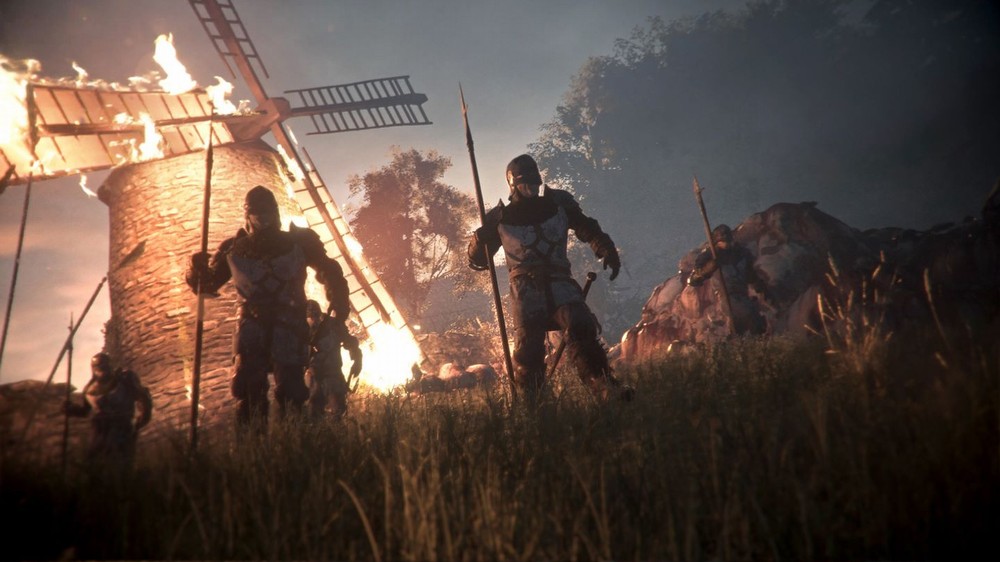 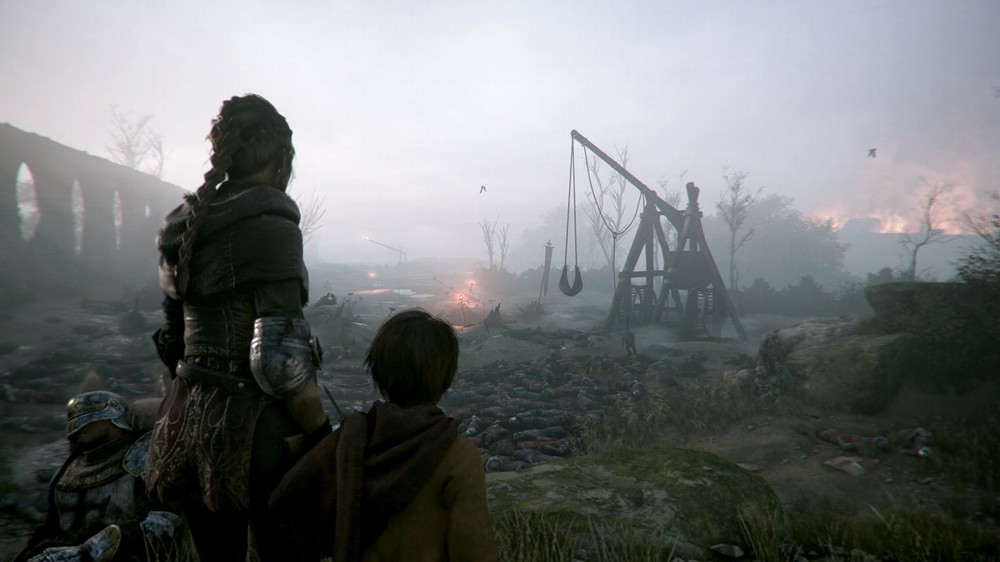 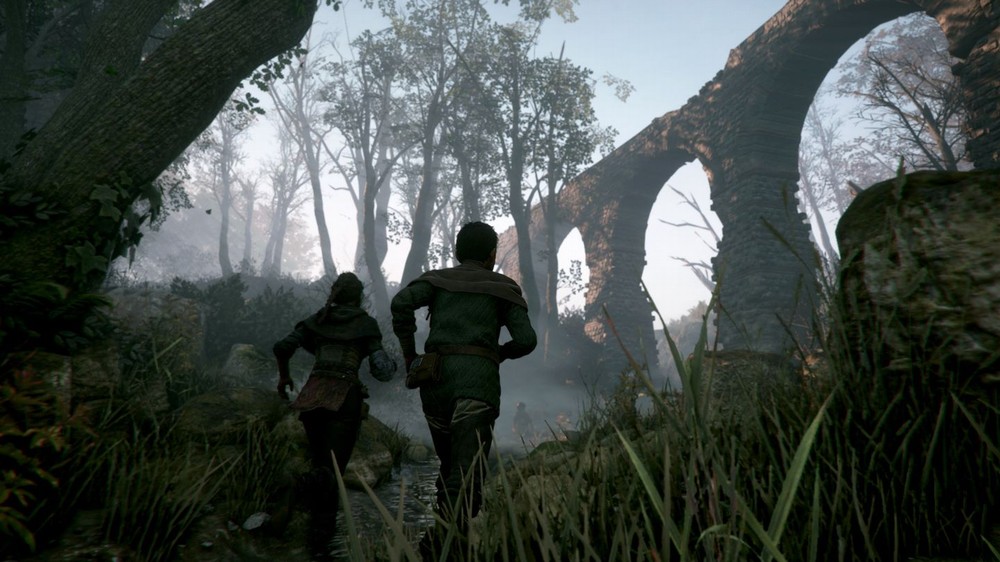 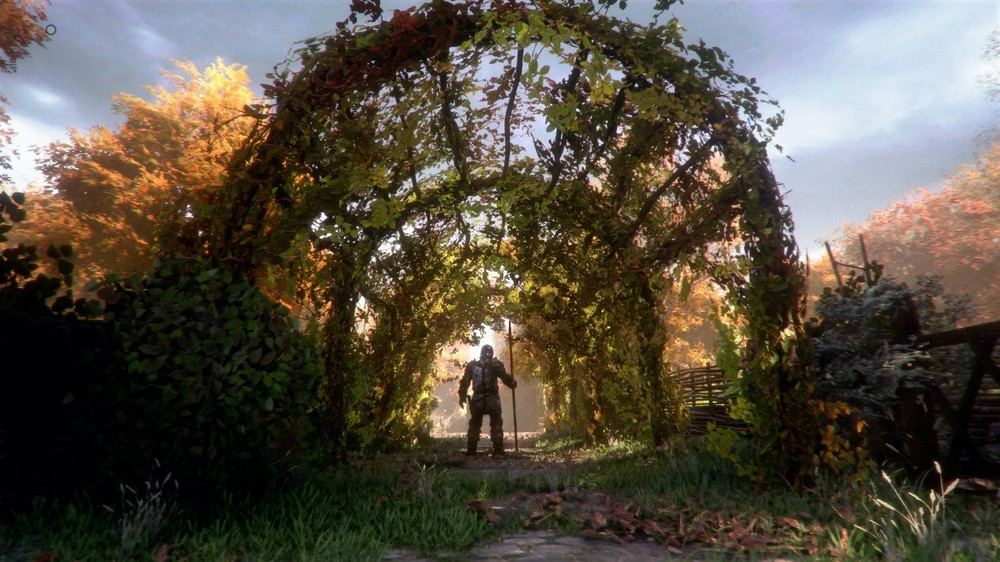