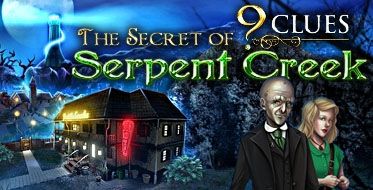 Preys on any fear of snakes, game is a bit short but priced to match.

A creepy afternoon diversion even scarier if played late at night.

9 Clues: The Secret of Serpent Creek is the latest HOA game from G5 Entertainment, and while it can’t hold a candle to Nightmares from the Deep 2 in overall satisfaction, I have to admit that there was a nice bit of fun and suspenseful intrigue lurking beneath this cookie-cutter adventure game.  The setup is the same story we’ve heard a million times before – person goes missing and another person goes to investigate the disappearance only to reveal sinister things are afoot.  This time journalist, Helen Hunter has gone missing while visiting the coastal town of Serpent Creek to cover some festival.  Upon your arrival a humanoid snake creature is scene lurking around the hotel and the clerk denies Helen was ever there.  Perhaps his lie would be more convincing if he didn’t put you in the same room as Helen with all of her stuff still there.

But perhaps he is not lying, as it seems no one remember Helen.  Maybe they are more concerned with the earthquakes and all the snakes crawling around the town.  Yes, this game has a lot of snakes which really amps up the “creepiness factor” for me and anyone else with ophidiophobia.  The only thing scarier than snakes are snake people, and this game has both.

The story is suitably intriguing with various levels of mystery and deception all leading up to a plot to summon the Snake God back into our world.   The small town 1950’s setting is unique and even a bit charming as you explore more than 50 locations solving more than a dozen puzzles and mini-games.  The hidden-object puzzles are fairly standard but they do include the growing trend of having to combine or use objects to reveal additional ones.  The puzzles ranged in difficulty from simplistic to extremely challenging, but most can be solved without having to resort to the hint or skip system. 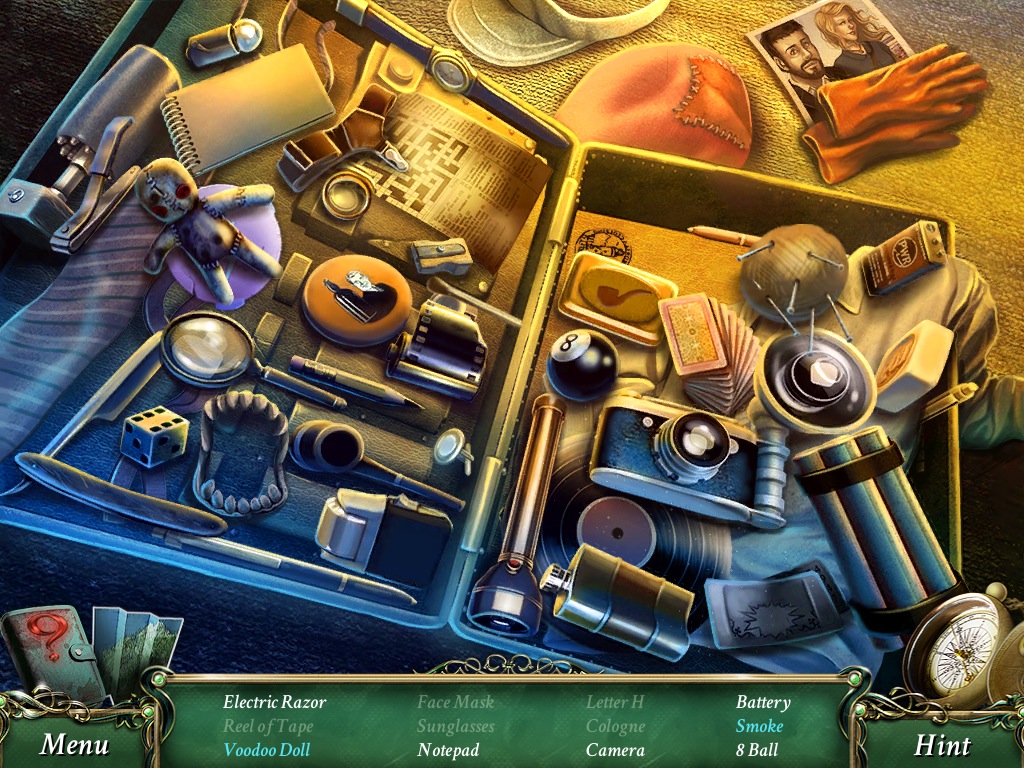 The best part of the game was where you get to reconstruct a crime scene by finding all the necessary clues so the game could piece them together and advance the story.  There are also hidden collectibles to find on the various screens, and a nice map interface that allows for easy travel.  The Secret of Serpent Creek is a bit short, even when played on the highest difficulty setting, making it all too easy to finish this in a few hours or even a single session.  I’d compare it to reading a mid-sized mystery novel.

The graphics have a unique art style that offers lots of color and depth of detail, especially in the cluttered hidden-object scenes.  Some of the mini-games and more challenging puzzle designs look fantastic and the interface and menus are nicely integrated into the game.  The sound effects and music all contribute to the sinister atmosphere, and the voice acting is surprisingly quite good.

9 Clues: The Secret of Serpent Creek is a great HOA game for as long as it lasts.  I enjoyed the story and the way it played on my fear of snakes.  I was uncomfortable almost the entire time I was playing unless distracted by one of the game’s clever puzzles or mini-games.  It’s  a short game but also a bit cheaper than other G5 titles, so if you are looking for a nice afternoon diversion with your iPad then take a trip to Serpent Creek. 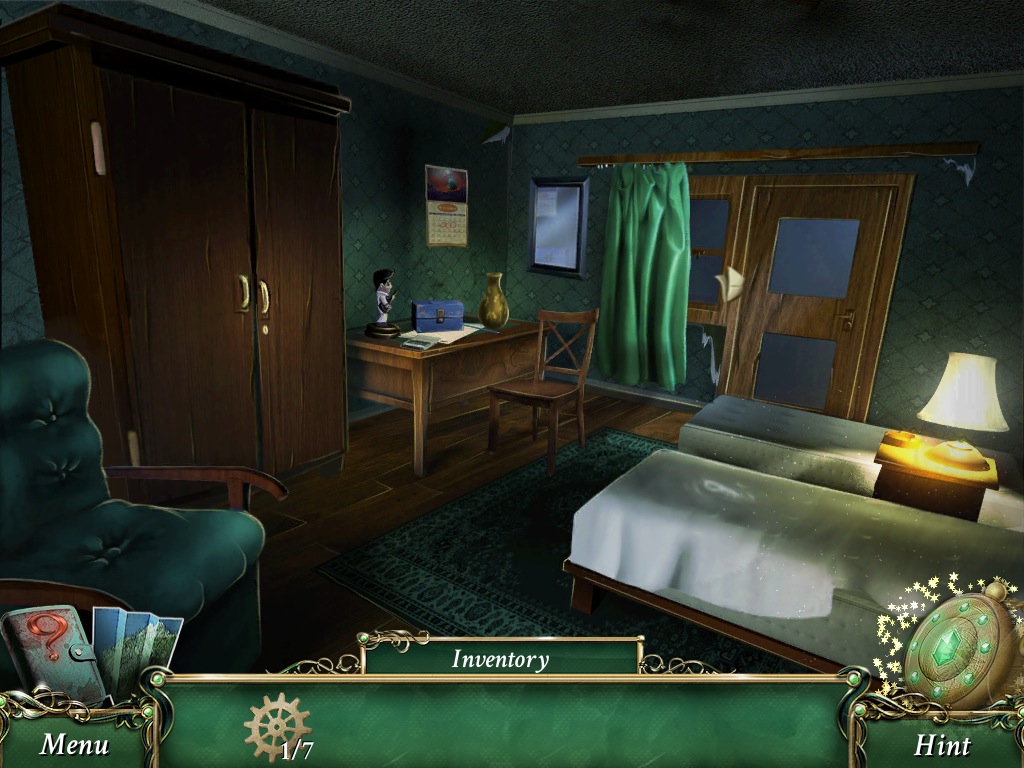 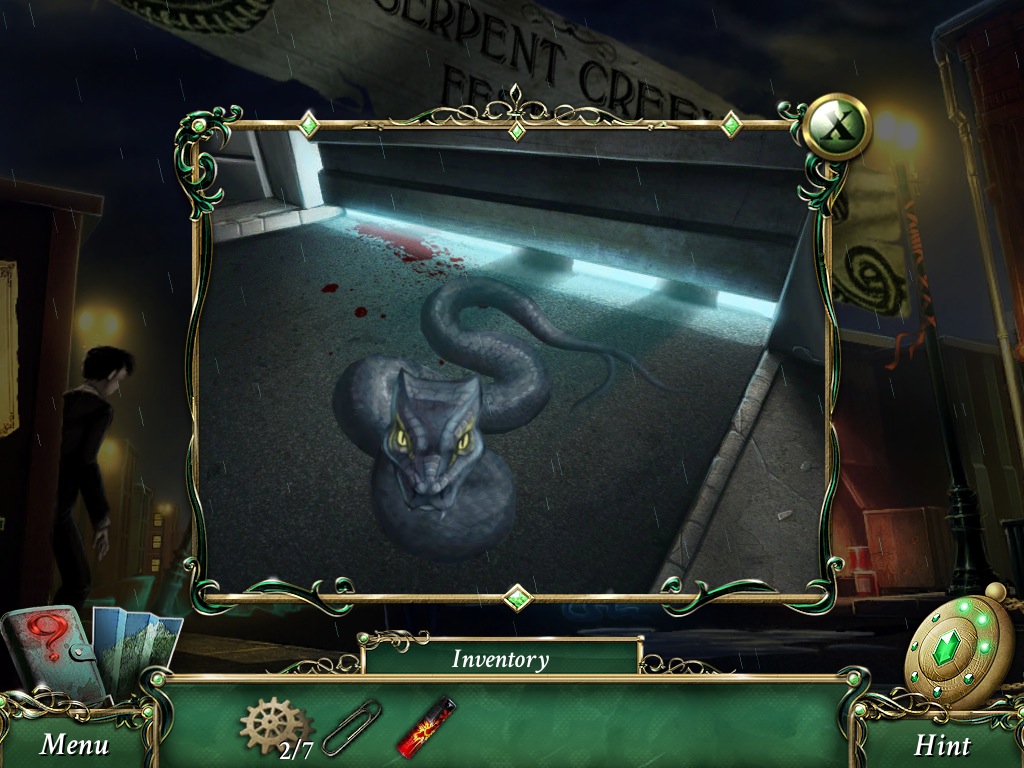 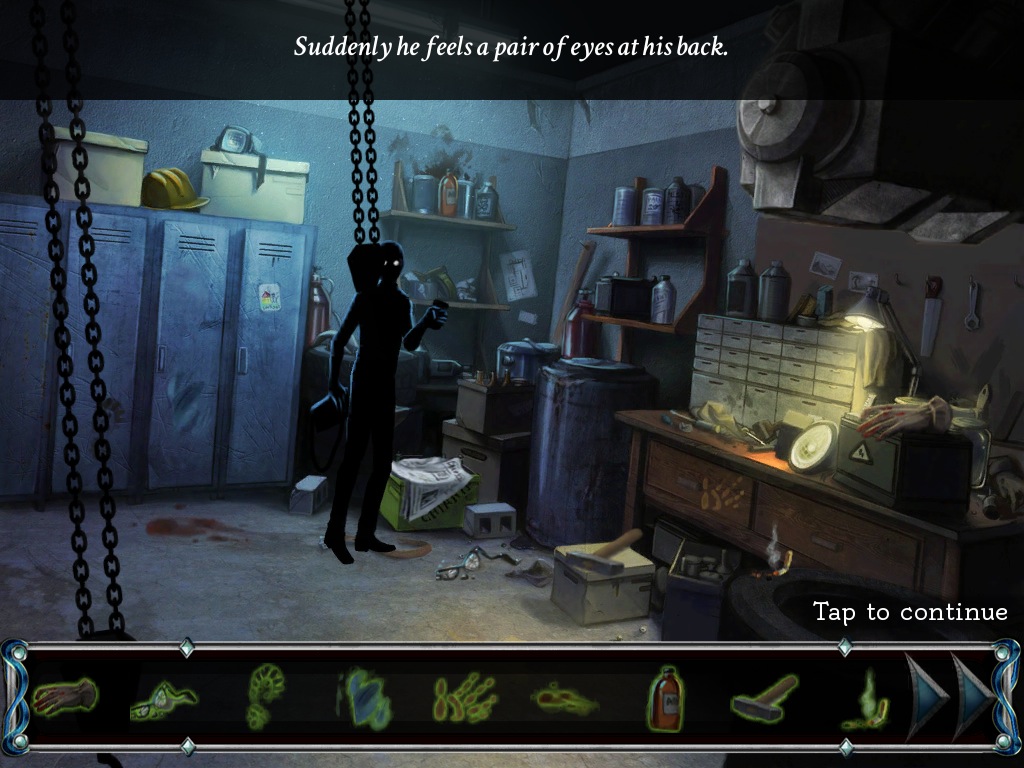 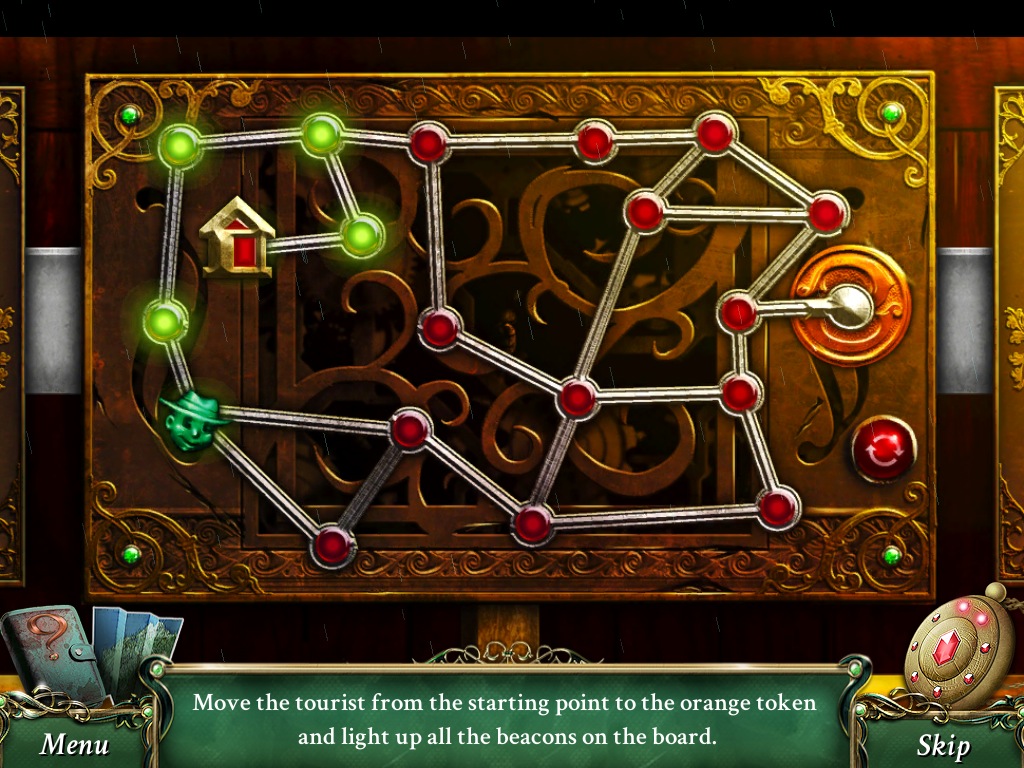 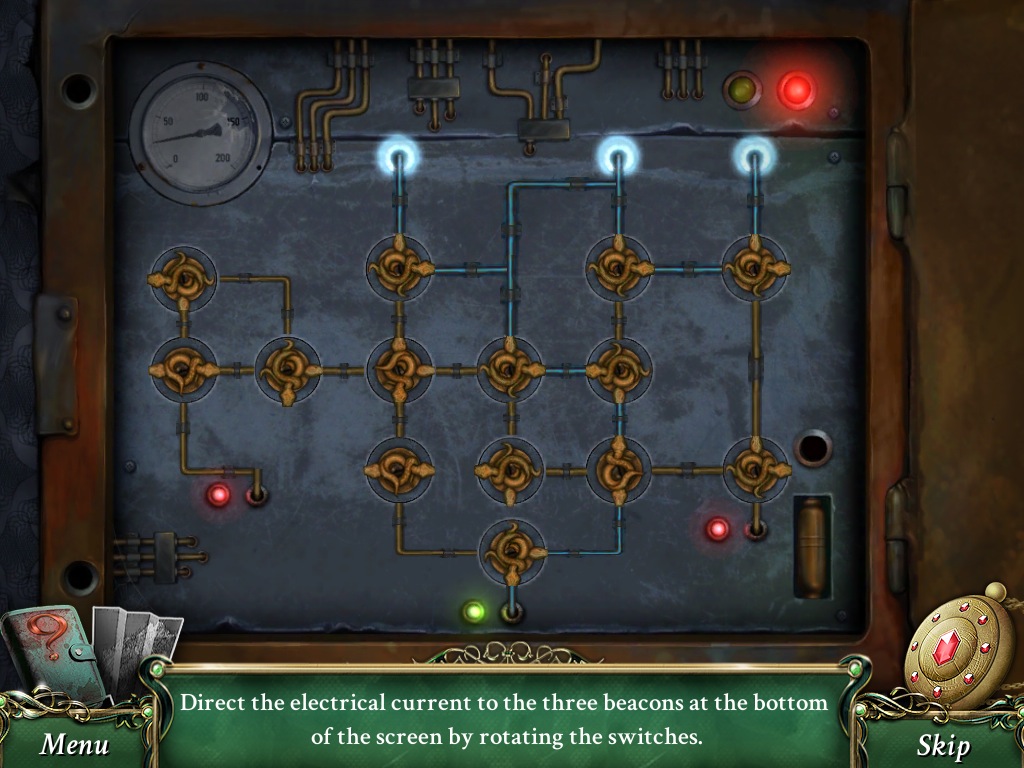 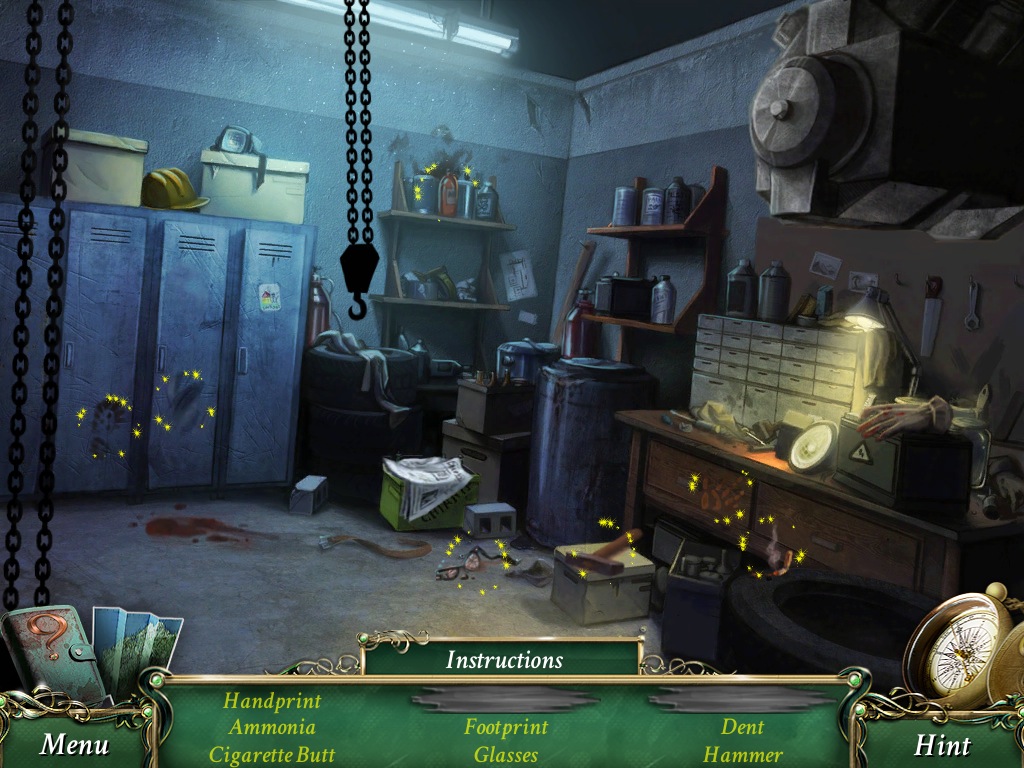 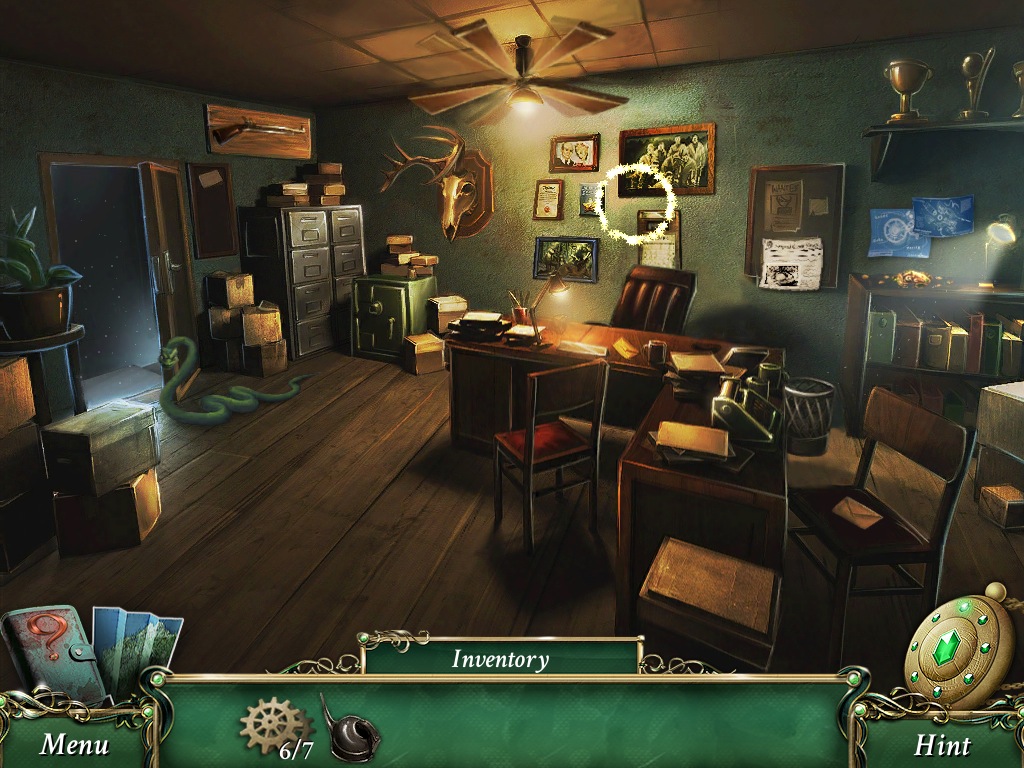 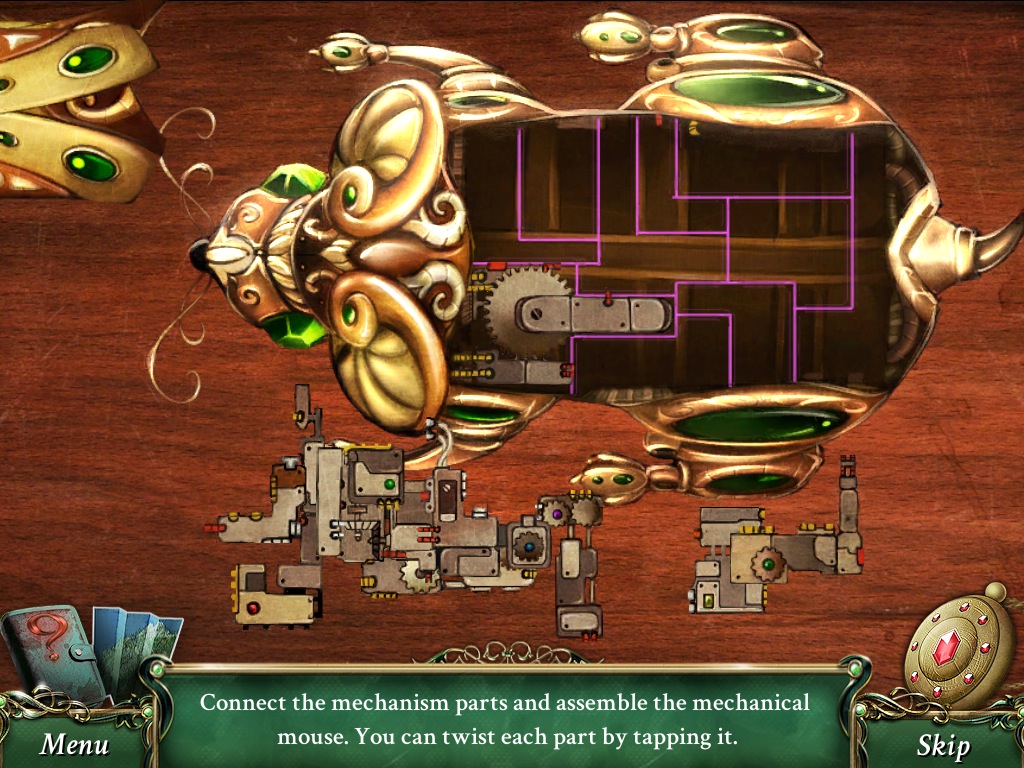