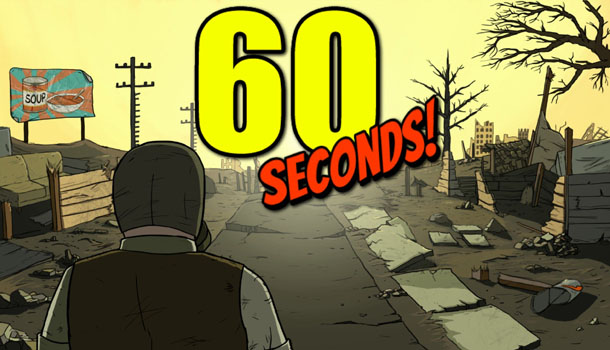 - Largely forgettable
- Not much to actually do

Imagine that you’ve just been given notice of a world-ending event, but it’s something that you’ve prepared for by building an underground shelter under your house. How long do you think it would take you to gather all the necessities to survive for a prolonged period of time in your bunker? How many days do you think you’ll be able to survive with these resources, and how long would you give it before you felt brave enough to venture above ground once again? Though these are heavy questions, 60 Seconds! deals with them in a relatively lighthearted way, asking you to take control of a family in this exact scenario, as they attempt to survive a nuclear apocalypse.

60 Seconds! can be broken down into two distinct sections: before and after the bombs drop. Before, you are given the titular 60 seconds to gather your family members and as many supplies as you can, and afterwards, you are forced to live with the consequences of your decisions, and you’re given a series of choices to determine how best to live out your time in the bunker. This secondary part of the game (hopefully) takes up the majority of your time in each play-through, and acts similarly to a choose-your-own-adventure book, where you’re presented with a number of scenarios and asked to decide the best way to proceed. Some of these scenarios can be predetermined by the objects that you picked up from your house, as you will need particular items to proceed successfully, meaning that you’re constantly living with the weight of your decisions. 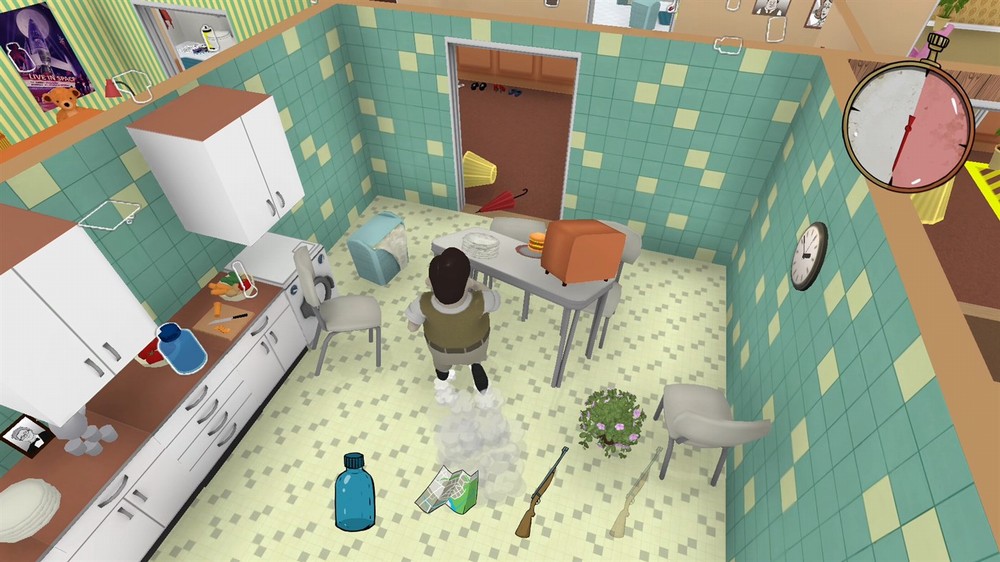 On top of this, you’re required to manage the hunger, thirst and sanity of your bunker’s occupants, and to do this you’ll have to make some tough choices about rationing food and water, and whether it’s worth risking sending someone out into the wasteland to search for more supplies. Sometimes those who leave the bunker will discover a bounty and come back with handfuls of supplies, and sometimes they might not come back at all. Other times, they will come back with deep-seated trauma or physical injuries, meaning that though they may have brought something valuable back with them, they will drain more of your limited resources now that they’re back in the bunker. There’s come surprising weight to a lot of your decisions, and I often found myself apologizing to some of the family, asking them to hold off just one more day until they could eat again, or feeling terrible for sending them out on a mission to the wastes woefully under-equipped, just because we needed to find water so badly.

Thankfully, 60 Seconds! does a good job of attempting to lift the mood by inserting moments of brevity, often through pop culture references found in journal entries, and through missions that ape cold war fears, such as a cat that is suspected of being a spy for the Russians. What also helps, and this surprisingly doesn’t have much effect on the attachment to your survivors, is the fact that you can blow through a individual playthrough fairly quickly, and you can easily begin a new game once you have failed (or succeeded) in a previous one. This means that you’re not spending hours and hours of time in the game, just to lose your progress because of a couple of bad decisions. It also helps that there a large number of scenarios to play through, meaning that each run feels different from the last, and it takes quite some time to activate every event that your group of survivors can encounter. 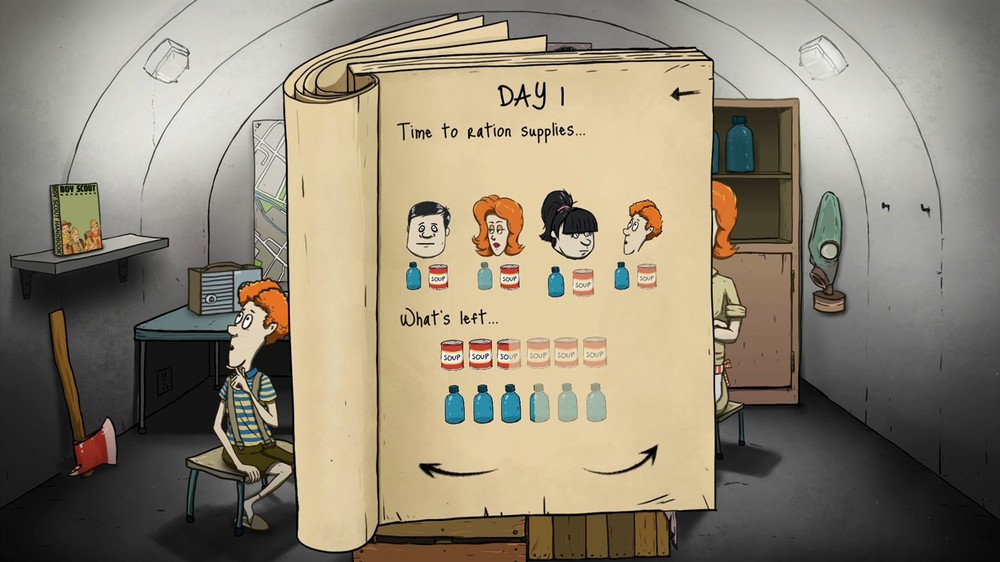 I did find, though, that after one run-through was completed, I wasn’t particularly enthused to immediately begin a new one, unless my previous run had been especially disastrous. This isn’t the kind of game that I can see someone settling on the couch and playing for hours, as it seems to function better as a once-a-day sort of hit. It’s the kind of game that would be perfect to play on mobile, as you could easily play through on a commute and be done. That’s not to say that the experience presented is unenjoyable, more that I can’t see this occupying a whole evening for someone. However, it is an enjoyable co-op experience, especially if your group start to argue about the best course of action, and grudges start to develop based on the outcomes of previous gambles.

60 Seconds! is the kind of game that I would happily keep installed on my console for when the urge to play strikes, but it isn’t kind of game where I would think about it much when I wasn’t playing. This is likely due to the self-contained nature of the game, as there isn’t a lot of continuity from one playthrough to the next, but it’s also due to the fact that each experience doesn’t have a lot of hooks, meaning that once the game is closed, I’m not thinking about things I’ve missed, planning how to get past tricky sections, or wondering how to obtain a useful item. It’s an entirely enjoyable experience when playing, but is ultimately forgettable once the controller is put down. 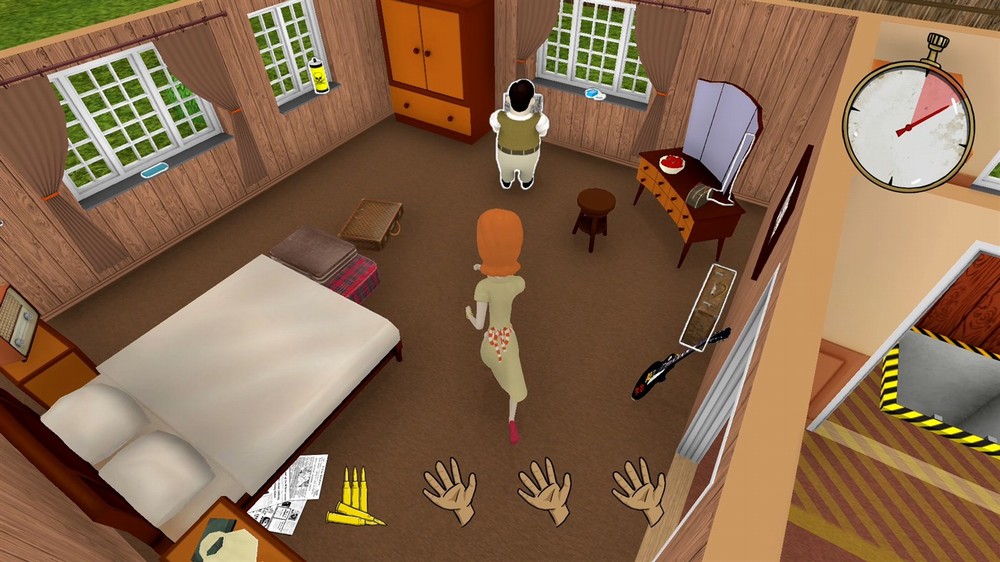 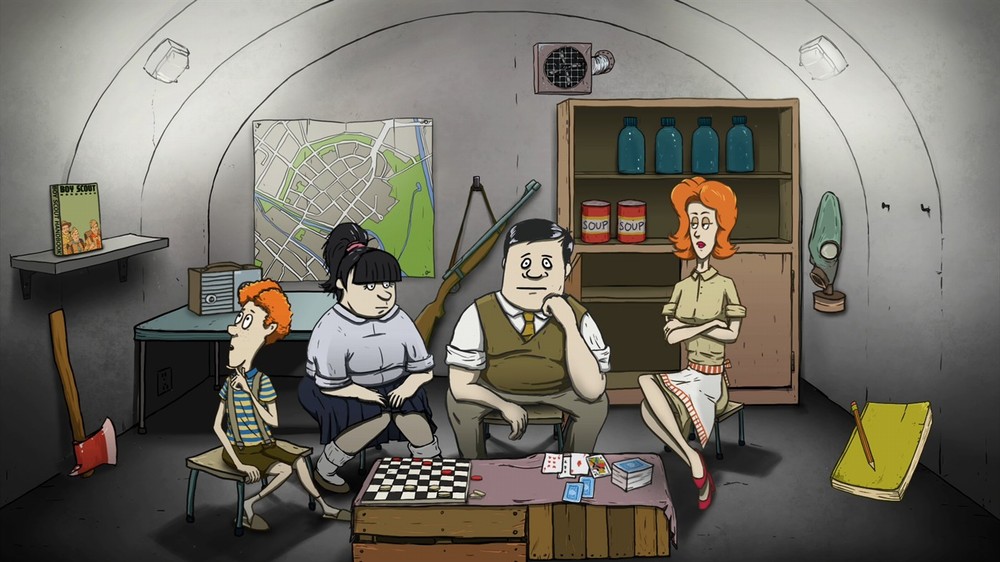 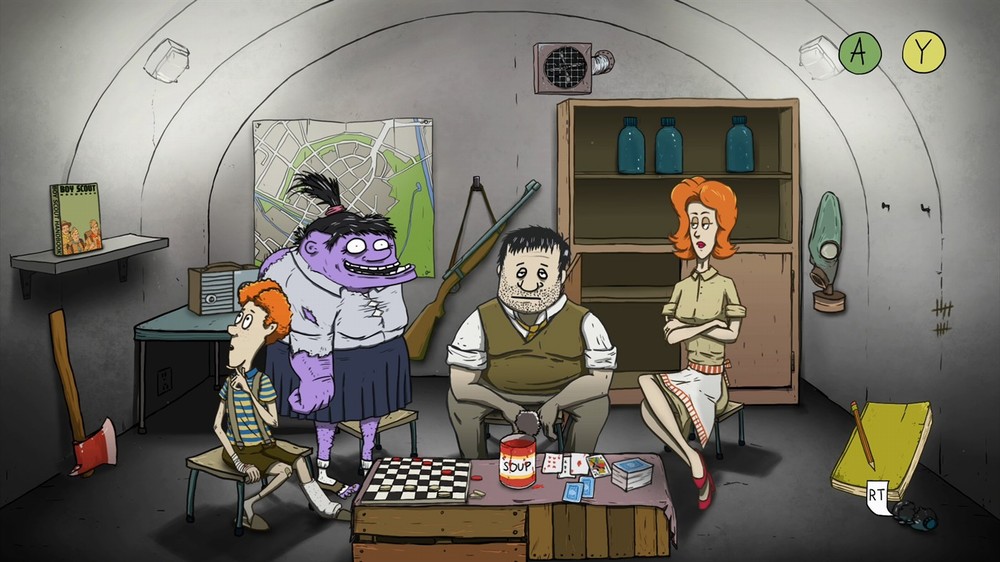 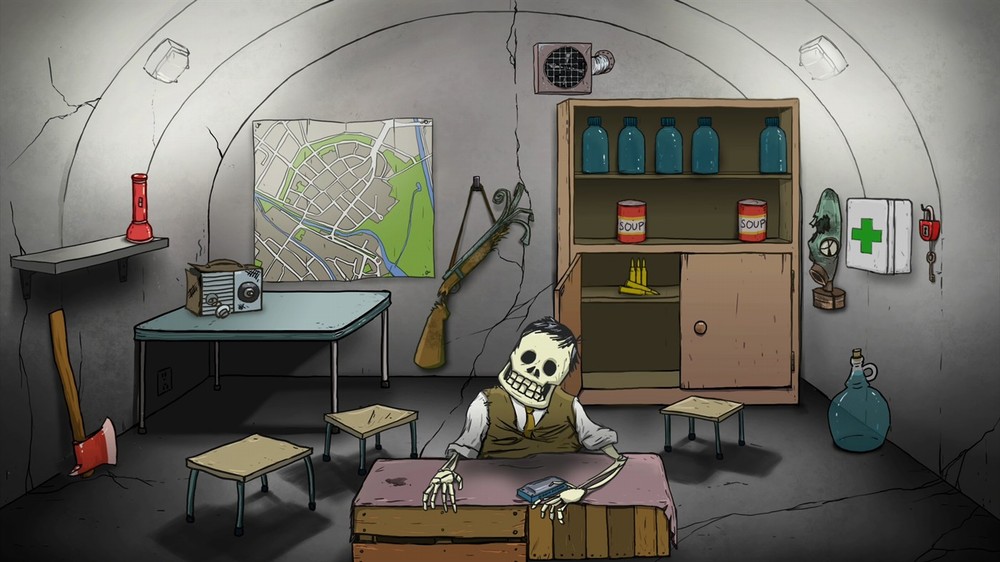