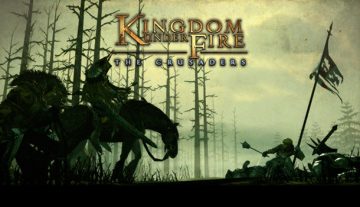 Blueside is excited to announce that the PC port of fan-favorite classic RTS action hybrid Kingdom Under Fire: The Crusaders will be releasing on Steam on February 28th. The PC port of the Xbox classic features the original’s beloved characters and lands of Bersia with a killer heavy metal soundtrack that fans still talk about today.

The cult action-strategy title has been adapted for modern-day PCs offering full controller support as well as the new keyboard and mouse mode with classic battlefields presented in widescreen HD. The grand world of Kingdom Under Fire is presented on a massive 3D map that players can use to plan their next attack or where to spend their resources to bolster their ranks. Strategy is key in Kingdom Under Fire as players will need to smartly upgrade their forces with powerful spells, special abilities, and equipment, or even change their forces’ classes to better fit their battle plans.

Players will once more be able to control powerful heroes with four unique perspectives and stories with two Dark Legion and two human nations to choose from. Players will need to master their hero’s attacks and combos in order to wade into battle and wreak havoc in fast-paced hack ‘n’ slash combat. Following the unique perspective of their hero, players will be able to turn the tide of battle in epic player-controlled moments and witness the disarray their attacks cause.