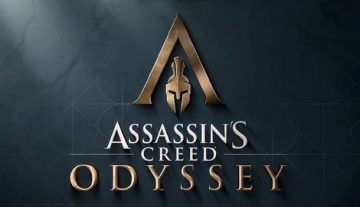 Today, Ubisoft® announced that Assassin’s Creed® Odyssey is now available on the PlayStation®4 computer entertainment system, the Xbox One family of devices and Windows PC. In addition, Assassin’s Creed Odyssey has been enhanced with extra features for both PS4 Pro and Xbox One X platforms. The game is rated M for Mature and is available for a suggested retail price of $59.99.

Assassin’s Creed Odyssey is set in Ancient Greece during the Golden Age of Athens amidst one of the deadliest conflicts in history, the Peloponnesian War. Playing as either Alexios or Kassandra, an outcast Spartan mercenary, players will embark on an epic journey into a living, systemic open world, where they will uncover the truth about their mysterious pasts and become legendary Greek heroes.

Assassin’s Creed Odyssey is the next step in the transformation of the Assassin’s Creed franchise into an open world RPG where players’ choices and decisions allow them to live their own unique experience. An all-new interactive dialogue system offers more freedom for players to choose from an array of role-play options that impact each adventure differently, while unfolding an intense story full of unique characters and meaningful objectives. Players will loot, level up and upgrade their weapons, gear and abilities as they charge into massive battles between Sparta and Athens. The return of open world naval combat allows players to explore the open seas, discover uncharted locations, customize their battle ships and recruit their own crew members with unique perks. With an entire country to explore, from Greece’s volcanic mountain ranges to its idyllic white sandy beaches, players will encounter legendary figures, famed statues, and mythological creatures as they experience an ancient world that constantly evolves and reacts to their every decision.

The launch of Assassin’s Creed Odyssey is just the beginning for players who journey into the glorious world of Ancient Greece and wish to continue progressing with new content. The Assassin’s Creed Odyssey live roadmap plan is the biggest and most ambitious in the franchise, deepening storytelling through its episodic structure. Season Pass owners will access two major storylines with three episodes each while all players will receive free story missions called The Lost Tales of Greece. Players can dive into new episodes as they premiere, or experience the epic adventures in their entirety once all episodes are available. The Season Pass also includes Assassin’s Creed III Remastered and Assassin’s Creed Liberation Remastered.

As a special bonus, Assassin’s Creed Odyssey players with Twitch Prime will receive the Aegean Pirate Pack for free until December 5. The pack includes a rare armor set, ship skin, pirate crew theme, and a skin for your horse, Phobos.

‘John Wick Hex’ Coming to PS4 on May 5
Be the first to comment!
Leave a reply »