Today, Ubisoft® announced the iconic U.S.S. Enterprise bridge from Star Trek: The Original Series will be playable in Star Trek™: Bridge Crew, the new virtual reality game where players explore space as a member of Starfleet. Under license by CBS Consumer Products, Star Trek: Bridge Crew will be available on PlayStation®VR, Oculus Rift and HTC Vive. In addition to the announcement of the original series bridge aboard the U.S.S. Enterprise NCC-1701, the new launch date on all platforms will be May 30.

Developed by Red Storm Entertainment, a Ubisoft Studio, Star Trek fans will be able to live out their Star Trek dreams as a member of the bridge crew aboard the famed U.S.S. Enterprise and the U.S.S. Aegis, a brand new ship created for Star Trek: Bridge Crew. Playable co-operatively with a crew of up to four or solo as Captain, players will be immersed into the Star Trek universe as they command a Starfleet vessel and complete missions that will determine the fate of their ship and crew.  The original U.S.S. Enterprise bridge will be playable in the Ongoing Voyages mode, which generates randomized missions for countless hours of solo and co-op adventure. 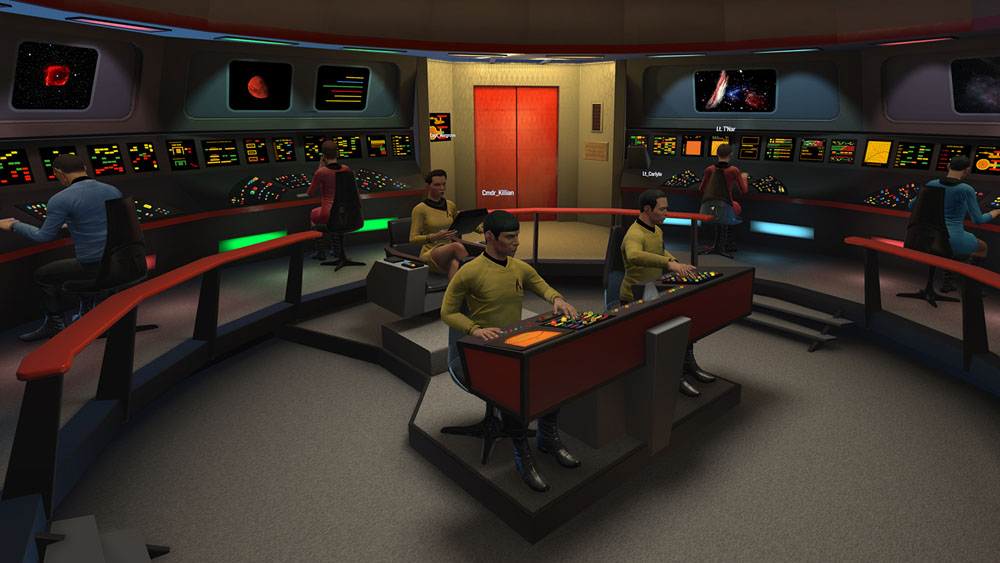 “We felt it was important to include a part of classic Star Trek with this game, especially during Star Trek’s 50th anniversary,” said David Votypka, Sr. Creative Director at Red Storm Entertainment. “The original U.S.S. Enterprise is such an iconic part of the franchise – it’s the ship that started it all.  The adventures and relationships that took place on the ship are a special part of Star Trek history, so we were determined to give players the opportunity to create their own adventures and stories on this classic ship.  We’re very excited to see player reactions when they step onto the U.S.S. Enterprise original bridge for the first time, and experience Star Trek: Bridge Crew in a whole new way. We’re also appreciative of players’ patience as we finalize work on the game to bring the Star Trek experience we envisioned to life.”

Star Trek: Bridge Crew marks the most recent project in virtual reality for Ubisoft, which believes in the strong potential of VR to redefine social gaming with a unique sense of reality. Ubisoft recently released the games Werewolves Within™ and Eagle Flight™, and announced a VR partnership with the film company SpectreVision.