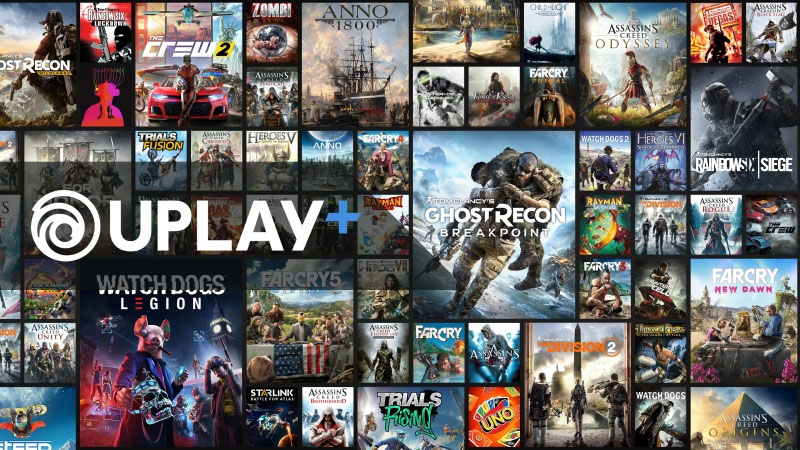 Today at E3, Ubisoft announced that Uplay+, its new subscription service, will launch on September 3, 2019, for Windows PC. For $14.99/month, players will have unlimited access to download more than 100 games, including new releases, the latest released games, back catalog, premium editions and additional content packs. Players who sign up for Uplay+ between June 10 and August 15 will be able to access* a free trial of Uplay+ from September 3 to September 30. Uplay+ will also be available on the new generation gaming platform, Stadia, in 2020.

Uplay+ will give players the opportunity to discover the best Ubisoft games on PC, with unlimited access to more than 100 games, including DLC**, right at launch on September 3. In addition, subscribers will automatically be included in beta access and early access programs for upcoming titles***, including the Tom Clancy’s Ghost Recon® Breakpoint closed beta on September 5, and the Tom Clancy’s Ghost Recon® Breakpoint Ultimate Edition on October 1 – three days prior to the game’s worldwide launch.

“The video game industry is constantly shifting, and our players’ needs are evolving. At Ubisoft, we are committed to offering our players the best experience and the opportunity to discover the different worlds we’ve created for them. With Uplay+, we are able to provide more freedom for players by making it even easier to access our extensive catalogue,” said Brenda Panagrossi, vice president of Platform and Product Management.

To sign up for Uplay+ and be enabled access to the service for free from September 3 to September 30, register by August 15, 2019, at uplay.com.