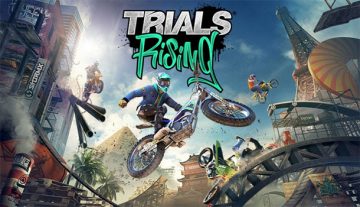 Today, Ubisoft announced that Trials Rising Open Beta will take place February 21 to February 24 on PlayStation®4 computer entertainment system, the Xbox One family of devices including the Xbox One X, Nintendo SwitchTM and Windows PC, with a pre-download starting February 19. This Open Beta is an invitation for all players to get a taste of the over-the-top action ahead of Trials Rising’s worldwide launch on February 26.

Trials Rising brings the biggest and most compelling sequel of the franchise to date, combining the acclaimed classic gameplay, a fresh new look, more competition and over-the-top action praised by fans, plus all-new features.

During the Open Beta, riders will have access to a special set of features and progression flow, along with Global Multiplayer. This includes:

For more information about Trials Rising and to register for the Open Beta, please visit: https://www.ubisoft.com/en-us/game/trials-rising