Ubisoft Announces For Honor Will Be Playable On Next-Gen Consoles 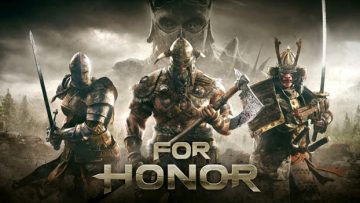 Today, Ubisoft announced that an upcoming For Honor® update will make the game playable at each respective console launch, on Xbox Series S in 1080p resolution and on PlayStation®5 and Xbox Series X in 4K resolution. For current-gen game owners on PlayStation®4 or Xbox One, For Honor will be playable on next-gen consoles for free through next-gen backward compatibility. Current-gen game owners’ player profiles, including all purchases and inventory, are automatically shared with their next-gen counterparts. Additionally, 60 FPS gameplay will be available for all next-gen consoles in early December for the start of For Honor’s upcoming season.

Starting today, players can register for each of the four Open Pools. Registered teams will compete in the online Open Pools to earn a spot in the Qualifier.

The Open Pools will run on the following dates, and players can register now on battlefy.com/DominionSeries.

The Dominion Series will kick-off with the four top-ranking teams from the Open Pools progressing onto a Qualifier taking place on December 5. The first- and second-ranking teams in each region’s Qualifier will qualify for the Finals on January 23.

The Dominion Series Finals will be broadcasted live on January 23, 2021, with four teams from North America and four teams from Europe battling to be crowned the one winning champion team from each region.

For extensive details on the Dominion Series, please visit battlefy.com/DominionSeries.

To keep up with the For Honor competitions, follow us at twitter.com/ForHonorGame.