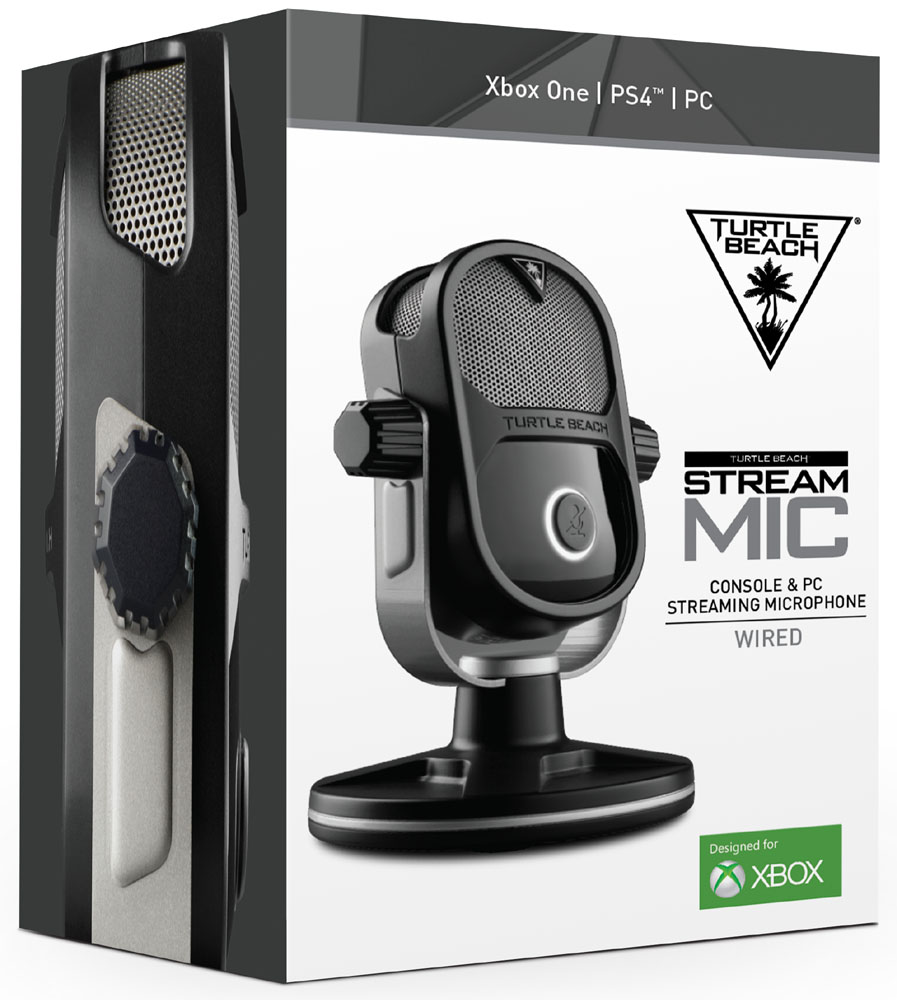 This weekend Turtle Beach Corporation, a leading audio technology company for over 40 years, launches the all-new TURTLE BEACH® STREAM MIC – a first-of-its-kind professional-quality desktop microphone created for gamers livestreaming from their consoles. Livestreaming has a massive presence in the world of entertainment. Content creators actively livestream everything from competitive matches for their fans to enjoy, to video walkthroughs and tutorials on Twitch, MLG.tv and YouTube. With the STREAM MIC, gamers and content creators are now able to livestream with professional quality audio directly from their Xbox One, as well as from PS4™ Pro and PS4™, PC and Mac thanks to universal plug-and-play compatibility. The STREAM MIC has a MSRP of $99.95 and will be available at participating retail outlets starting this Sunday, October 23, 2016.

“With the continued growth of console livestreaming, we saw an opportunity to not only enter a new market, but to do so in true Turtle Beach form by introducing another high-quality product that works across multiple platforms and improves the experience through innovative features and better audio,” said Juergen Stark, CEO, Turtle Beach Corporation. “Not only is the STREAM MIC the first and only mic that allows gamers to livestream directly from Xbox One (in addition to the other platforms), but it also provides studio-quality digital voice processing tools and software designed to elevate gamers’ livestreaming content to new heights.”

Though the STREAM MIC is the first product in an all-new category for Turtle Beach, the company’s proven audio expertise clearly shines through, as evidenced by highly positive early consumer reviews on Amazon as well as from notable content creators alike, all touting the sound, features, flexibility and ease of use:

“As someone obsessed with sound quality, the ability to get studio level quality from the STREAM MIC is astounding,” said Ben “ProfessorBroman” Broman*, Content Creator on Twitch and YouTube. “I’m always on the lookout for new tech to bring to my broadcast, and the sound quality, flexibility and ease of use makes the STREAM MIC my first choice in all broadcast situations.”

“Just plugged in the STREAM MIC from Turtle Beach, and bam, crisp audio for my PS4 lobby,” said Joseph “Swiftor” Alminawi, Content Creator on Twitch and YouTube. “Using the STREAM MIC, the players in my lobby easily got the best audio they’ve ever heard from me.”

“The Turtle Beach STREAM MIC is perfectly sized and enhances my audio quality more than I could have imagined,” said Mike “SattelizerGames” Misetich, Content Creator on Twitch. 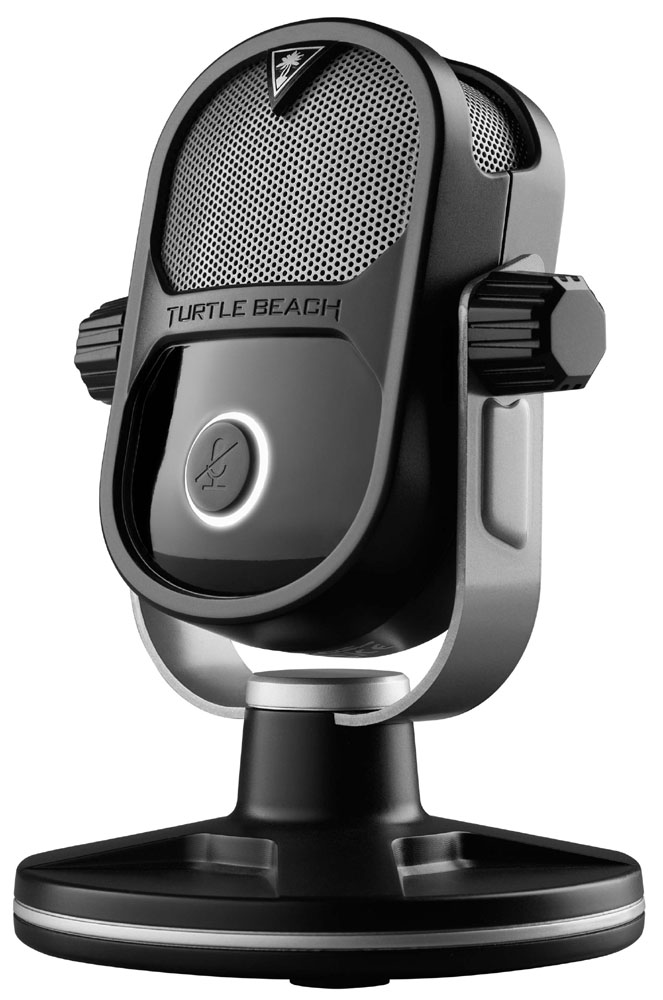 In addition to the ability to livestream gameplay directly from multiple platforms, the STREAM MIC features adaptive mic patterns and fully customizable software, while a dual-capsule mic array with advanced digital processing supports multiple pick-up patterns for different applications and environments, and a zero-latency headphone output provides accurate monitoring so anyone can stream like a pro.

Full details for Turtle Beach’s STREAM MIC are below: 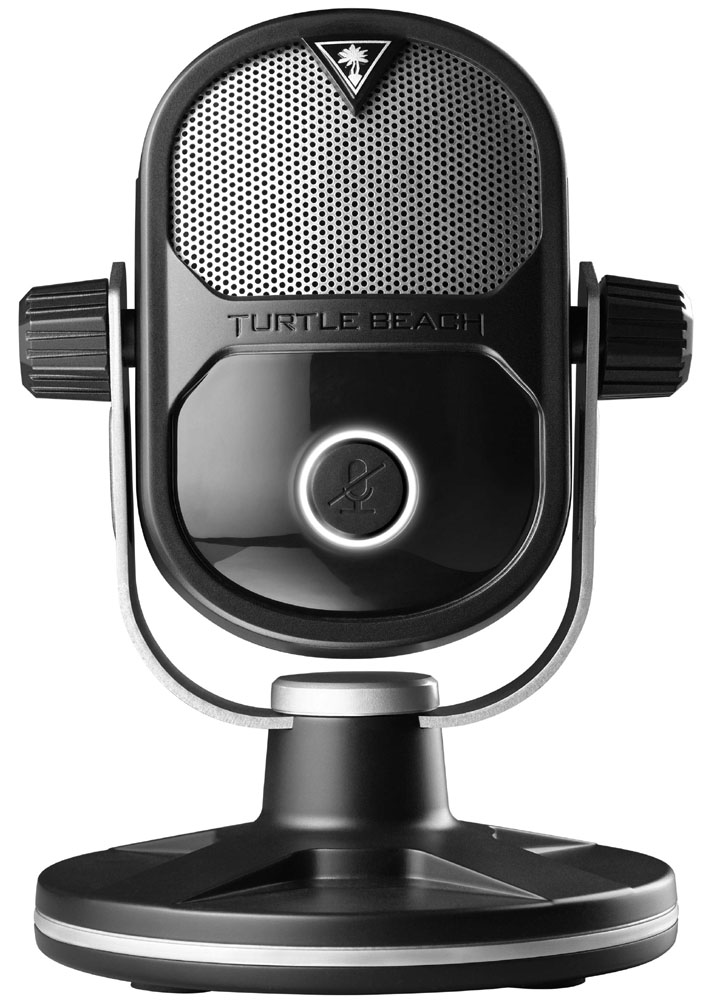 ASTRO Gaming Reveals New A20 Gaming Headset Designed for Next Gen
Be the first to comment!
Leave a reply »