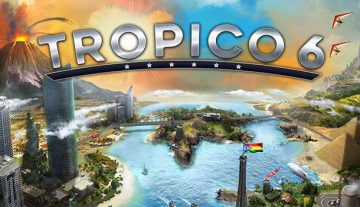 Kalypso Media is best known as a publisher of strategy and simulation games, with the critically acclaimed Tropico series as the company’s flagship brand. 2019 sees the launch of the latest installment in this beloved series, with the highly-anticipated Tropico 6 scheduled to release on PC and consoles.

After going through rigorous in-house testing and taking on board all the feedback collected from the closed beta and the wider Tropico community, Tropico 6 is shaping up to be a great game. However, great is not enough when it comes to El Presidente. As always, Kalypso is striving to deliver an outstanding gameplay experience to make Tropico 6 the best in the series to date, and as such has taken the difficult decision to move the release of the PC, MAC and Linux versions to March 29, with a retail version to follow on April 2, in order to allow sufficient time to implement as much of the fans’ feedback as possible and work on final balancing and polishing to raise the level of quality expected from this flagship brand to what the Tropico fans and community deserve.

Simon Hellwig, owner and managing director of Kalypso Media, has prepared an open-letter to the Tropico community and shared it through the company’s forums and social channels.

As a thank you to the loyal Tropico fans who have supported us through the development of the game, we will be offering the first major Tropico 6 DLC free of charge to anyone who has pre-ordered the game by 1:00PM EST on January 10. The additional content will automatically be added to qualifying players’ game upon release in Q2 2019.

Tropico 6 is available to pre-order now via the Kalypso Shop and other digital platforms as either the standard version (with instant access to the closed beta) or as a special El Prez Edition, including two tourist outfits for your Presidente, a flamingo pond for your customizable palace, digital soundtrack, digital calendar and instant beta access.

About Tropico 6
El Presidente is back! In times of political turmoil and social unrest, the people are calling out for a visionary leader, one who will steer the fate of their country with foresight and ingenuity. Prove yourself once again as a feared dictator or peace-loving statesman on the island state of Tropico and shape the fate of your nation through four distinctive eras. Face new challenges on the international stage and always keep the needs of your people in mind.

For the first time in the series, manage extensive archipelagos, build bridges to connect your islands and use new means of transportation and infrastructure. Send your Tropicans on raids to steal the wonders of the world, including the Statue of Liberty and the Eiffel Tower. Customize your palace at will and give election speeches from your balcony, to win the favor of your subjects.

Tropico 6 is scheduled for a worldwide digital release on Windows PC, Mac, Linux on March 29 and US boxed retail on April 2. Console versions are set to follow in summer 2019 on PlayStation®4 and Xbox One.