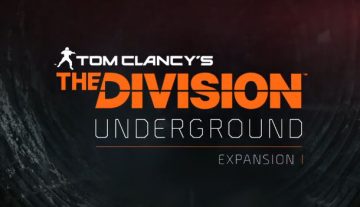 Today, Ubisoft® announced that the Underground expansion for Tom Clancy’s The Division™ is now available on PlayStation®4 computer entertainment system. Underground is available with the Season Pass or can be purchased separately for $14.99.

In the Underground expansion, agents must fight a war on two fronts. Below the streets of New York, enemy factions are regrouping and preparing a large-scale attack. Players will confront these threats with up to three friends as they explore randomly generated dungeons comprised of subways, tunnels and sewers and recover powerful loot. While in Hell’s Kitchen, the Dragon’s Nest Incursion offers the biggest challenge to date, where the Cleaners are developing a devastating new weapon and have set their sights on the Base of Operations as their first target.