“We are going back to our roots by creating a game in a genre we are truly passionate about,” said Fiona Sperry, Founder and CEO of Three Fields Entertainment.  “Danger Zone takes what made the Crash Mode featured in 2004’s Burnout 3: Takedown so popular and transforms it into an all-new car-crashing, arcade-style puzzle game. We look forward to engaging those same fans by delivering an entirely new and extremely fun experience.” 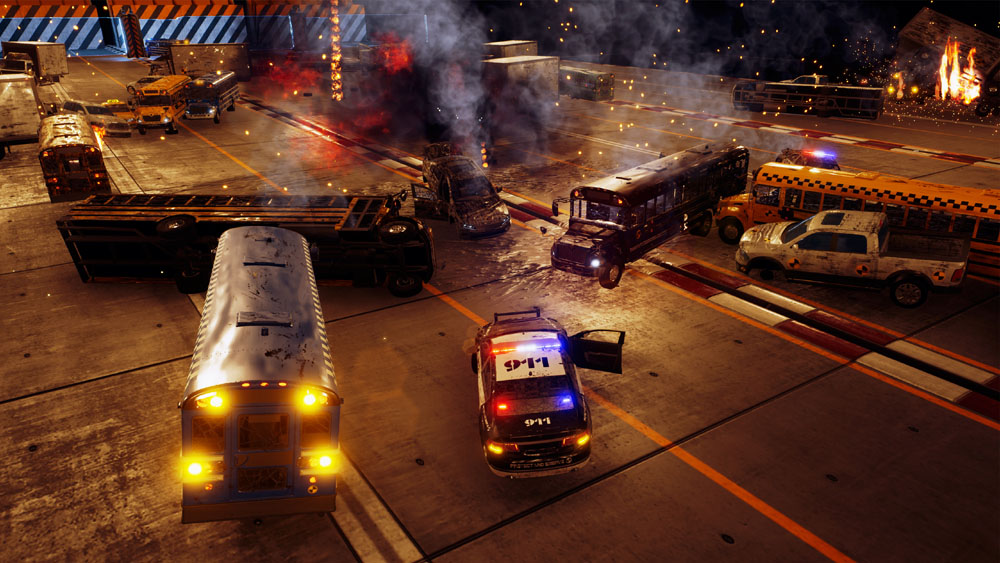 In Danger Zone, players are challenged to drive into the junction and create the biggest First Impact that causes enough vehicles to crash to earn a “SmashBreaker,” turning their car into a bomb that can explode on command.  Players score for how many cars they crash, with bonus points awarded for exploding cars by hitting them while in “SmashBreaker” or for pushing them off the road entirely.  If the player’s car falls off the road, it’s game over.  Connected leaderboards allows comparison of player scores for the friends you play against and the rest of the community.