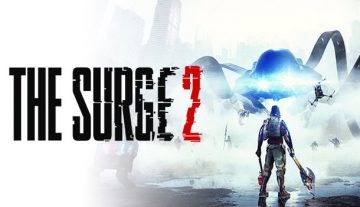 The Surge 2 is almost upon us, so get ready to pick apart all who stand in your way with brutal elegance on PlayStation 4, Xbox One and PC when it releases September 24. Deck13 and Focus Home Interactive are pleased to announce that Action-RPG The Surge 2 will support 4K gameplay on the PlayStation 4 Pro and Xbox One X. Witness the beautifully grotesque fusion of man and machine in detailed splendor!

The City of Jericho crumbles from within, as its various districts are populated by addicts, gangs, and hostile nanomonstrosities. With weapon in hand and drone in tow, explore the dystopian megacity either in upscaled 4K at 30fps, or fluid 60FPS at 1080p on both PlayStation 4 Pro and Xbox One X.

The combat is intense. With 80 weapons to choose from, a directional parry system, dodge mechanics, drones, and a huge range of brutal execution moves, you can approach combat in the way that suits your playstyle. Charge in and pound your enemies into submission with punching gloves or sting like a bee using the spear.

Pre-orders are now available on PlayStation 4, Xbox One, and PC, and come with the URBN Gear Pack, which includes a new armor set, two new weapons, and other cosmetics and equipment. Break the bonds of humanity and upgrade to survive on September 24.