The Power of Numbers – Defending a Score
Written by Mark Smith

It’s only been 48 hours since my review for Mario Kart Wii went live, and word has already spread to the furthest reaches of the Internet about the 4.2 score attached to the article. Rather than create logins and passwords for two-dozen websites and forums I normally don’t visit to defend my score I thought I would write something here. And if you run one of those two-dozen websites, please feel free to replicate this response on your own website or forum.

To all Mario Kart fans: 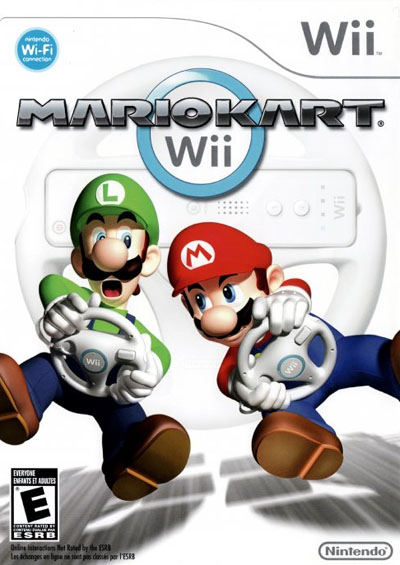 I am terribly upset that two numbers separated with a decimal point have become so upsetting and controversial for you. Frankly, I find the fact that 4.20 might be appearing on my local gas station sign far more upsetting and a REAL threat to society than one man’s opinion for a video game.

Before I even wrote this review I knew there were raging fan boys out there already playing and loving it, which is why I prefaced my review with “Now I don’t expect to change the hearts and minds of the thousands (perhaps millions by now) who have already purchased the game…” but it is interesting to know that your personal convictions for a video game can be challenged by one review score. Is the fan boy newness of Mario Kart starting to wear off? Is the shallowness of the gameplay starting to reveal itself?

First off, a 4.2 at GCM, as defined by our very own review score system which you can read by clicking on that “?” by the offending numbers merely indicates a game we deem as BUDGET or RENTAL. It means, wait for a $10 price drop, or try renting it first, just to be sure you like it, hardly as offensive or anti-Nintendo or anti-Mario as everyone wants to think.

Secondly, we don’t intentionally post low scores to attract attention to the site or ourselves. We do quite fine without sensational journalism. And since we are a non-profit website run BY gamers FOR gamers we don’t really care that much about web traffic or ad revenue. We are a self-sustaining entity. Whose score are you more inclined to believe; a site with nothing to lose or a site that owes allegiance to advertisers and game publishers?

What a boring world it would be if everybody agreed with everybody else. If you think a game deserves 9.0 do you really want to go read a bunch of reviews that agree with you? Why? Do you really need to reinforce your own opinion that much? Do you even need to read a review after you have already purchased the game?

As a reviewer I have to keep myself from reading other reviews, at least until my own is posted. When my 4.2 showed up on the bottom of the list at Gamerankings and Metacritic I was surprised, but I wasn’t going to alter my score to conform to public opinion or just “fit in”. Sure, I could have given the game a 6.1 and been the 2nd lowest score on the web and nobody would have cared…or at least not as much. Oddly enough, the people who should care, Nintendo, haven’t emailed, called, or complained.

And finally, for those who challenge my qualifications as a game reviewer…just a few personal stats to smooth your ruffled feathers: I’ve been playing video games since I was 14 (30 years), I have written more than 2000 game reviews in the past 10 years, I love racing games (my second favorite genre next to FPS) and I am pretty good at Mario Kart on GameCube and NDS.

I stand by my original review and the 4.2 score. The 150cc class is a game-stopping paradox, at least when it comes to solo modes. Sure, you can play the game a hundred times and eventually FATE will deal you the right deck of cards so you can cross (or limp over) the finish line, but any racing game that relies more on luck than skill is not much of a racing game.

But that is just my opinion, much like the original review was, and thankfully I have just as much right to express that opinion as you do to disagree with it. So rather than hanging out in the forums defending Mario Kart against one rogue review, how about going back and enjoying the game you obviously love so much. Much like our review, Mario Kart will become a forgotten memory when the next big release hits.

Revolution Disillusion
Be the first to comment!
Leave a reply »