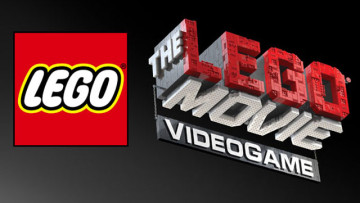 The LEGO Movie Videogame is now available for Xbox One, Xbox 360, PlayStation 4, PlayStation 3, PlayStation Vita, Wii U, Nintendo DS and PC. Released today alongside “The LEGO Movie,” this awesome adventure harnesses the power of the Master Builders for a LEGO experience unlike any other.

The LEGO Movie Videogame, released with the highly anticipated “The LEGO Movie,” from Warner Bros. Pictures, Village Roadshow Pictures and LEGO System A/S, takes players on an awesome adventure through fantastical LEGO worlds, including Bricksburg, Cloud Cuckoo Land and the Wild West of Flatbush Gulch. And for the first time ever in a LEGO game, all environments are made entirely of digital LEGO bricks.

“We challenged ourselves to introduce a new element never-before-seen in any LEGO game and did that with environments made entirely out of LEGO bricks, giving players more authentic opportunities to interact with the world around them,” said Tom Stone, Managing Director, TT Games Publishing. “This is a chance for every LEGO builder to collect LEGO instruction pages and harness the powers of the Master Builders.”

Based on the humorous and action-packed events from the film, The LEGO Movie Videogame a character prophesized to save the world from an evil LEGO tyrant.  Using the abilities of more than 90 characters inspired by the film, which include an unlikely cast from some of the world’s most beloved and well-knowing properties, including DC Comics Super Heroes like Superman, Batman and Wonder Woman, family members of all ages will navigate 15 exciting levels in the console version and 45 action-packed missions in the handheld version.  With unexpected moments and twists at every level, gamers will build their way -through a uniquely LEGO adventure on their ultimate mission to bring creativity to their LEGO world.