The Evolution of a Prince

Inspired, admired, and quite well-attired, the modern Prince of Persia represents a pinnacle of gaming heroes. To create a central character to whom players could immediately relate, who would provide the point of connection between gamer and game, the development team combined research, attention to detail, a massive amount of animations and cutting-edge physics. But they went even further – while the Prince possesses extraordinary abilities, he is human, and like any individual, he grows and evolves based on the experiences he encounters during the game.

In Prince of Persia: The Sands of Time, the Prince lives the adventure instead of living the game. A subtle difference, perhaps, but a crucial one: in addition to gaining access to more power and additional weapons as he progresses, the Prince also undergoes psychological changes as he advances on his quest to recapture the Sands of Time and restore peace to his land. To remain consistent with the overall level of quality in the game, the Prince reflects the story and content of the game – not just the aftermath of his actions. The team, inspired by Bruce Willis’s transformation from Ordinary Joe to Fighting Machine in the first Die Hard, made sure that the main character is affected by the narrative arc of the story. Players can see these changes in a number of ways, including the Prince’s wait animations. At the beginning, he’s eager to fight, chomping at the bit and a bit nervous – later in the game, he becomes more focused, less eager, and more strategic.

The Clothes Make the Man

The Prince’s physical appearance changes through the game to reflect these internal changes. When the adventure begins, the Prince is a talented but inexperienced fighter, an apt pupil but untested in the field. His traditional costume – head covered, long sleeves – reflects his lack of real-world experience. Gradually, as he encounters enemies, traps, puzzles and other tests of mettle, the Prince becomes a battle-scarred, stripped-down warrior – shirtless, scratched and grimy. Otherwise it would feel too fake, like an old Western where the actors fight in mud but their shirts stay clean and white.

That’s not to say the Prince doesn’t care about the way he looks – he is human, after all. And a bit cocky to boot. His white pants come, of course, from the first, classic Prince of Persia games – the Prince has to have the white pants, but white isn’t the best color for battle. As the Prince fights, and rolls on the ground, his pants become dirty. If players pause for a bit without touching the stick, the Prince will actually brush the dirt from his pants – it doesn’t do anything to advance the game, but it’s yet another detail that helps convey the richness and depth of the character. 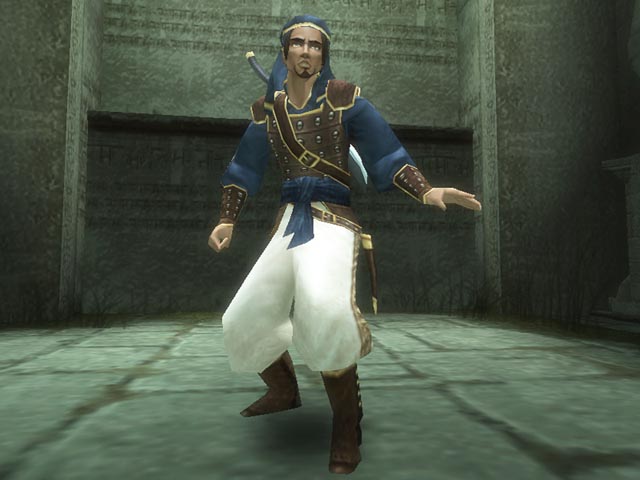 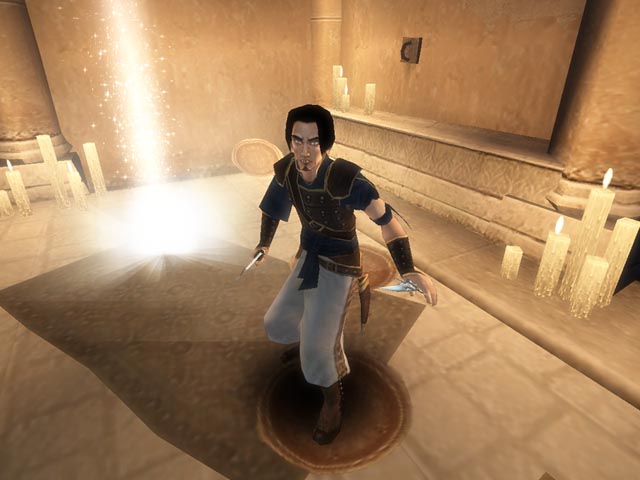 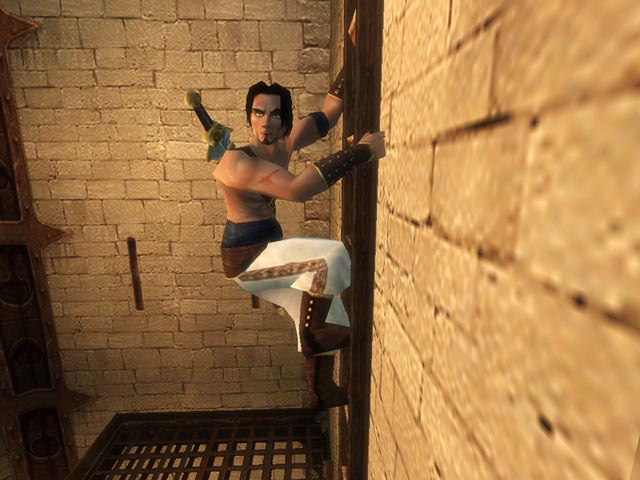 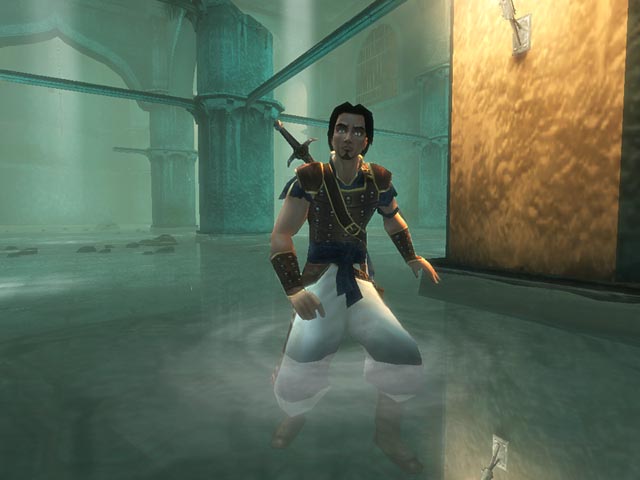 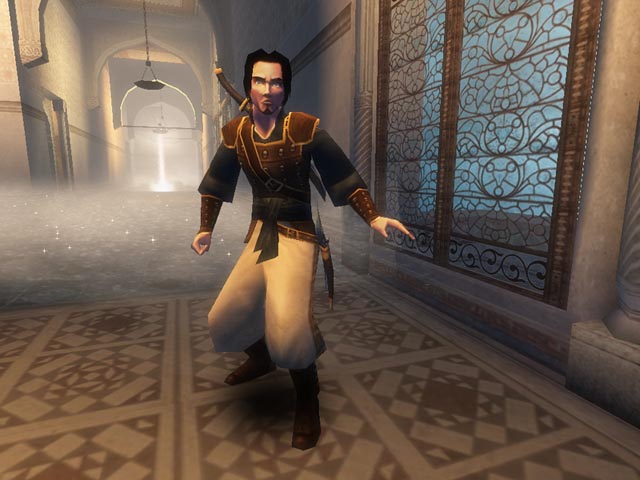 PRINCE OF PERSIA: THE SANDS OF TIME IS SCHEDULED TO SHIP FOR
PS2, XBOX, GAMECUBE AND GAMEBOY ADVANCE IN TIME FOR HOLIDAY 2003!
4 people like this
Editorial Archives